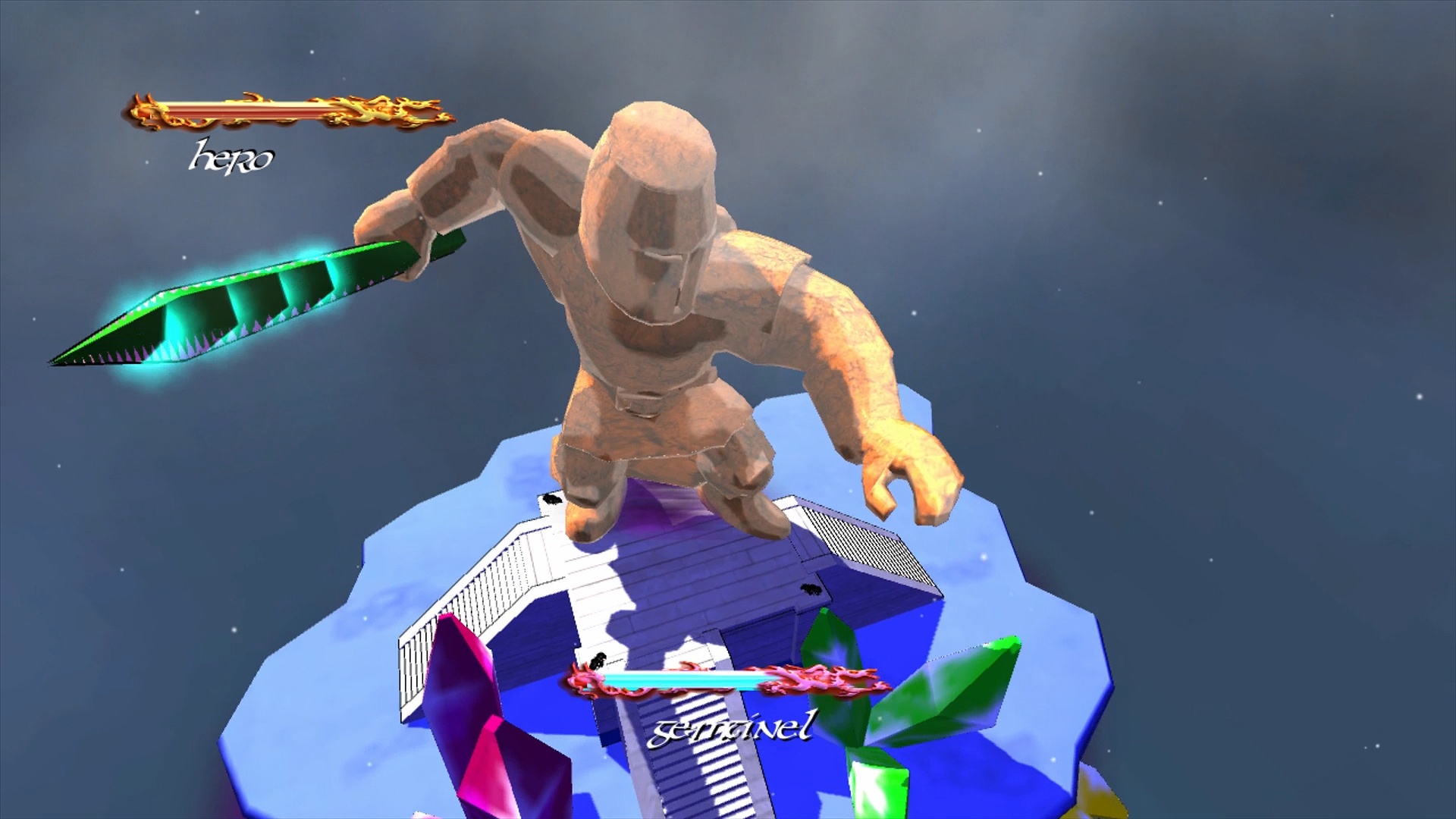 First and foremost, I would like to apologize to anyone who read the first draft of this article which was published a few days ago, in which I boldly claimed that this game was severely glitched and as a result unplayable. This game isn’t glitched at all. I’m just dumb. You see, I had become so used to playing Wii U games exclusively with the GamePad that when I couldn’t start this game, it never crossed my mind to consider playing it with the TV on. But, my lack of common sense aside, I’m glad to present you with a real review of Wings of Magloryx!

The graphics in Wings of Magloryx, though not the best the Wii U has to offer, are still very pleasant to behold. Coupled with well designed levels which the player can access and view from many angles in order to experience them in all of their glory, the visual aspect of this game, though not quite awe-inspiring, is still attractive and enough to rope the player into the game and keep them interested.

These pleasant graphics are accommodated by a well-made soundtrack. This soundtrack features calm, soothing tunes during the menu screens, which switches to intense, fast-paced music for when the player is sent into a level to begin destroying things. Overall, the music was well-chosen and fits the places it appears in very well. The sound effects, such as the dragon’s wings flapping and buildings breaking apart, are mediocre at best. Nevertheless, the auditory aspect of this game is overall a plus. 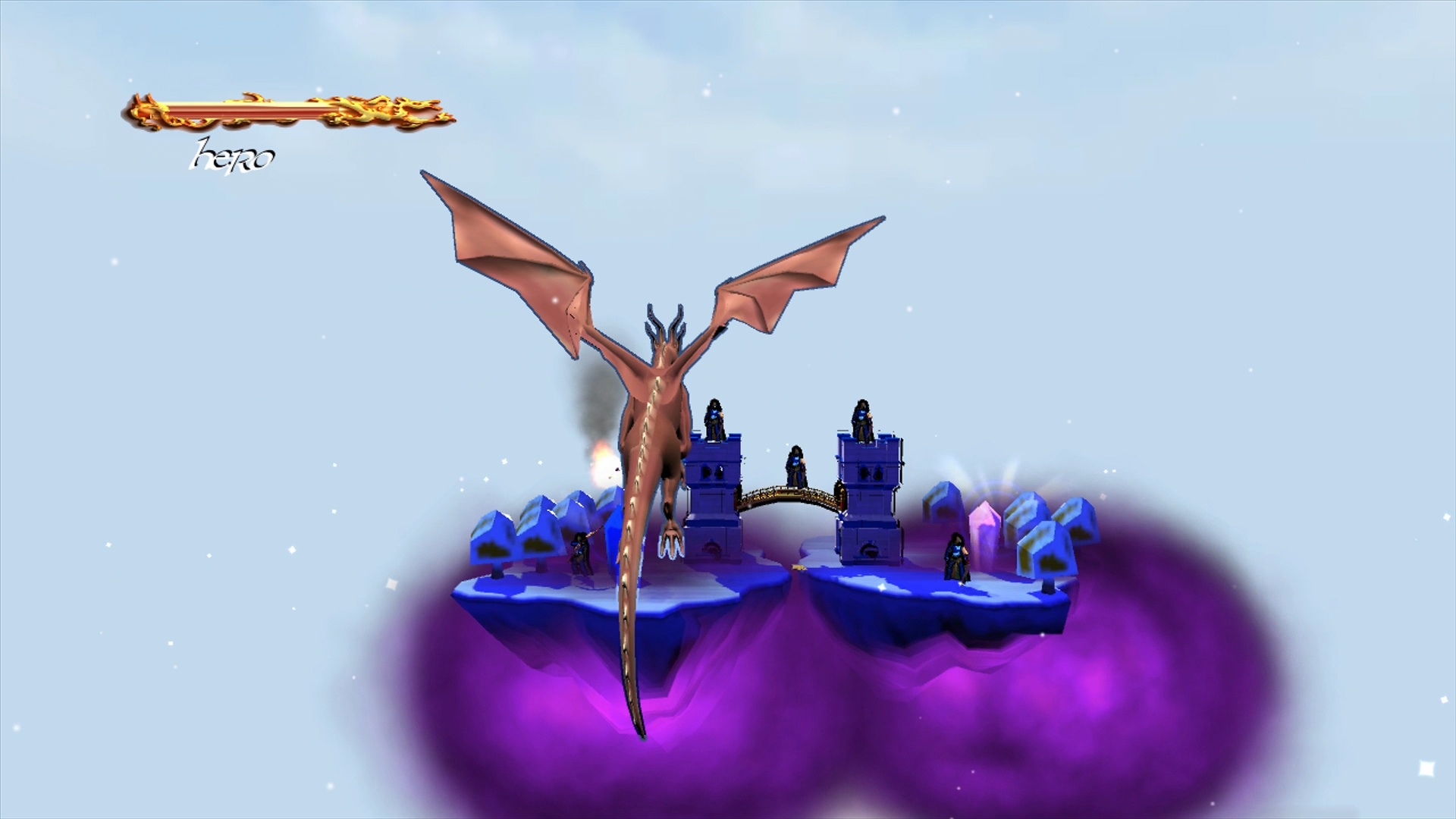 The controls in Wings of Magloryx are a bit awkward and difficult to control at first, but I found it is easy enough to adapt, making movement easier as the player progresses further into the game. This game makes use of both control sticks, one to move the draconic character horizontally and one to move it vertically. Wings of Magloryx also offers inverted controls for you weirdos who can function while playing with those (as you can tell I’m not a fan of inverted controls myself). One notable benefit of this control scheme is that, coupled with the non-linear level design, players are able to go slightly outside of the range of these floating islands where gameplay occurs and get a better glimpse of the level, which can occasionally be useful in finding secrets (which I’ll mention a little bit more about later on).

Gameplay itself is a bit tedious and is the main reason I’m not completely in love with this game. While each level is unique in its design and layout, all of them feature the same objective of destroying structures while avoiding enemies, collecting gold, and saving creatures who are in need. The process of collecting items/creatures is a bit wonky, sometimes causing the player to fail to pick up items they are basically on top of and other times picking up massive amounts of items that don’t seem particularly near to them. Also, the only attack option is a single fireball attack. While the player can hold the attack button in order to continue launching fireballs, watching the same old attack over and over again does become a bit boring. This situation is made even worse by the fact that most structures take so long to destroy. Often times the player won’t be in any danger once they actually manage to start destroying the structure, so the long periods of time spent breaking them down is a bit monotonous.

However, one aspect about this game which I am a fan of is the aspect of strategy required to beat levels efficiently. I always found the best course of action to be to go around a kill all of the enemies first in order to later complete the objective of destroying structures without opposition. One also has to determine which enemies are the bigger threat and therefore in which order enemies should be addressed. The player also has to learn to position themselves properly so that they can attack enemies without being attacked themselves (which does admittedly become substantially harder as more enemies appear in tighter quarters in later areas). Another layer of strategy is added as players are allowed to buy power-ups for their draconic character using coins they collect in-game. Selecting these power-ups does require the player to look down at the GamePad, which can be a little disorienting, but I never found it to be a severe drawback having to switch between the two screens. 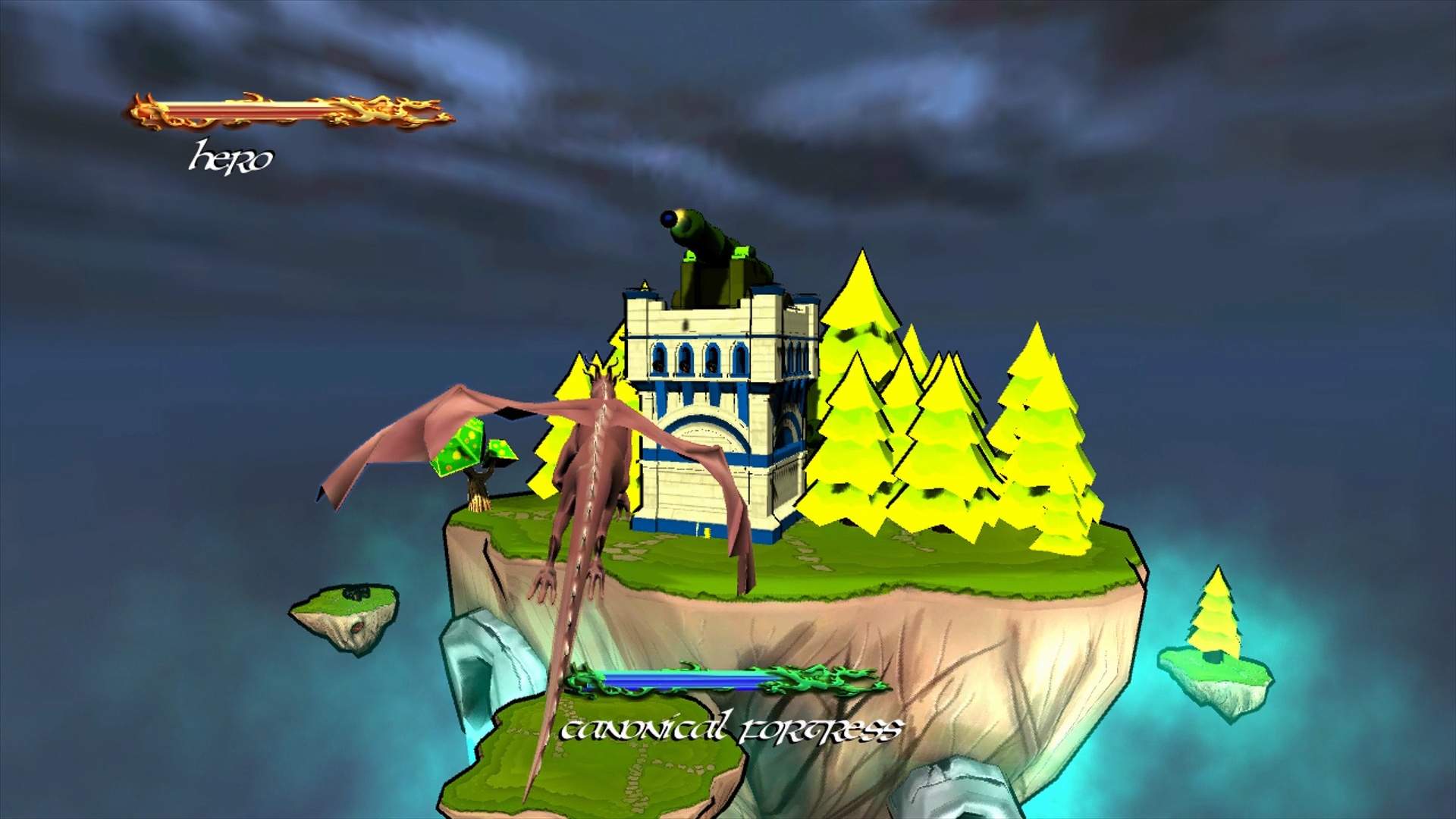 As mentioned previously, one of the best aspects of level design is the secrets which are contained in-game. Some of these secrets simply require the player to explore the level to its fullest extent, as many secrets are found on floating islands underneath or otherwise separate from the main island. Other times, the player must interact with the level by destroying objects such as rocks which may be hiding gold behind or beneath them. Again, destroying these objects within the level can be time-consuming, but it still seems worth it in the long run.

Finally, I do want to briefly mention the efficiency of the menu screens. Through the opening menu, the player can easily see where to adjust controls, where to start the game, and even where to delete existing game data. Upon entering the level select screen, the player will eventually notice that there are different paths, allowing the player to unlock multiple different levels at once. In addition, levels are marked with a different color on the screen based off of their setting. For example, levels with ice themes are marked by the color blue, while levels with a desert theme are marked by the color red. While not crucial to gameplay, this is still a nice touch, enabling the player to know what to expect when they enter a new level.

And that covers the crux of what defines this game. There is a short story explanation which can be accessed from the main menu, but it isn’t important to gameplay, so I’ll refrain from mentioning it in further detail here. While this game isn’t really my cup of tea, it is certainly a charming experience which becomes more enjoyable as the game progresses. I didn’t make it terribly far in the game myself, but I am excited to see how much more fun it could become in later levels. This game, though probably not a must-buy, is enjoyable enough for any Wii U owner to consider picking it up and giving it a try themselves.