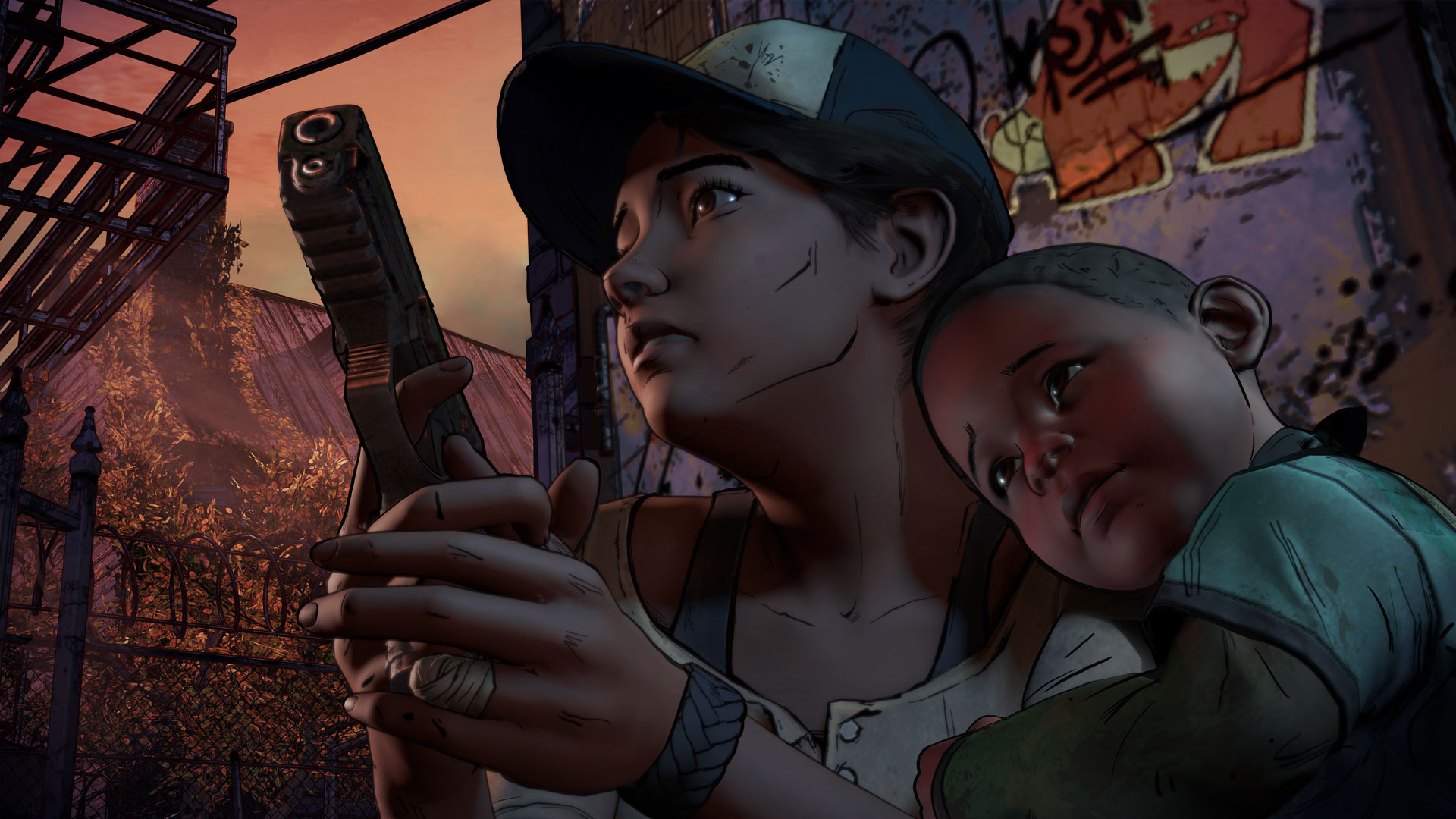 I have been looking forward to The Walking Dead: A New Frontier series since it was announced, I wouldn’t say I was hyped and counting down the days; I just had an interest seeing as I loved the other seasons, and then it suddenly crept up. I was interested to see what this season would do, and how it would be different to the others; and mainly if it could keep up to the standard that the other games set. Well I was pleasantly surprised, and was very glad to see that Telltale didn’t attempt to milk the already established characters; but instead introducing a new person as the protagonist.

Right off the bat I was impressed with what Telltale offered people as a starting point: you could either start a new story completely, import your saved data assuming you played the previous games and the option I chose, which was to go through a series of choices that best represented how you played the first two Walking Dead games. While it is not essential to go through these choices, it does affect how Clementine acts and her dream sequences when you finally meet her. If you haven’t played the previous games but are interested in this new season, it is well worth going back to do so; otherwise a lot of Clementine’s significance won’t mean much. 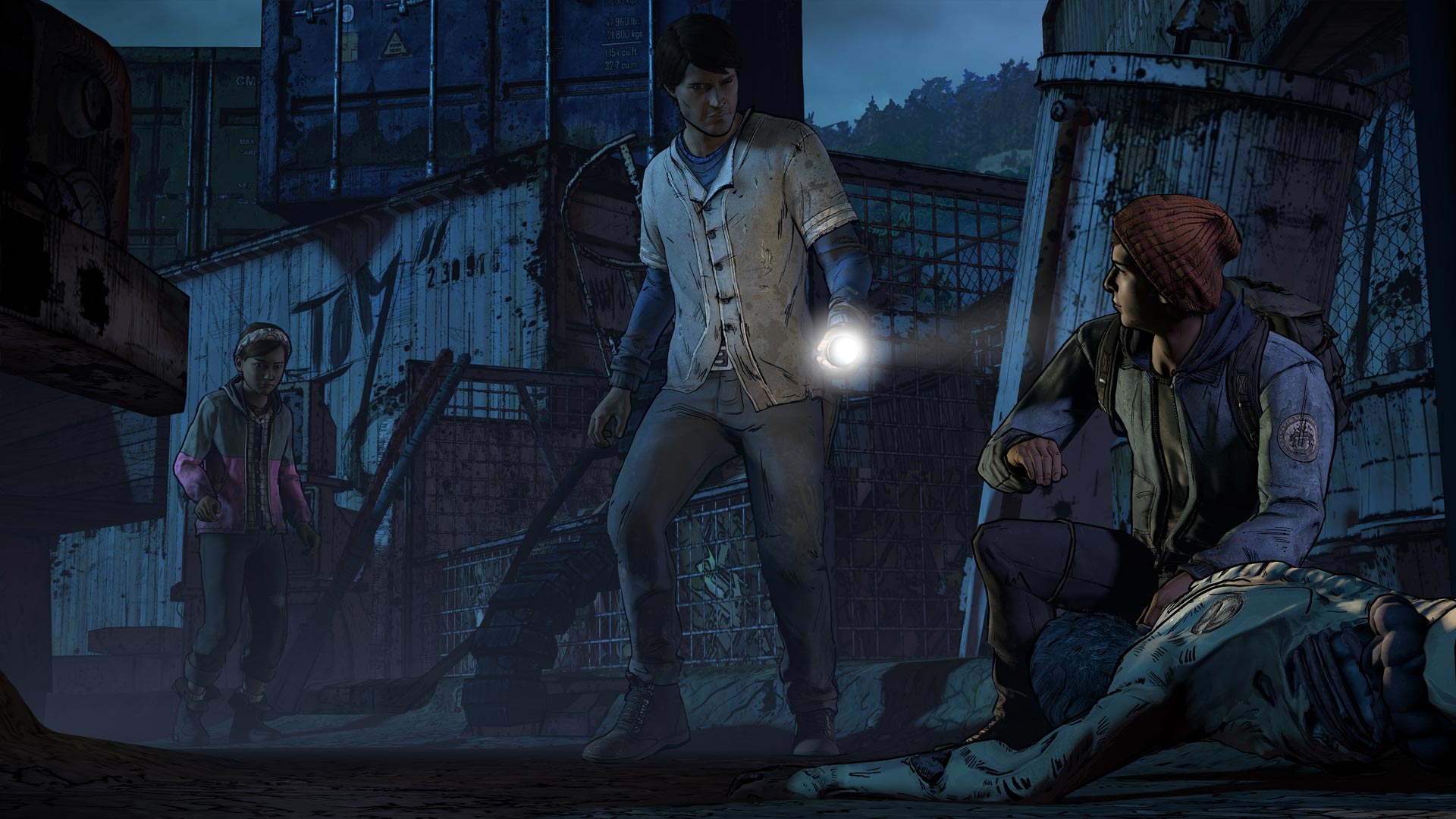 The game starts with a ‘Day 1’ flashback, showing what situation our new protagonist, Javier, was in when the dead started living again. I thought this was a good way to introduce us to the new characters, rather than just chuck them into a zombie setting; it allowed some emotional investment in a short period of time. The game’s characters so far seem to be done really well, and little things people say or have they act make you curious about that character. As mentioned above, there are also two sets of flashbacks: Javier’s and Clementine’s. In this episode, both of these sequences are left open-ended, which was a good way of opening up more story lines while keeping the characters we are familiar with.

The main story is set around 4 years after the outbreak, but from the look of Clem it seems to be a few years have passed after The Walking Dead Game Season 2; well that’s what I gathered. This should mean that only the cream of the crop should be left, but I reckon there’s a few chocolate teapots waiting to come out in the new few episodes. I’m glad this seems to be the new angle, because in the first game you would expect there to be a few twats who make a loud noise and draw all the walkers in; whereas now everyone seems to have their wits about them, and the main causes of deaths are from walkers and raiders looking to steal supplies. This opens up a new chapter of character development, and I am very much looking forward to learning how people survived this long; as well as seeing their stories in the present play out. 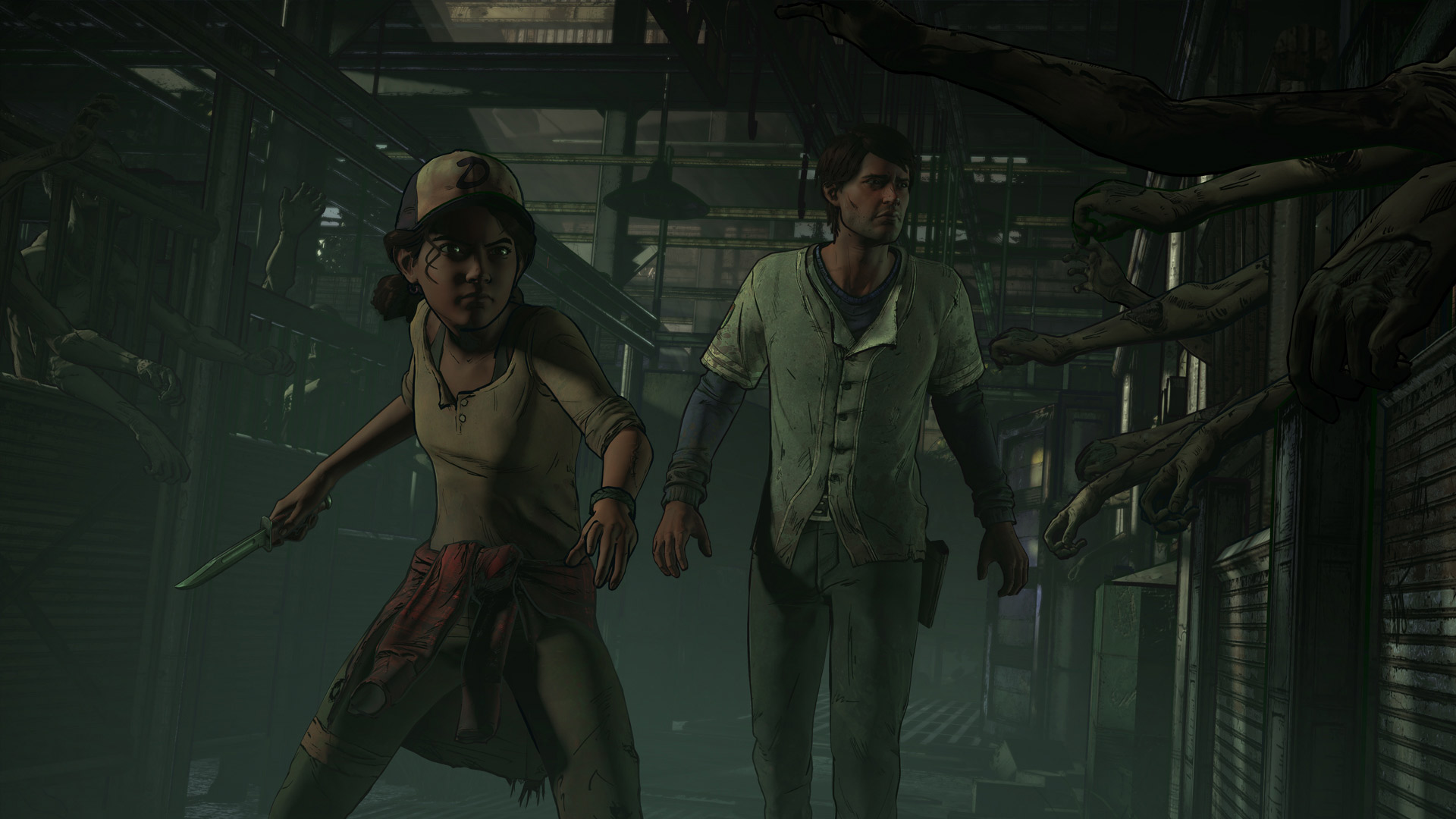 The gameplay in The Walking Dead: A New Frontier – Episode 1 seems to be an updated version of the way Telltale used to do things. I know there was the change of QTEs being integrated with the scene, and therefore making it a little bit more difficult to see, but the general control just seems to be more dynamic and smooth. Moving around feels more free as you can tilt the camera somewhat in order for you to see what’s around, rather than walking to one area to another feeling a bit lost until you see something.

There were some minor issues with regards to blurring faces in one case, and specially a gasoline can looking like it was in places where it shouldn’t be; or in one case disappearing all together, only to reappear a few seconds later in my character’s hand. But putting these small issues aside, the graphics looked better than ever and I thought the detail was really cool to inspect.

Overall, The Walking Dead: A New Frontier – Episode 1 is a great start to what seems to be a promising series. Those who have played will be curious about past characters, and hopefully in the following episodes our questions will be answered. And new players can enjoy the game with its new protagonist, even with no prior experience with The Walking Dead Telltale games; although the games are available on all the latest platforms, so it’s worth buying if you haven’t played them already. Before playing this I was scared they were going to milk the stories seen in the two previous games dry, however, if this episode is anything to go by, I believe this series is going to be as good as, if not better, than the others.