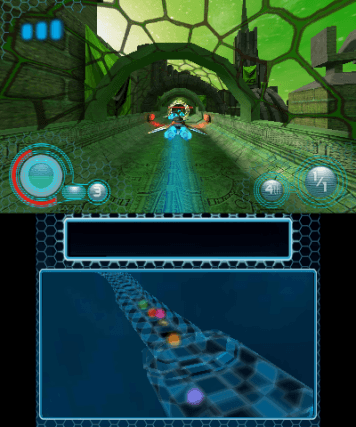 Lifespeed is a futuristic racer on the 3DS. If that interests you at all, or if you have enjoyed the similar games such as AiRace Speed and AiRace Xeno, then this is a no brainer. Similarly, if you have a nostalgic fondness for F-Zero and Wipeout, then Lifespeed, while not as strong as those two, is still worthy of your time. However, there is little about this game that is going to convert anyone who doesn’t already have at least a passing interest in the genre.

Somewhat strangely, Lifespeed encourages you to engage with its story mode first, as it functions as a tutorial – it starts you going through basic races, and then opens up more detailed moves and instructions as you begin to progress. The story is also more in-depth than one might assume for this type of game: you are presented with a varied set of characters, and a setting featuring a corrupt government and a rebellion taking place through racing. While the story clearly isn’t Ender’s Game or the Thrawn Trilogy, it does enough to keep itself interesting, and is presented in a cool comic book style that keeps things engaging. 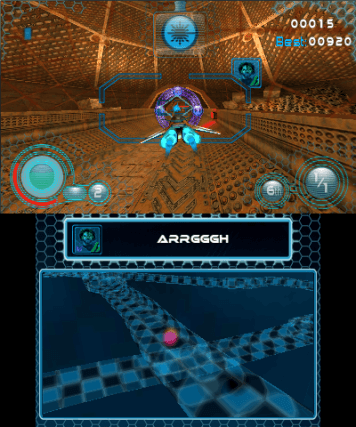 Interestingly, that most basic of driving game controls is not present here: acceleration. Instead, you start every race at full throttle, and your controls are instead focussed on 4-dimensional manoeuvring to avoid obstacles, and shooting down opponents. On each course there is a selection of multi-coloured power-ups which provide various benefits, from stronger weapons to speed boosts, in classic racer fashion.

There are multiple different racers to play as, each with their own backstory, but unfortunately their respective vehicles don’t feel as different as I had hoped. Rather than having any substantially different designs as in recent Mario Karts, they all just had slightly different colour schemes and slightly different specs – this made playing as each one a less interesting experience. The game is also lacking in terms of unlockables: having lots of new cars, characters and tracks to unlock is one of the highlights of racing games, but Lifespeed doesn’t give you enough. While there’s something to be said for leaving the player wanting more, in this instance I was disappointed. 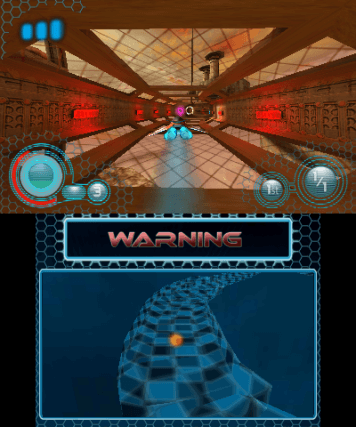 The visuals of Lifespeed are great, conveying a ridiculous but fascinating world of dystopian sci-fi. There are also some varied track designs, which keeps the game fresh as you progress through it. The graphics also fare well on the 3DS, with cool 3D effects and little experience with framerate lagging – although it’s worth noting that, likely for this reason, it is a New Nintendo 3DS exclusive. The game’s music also delivers a cool science fiction vibe, but the tracks do tend to noticeably loop, so after a while I found myself turning the volume down and replacing it with my own music.

It is probably unsurprising for a game as cheap as this one, but the main disappointment is lack of content. The game is fun, but compared to the AiRace games, which are cheaper, it has less content to work your way through. It also, as is to be expected, lacks a VS mode – playing with friends, either local or online, would have been a great way to draw out the Lifespeed experience.

Lifespeed is a fun little futuristic racer, and well worth your time and money. Just be aware that given the limited amount of content on offer, it may not take up as much of your time as you hope.