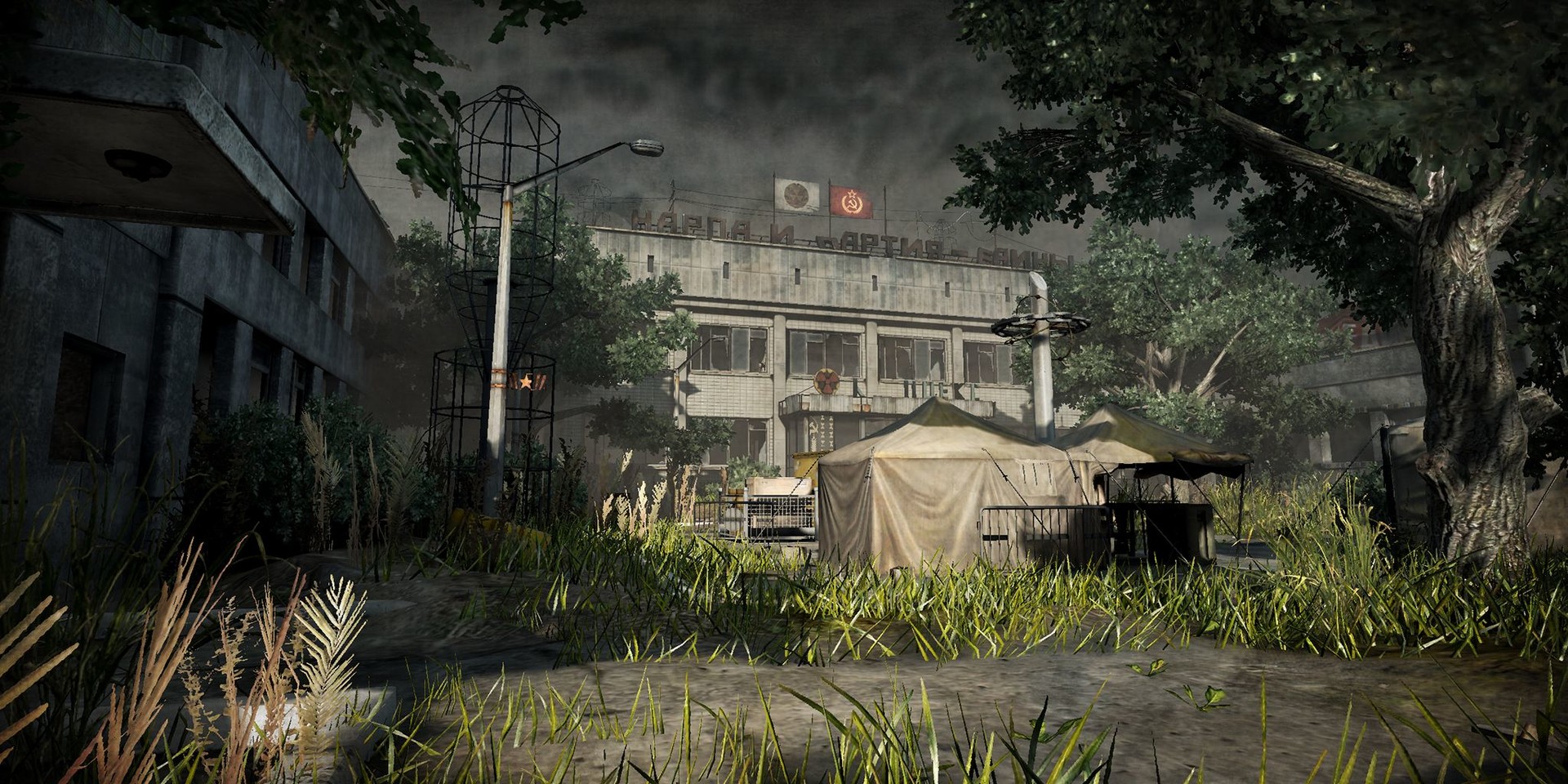 When reviewing the newly released Line of Sight one thing that I kept in my mind was not to compare this to the Call of Duty franchise. It would be unfair to take a highly successful title, that has been around for years, and see how Line of Sight measures up to it. Therefore, it was better to judge it on its own and what it offered. Line of Sight is a first-person shooter game, developed by Blackspot Entertainment, designed to bring fast multiplayer action with unique character and weapon customization. Many FPS games are trying to stand out against more successful titles, like Call of Duty and Destiny, by offering something cheaper, yet also different. Line of Sight, sadly, doesn’t really stand out as a winner.

One of the first things that new players are automatically given is a tutorial on how the game is run. It’s your standard intro to the games controls. However, there is one unique feature to the game that in theory might have sounded great, but only ended up adding a layer of confusion. Near the end of the tutorial, you learn about special abilities known as “Psionics Abilities”. Such abilities include: short-range teleportation, burning your enemies alive, and bringing down satellites from above. The game says it takes place in a different reality where modern-day military soldiers have psychic powers they use to fight. This would be interesting, except we’re are not told this by the game and there is no back story to provide how this is possible. There is barely any back story at all, not even an opening cutscene. Answers as to how and why the soldiers have these powers are never given which makes it feel like the powers were added just to make the game look cooler. I did find out later that there is a story (of sorts) on their website, but it would have been better to put it in the game. Rarely did I ever get a chance to use these psionic powers in the game, and many times I didn’t see others use them except for teleportation. This sort of makes me wonder why bother even having it, especially since there are modes where you can play without them.

After the tutorial, you get to see the main strength of the game: customization. The game allows you to fully customize your character’s weapons, looks, armor, and powers in a range of options and details. Each upgrade to your gun or armor helps you in a fight by giving you better defense, range, mobility, damage, and so forth. Your character will look radically different, from the moment you start to the point where you’re ten levels up, as you spend your money changing your avatar completely. All items can be bought with money or diamonds, which can be won in matches, bought in the store with real money, or completing achievements. Yet there is one detail that is slightly annoying the fact that certain items need to be unlocked by levels and then bought with money to own. It would have made more sense to have all the items be unlocked by leveling up or having the option of buying them with cash or diamonds. Thankfully, this is a free to play game so you don’t need to spend real money to actually play the game unless you want to spend it getting the best equipment right from the start. The weapons and armor are very balanced as well, relying on just the player to decide what kind of shooter they want to be and with what equipment. 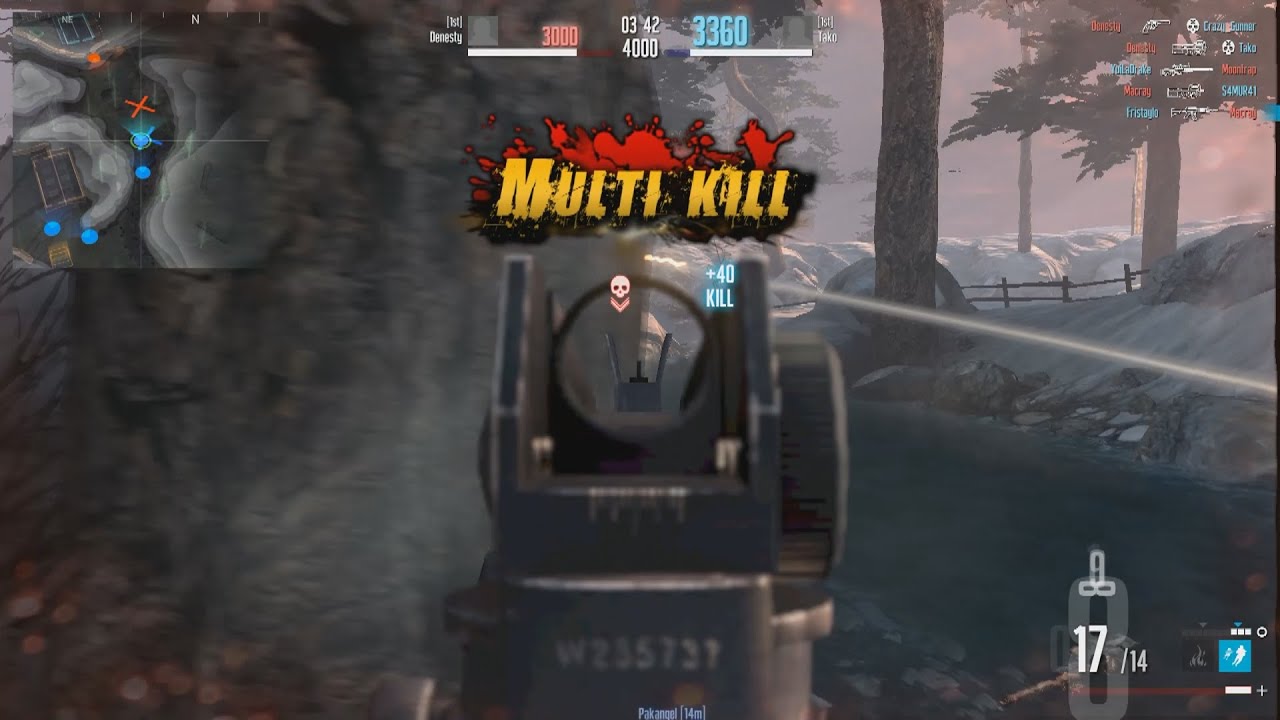 To earn money and diamonds, you must play the matches offered to you. There is no single player mode (It’s in development), so multiplayer is the only type of game to play. There are various amounts of match modes you can play such as Domination, Team Deathmatch, Free for All, Capture The Flag, and other similar match types that all FPS games have. Each of these can be played with non-ranking matches or ranked matches, and the latter is the only way to advance yourself in rank and get better stuff. The game does have its own unique match modes for example, “Duel”, in which the match is one-on-one.  Another is “Crystal Boost Mode”, which is about gathering crystals to power your abilities while taking away the crystals of your enemies.

However, most of the people that I was playing with seemed to be focused only on the Free For All modes. Match types that focused on the unique psychic powers or the team based ones, were not that popular and, I had to wait a longer period to get into a match. This left little opportunity to get a good feeling of the other game modes besides Free For All, Domination, Duel, and Search and Destroy. When playing the game, you can feel right off the bat that the graphics aren’t very good, even by indie standards. Everything looks choppy or rough in placement for both characters and environments. The guns are the only objects that look to have been given great detail, but that may be because of the amounts of customization you can put into them. While I am not comparing it to the amazing effects and visuals of Call of Duty and Destiny, I can say that the art team needs more work in making this game look better.

Playing the game itself was also a mix and match. On one hand, the game is very fast paced and most of the maps do allow a lot of movement and freedom. They range from standard two sides that spawn and clash in the middle to multiple hills and cover for sniper battles. One can easily adapt to each of these maps to fit a playing style, and the game allows you to make three sets of equipment to switch after each respawn. The game plays fast and for many FPS fans that is a key element to have so that players reflexes are tested. You also have a system which can give accurate information about your character’s stats and fighting habits so you can know how well you are doing. Finally, the social networking is very well done, allowing you to talk and communicate with all different types of players from all over world. This is something that COD games need in the future. 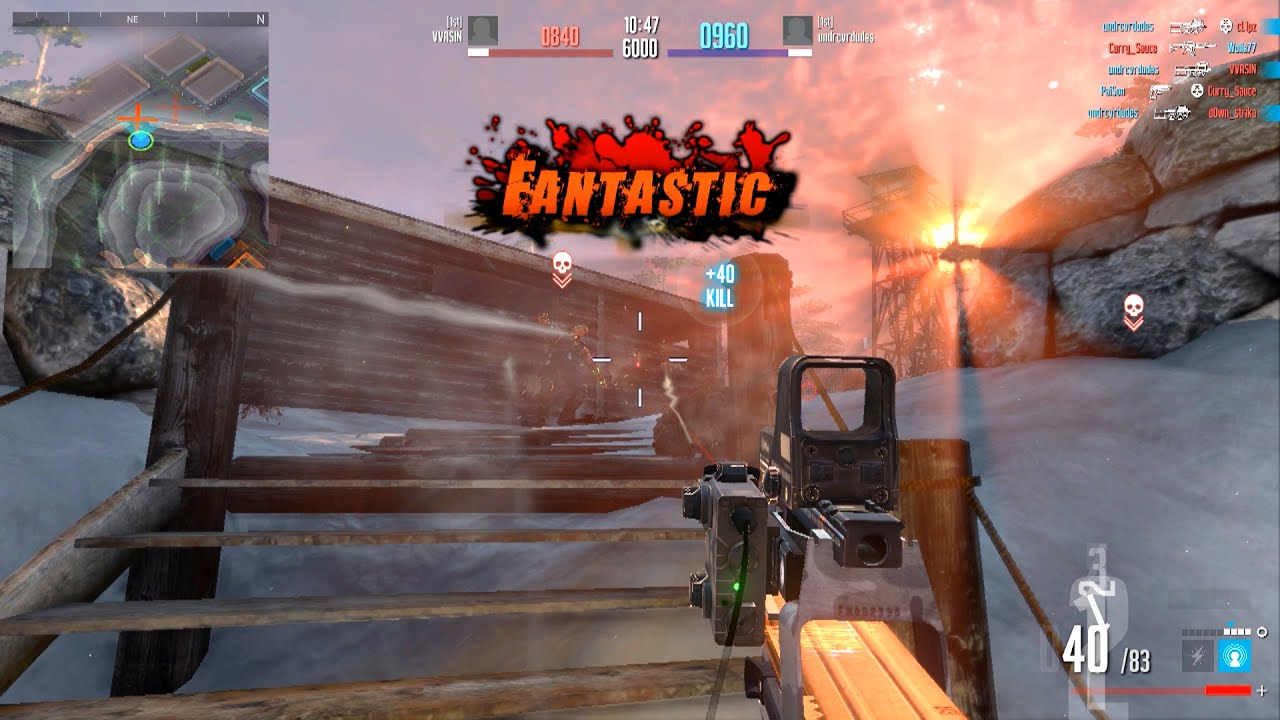 The gameplay is not without its flaws, which can be keyed on three big ones. The first is the aiming system, which is one of the most frustrating problems in this game. You must be very precise on where you are shooting, especially if you are using a sniper rifle. Sometimes, even when it seems like you’re going to hit, you don’t, and this has frustrated players, including myself. This leads to the second problem, hit boxes. Hit boxes are invisible barriers with code that allow a player’s avatar (and the game) to know when a character has been hit by a projectile and damaged. Many times it seems like your about to hit, even when your right in front of the character, but you don’t see them go down. The hit boxes are so small that you must hit dead center in a body part to deliver damage. For an experienced FPS shooter or a good shot, this is no problem, but for casual gamers this might be unfair. The third problem is the respawning system. When you’re playing matches such as Free For All, you’ll often be respawned right next to an enemy who will end you just as you come back to life. This can be very frustrating and cause you to quit the game in a fury. Even in team based matches, there is only one respawn point for each time. Meaning that if the opposite team overcomes your area, you will spawn, but die from thousands of bullets each time. It’s also not helped that the game lags a lot and causes your character to freeze up and get killed easily. It’s these features in the game that made me feel more frustrated than excited when playing.

Overall, the game just feels incomplete, especially with more features such as PvE, Map Making, and Tournaments still in production. There is a lack of details in the art that feels mediocre at best, the game suffers many flaws in actual gameplay, and there aren’t enough players who are interested in team based matches. While it does feature a good set of customization and music scores, it just feels like this game was rushed to early without focusing on the other important aspects. Some may see past the flaws and want to join a non-COD like game which they are free to try; especially since more content is coming out. However, my experience was not good and I’m giving it a 4 out of 10. Maybe, when more comes out, I’ll give it another try, but for now I advise waiting until its more complete.