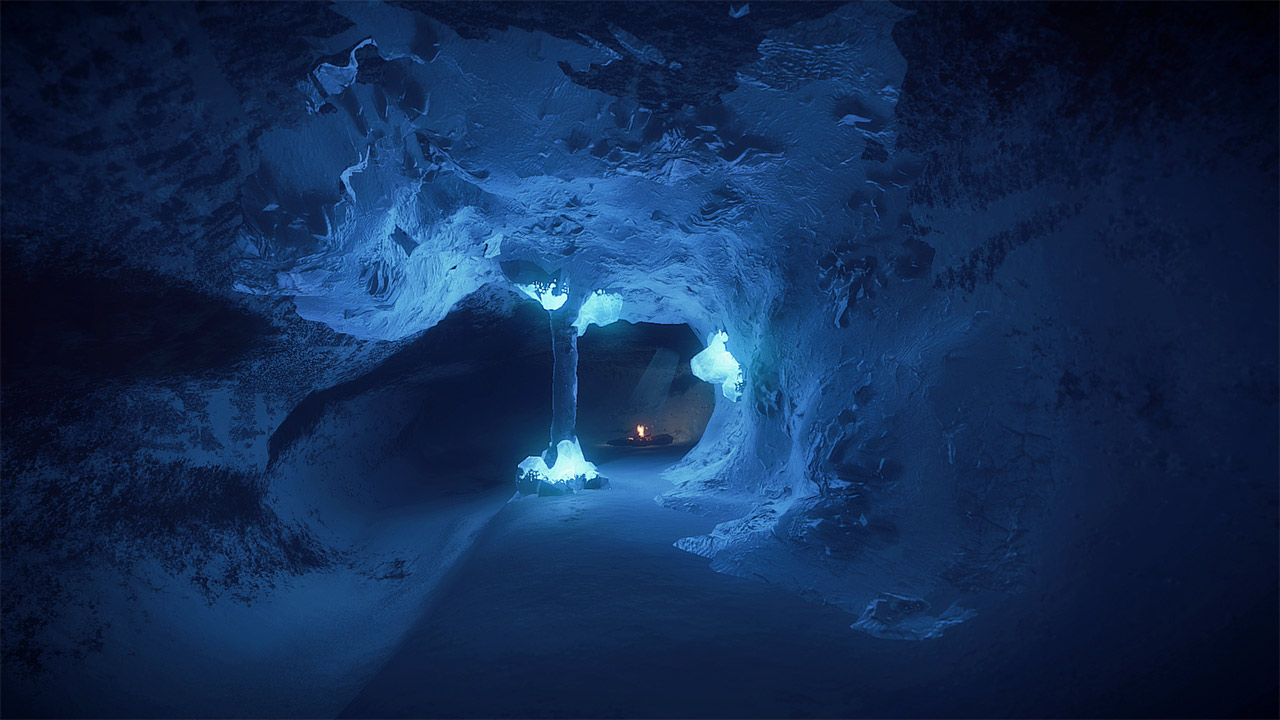 Set against the icy backdrop of northern Canada, Kona puts you in the flat footed shoes of Carl Faubert, a private detective hired to investigate acts of vandalism plaguing a remote mining community. Upon arrival, he’s involved in a serious car accident only to come to amidst a serious blizzard. As he ventures further into the town, he soon realises that it harbours a deadly secret and that surviving the harsh wintery weather is only the beginning of his problems.

Developed by Canadian studio Parabole, the game does a tremendous job in crafting an atmosphere of isolation in terms of both the narrative and the gameplay. As Carl trudges through curtains of falling snow, he quickly realises that the town is all but deserted, with no one left to help him figure out what exactly is going on. So too must the player rely on their own smarts to solve the game’s ever-growing pile of mysteries with only a few leads and a map to guide them on their way.

Playing out from a first-person perspective, the game offers up a surprising amount of freedom right from the outset. There’s no fixed path dictated, giving players the flexibility to explore this sparse yet immersive town as and how they see fit. With a handful of properties to snoop around and acres of woodlands to explore, you’d be surprised just how much there is to find just by following the road less travelled. In exchange for this open world setting, the game sacrifices any hand-holding that is sometimes afforded to similar games of the genre. There’s little in the way of onscreen prompts or timed hints to guide you on your way. In fact, aside from the occasionally vague narrative clue dropped by the game’s dry, sometimes witty voice over, you’re often left to our own devices, putting in the leg work yourself and referring to the clues written down in your journal to decipher to next step in your investigation. 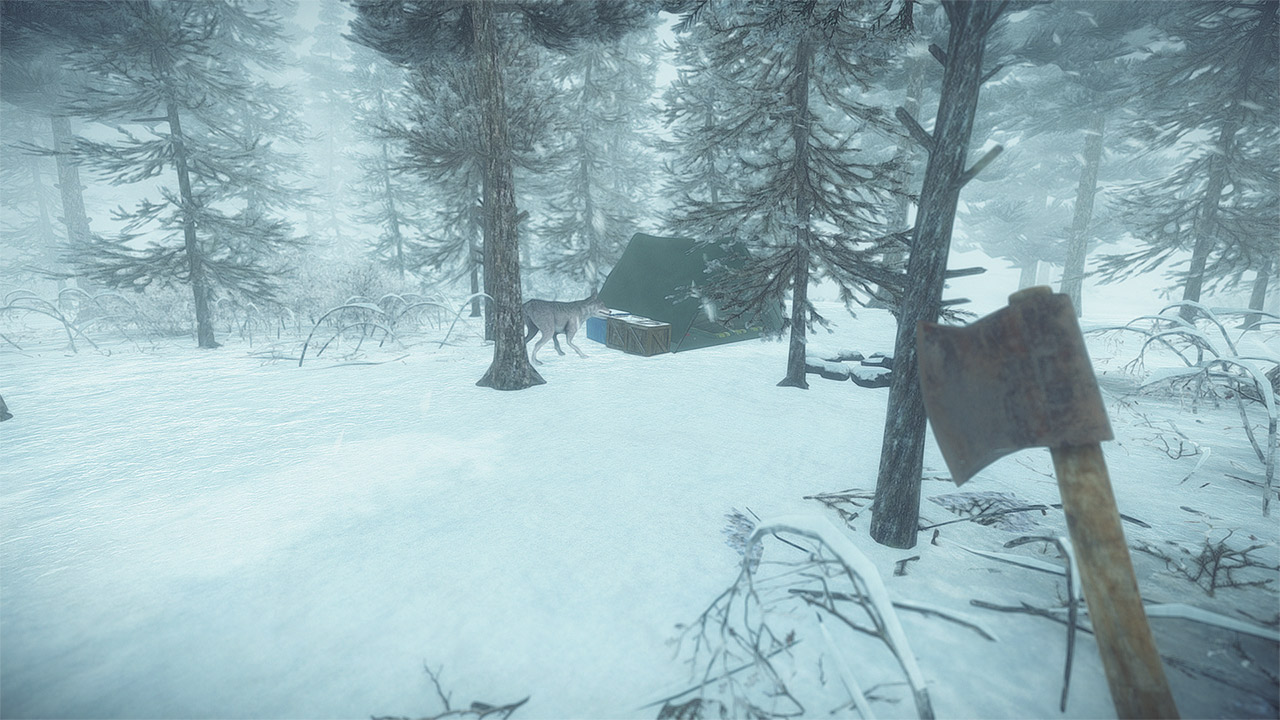 Of course, this does lead to an inevitable amount of backtracking which needlessly extends the length of the game. Finding a key at one house will often open a door in another at the other end of the map, with notes and letters often offering contrived explanations as to why they are there in the first place. At times, the puzzle element to Kona is actually rather satisfying. Some clues must be cobbled together so remembering where certain materials and items are usually located all comes with playing the role of a detective. On other occasions, it falls into the cliched trap with the usual assortment of traditional puzzles, such as code cracking of completing fetch quests.

Adding an element of danger to proceedings, Kona builds upon its genre roots and throws some survivalism gameplay into the mix. Carl’s health, warmth and stress levels are all affected by the cold weather so scavenging for fire lighting supplies becomes just as important a mission as completing your case files. Wood, matches, and fire lighters can be found in virtually every area of the map so it becomes routine to stop off at a building once in a while to replenish your energy levels. However, while this adds an extra sense of urgency to parts of the game, it never really feels like that much of an inconvenience. There’s a handful of vehicles that can be used to travel quickly between areas of the map, putting a stop to any drop in warmth or stress levels caused by the cold. Should you find yourself exposed for too long, your ability to run or see further into the distance is reduced, but this feels more like more of a minor annoyance than a game-ending mechanic, particularly when you realise early on that camp fires, furnaces and supplies are always within your reach.

The cold weather isn’t your only enemy in the game. Wolves linger around the outskirts of the town, threatening to tear you limb from limb should venture too far off the main road. While most of the time it’s easier to run back to safety in this scenario, the choice is always there to engage enemies in combat. While a small range of melee and projectile weapons lay scattered around the town, neither option feels particularly fun to use. Swinging your hammer or hatchet feels heavy and focused, while shooting your pistol proves to be ineffective unless the enemy is within arms reach anyway. Later in the game, you’re forced to enter combat so if you’ve dodged it up until this point, you may feel like that you’ve been thrown in at the deep end.

What is arguably more frustrating are the loading screens that pause the game upon entering certain areas of the team. Sometimes crossing a bridge or entering a driveway will cause the game stop dead while it buffers the next area for you. While it’s expected from a game of this size and scope, you can almost put a pin in the map where these will occur, forcing you to fulfil your duties in one area before proceeding to the next. Given the amount of back-tracking that this game demands, it’s off-putting to say the least, at times almost threatening to take you out of the immersive world that the game tries so hard to build.

Part of what makes the world of Kona such an intriguing mystery to explore is the setting itself. The town does the talking as you learn about the checkered past of the residents and learn that there may be something more at work than meets the eye. While at times the game suffers aesthetically from some uninspired character models and rough environments, it does an excellent job of creating a spooky atmosphere when needed. Walking through caves as your torchlight glistens off the ice or watching the light of the campfire dance across the backdrop of a darkened woodland offer up some moments that are both haunting and beautiful at the same time.

Overall, It’s refreshing to see a game put the onus on the player to rely on their own detective skills to solve the case, but with many paths leading to the usual puzzle assortment, Kona can’t seem to escape genre traps both narratively and gameplay wise. With an engaging plot and some interesting, if not always successful, gameplay additions to the walking simulator, this is one walking simulator that at leasts attempt to forge its own path, even if it ultimately leads to nowhere.