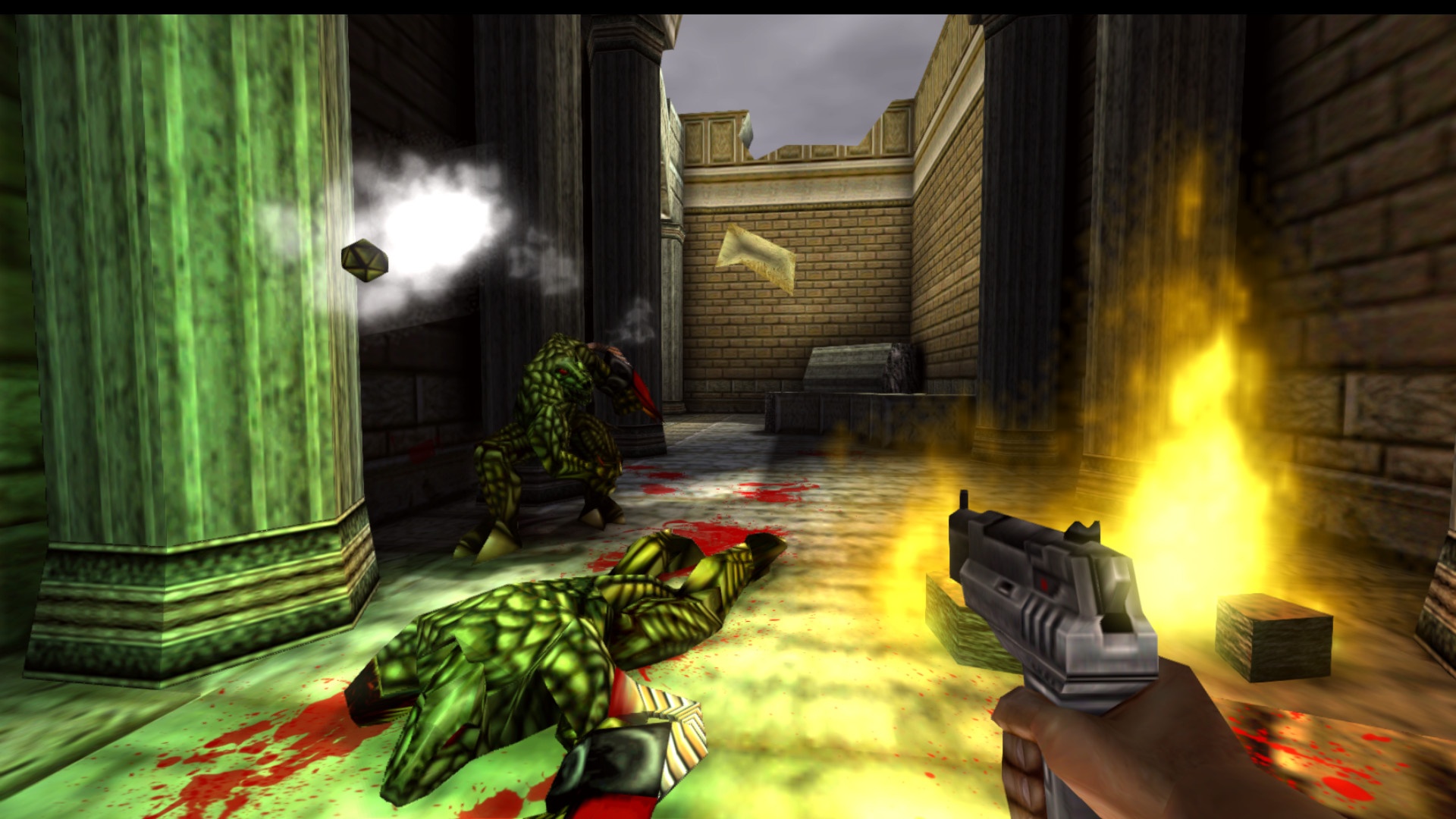 Just over a year ago, I reviewed the remaster of Turok Dinosaur Hunter on PC and expressed my enthusiasm for Nightdive Studios to remake Turok 2: Seeds of Evil. Considering the stellar job they done with the original Turok (not to mention the positive reception), it was a no brainer to immediately start work on jazzing up the classic and beloved sequel.

Those harbouring doubts about the games aged visuals needn’t fret, for the delicate touches at Nightdive Studios have built this remaster around an updated engine. As a welcome result, modern visual effects like ambient occlusion, motion blur and bloom lighting all combine with the resolution and frame bump to make Turok 2 look the best it can be. Granted, it still won’t blow anyone away but it’s pretty dam impressive once you compare it back with the N64 original from 1998. 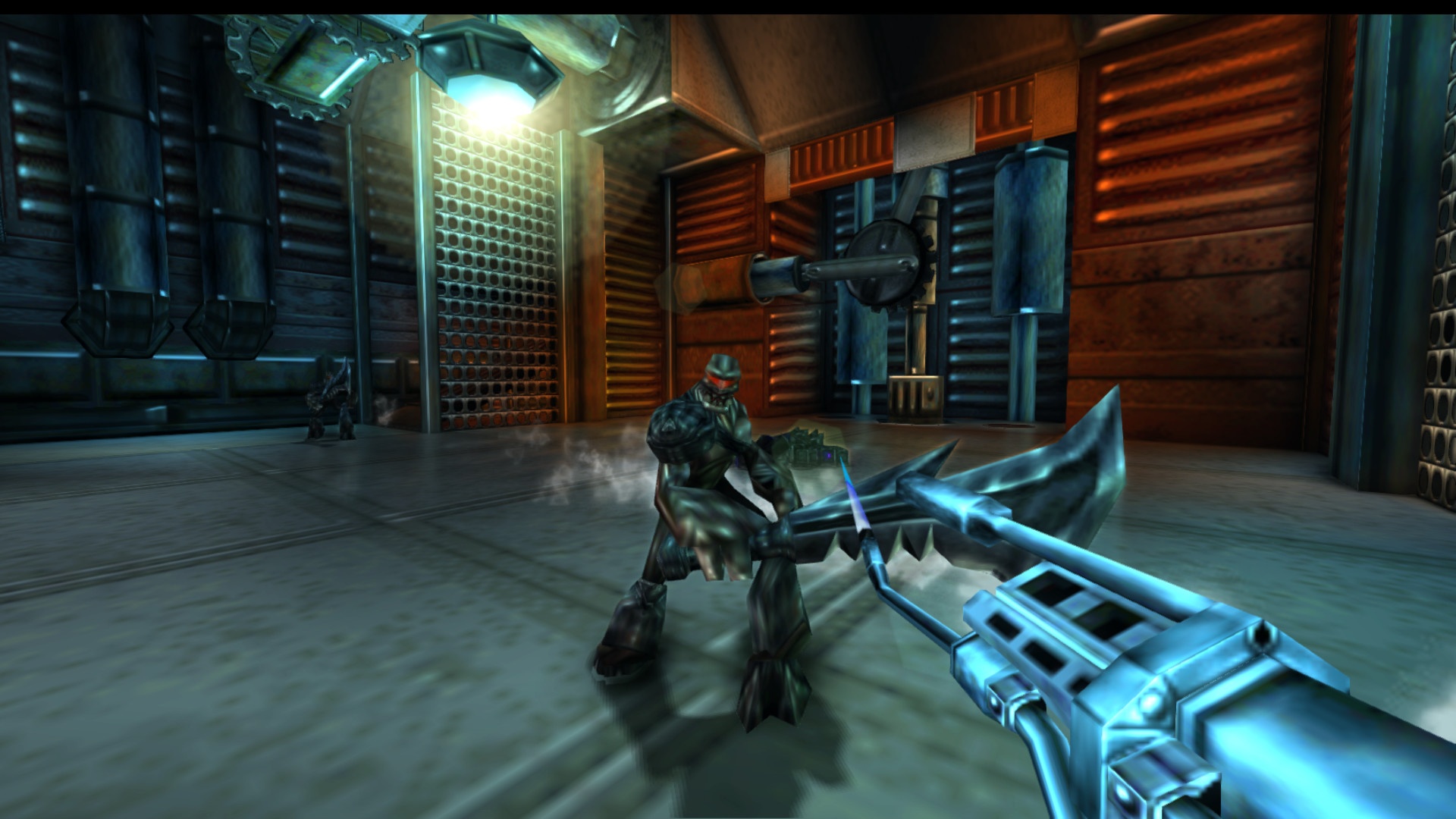 Gameplay will feel pretty familiar with fans of the first game and consists mainly of obliterating dinosaurs and humanoid reptiles with an increasingly powerful arsenal of weapons. These range from the standard bow and pistol to shotguns and grenade launchers before becoming completely absurd with the Cerebral Bore – a drill-bomb thingy that wriggles inside an enemy’s brain before exploding. It looks just as grotesque as it sounds, thanks in no small part to the HD polish on the blood and gore effects.

Sure it’s gratuitous and downright silly looking by today’s standards, but back when it first came out, there was a real surge in mature themed games that thrived on controversial depictions of violence and gore. In that regard, not many games could reach the level of over-the-top violence Turok 2 boasted. Seriously, you can blow off individual limbs with precise shotgun blasts, and deadeye headshots are rewarded with buckets of blood spewing all over the place… it was beautiful back then and even better in this remaster.

Compared to the original, Turok 2 has much more cramped and maze-like maps peppered with different objectives to complete. I liked this for two reasons; the godawful fog has been done away with so you’re not looking at two walls, a floor and a cloudy abyss all the time. And second; it just felt way easier to navigate without the massive expanses that made it hard to tell what direction I was heading in. Granted, I still got lost and had to look in every nook and cranny for the next objective, but visual hints in the form of exclamation marks highlighted nearby levers and switches that would otherwise be overlooked. 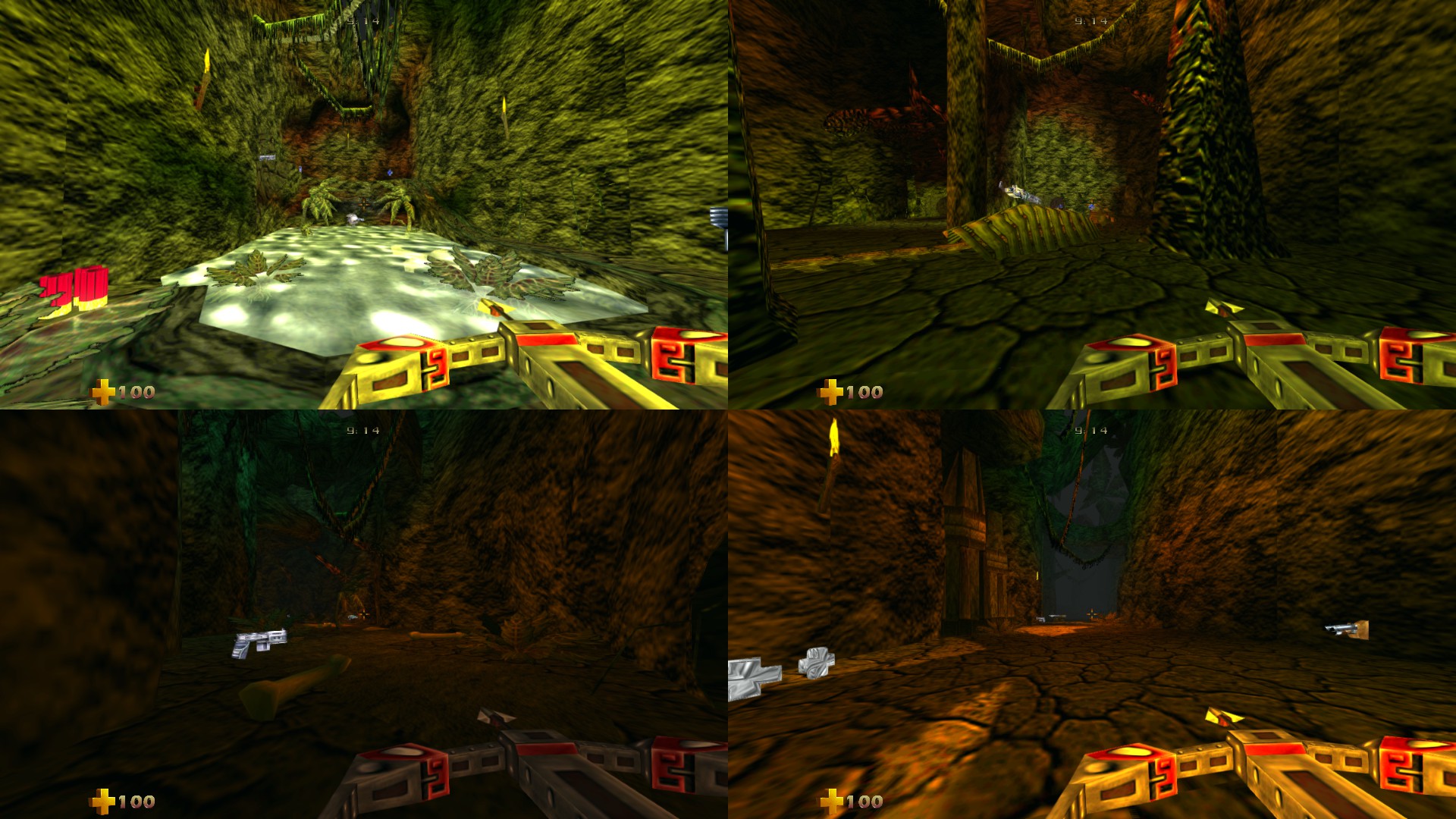 If you’ve played the N64 original and are playing this for the first time on the PC, you might be surprised at how easy the combat is. On the default difficulty, enemies are mere target practice and while they take a ton of shots to put down, their attacks are pretty weak as I found myself with 100 plus health almost constantly. Your only legitimate concern would be running out of ammo considering that some enemies re-spawn if you leave an area and return later.

In all honesty, modern FPS fans won’t find anything particularly worthwhile here as the game is practically identical to the 1998 original, despite the graphical overhaul. What it is though, is a fantastic remaster of a classic shooter and a magical taste of nostalgia for old Ninty fans. Consider it almost exclusively as a total fan service of the highest order. Above all else, it’s Turok 2 in 1080p, and that’s just friggin’ sweet.