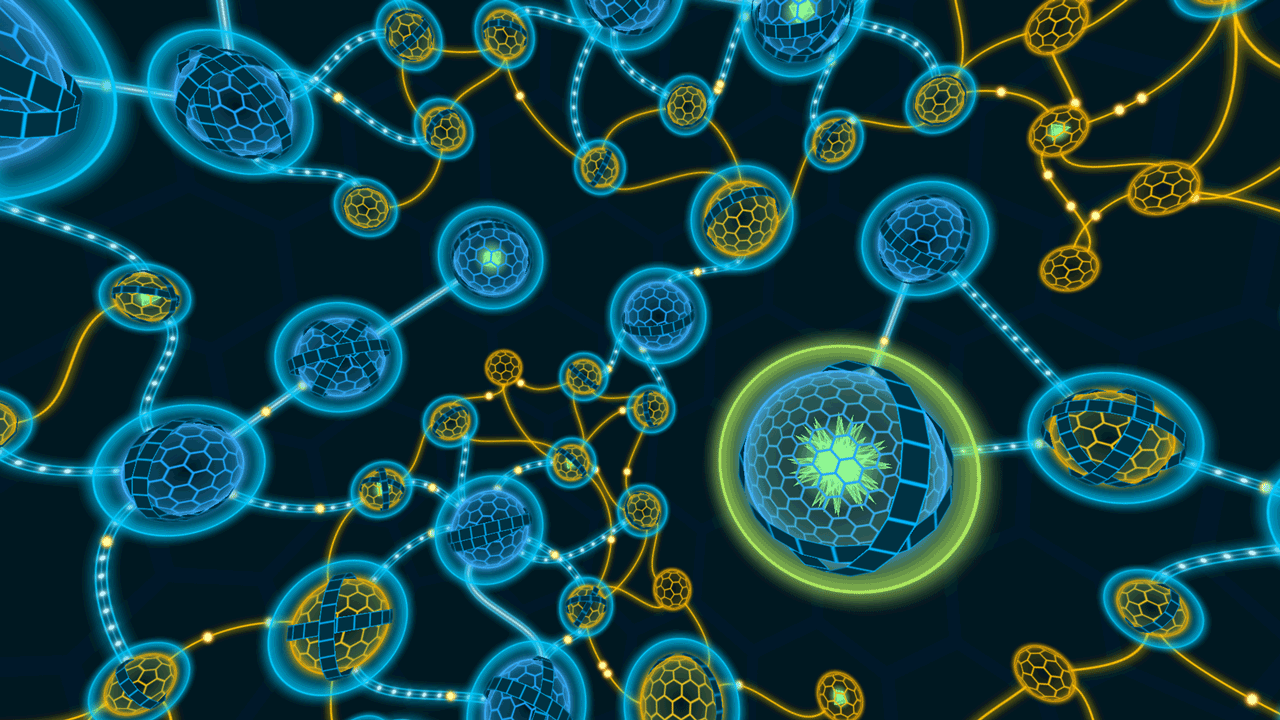 Ever wanted to be in control of the internet, to access every node in the world? Or, have you just finished Mr Robot and can’t stop yourself from looking up “How to hack” in the early hours of the morning? Well, for those who have a PSVR you can now hack the night away in a lot less complex way of doing so, Darknet allows you to hack a couple hundred nodes so then you can tell guys or gals at the club you’re an expert hacker. However, Darknet isn’t as exciting as hacking is presented in films and other games, but I still found it pretty damn cool as I’m someone who enjoys puzzle games and computer science (which is a pick-up line that works every time); Darknet is an unexpectedly enjoyable game, and one that I didn’t want to stop playing despite my head being about to explode.

While the game throws you into hacking straight away rather than give you a beefy cutscene, there is still background information in the main menu; while it isn’t amazing information it’s still cool to have some extra reading for those who wish to do so, and this sort of thing gets more complex as you go through the game. Your main goal in the game is to hack everything, and that’s the sort of goal I can get behind. The lack of story doesn’t mean there’s any shortage on levels, in fact it’s the complete opposite; there doesn’t seem to be any end to the levels you can play. 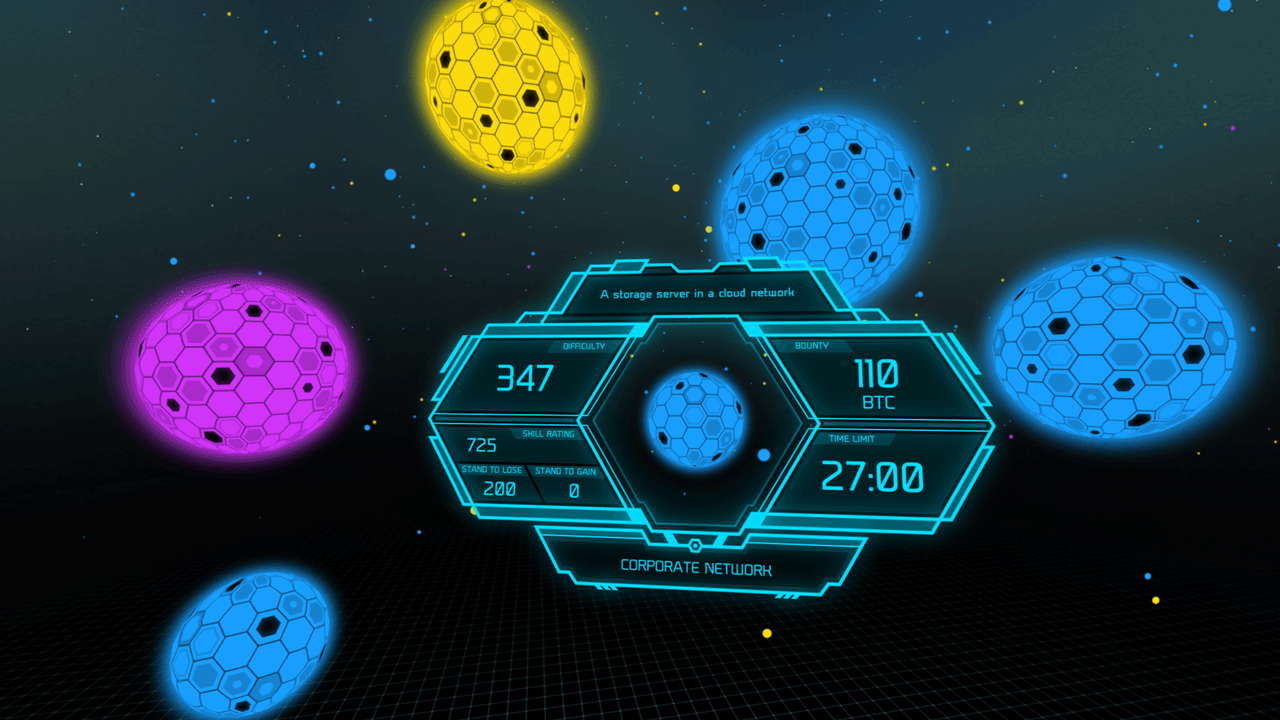 In Darknet, you are put into a network with a bunch of nodes which you need to hack in order to get to the ROOT. To hack a node manually you must solve a puzzle which makes you sequentially set viruses which spread in all directions in order to access the node in the middle, but if your virus hits a piece of anti-virus software in any direction that virus will be terminated and that virus will fail. The nodes are placed in a mesh layout with different nodes having shields and other protective items that make them difficult to hack.

However, there is a faster way to hack nodes assuming you have the sweet cash to do it, this cash is obtained whenever you successfully hack a node; nodes with higher security and more firewalls get you more money, and nodes with information (little green triangle things) in them are worth more too. So with this money, you can buy different items which allow you to hack nodes with little to know effort; one item allows you to hack nodes connected to a node you have already hacked unless they are shielded, and another item allows you to destroy shields so you access to bigger nodes and therefore the bigger cash. 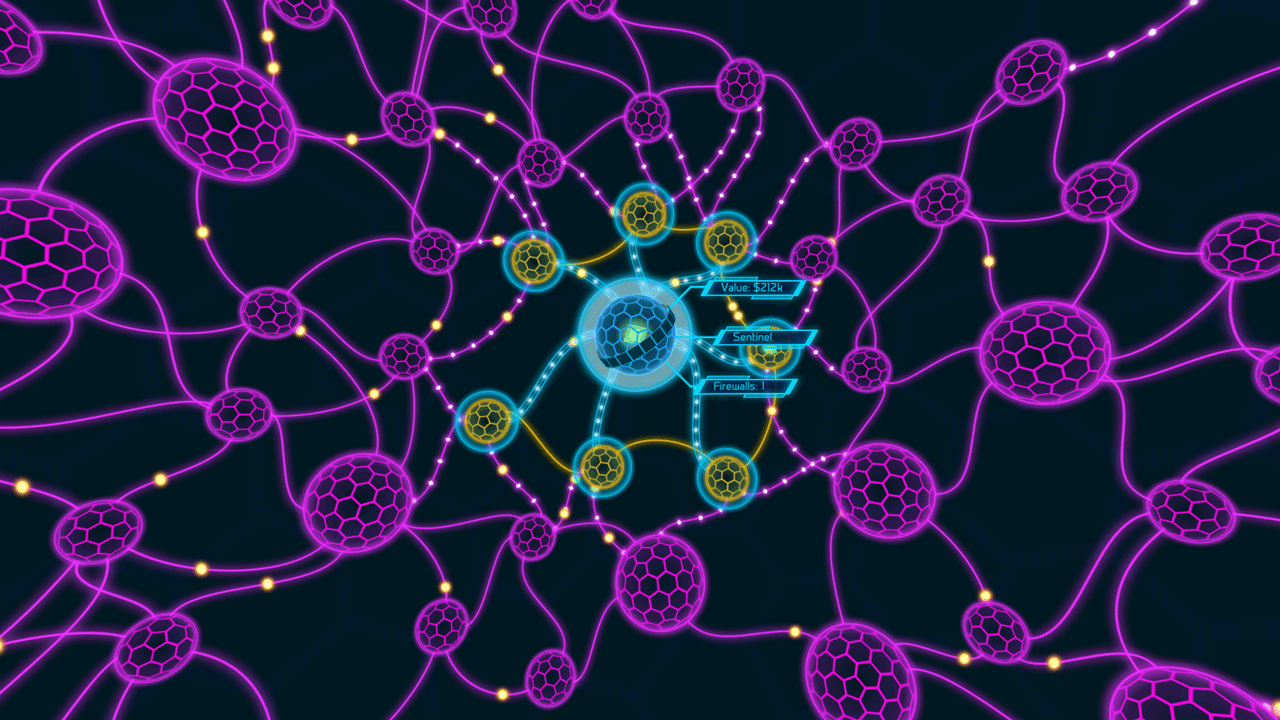 Darknet is very addictive and time flies by when you’re playing; levels have time limits and once that limit runs out the level is over, in some cases the time limit is 30 minutes and that went so quickly in Darknet. Unfortunately, 30 minutes wasn’t enough for me to complete the level and it left me feeling like I wasn’t my precious time, but that’s down to me being bad at the game rather than it being too hard. There are also levels with different difficulty percentages, so there’s a lot of variation for hours of enjoyment.

Overall, I’m giving Darknet an 8 out of 10. It’s got a lot of content for a VR game, and doesn’t actually make you feel ill even when you play for more than 30 minutes. While it’s not introducing anything new and extraordinary to the VR genre, it’s one of the most polished game I’ve seen in VR probably because of its simplicity. There were a few issues with calibration but it was out-weighed by the amount of fun I had with this game. The biggest negative is that it may become repetitive, but that’s what puzzle games tend to be; all I know is that I really enjoyed myself.