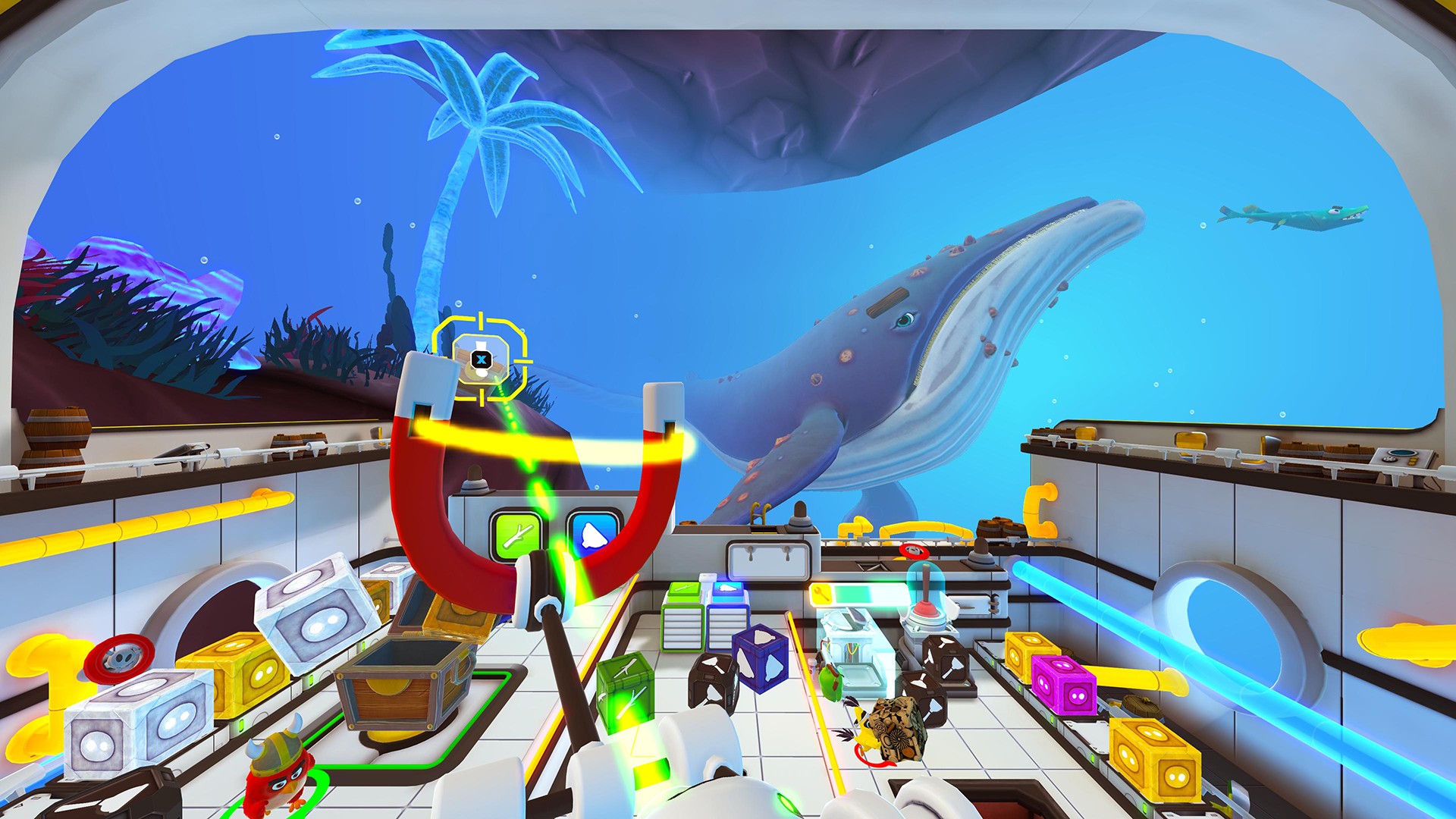 The Angry Birds phenomena has diluted over the years as the franchise gained a bit more momentum in merchandising and Hollywood movies – not like the original game, so many of us used to play on our mobiles before mobile gaming really kicked off. Hats off to the developers as they managed to stay ahead of everyone else and brought out a decent line of titles and content throughout. Here we have a spin-off of the movie but in VR format. So how does this original 2D puzzler translate in The Angry Birds Movie 2: VR Under Pressure.

With a non-gaming wife who used to play Angry Birds back on the iPad 10 years ago and a couple of kids who’ve bought into the material, anticipations for this PSVR iteration was high. Never a good start as unless expectations are met, there’s the potential that we’d be disappointed, and on first impressions – we were. Unlike the original game, the extensive tutorial has you in first-person mode (obviously), commanding a team that loads up cannons to fire out a succession of ropes using plungers to pull in treasure chests, all from the comfort of your yellow submarine. There’s a song about that by some band, but it’s pretty unheard of. 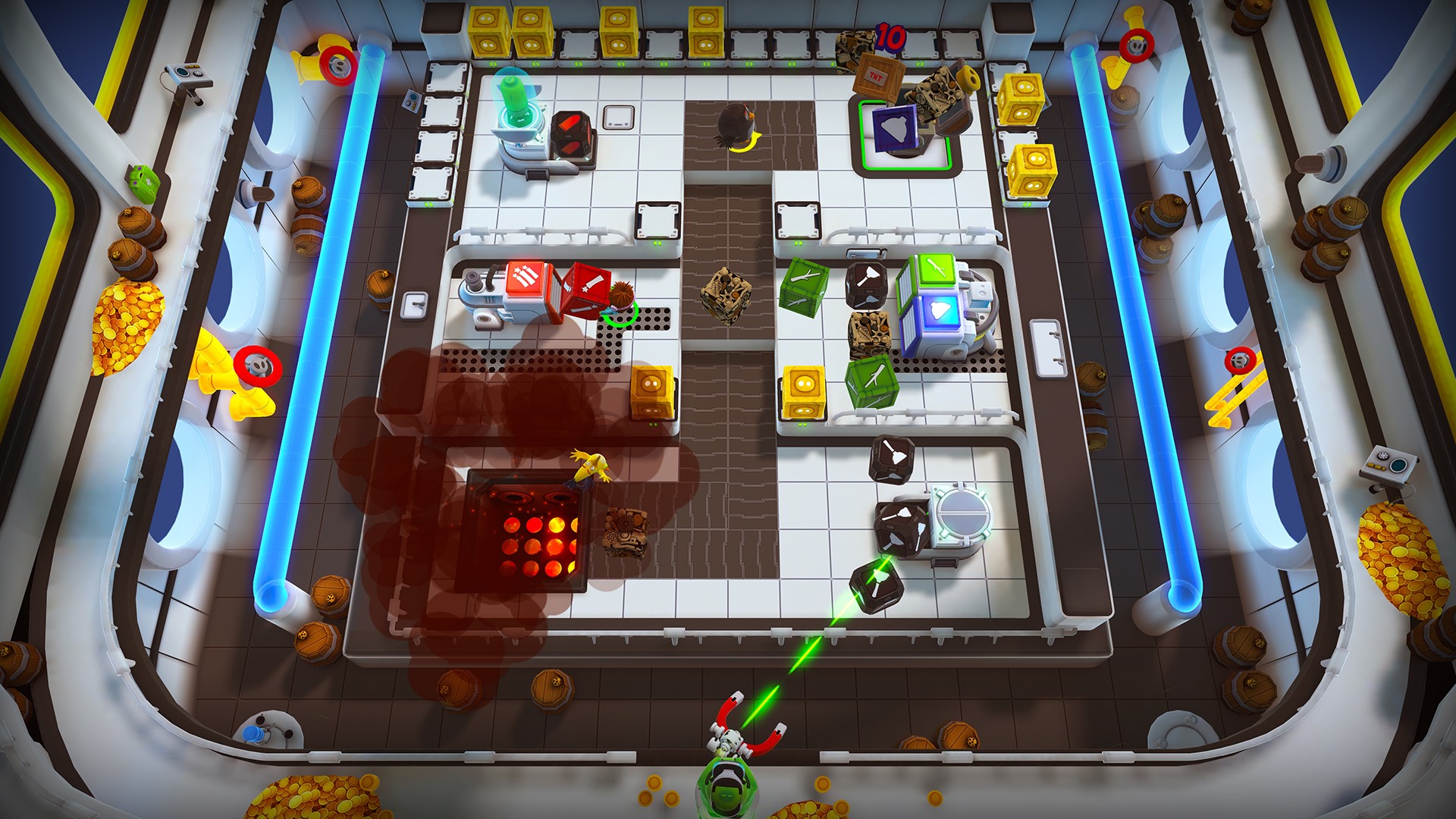 Though there’s the option of co-op play for three other players, it was me who started the proceedings, while the rest of the family looked on. Unknown to me at the time, they couldn’t see on the TV what I saw on the headset; instead, there’s a fixed angle on the production floor where you can manually control the birds who load up the guns. From my viewpoint, the initial underwater scenes, while pretty uneventful, looked great. When we swapped the headset over, and I saw what everyone else saw onscreen, I could see why they were a little deflated. It didn’t help that the early sections didn’t offer any sign of the classic toppling pigs game.

The comparisons are more with the Overcooked style game where it’s about running around under each other’s feet with the intent to pick up an item to set off a chain of events. In this case grabbing boxes to make ammo with the birds located on the floor, while the pig, Leonard has the elevated position and fires off the cannons, watching the events unfold beneath him. As a one-player effort, you can switch out between your pedestal and the labour work on the ground by pressing the triangle button to jump between roles. However, the game is much more enjoyable with other players – you just have to fight over who gets the helmet.

When playing as Leonard, you get the better experience as you play a Captain Kirk type, giving your orders out from the top deck but with the best view. The viewpoint here is underwater from the submarine as you make your way to Eagle Island. Other than the plungers, Leonard’s other role includes using magnets to obtain items; meanwhile, the birds will be flapping around collecting the crates you bring on board. Controlling the birds is pretty simple as they can be controlled with the left analogue stick, pressing square to interact with items. Having more people makes the jobs a little easier, but of course, one will get in the others’ way, but if you’re Leonard, you can sit back and enjoy the chaos. 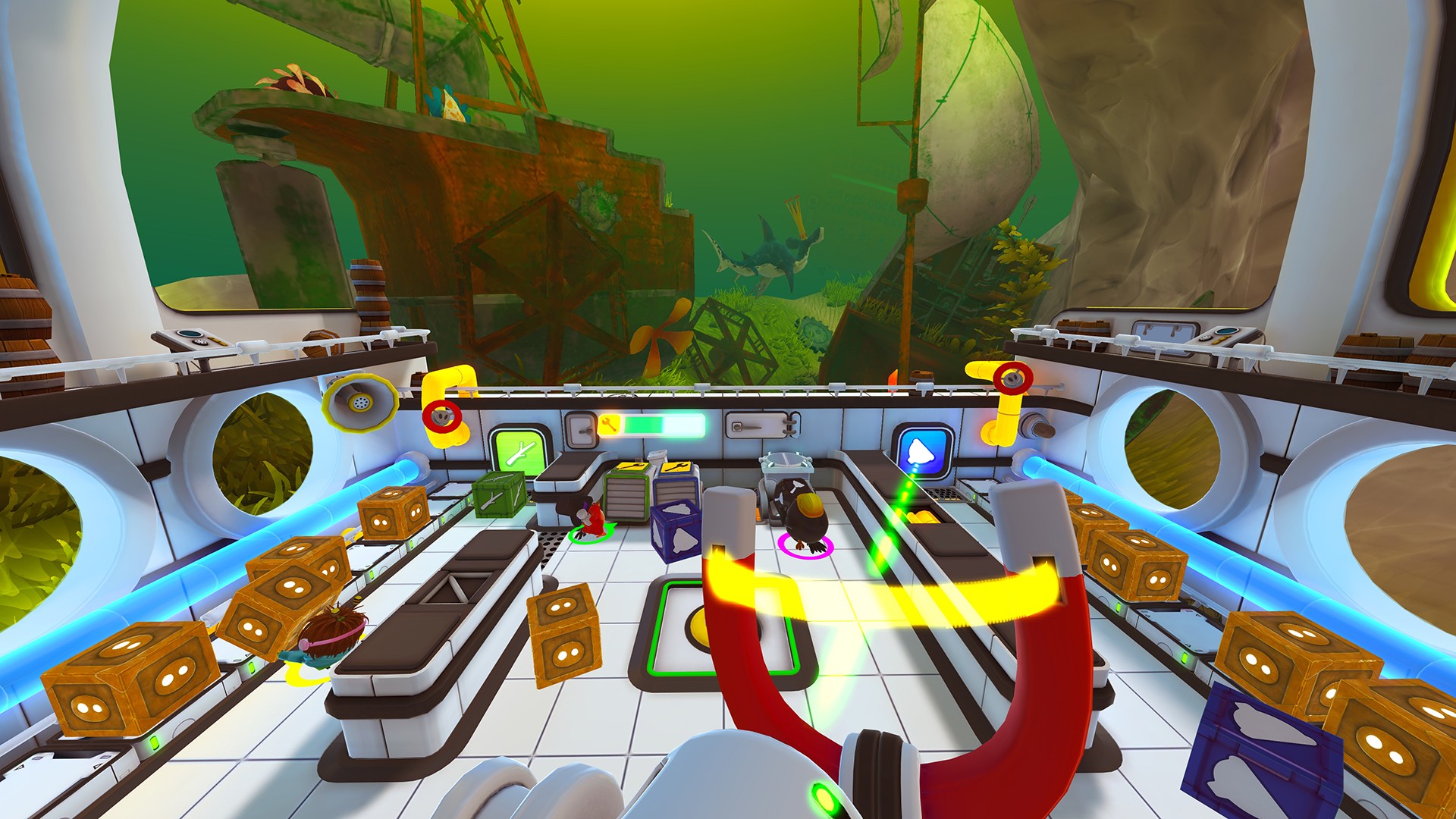 In terms of presentation, Angry Birds Movie 2 VR: Under Pressure does a great job in recreating the world and following up from the two-minute intro sequence to the film at the start of the game. The same applies to the mechanics as before as you gain stars based on your performance – the more you collect, the higher your rating, so it ties in with the classic Angry Birds formula. However, we were all a little confused into thinking this would be a first-person version of the catapult side of things, and while there are some variations, it’s not quite what we were hoping. Still, the inclusion of four-player co-op was a bonus, and any multiplayer experience will be determined by the game as well as those involved. Despite the reservations, Angry Birds Movie 2 VR: Under Pressure was a fun game to play in summary.

The game is relatively short with nine main levels with bonus stages thrown in. Of course, there’s the carrot dangler of getting stars for all the stages, so that depends on whether you have the patience to play by yourself (somewhat harder), or getting a group of friends who are relatively adept at the game – which is probably unlikely. As fun as a co-op game can be, it might have been an excellent option to play one off against the other. Still, Angry Birds Movie 2 VR: Under Pressure works well, and as with most decent VR worlds, the Angry Birds atmosphere is well created. From the familiar cutscenes to the interiors of the submarine, it’s quite easy to get distracted looking around the underwater worlds to only realise you need to load up the cannons once more before you pass that elusive crate.

Don’t expect a typical Angry Birds game with this VR experience, but equally, go in a little more open-minded than we were with the game and you’ll be surprised that it’s a pretty fun, family-friendly title, though best experienced with others than going solo.