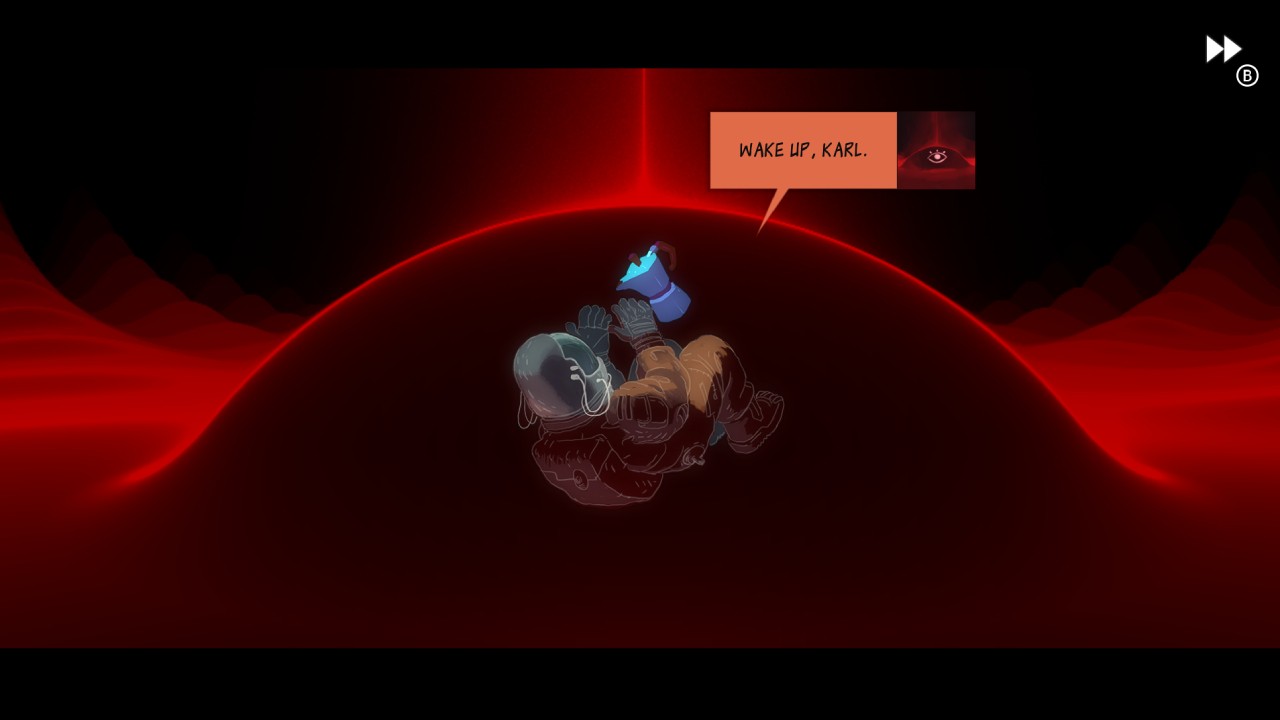 It’s a chore simulator, but in space

Still There is an adventure puzzle game that centers its story around a father named Karl Hamba who is aboard the Bento; in charge of completing daily tasks for his employers with the help of an advanced A.I named Gorky. In some moments the story can get intense and will captivate you, but all of this is soon overshadowed with the puzzle aspect of this game.

As soon as the game begins you have your introduction of Karl and Gorky and we see a little backstory of Karl, his family and Gorky’s purpose. All of that comes to a halt when the first assignment comes in, which is to do a regular check of equipment. Now, there is no tutorial or anything like that to point you in the right direction, but Gorky is there to give you subtle hints on where you need to look. It’s simple enough. However, as the game progresses through, the hints drop and you’re left on your own figure out how to perform your tasks. As I said before, there never was a tutorial or a layout of the ship. It’s a cluttered mess and to find something in there is so frustrating. For example, one of your tasks was to get something to eat. My first instinct was to open the fridge, of course, but there was nothing to eat, so you then must concoct something you are able to eat. Nothing was labelled, so it was constant point and clicking till I could find anything. If I was struggling with this I knew I would be I’d be in trouble as the game progressed forward. I turned out to be right. 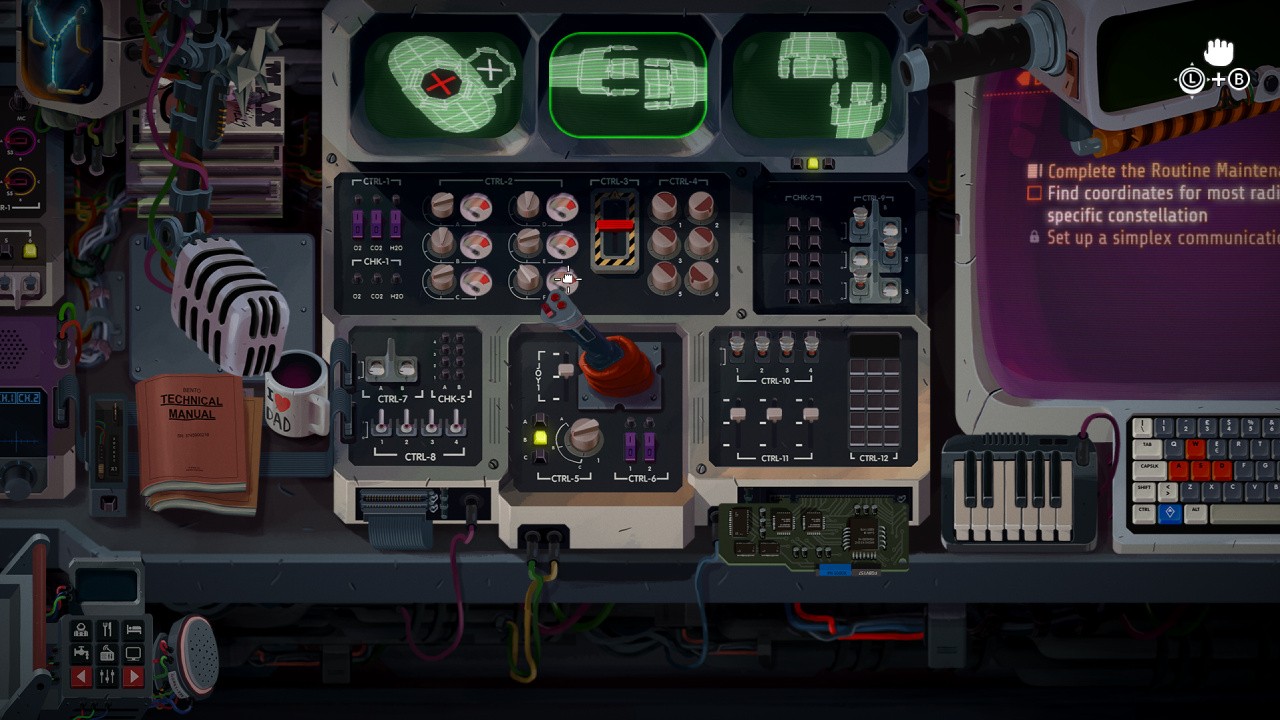 You would get harder tasks later in the game, like install a connection with Brane Co or such as install a duplex connection. It’s convoluted tasks like these that are a major turn off to the game. The game actually has the player read a training manual to see how the tasks can be done. This leads to constant referencing of the manual which honestly made me want to stop playing. You’re always going to be flipping buttons and switches like crazy. Some are that small, you have to actually use a magnifying glass to even see them and that wouldn’t even help at times. I’ve resorted at times to just pressing random buttons which sometimes actually worked but at times to no prevail.

There is a function in the game that acts as an easy mode. Once activated the required steps to complete the task decrease not necessarily making it easier though.

What I love the most about the game is its story. It shows a rich narrative and relationship between Karl and Gorky and at times can be humorous, then when you least expect it, it turns pretty dark and I love that. You can view Karl’s diary entries and inspect certain items around the ship that would reveal his past and give more of a clear explanation of what’s going on. 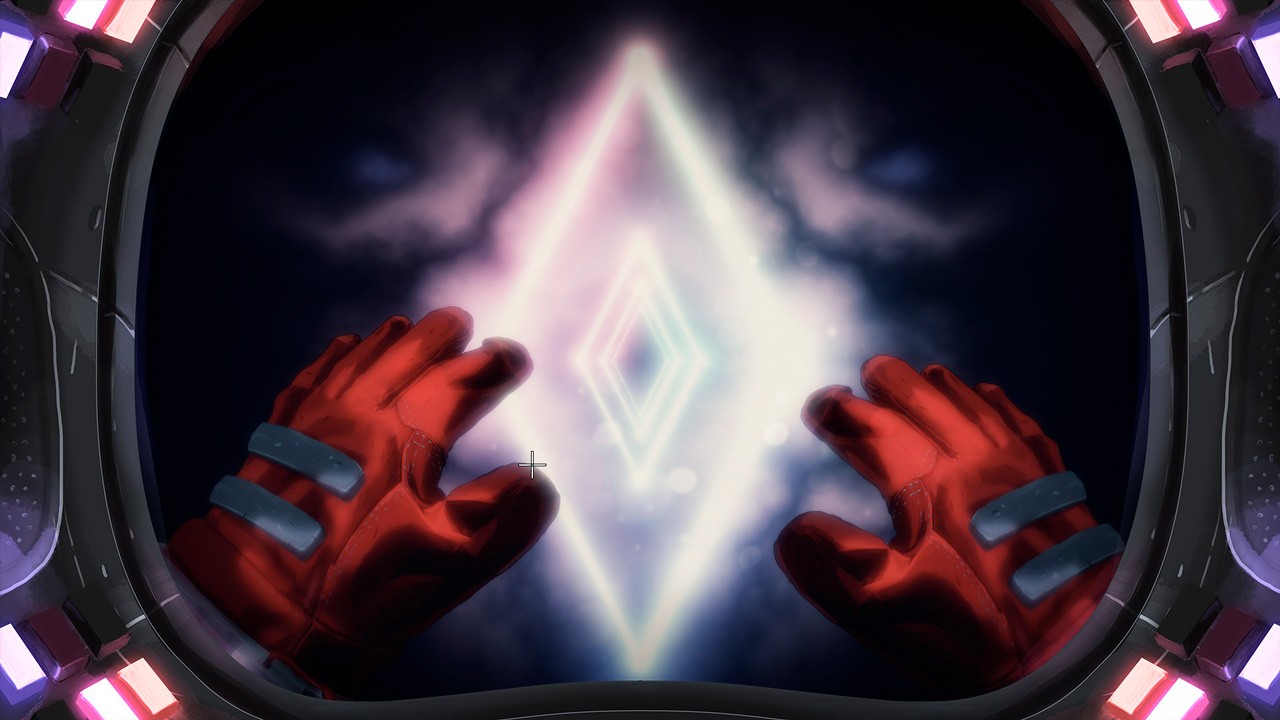 Graphically, it’s just messy. It’s a 2-d side scroller that lets you go through different parts of the ship. Each section is just a clutter of buttons, switches, panels and overall junk cluttering the screen; making items you’re supposed to find just hard.

Still There was a game that relies too heavily on its story to carry it. Due to its unnecessary and complicated puzzles, and repetitive tasks and functions this game feels like i’m back at home doing my daily chores around the house. As I said, the story itself was great in my opinion but in order to progress that, you would have to perform the daily tasks presented to you. The story was good but not good enough to put up with all that. To some a game that actually challenges the player, may be exactly what they’re looking for. If you really want a good brain teaser than Still There is right up your alley.

Still There was a game that relies too heavily on its story to carry it.