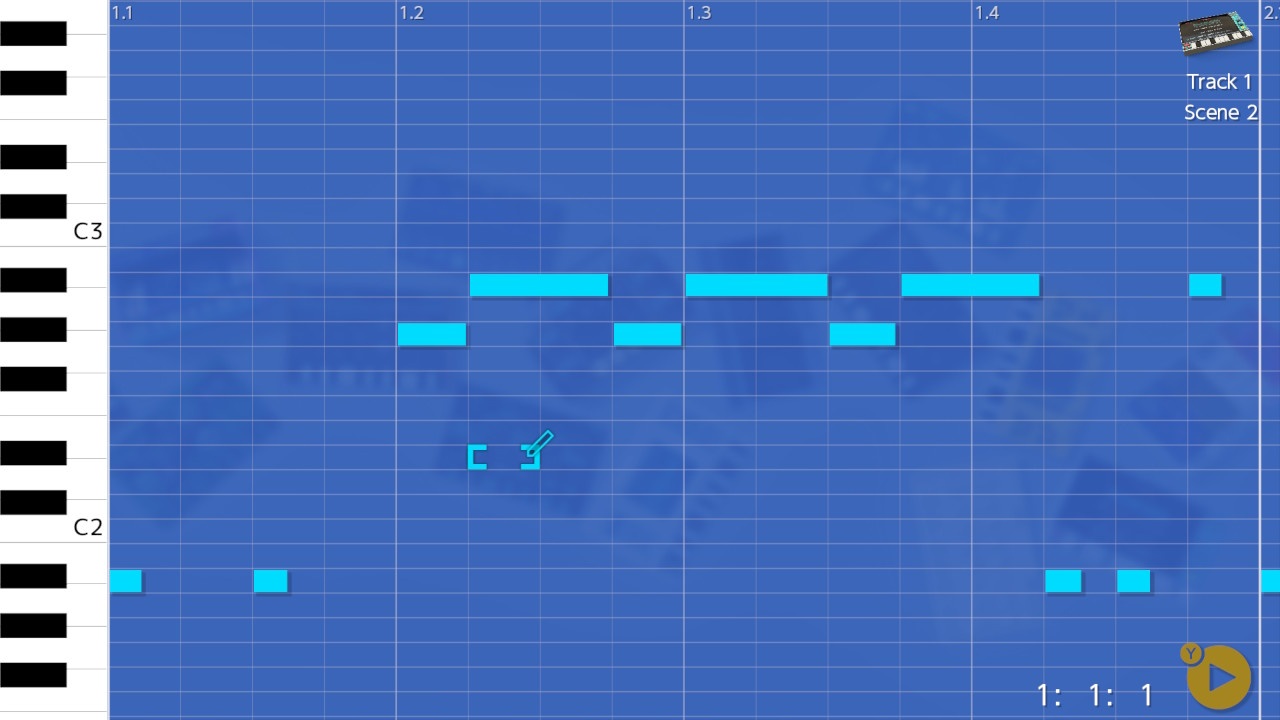 Music creation is one of the smaller niches that you’d expect to see filled on a video game system. While things like musically driven rhythm games are certainly widespread and accepted, actual music creation is quite another beast entirely. It generally takes patience, understanding of written music and a bit of a finer ear for notes and pitches. If you think the cat walking on the piano is a pretty smooth tune, then the creation of music may not be for you. However, if you do have a greater believe in beats, it’s hard to find a name finer than KORG for creating and utilizing beautiful electronic music. So seeing the arrival of the KORG Gadget onto the Switch should be something heralded as a gorgeous sign of the times. However, enthusiasm must be tempered, sadly, by limitations.

First and foremost, KORG Gadget for the Switch carries a lot of the same perks and benefits that you’ll find from the earlier release on iOS. In lieu of the per-device limitation that the iPad users had to find out, the Switch takes full advantage and can max out the number of machines and tracks that you have going simultaneously. Additionally, all sixteen of the Gadget synthesizers are present, giving you a full range of sounds that can create amazing trance effects, ambient piano music, full retro acid house style or even some great video game chips thanks to a collaborative effort from BANDAI NAMCO. If you have even an inkling of musical creation in you, the amount of full-scale composition is available to you, at your fingertips, in a matter of seconds. Tons of fine tuning for reverb, pitch, tremble, echo, loops and so, so much more that could take paragraphs unto themselves to describe and itemize. 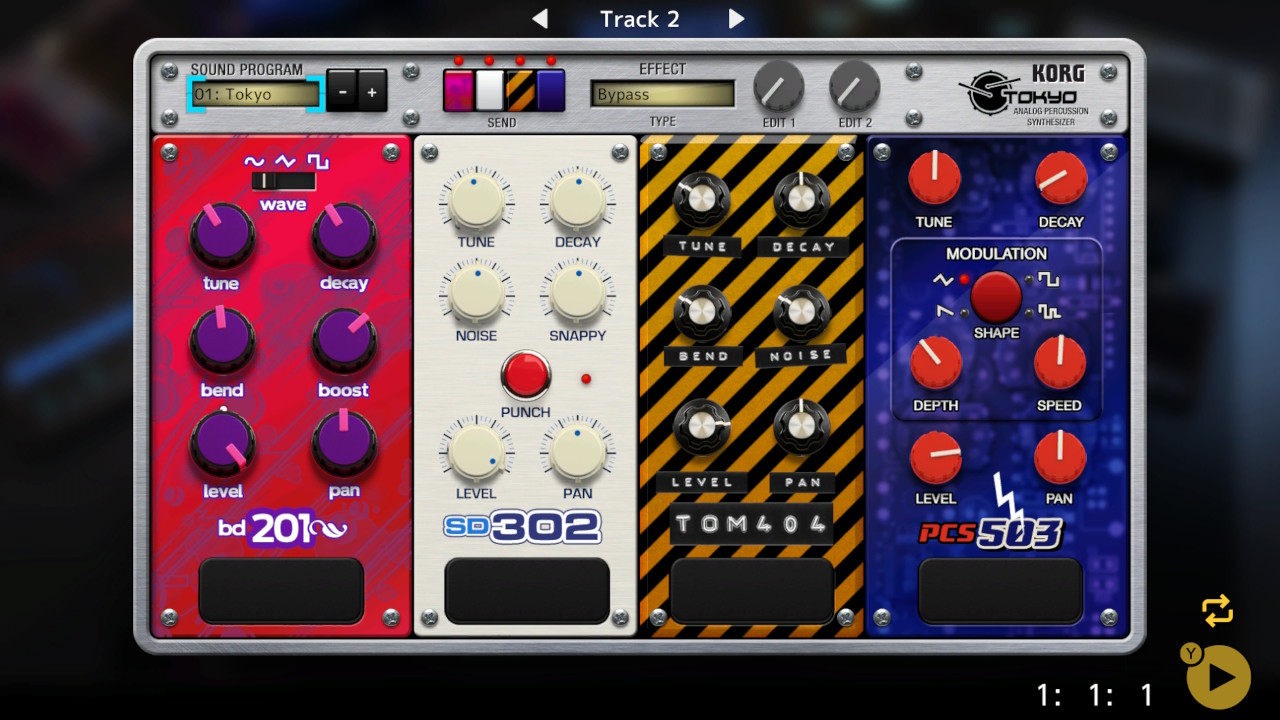 So what does the Switch version of KORG Gadget do differently and well? The JoyCon controls, for example, are actually quite useful and not just novel. I was surprised at how well you could swap between machines and overviews using the buttons and joysticks, as I firmly felt this was meant to be either a touch or mouse interface only. A lot of consideration went into how to best use the tactile feedback of the buttons to create some of the best maneuverability across the boards. The motion controls were less than impressive to me, as I preferred to simply angle up and down to fine tune the knobs, but I can see how the twisting motion would appeal to a lot of folk. And the rumble is…I get what they were going for, and it’s nice to have a sense of physicality with the track and your interactions, but most of it just felt like it was for show.

KORG Gadget for Switch does one thing incredibly well, and that’s keep the target audience of the Switch in mind. Multiplayer song creation is an absolute blast and actually gave me several hours of enjoyment as I had my children and wife join in to all add sounds and touches to the music we were making. Four players can occupy the docked screen seamlessly in order to move about and alter different inputs and items listed across the screen, potentially making a masterpiece in minutes rather than hours. I say potentially because my kids are both under the age of 13 and are still very much at the age where noise and music sometimes blend together. I still saved the track that we made, but I don’t think I’ll be uploading it to my SoundCloud.

And time-limit mode is ridiculous, as the game forces you to either use randomized synthesizers or pre-selected ones to create a composition in a matter of minutes (as few as one minute!). I had a great deal of fun rushing and smashing down the notes as fast as I could switch between machines, trying to crank out a passable beat before the time was up. There’s no rating system or anything, so the only judge of your quality of creation are you and whoever is around you. This could easily be a fun activity for drunk music majors to get up to during stressful nights during finals and you just need to blow off some steam. I can also see this as a final throwdown after someone spends all night bragging about their musical skills in something like Garage Band and you want them to put their money where their mouth is NOW. 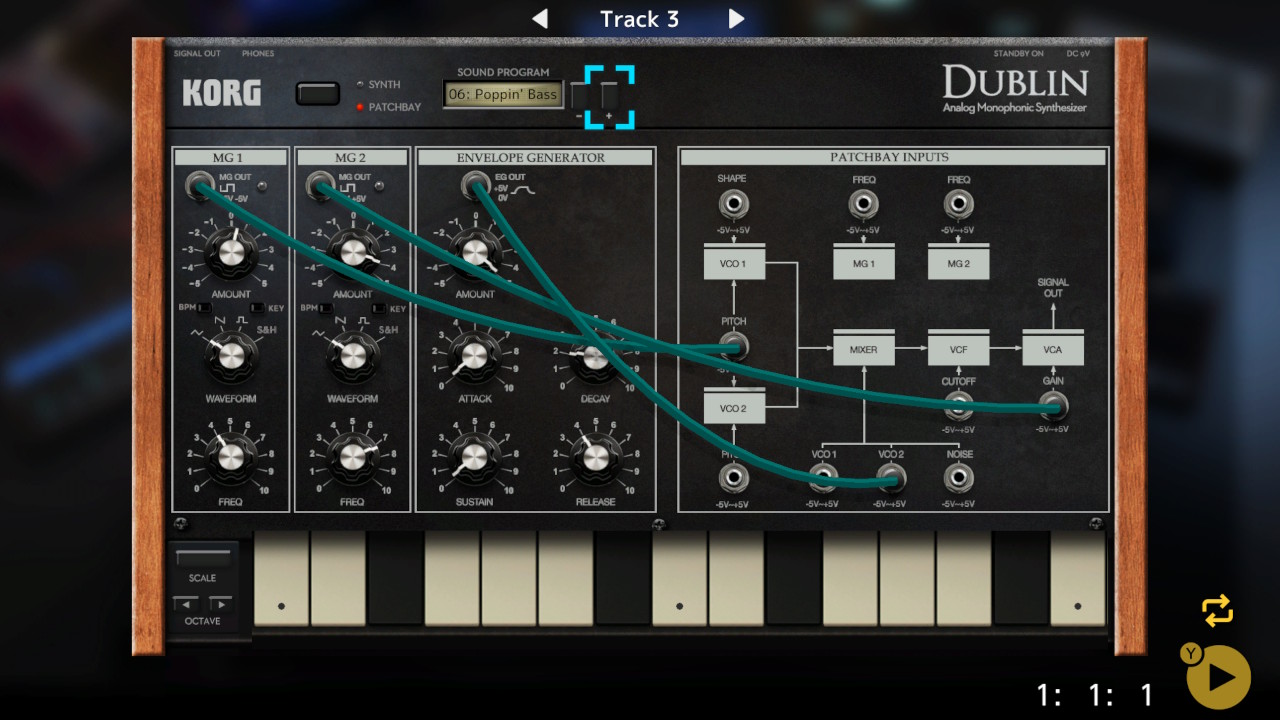 I’ve purposely avoided the elephant in the room regarding KORG Gadget on the Switch because it needs to be addressed last, not first. The biggest pull for KORG, on any platform, is to be able to export your work and share it, enjoy it, profit from it if need be. Simply put, you cannot do that with KORG Gadget for the Switch. You can save your project, and you can send it, wirelessly, to another Switch in proximity. There is no MIDI support for output, no USB C to download to the PC, not even the option to save it to the micro SD and copy it to the computer. The official stance is to simply connect something to your TV to save audio via HDMI Out or, in a more primitive form, do a line out to a PC and record it. It’s ignoble and incredibly archaic, but KORG has made it known this is not their intention or their wish, and it is that of Nintendo’s Switch design. Anyone who’s owned a Switch for more than a few days understands some of the machine’s shortcomings. No cloud saves, no 3rd party docks, and still no real online services. This is just another grievance against the larger party, and people unfairly point their fingers at KORG and declare the product to be subpar.

Let me make something perfectly clear: if KORG Gadget allowed for the easy export of projects and music, this would be a must have for musicians the world over. It’s a fantastically done interface and smooth-as-silk program that runs well, even from the micro SD install. I can understand and empathize that fans are disappointed, and it will keep me from giving this a higher score. But I also understand that it’s not KORG’s fault, and that prevents the score from going lower. The line in the sand is this: if you think things will change in the future, or if you simply love to make music regardless of the end result, then get this game. The price tag is hefty, but it’s made by professionals and you don’t have anything even remotely near this nice on the Switch. If saving your projects in a simple fashion is a deal breaker for you, though, don’t buy this. Save a negative review with a preemptive warning, and let’s all hope something changes for this title in the future.