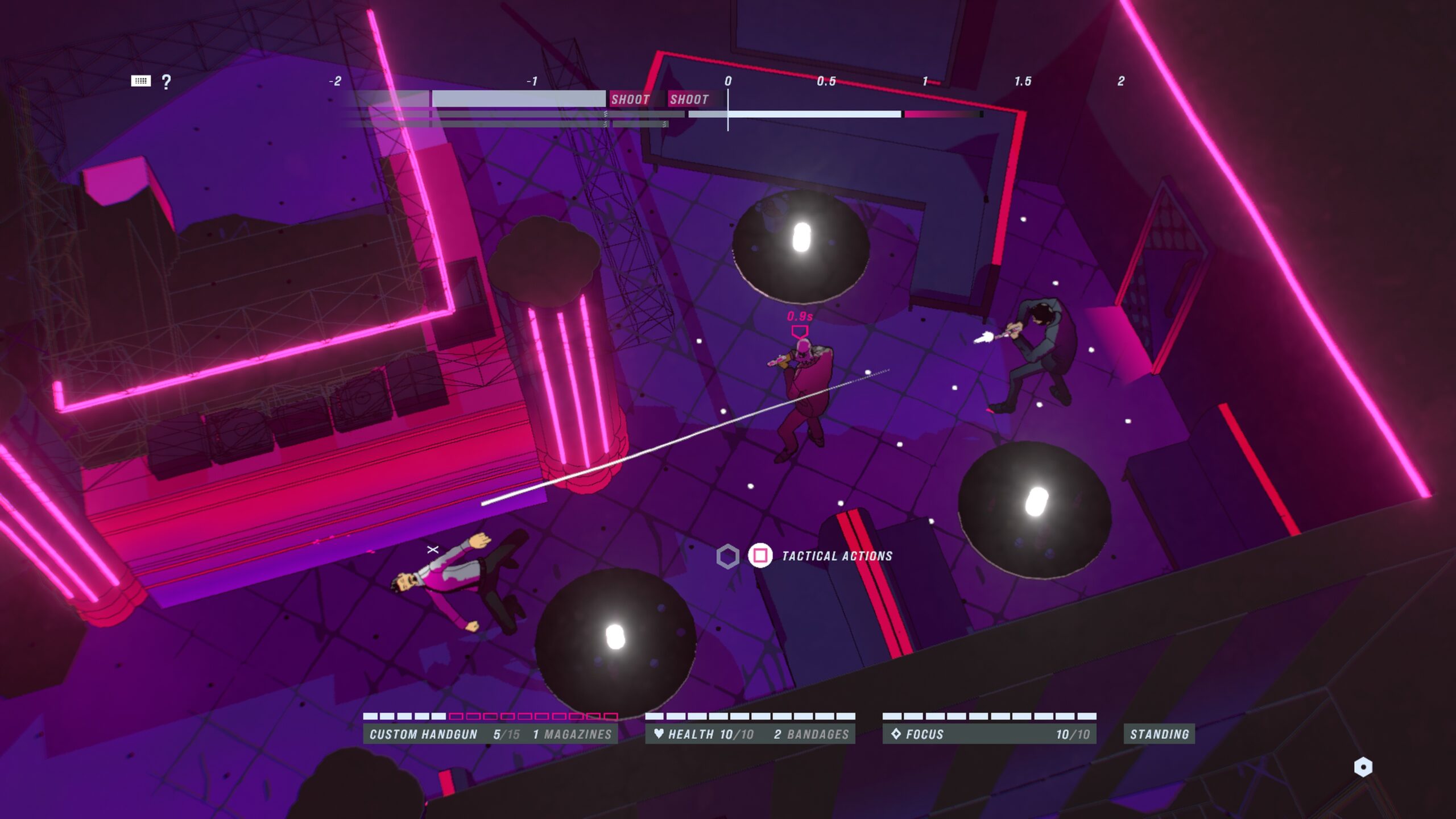 John Wick is the darling of action cinema – who doesn’t love this monosyllabic fighting hero, seemingly invincible to threats that would typically put down an elephant? A cameo in Fortnite meant that he was bound to show up in another game – or even his own starring role? Well, count your blessings as John Wick Hex is here in all its glory.

John Wick Hex is a turn-based strategy game in the style of an XCOM game, but with a few adjustments. He acts very much like our beloved protagonist, who uses gun-fu and close-quarters combat that would make Solid Snake soil himself. The story follows Wick before the events of the first film, seeing Baba Yaga in action when he’s fulfilling contracts – in particular, executions.

Now you could start the game as intended with the Operator difficulty, or you could follow the path of the legend himself and go the Expedited route. Forget the latter; the core game is a challenge in itself. The game features quite a few cutscenes that appear rough around the edges with the art style, but I have to admit, I’m a fan of it – especially the use of colours in the game. Winston himself, Ian “Lovejoy” McShane returns to the role, as does Lance Reddick and gaming legend, Troy Baker (Joel from The Last of Us and Higgs from Death Stranding to name a couple). The three actors are on form, but no Keanu – not that you need him for voice acting – he’s doing some other ‘unknown’ game later this year. 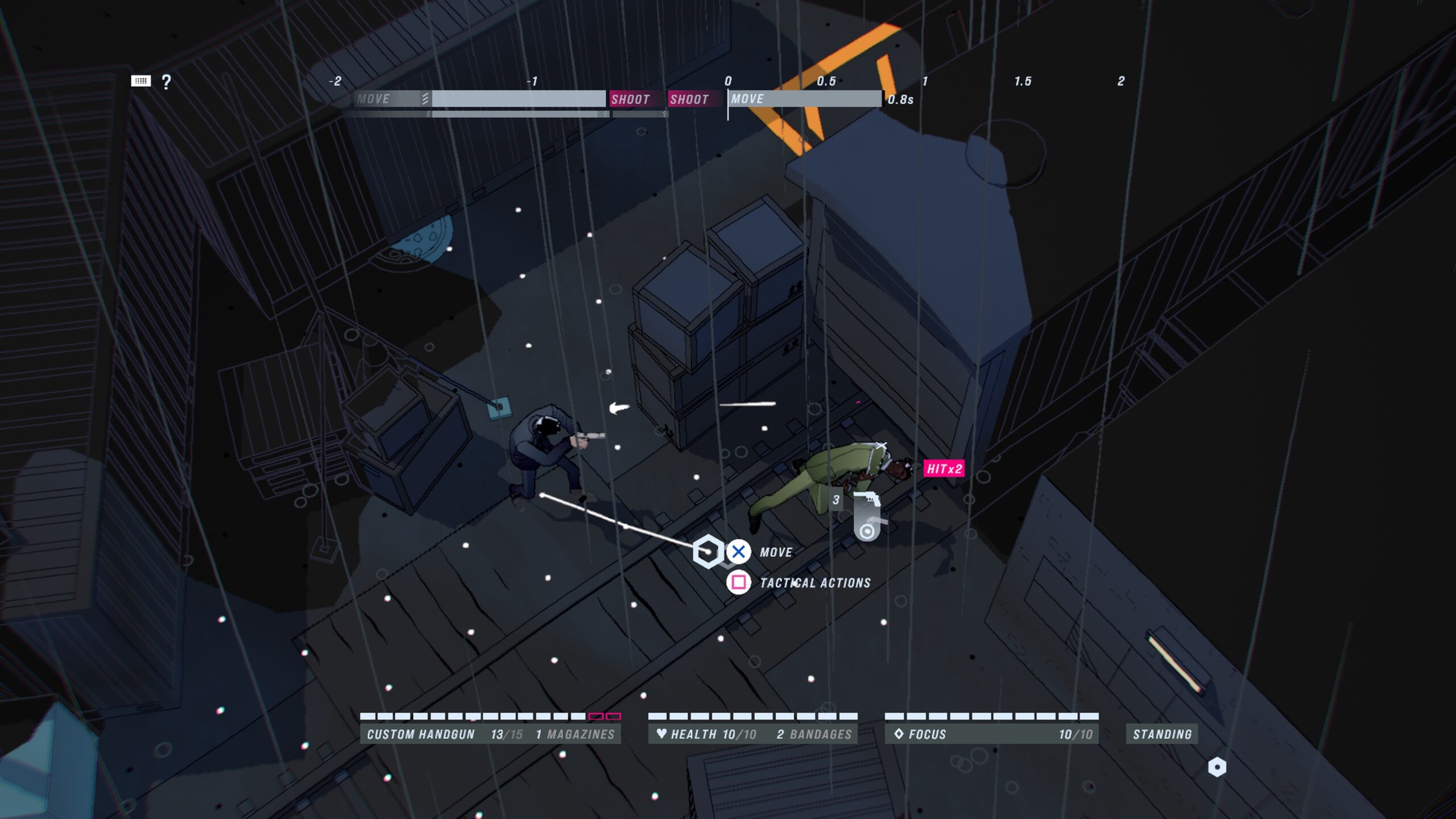 The controls are straightforward: move Wick with the left stick, the right stick for angling your way about the maps, as well as to zoom in and out. As a turn-based game, you have to position yourself in strategic points to take the enemy by surprise or hold them back in the event you’re outnumbered. But, if you’re a fan of stealth titles, the key would be that route. The game introduces ‘interruptions’: the game will pause after you’ve completed an action, when you are unable to do anything else, or when a new enemy or attack happens.

You’ll move forward a few steps to reveal an area, a pink line of sight will flash up to say you’ve been spotted and the enemy is engaging with you, so you drop your stance to make you harder to hit, shoot then roll your way out to cover. Certain actions like the roll, reloading and advanced melee attacks, will use your focus. Once out of focus, you can still shoot, but your accuracy drops and the risk of you taking more damage increases. Replenishing your focus is super easy, however, and it doesn’t cost anything. You bring up your tactical commands with the square button and select refocus, and pending you’re in a safe place, it will almost max out in one turn. The problem is when you do need it is when you’re in danger and being chased. Ideally, you’ll want to roll everywhere as it’s harder to hit you and you cover more space but… it uses up focus.

My preferred tactic in the game was stealth, then once up close, throwing my gun to stun the character, getting closer still and then performing a takedown. With the takedowns and all other actions for that matter, you’re given the probability of success in the form of a percentage. Though it costs focus which can easily be refilled as mentioned above, it doesn’t use ammo to take them out, plus you can redirect where they will fall (i.e., out of sight), plus it doesn’t make a noise. Best of all, it’s the closest you will be to John Wick with all these pseudo-Jiu-Jutsu moves – who needs guns? Well, you do, so get used to it – plus, you can only carry one weapon at a time unless you’re throwing them like my method. 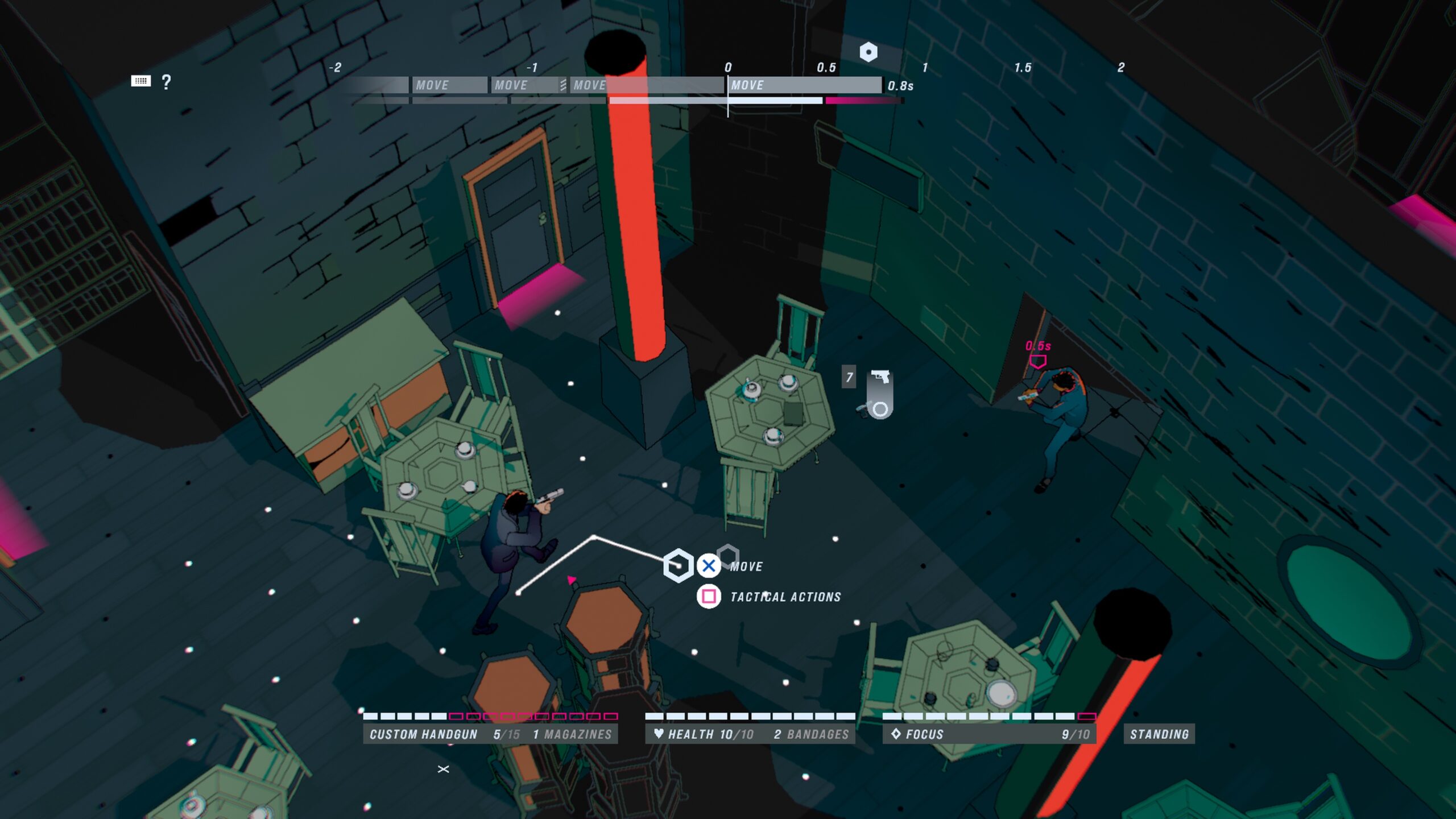 A lot of the tactics involve the above as I found if I took my time, enemies would appear out of nowhere and kill me pretty quick. Wick responds in kind, but you have to pay attention to your focus as well as your health. He comes armed with bandages to heal himself, but you only get so many so it’s an ideal situation if you can avoid getting hit full stop.

As for the level design in the game, the stage is broken down into sections, displaying a map for your mission and you create the path you think best for the attack. John Wick Hex is a strange game in that it feels like an XCOM game with the turn-based elements, but the pace contradicts itself. When it comes to free movement, it feels quite the opposite as you’re always stopping and starting again and the time gauge at the top of the screen reminds me of an editing suite such as Final Cut as you’re simply advancing frame by frame. In some respects, it gets quite frustrating with all the interruptions, but as you engage with the enemy, the game speeds up – notably when you’re under attack!

There was one section where I sneaked up on a melee type, threw my gun and missed, so as I got in to knock him out and then pick my gun back up, two more enemies appeared – one shot from down below, the other from the top part of the screen, then the melee chap hit me with one punch, and I was dead. Compared to walking down the alley to reach them, which was full of interruptions, my death performance was over in a matter of seconds. John Wick Hex is a hard game – even on the Operator mode, but despite the frustration with the interruptions, the difficulty is about right for a strategy game – this isn’t supposed to be running in and shooting everything, coming out unscathed.

If you want to replicate John Wick in a calculated way, this is the closest you’ll get for now, and while it captures the mood of the films, it doesn’t have the same raw energy and urgency – the interruptions being the spanner in the works. Still, a good strategy title worth your time.