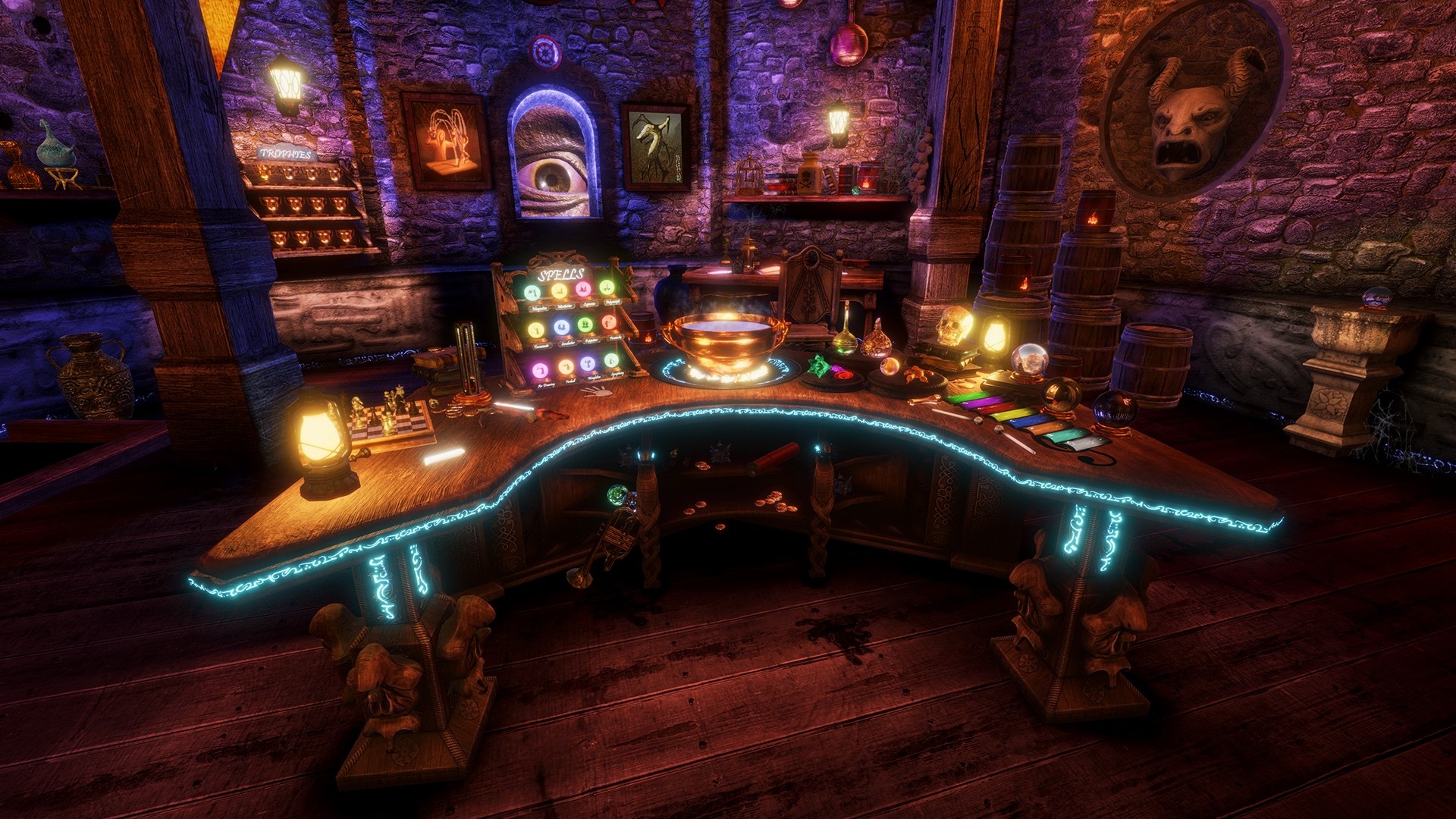 Released way back in 2016 Waltz of the Wizard was considered one of the games you’d show off to your mates as an example of what VR could do.  If they were familiar with using the Wii controllers, they’d instantly get Waltz of the Wizard. Flash forward to 2020 and, with an extended edition and a Scavenger Hunt update, Waltz of the Wizard retains its tech demo roots and, for the most part, is an easy pick up and play experience for anyone looking to while away a few minutes in between bouts of Shadow Legend or even The Wizards Enhanced Edition.

Set primarily in a wizards chamber, Waltz of the Wizard has you using the two PSVR controllers as your conjuring hands. The room is dominated by a large cauldron and a table with a number of items and bottles of undefined liquid. Combine the items and liquids and you’re able to create powerful potions that will allow you to do a number of strange and, well, magical things.

Some potions will shrink anything you touch, while others will make things huge. Other spells will levitate objects while one, and my personal favourite, will transform items into frogs and butterflies. There are 12 of these potions in and, after half an hour or so,  you’ll probably discover them all.  Sadly, after that, there’s no more chicken left on the bone. 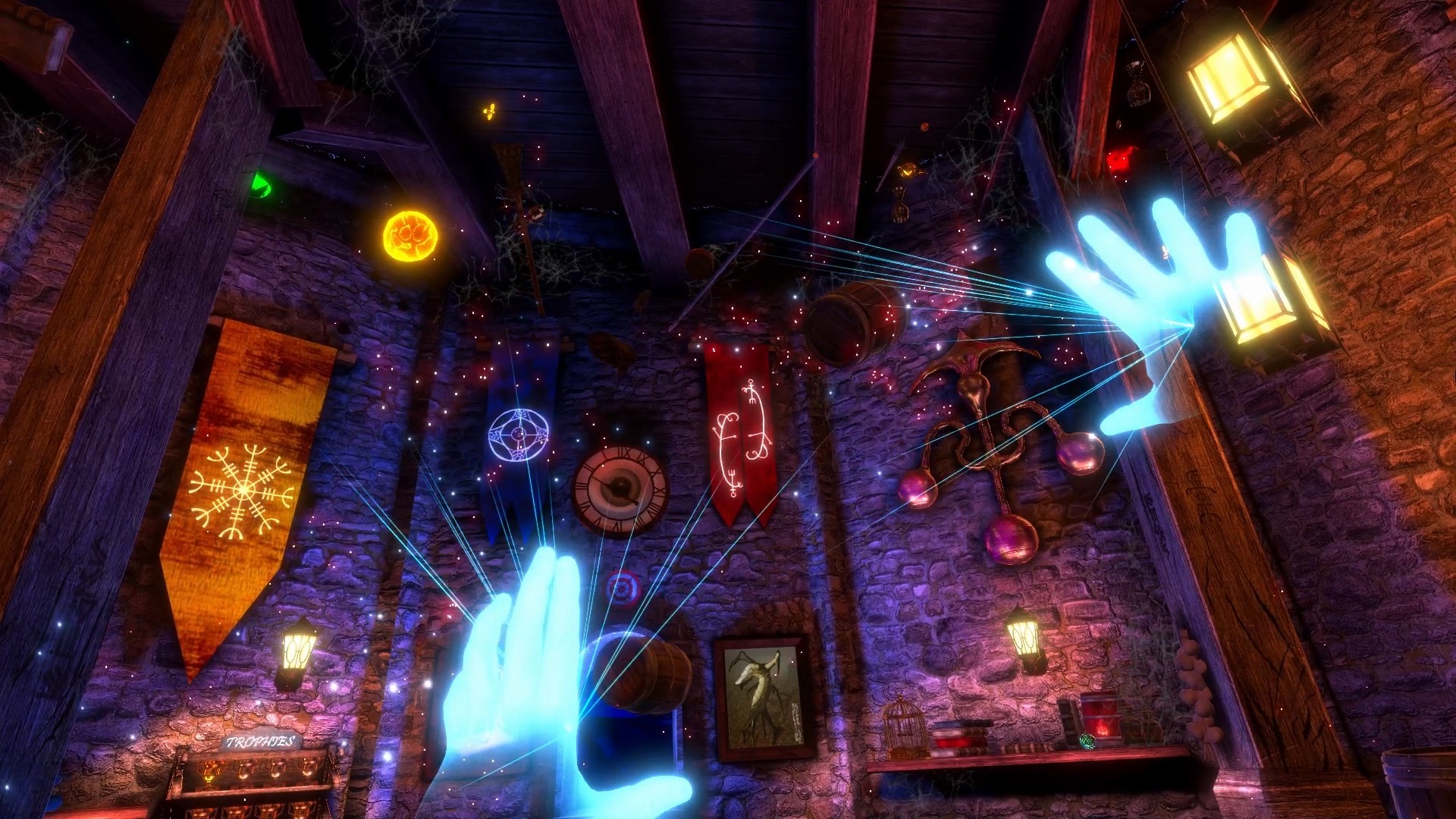 In the room with you is a talking skull who will use witty prose and rhyme to encourage or scold you if you don’t follow his instructions. Waltz of the Wizard offers a number of mini games that you can play at will and rewards you with trophies as you progress through the games.  These are arcade type games of the ‘shoot the arrow at the target’ variety and serve to fill in some time as you wander around the wizard’s chamber. There are also a number glass balls with musical notes that you can replicated using a xylophone which you’ll find next to the cauldron. Recreate the notes accurately and you’re transported to an outside scene like a bridge or – strangely enough – a cell where you’re being studied by huge alien beings. These scenes are not really explained and seem to have been included as further proof of what VR can do.

If you’ve read this far into this review you will probably have worked out that there is no plot as such in Waltz of the Wizard or any clear objectives to achieve. Instead Waltz of the Wizard is a glorified playground that encourages you to interact with a variety of objects and see what you can make them do. The one exception to this is a mini quest where you’re tasked with lighting three orbs and unlocking a new artifact. To do this you have to battle against a horde of undead knights. As far as I can tell this is the only mission-type element to Waltz of the Wizard and, unfortunately, is a fairly short lived experience. 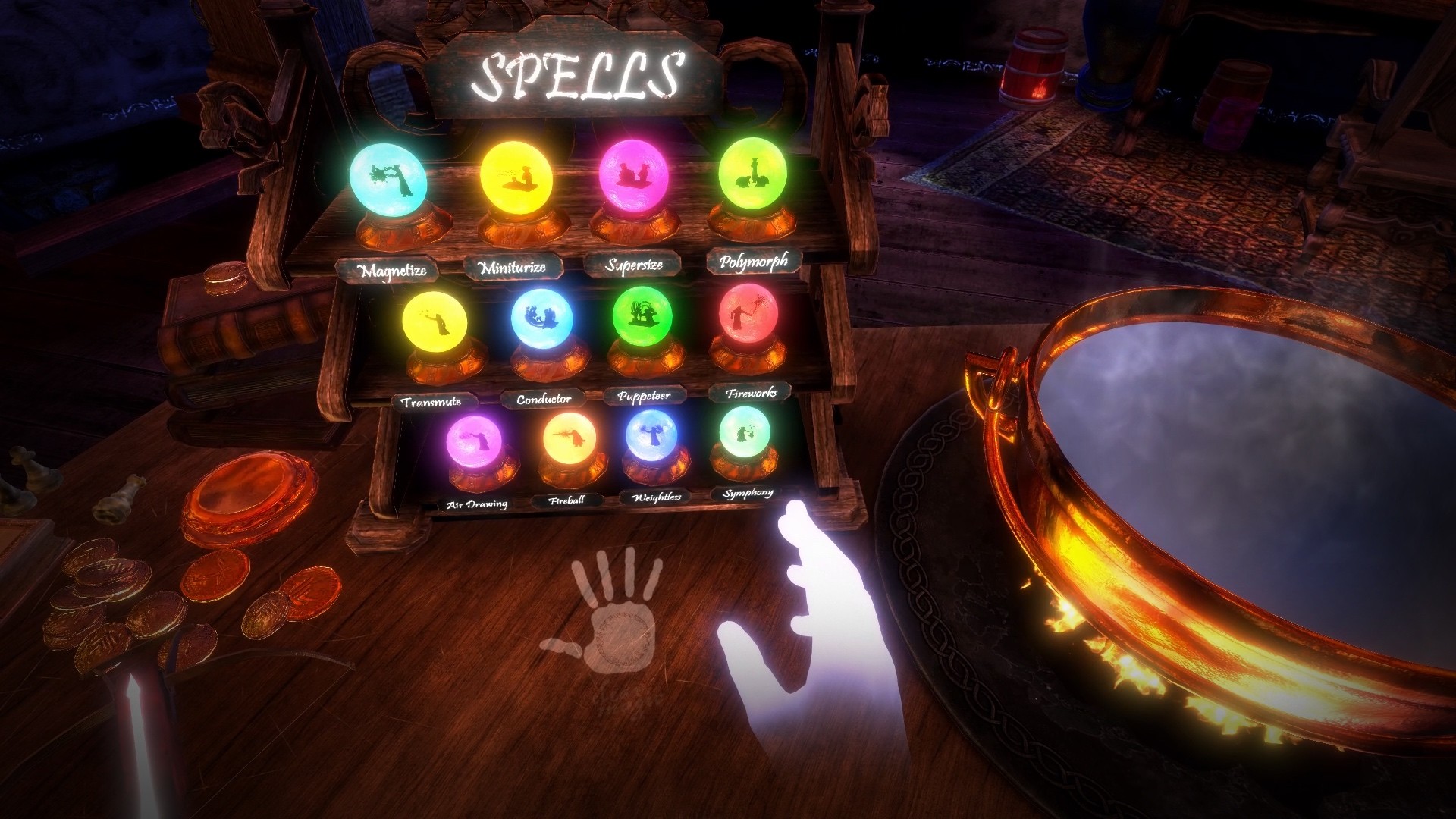 As I mentioned earlier Waltz of the Wizard has a Scavenger Hunt update which aims to improve your gaming experience. The update mainly offers some 40 new items to play with, an in-game gramophone with music and upgraded visual effects (particle effects and lighting). However the core experience remains unchanged. While playing Waltz of the Wizard I quickly grew restless with wandering around the chamber, mixing potions and listening to a skull berating or applauding me. I knew I was an amazing wizard. Probably the best the world had ever seen.  I just wanted to get out of the chamber and prove it. I wanted missions that would allow me to use my new found powers and, hopefully, abuse them along the way. I wanted to slay dragons and rescue a princess. I wanted more. Instead I was confined to my chamber (an irony that didn’t escape me bearing in mind what’s going on in the real world at the moment), mixing potions and wandering around looking for things to transmute.

As a demonstration of what VR can do, Waltz of the Wizard would have been a must buy title back in 2016. In 2020 however, you’ll quickly find yourself feeling like a virtual Oliver Twist with your cloth cap in hand begging the developers for more.

As a demonstration of what VR can do,  Waltz of the Wizard would have been a must buy title back in 2016.  In 2020 however, you’ll quickly find yourself feeling like a virtual Oliver Twist with your cloth cap in hand begging the developers for more.