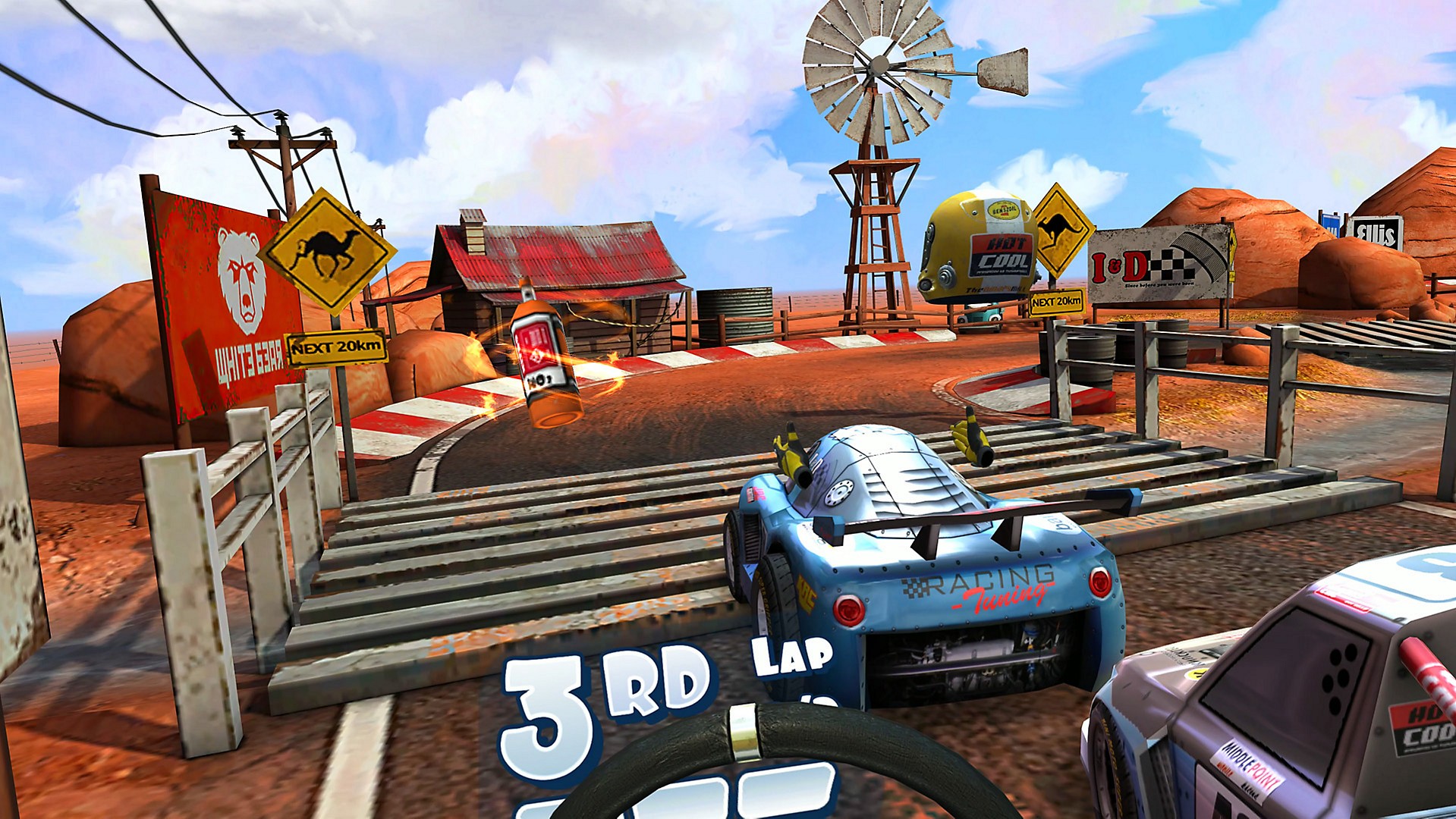 Micro Machines and Super Off-Road Racer were two of the better 16-bit racers that featured minuscule vehicles to play with, and a focus on arcade-like controls with physics that don’t always replicate real-life. First impressions of Mini Motor Racing X were a tribute title with a few quirks, but pretty run-of-the-mill gameplay that would soon be forgotten. Nope. Mini Motor Racing X is a surprise hit.

The controls are the same as any other racing game; R2 to accelerate, L2 to brake and the X button for nitrous. Pressing triangle gives a variety of angles you can play the game with, which quite honestly are some of the best I’ve seen in any game and I spent most levels rapidly pressing the button to view in an alternative mode. Whether you prefer a first-person perspective, third-person or cinematic setup, Mini Motor Racing X has them all and even includes a VR mode (if you have the equipment) which is equally great. However, the standalone game has such great viewing angles, that it’s much better playing in non-VR, but a nice option to have.

Loading times are relatively quick, and after a quick fly-by of the track, the game begins, and you dash around aiming for first place for the most money. Money is used to unlock the various upgrades which are essential for making progress in the game. As for the actual racing, the cars handle like a dream; there’s no understeer, no lag and it’s so responsive when going around the numerous bends. Bear in mind that this is arcade through and through, so though the cars handle so well, it’s a much different experience to games such as Project CARS or Gran Turismo. That said, it’s a refreshing approach to just throwing your car around the corner without fear of totalling it or overegging your speed. 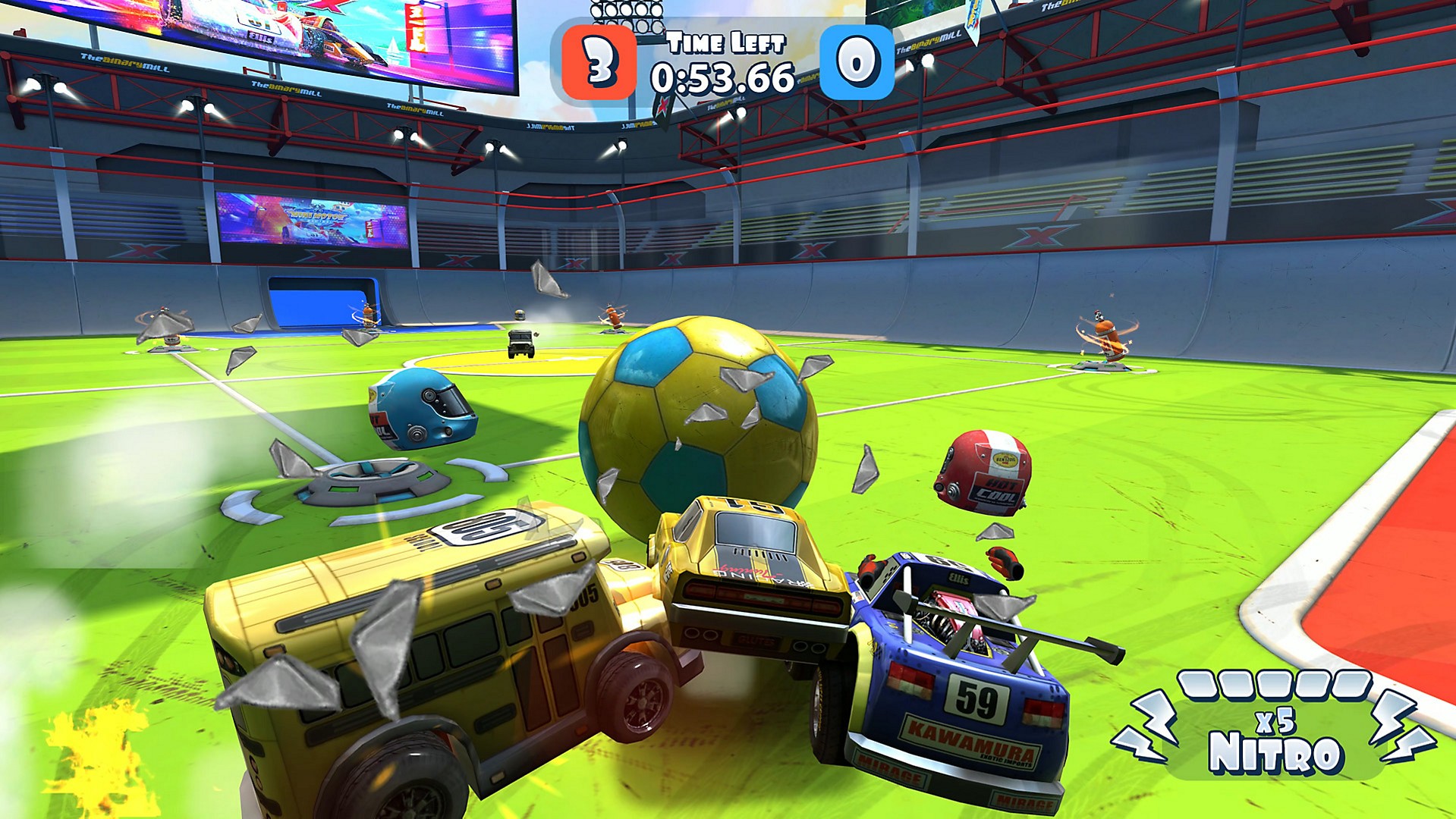 The collisions with the track are absolutely fine, and aside from the odd moment where you get trapped behind a barricade and need to use nitro to get out of the mess, the environments won’t cause you too much hassle. However, that’s not the same for the AI vehicles as they nitro into your rear and fly past. As long as you steadily upgrade your car, you’ll be ok, but some tracks get very scrappy, and it’s next to impossible to get past the little moshpit of racers desperate to get ahead. The main mode isn’t a Mario Kart-like title, but if you switch to Type X mode, you unlock weapons for the game.

There’s an excellent selection of cars to choose from at the beginning without needing to unlock them, with a decent range of liveries too. Each vehicle has a set amount of stats such as handling, nitro, acceleration and top speed. They’re all pretty self-explanatory, and in the early stages, you can play to the strengths of your preferred vehicle, upgrading gradually with your winnings (based on your finishing position as well as the money scattered around the tracks). It took me a few races to get settled on a car – there’s a school bus that has great top speed but is the Donkey Kong of racing, and the small windy roads meant finishing last quite frequently. Switching to the hot rod, I was able to progress through the career mode without too much trouble.

There are plenty of modes in the game, including the career mode which is split into two variations (a Type X mode that features weapons like rockets and tornados). There is a co-op career and four-player quick race that can be played with single cameras or split-screen, a quick solo race where you can compete in time trials on tracks you’ve already unlocked in career mode, and finally an arcade mode. Mini Motor Racing X is already an arcade game so with the arcade mode; it’s a series of mini-games such as time trials, bumper ball, mirco motor and custom. With bumper ball you play a team game of football which plays out like an episode of a classic Top Gear episode – either with friends locally, online or AI. As for the online mode, it was quick to find other players, create a private room and have no apparent lag. Micro motor is a variant of the main game, only your vehicles are smaller, and you have the option to increase the speed of the race, which can be pretty chaotic! 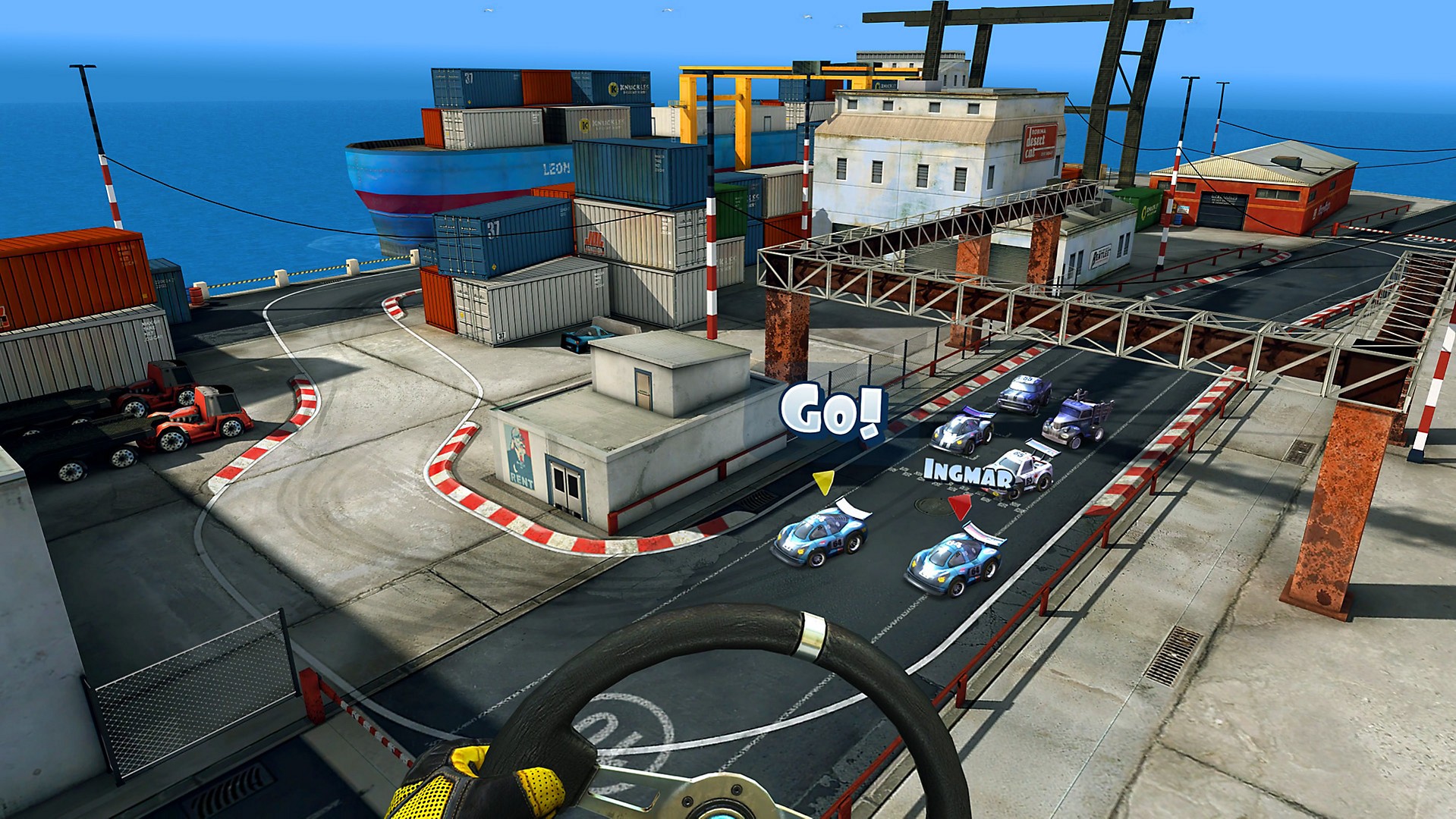 Races are pretty brief, but there’s an excellent selection on display, and of the available tracks, almost all of them are enjoyable. I really was quite surprised about the graphics as they’re both sharp and highly polished throughout. The standout here though was the camera angles – the cinematic one a mixture of Supercars from the classic 16-bit era fused with the GTA series. My only criticism of the presentation was the music. It’s all very… pleasant, but there were times where it felt like I was watching a promo for a timeshare and it felt a little out of context. Everything else, however, was excellent.

Mini Motor Racing X is one of those titles that should be shouted about more as it slipped through the radar when it shouldn’t have. Sure, it’s unrealistic, the crashes with other vehicles are annoying, and you want to buy a timeshare after each race. Still, the action is fast and easy to handle, the modes are more than enough to keep a party from going stale, and the overall feel of the game is a lot of fun and addictive in many ways. There’s the VR mode if you’re keen, as well as local and online play, and of course, bots to raise against if you hate the human race.

Definitely worth looking at if you like racing games but want something that doesn’t focus on all-weather racing, fine-tuning a catalytic convertor or doesn’t take itself too seriously. Genuinely a lot of fun and easy to play.