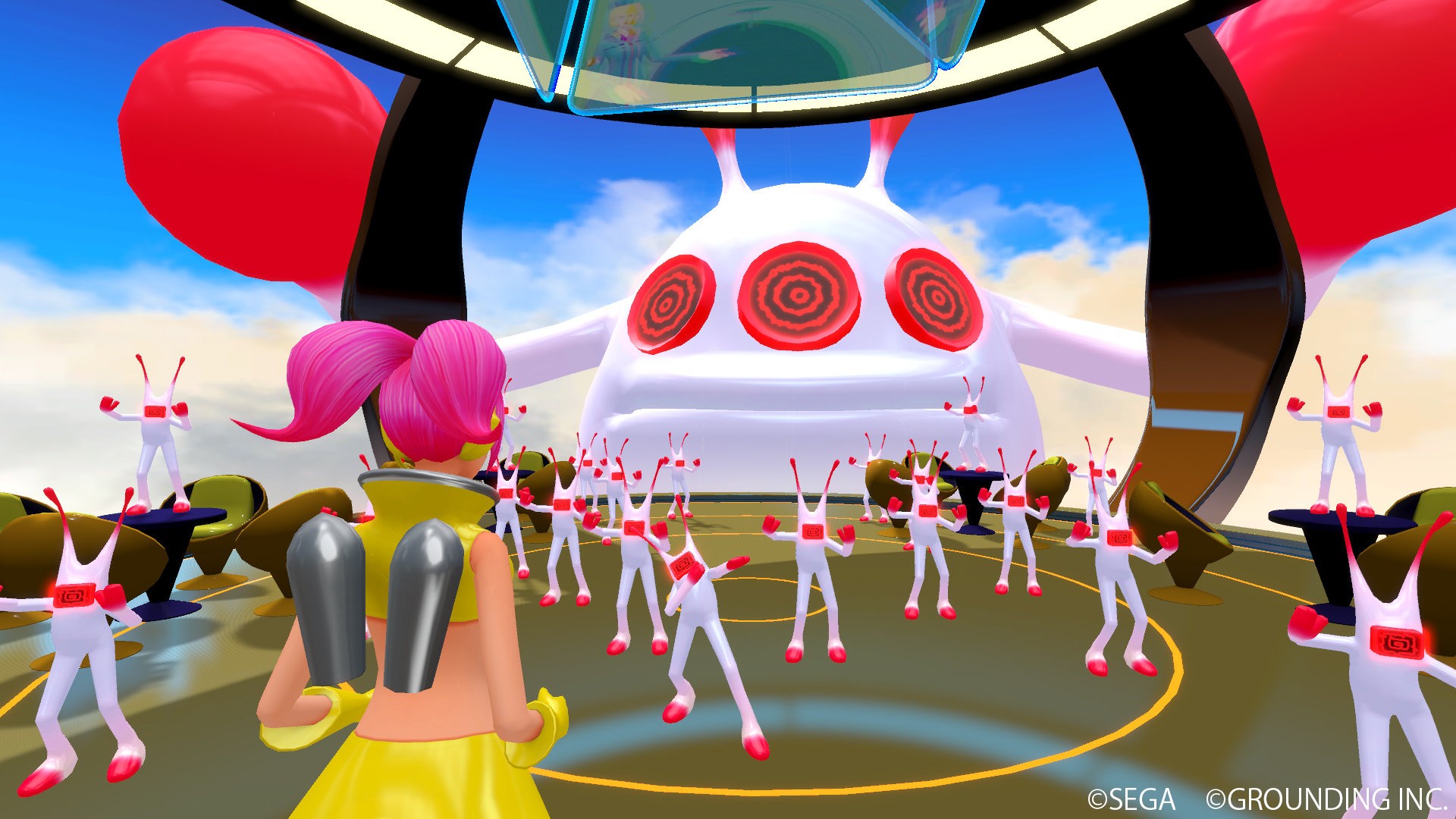 Any alumni of the Sega Dreamcast academy of gamers (which I just made up) will be familiar with Space Channel 5 – whether you played it or not. At the time it popped with its vibrant graphics, dance-based controls and quirky storytelling. There was even an appearance from the King of Pop, Michael Jackson – when it was ok to have him in titles such as this and Ready 2 Rumble Boxing. A couple of decades have passed, and there’s still a fanbase craving for more, so the next logical step for a dance game would either be a Just Dance-like title or in VR. Here we have Space Channel 5 VR Kinda Funky News Flash.

The original Space Channel 5 was Sega’s answer to PaRappa the Rappa as you played the news reporter Ulala in a futuristic world that looked like it was created by aliens who grew up on the swinging 60s in Britain. At the time, it was very striking and a fun little world to experience, but seeing it today doesn’t have the same appeal as before. First of all, you don’t play as Ulala, but an assistant in a weak story about an alien invasion. The fundamental issue though is while it has the concept of the original game, which is emulating a dance routine, it’s all done through the Move controllers only, and you have to be standing for the occasion as you have to perform sidesteps. 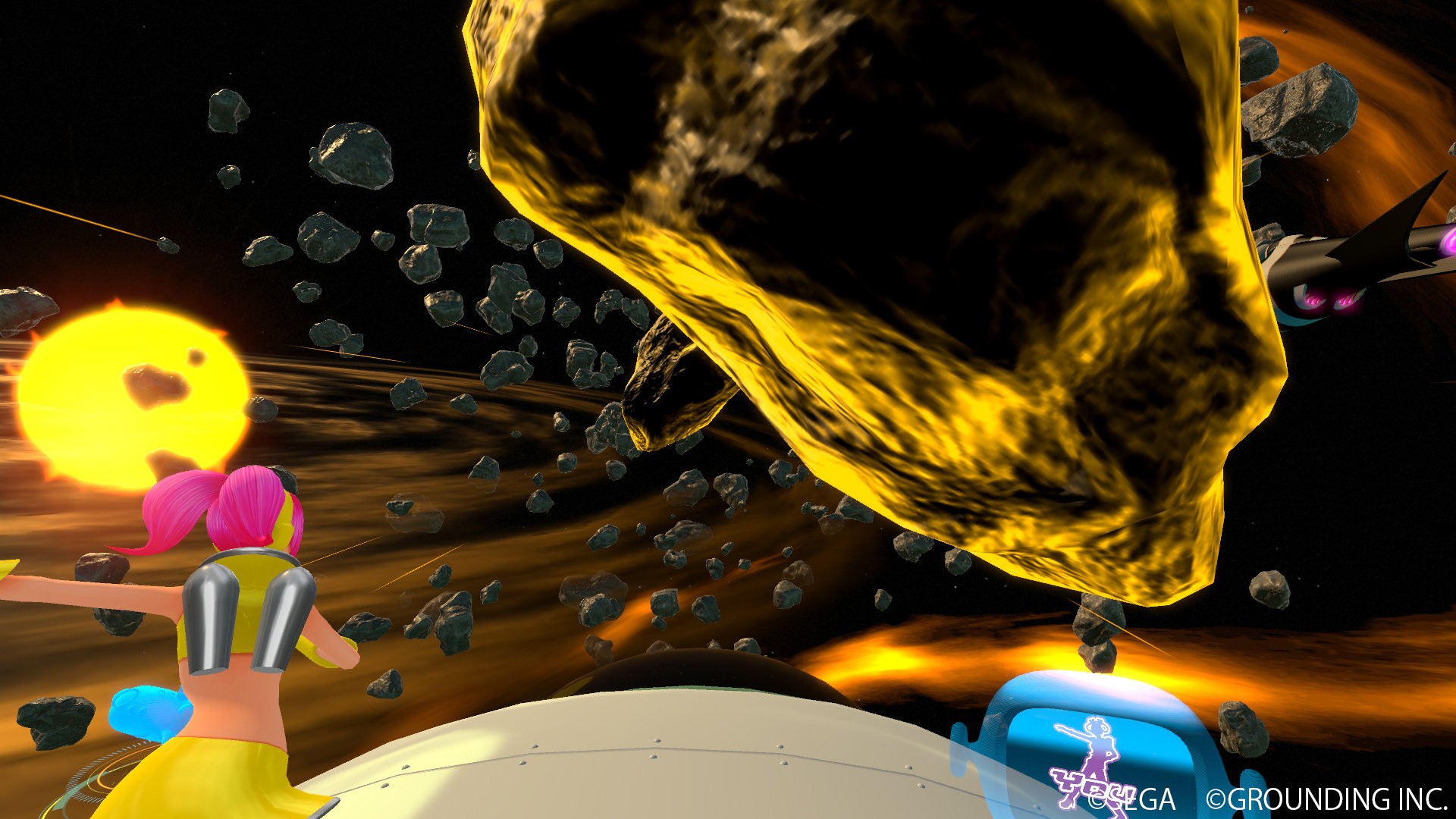 As a father, my dance-ability is nil, so getting up to dance about wearing an oversized helmet indoors meant I would already be at a disadvantage. Still, the controls were very tight and responsive. You’ll witness a dance sequence and then have to emulate it with the Move controllers, and it translates well. Depending on your fitness levels, the Just Dance series is much more of a workout than Space Channel 5 VR. Still, when you consider all that movement and, at the time of writing, the heat, it wasn’t so much of a pleasurable experience, having the lenses steam up every few minutes. Unlike the days of the Dreamcast when all you would do is get a paperclip to clean out the grime after a ‘sweaty session’. Let’s leave that one there.

It’s the same pop-like presentation as before, but Space Channel 5 VR feels very dated in a lot of areas. Characters look like they’re floating on the floor and the stages aren’t really that exciting. In fact, the main story, which is all over the place for something quite brief, is told over four levels. As this is a rhythm game, the duration of the levels is set in stone, so expect a playthrough of about an hour to go through a couple of times. While the controls are good, there’s hardly any hook for this to match its predecessor, and other than being exclusively VR, it doesn’t feel as innovative before and dare I say, a bit rushed.

You could argue that the Just Dance series is a financial success as it’s easy for people to play if they’re prepared to get up and make a fool of themselves, but the other most crucial factor is the song choice available. Just Dance can secure a wealth of pop titles that date back to some classics that will get your grandparents up and dancing. Though it’s not essential to have licensed playlists to make a game memorable, and enjoyable too for that matter, they need to be decent tracks in the first place. This time around, the tunes in Space Channel 5 VR aren’t up to speed, and once you’ve completed the story mode, other than to go back a couple of times to feel you’ve got your money’s worth, it’s quite unlikely that you’ll be playing the story mode anytime soon. 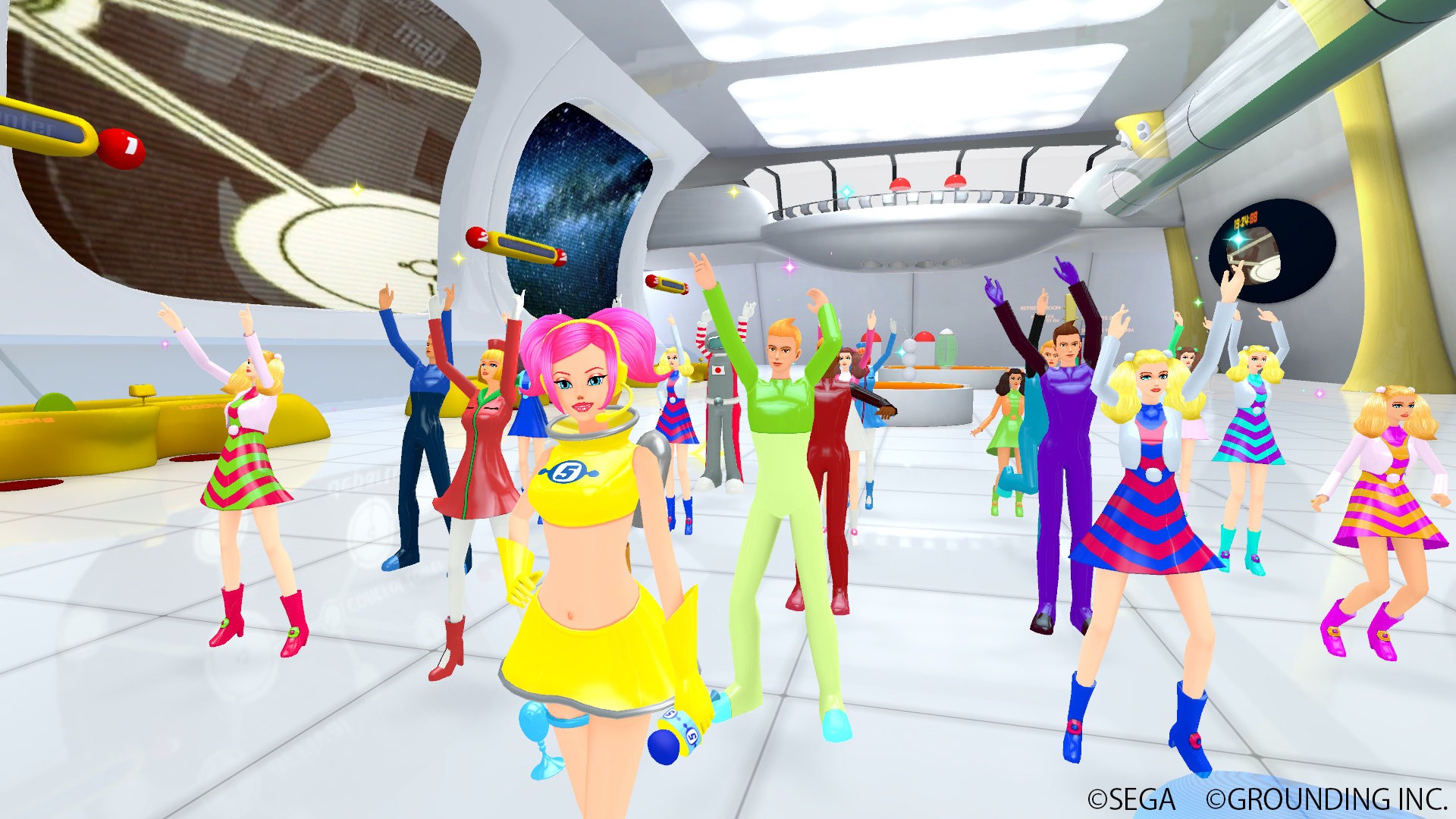 So, there’s a 100 stage battle which isn’t as daunting as it sounds as it takes only about 10 minutes or so to get through. Here you can learn extra moves that aren’t in the story/arcade mode, so good if you’re a bit of a completionist and want a bit more variety. However… it’s 10 minutes long, and even after a couple of times, you aren’t likely to keep coming back, regardless of your affinity with Ulala and the original games. You can, of course, unlock a few costumes for her but they’re just colour variants, plus there’s an additional feature to monitor the calories you’ve burned. While it’s not entirely accurate, it’s a nice little addition if you’re the type to kid yourself that you can get in shape by playing these sort of games. Even if you could accurately burn off the calories, with Space Channel 5 VR, you’re unlikely to keep coming back.

Though it has an excellent control system, it can be exploited as the game doesn’t entirely track your movement in a way where you have to be accurate. You’d be fooling yourself by taking shortcuts, but the game doesn’t have enough draw to make you want to stick with it. Sure, the graphics and presentation are good when it comes to nostalgia, but for those new to this world, you might be a little disappointed with the lack of options and the longevity of the game. Though the original Dreamcast game was relatively short, and it’s a given that VR games are often shorter than their peers, it doesn’t justify Space Channel 5 VR as being such a short experience, given its heritage.

With tight controls and a nice bit of nostalgia for Dreamcast (and PS2) fans, Space Channel 5 VR doesn’t fill the void that has been left by the original release as it’s far too brief and doesn’t have the variety to make this a go-to VR title.