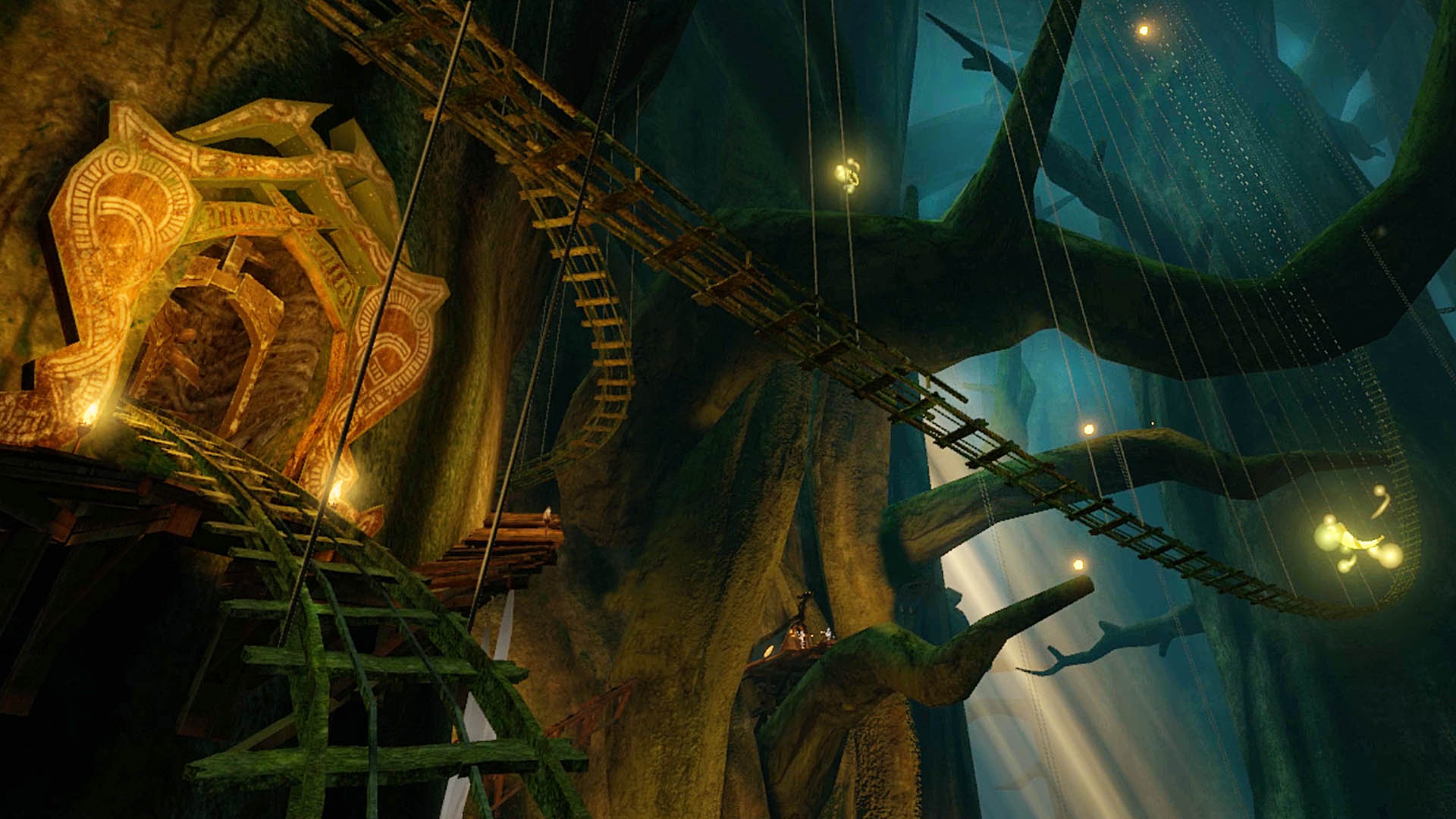 RollerCoaster Arcade VR Bundle is a collection of three PSVR titles where more should mean the merrier and added value. What you get is a fairly strong title with a couple of ‘showreel’ type bonuses that are great for the initial experience, but most likely to be the type of game you dust off around family holidays or when you’re entertaining guests and want to watch their reaction to these high octane worlds.

The first on the list was Rollercoaster Legends. After a somewhat sluggish loading screen, you get thrown into the game immediately but would have to say that the experience didn’t exceed my expectations. It’s like most things; you worry or get excited about something that never happens, and Rollercoaster Legends is like that – the anticipation is there that it’ll be a thrilling ride when in reality it’s a bit of a bore.

That’s not to say that the graphics aren’t good – the actual track and environment are decent enough, it just lacks the connection I was seeking: the immersive experience to supplement my fear of going on a rollercoaster in real life. I’m the sort who will sit through GoPro playlists of downhill mountain biking, parkour and other adrenaline-based activities, occasionally gripping the seat through the feeling that I’m actually there. It’s not like that with this rollercoaster experience and feels pretty flat. After a few minutes, the ride was over. I had a couple more turns, but each time was weaker than the last, so moved onto the next title. 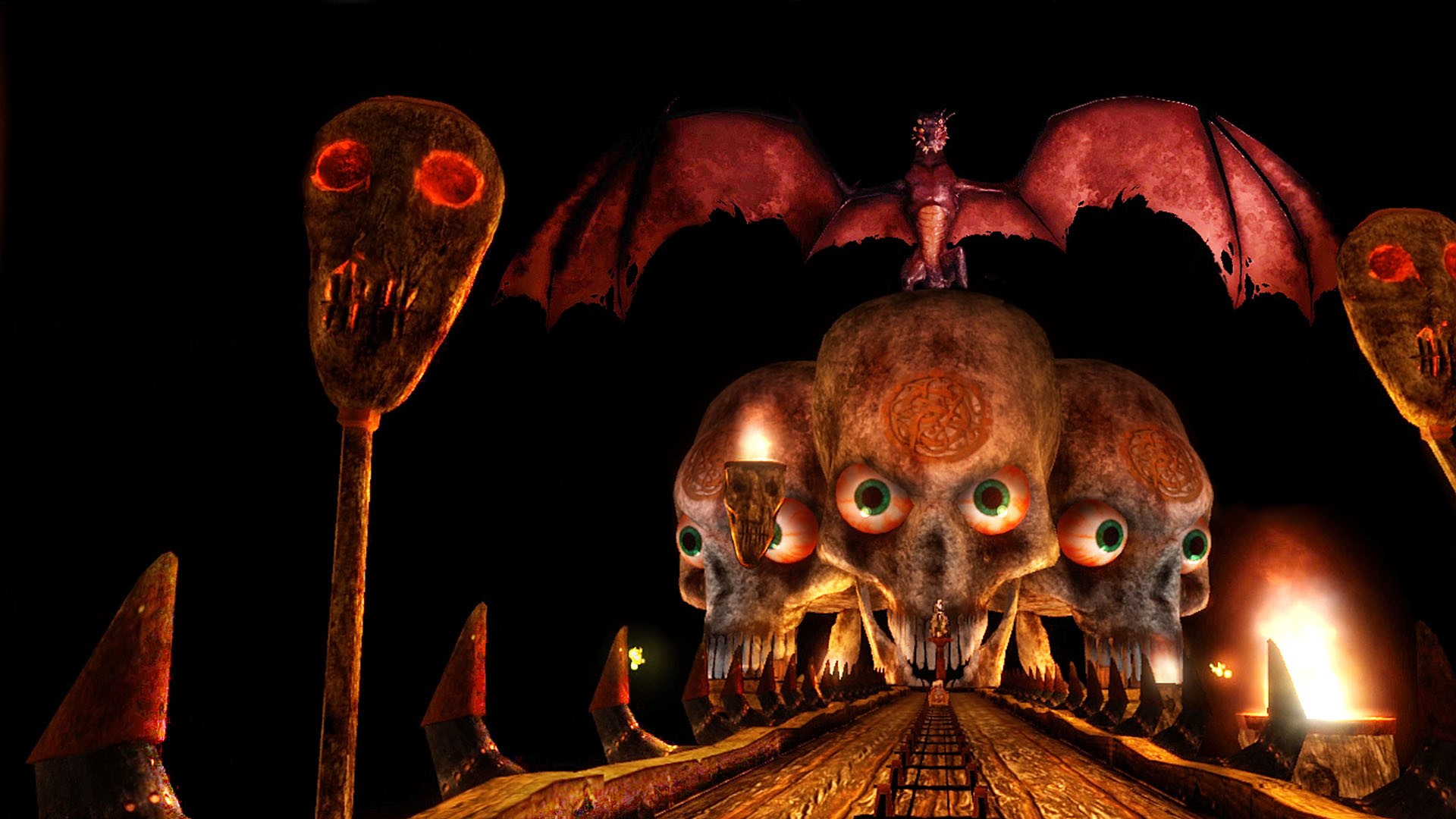 Rollercoaster Legends II Thor’s Hammer was the first title I played in the bundle, and it’s a bit of an improvement on its predecessor in terms of being a little dynamic. First of all, you have two options: the experience or the challenge. With the former, it’s a simple rollercoaster ride with a Norse mythology flavour where you chase down a character that appears to be a variation of Loki. I’ve nothing to back that really, other than being a fan of Norse mythology and putting two and two together… anyways, the story isn’t that important as it’s a very linear experience.

When playing Rollercoaster Legends II Thor’s Hammer, you have the option to adjust the comfort level. That’s not about chucking in a duck-feathered pillow, or strawberry frappuccino’s on tap, but the motion experience. Not someone who suffers from motion sickness, but a complete wuss when it comes to rollercoasters, I started on the easiest of three settings, and with a few exceptions of the odd drop or two, it was quite a lukewarm experience. After a few minutes, it was the end of the ride, and it felt like a bit of a chore. Skipping the mid-setting, I went for the highest level, and while the game doesn’t feel faster, it’s much more disorientating with a slight blur. Least, that’s the impression I got.

Finally, I gave the challenge a go where you hold down L2 to fire a bolt of lightning to hit various trophies scattered around the stage. It didn’t add that much to the game to be fair, and I preferred the experience mode more – especially if you lean forward or stand during the game; it feels much more dynamic than sitting on the sofa.

Not intentionally saving the best until last, but Sneaky Bears VR was the third title I played, and I wasn’t expecting much based on the experience of the previous two. However, Sneaky Bears VR was the standout title of them all, and interestingly enough, it’s not a rollercoaster game, instead, a first-person (obviously) shooter. 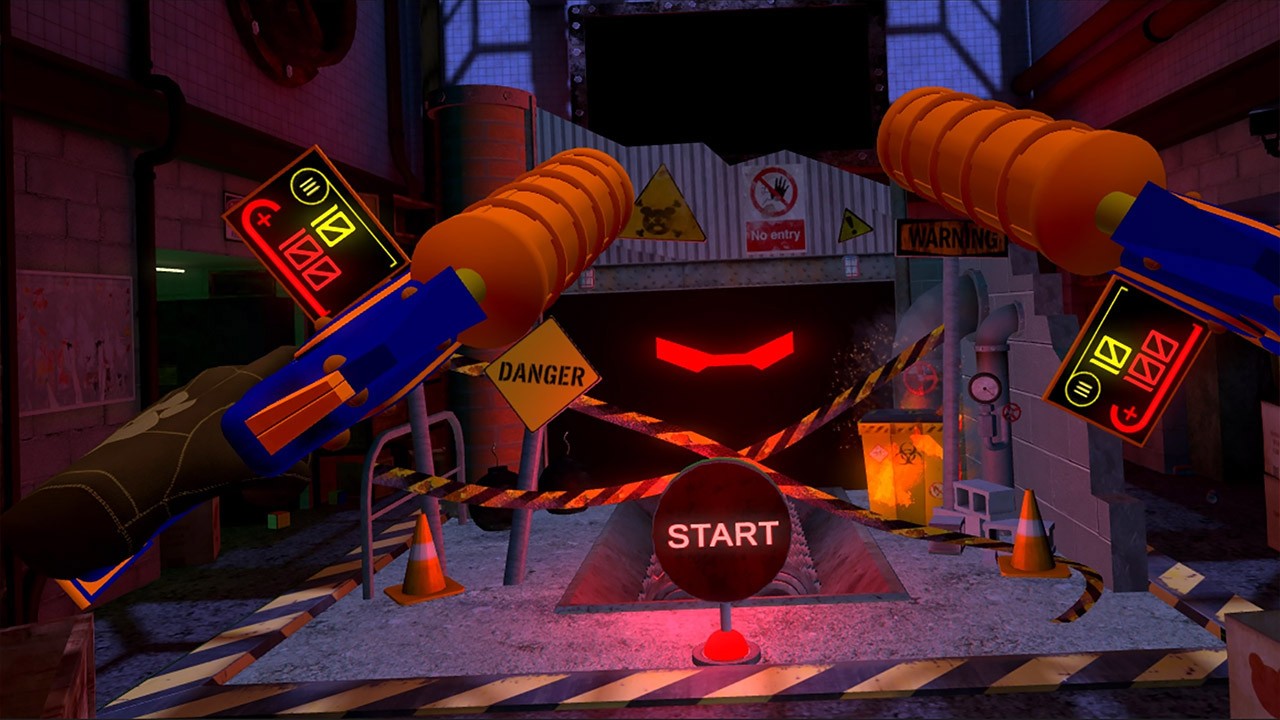 You’re assisted by a panda who guides you through a series of tutorials where you experience the weapons on offer as well as the different types of enemy. You’re equipped with a Nerf gun for each hand, and these teddy bears approach you to cause you harm. The satisfaction of shooting a teddy bear in the head and watching the bullet ricochet is brilliant, as is the one-handed shotgun that blasts them into an explosive confetti of fluff. Aside from the other tasks such as using a freeze ray to stop bombs from exploding (and stopping the bears from getting any closer), there are various targets that pop up from nowhere giving plenty of scope for those seeking a high score. At the end of each section, if you get a high score, you can put your name on a leaderboard, which adds to the funfair feel.

While Sneaky Bears VR is the strongest of the titles and would work as a standalone title, it’s not without its faults/frustration. The biggest offender is the way the game handles reloading. Instead of clicking a button or performing a swift action, once you’re out of ammo, you need to get rid of the weapon and pick up a new one. Thankfully, you have a weapon belt around your waist that is always full, so there’s always the option to find a new gun immediately, the problem is picking it up, and you end up re-calibrating the screen frequently to be able to grab the weapons. On the upside, when you run out of ammo, you can throw the empty gun at a bear and watch as it bounces off their forehead. Harsh, but a lot of fun.

Like a lot of VR titles, the lifespan is usually quite short and the games, even when innovative, are mostly demo reels displaying what the tech is capable of, but lacks the gameplay to stick with it. The first two titles aren’t terrible, but they feel like something you would get off a cover disc back in the day before the internet; short demo reels to wow consumers with the latest VR technology, but never to be played again. The Sneaky Bears VR game carries this bundle and if you treat it as you’re buying that game and the rollercoaster titles come as a bonus – great! If you’re purchasing the package to experience three great games, you may be disappointed. But, as mentioned above, Sneaky Bears VR was the winner, and the overall score is reflected on that as both rollercoasters games, if being reviewed individually, would probably get a score of 4 or 5 based on the gameplay and longevity.

As a compilation, RollerCoaster Arcade VR Bundle doesn’t feel like three standalone titles, but one main game with a couple of rollercoaster showreels attached. If you consider the price as you’re buying Sneaky Bears VR and getting two rollercoaster titles, it’s a much better outlook.