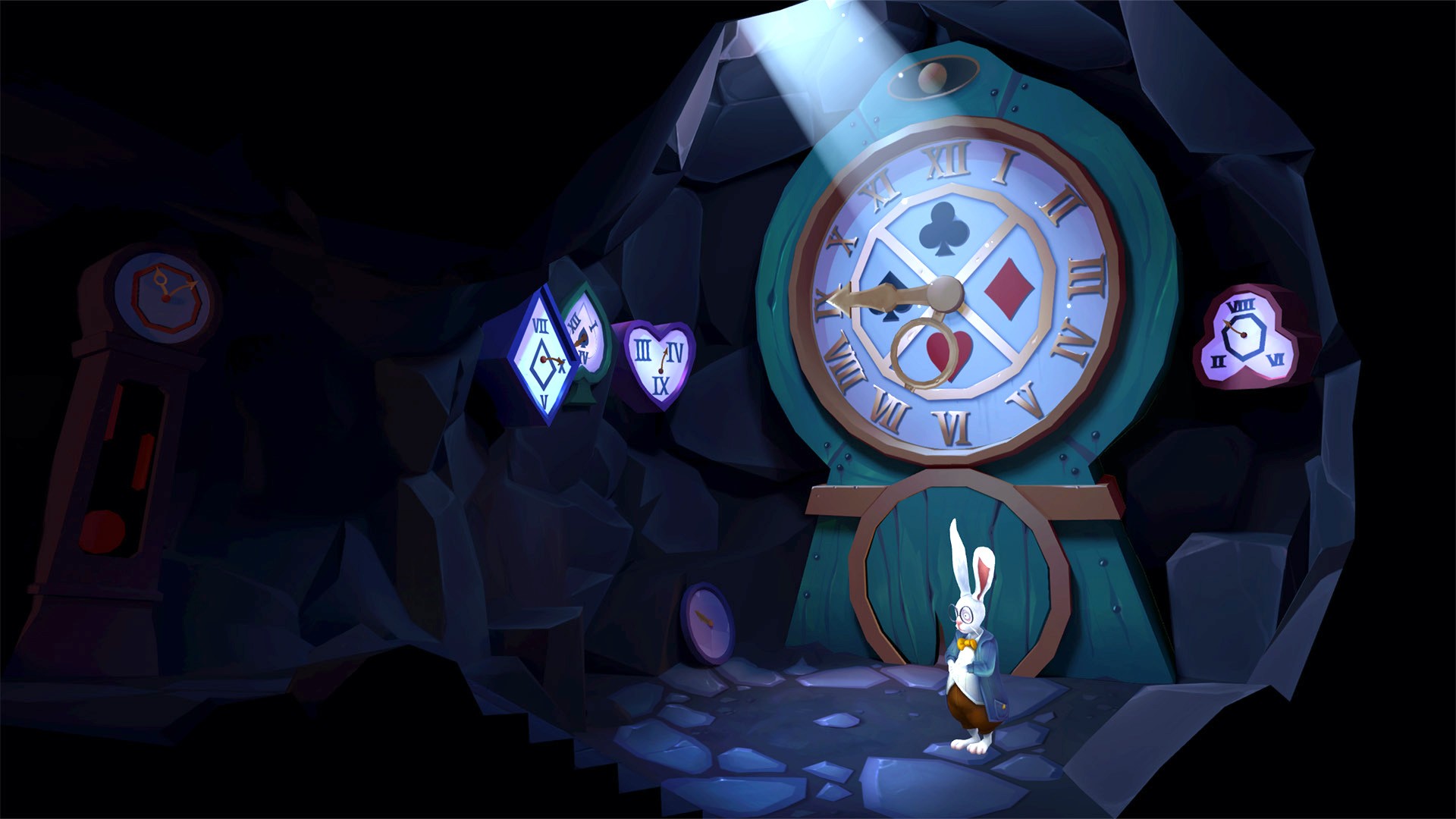 Just when you think you’ve seen it all in VR and there’s very little that can surprise or astound you, a gem like Down The Rabbit Hole taps you on the shoulder and then proceeds to knocks your socks off.

Based on Lewis Carroll’s epic fantasy adventure, Down The Rabbit Hole is a reimagining of what a prequel to Alice’s adventures would have been like (if there had been one).  In this itineration,  developers,  Cortopia Studios, casts you in the role of a little girl who has taken a tumble down the titular rabbit hole while in search of her cat, Patches.  As you journey deeper into the warren of the weird and wonderful, you’ll encounter a host of colourful characters – many of whom are familiar, while others are straight from the Cortopia Book of Crazy Things. 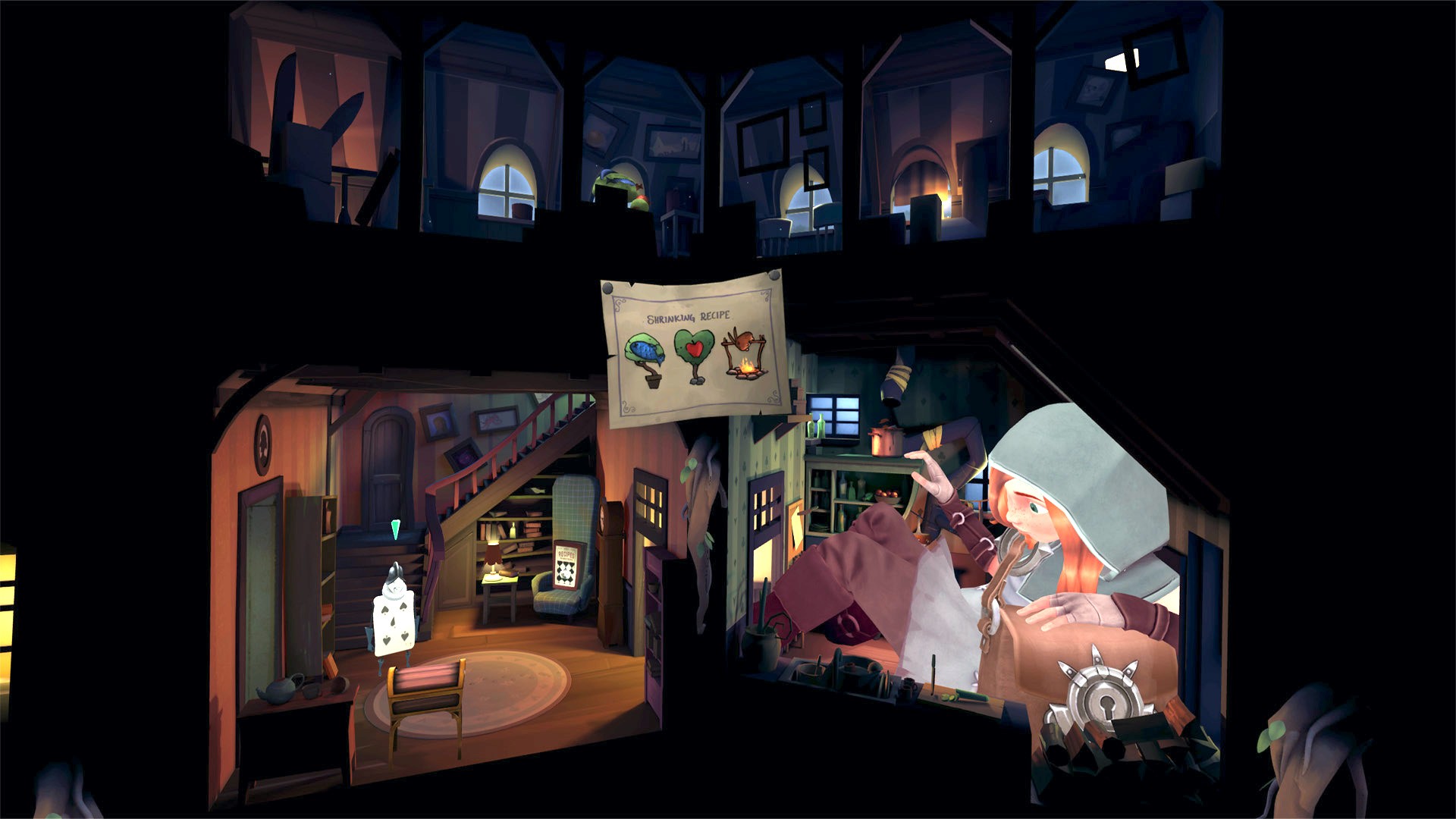 From the spaced out caterpillar to the demonically grinning Cheshire Cat and the psychopathic and petulant Queen of Hearts, Cortopia Studios have provided a worthy homage to Lewis Carroll’s 1865 masterpiece. And then you have the characters we didn’t know. Chief among them has to be the tour companion on your adventures; a sombre and yet personable card called four and a half, who has been ostracised by his fellow cards because he has a half in his number. Yes, I know how that sounds, but trust me, it does make sense. At the beginning of Down The Rabbit Hole you’ll also have to hunt down a number of invitations to the Queen of Heart’s party as well also search for your missing feline. This is a handy feature which will extend the game somewhat, as you’ll have to comb through each scene to find the invitations and, as a result, it’ll also help improve the game’s replay factor as some of these invitations are hidden in places you won’t think of looking during your first play-through.

Graphically, Down The Rabbit Hole is a visual masterpiece. The world you find yourself in is by far one of the most enchanting and breath-taking that has been committed to VR. Comparisons with Moss and Ghost Giant may seem like an obvious recourse, but it is an unnecessary one. Down The Rabbit Hole is a unique visual feast that has to be judged on its own merit. During the first hour or so of playing through this adventure, a single thought kept playing through my mind like a stuck record: if Lewis Carroll had created a world in VR, then this would be it. Although Down The Rabbit Hole is technically a third person adventure, the developers have added some genius first person scenes that will allow you to see the world from your character’s perspective. These are usually scenes where you have to interact with objects and they do an amazing job of immersing you in this beautifully rendered VR fantasy land. 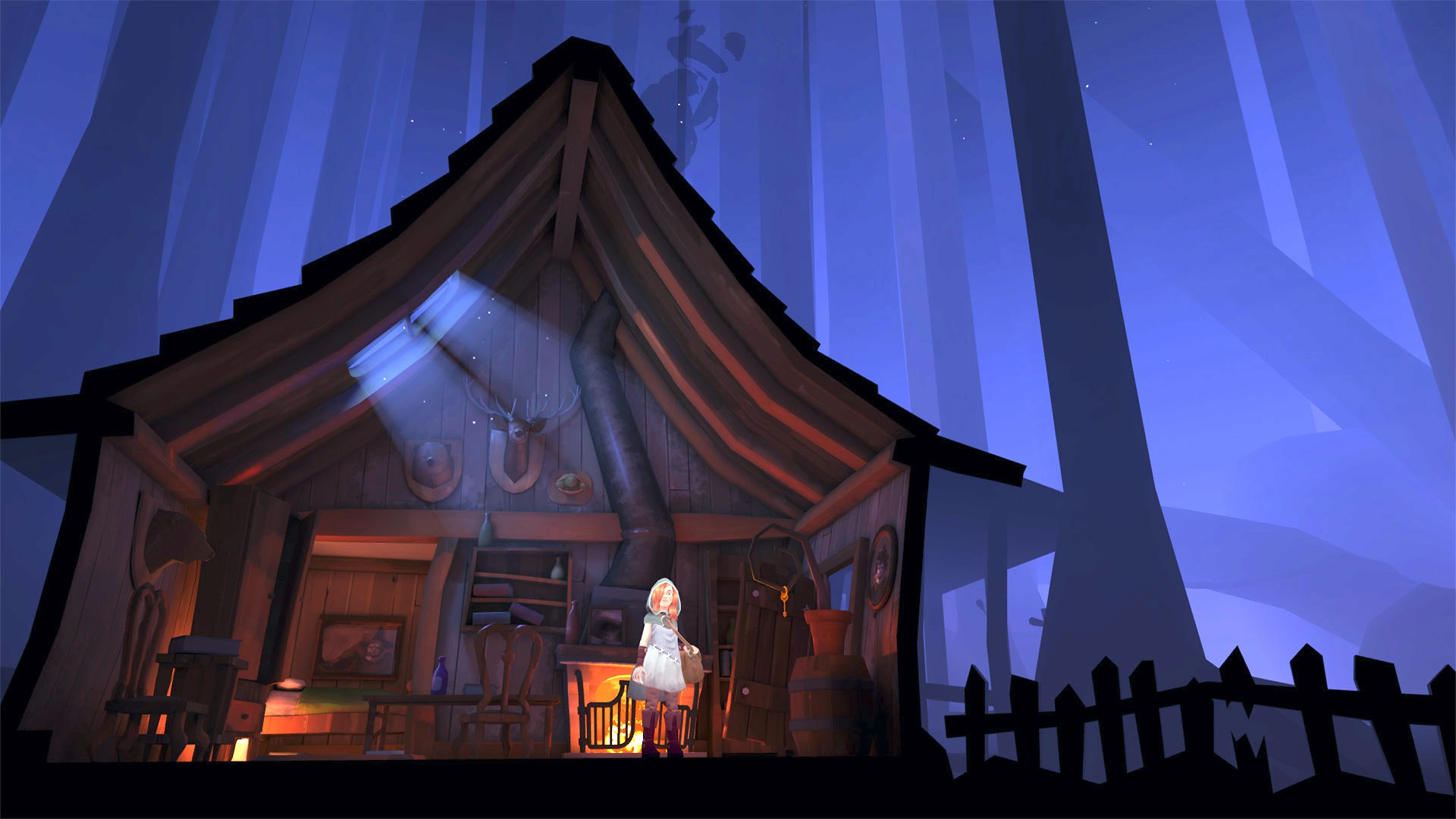 As for the puzzles themselves, they range from the simple go-fetch quest to the downright perplexing. One of them, where you have to recreate the sound of a morning bird by tapping flowers (stay with me) took me at least least 20 minutes to figure out – not because it was so difficult, but because I expected it to be so easy. Go figure. There are also more familiar puzzles that require you to use both your main characters to solve. My personal favourite is the one where you have to use both four and a half and your female character to navigate both the top and bottom side of a lake. If that sounds weird, you have to remember this is wonderland; where anything is possible.

For unashamed completionists (of which I count myself one), Down The Rabbit Hole will take some two to three hours to work through. And that’s with collecting all of the invitations. The fact that Down The Rabbit Hole also offers branching story lines and a number of multiple choice options means that you’ll have a good reason to boot the game up again once you get to the rolling credits. Excellent. If I had any gripes with Down The Rabbit Hole, it has to be with the fact that the game is so damned short. This is probably one of the most enchanting, surprising and immersive VR fantasy games I’ve  played in a very long time.  I just wish there was more of it. Go play.

Down The Rabbit Hole Review

This is probably one of the most enchanting, surprising and immersive VR fantasy games I’ve  played in a very long time.  I just wish there was more of it. Go play.