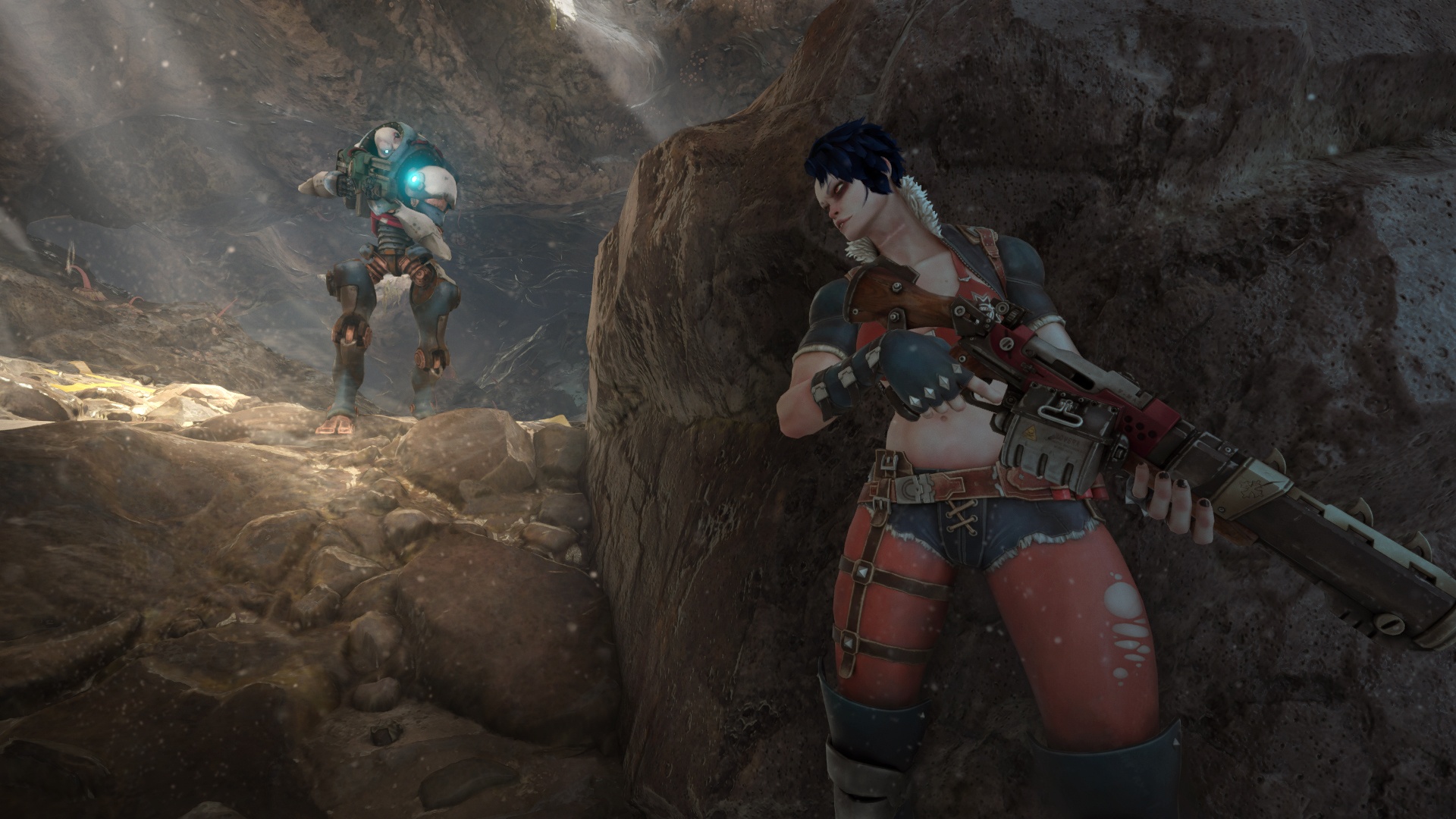 The Raiders Of The Broken Planet prologue (featuring the tutorial and first level) was released earlier this year for us all to try for free. If you didn’t check it out, it’s essentially a 4 versus one cover based shooter (think Gears of War mixed with Evolve and you’ll be on the right track) that uses a combination of shooting, melee and specialist powers to create an interesting combat experience. Mercury Steam Entertainment has decided to release the game in bite-sized episodic chunks, the first of which; Alien Myths is now available to buy for just under eight quid. While the first episode only features four extra missions for you to blast through, there’s enough to keep those interested occupied for quite a few hours.

Set on the titular Broken Planet, we follow a rag-tag group of raiders on their quest to find a trio of ancient protectors and utilize their power to send the hordes of humans fracking their world to pieces home for good. The invading Homo sapiens probably wouldn’t be there at all if it weren’t for the fact that the Broken Planet is the only known source of the magical resource Aleph in the galaxy, a substance so powerful that it’s used to fuel interstellar warp drives, weapons and even has the ability to bring the dead back to life. As such, many factions are warring to claim as much of the stuff as they can, and rightly so. It sounds like it’s pretty handy stuff to have lying around. 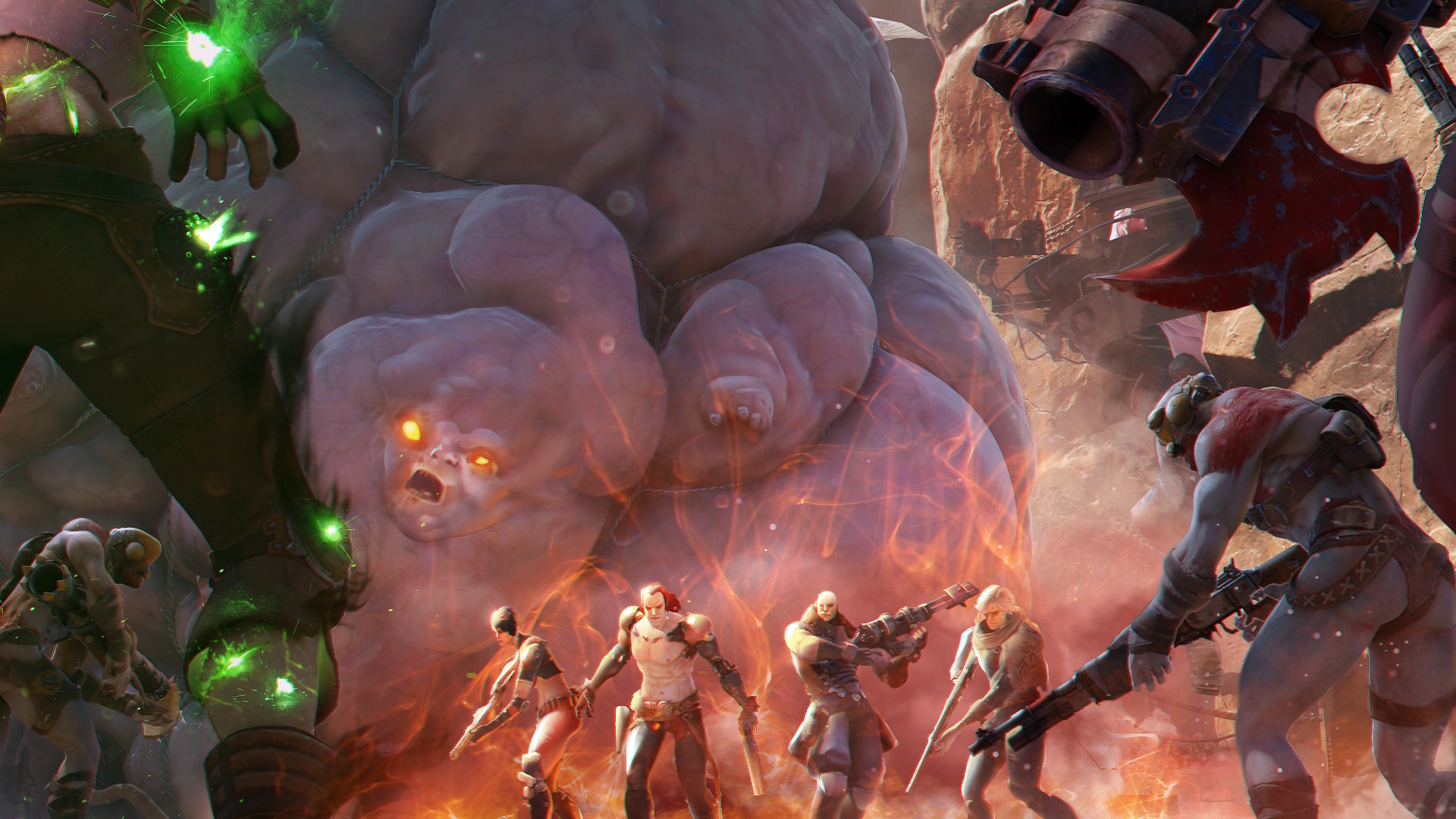 There are a few features that allow Raiders Of The Broken Planet to stand out from the crowd. The first one worth mentioning is the combat. Gunplay is understandably important, with each raider wielding weapons unique to one another, but melee plays an equally important role. Brawling has three aspects to it, and works on rock-paper-scissors based system; Striking beats grapple, grapple beats dodge, and dodge beats striking. Striking usually takes down an opponent in three or four hits, a grapple has a small charge up but results in a one-hit kill, and dodge deals no damage as such, but leaves you in a position to counter your opponent nicely. In addition to this, each raider has access to special ability on a small cool-down. The shotgun wielding Alicia wall-jumps and floats slowly to the ground, allowing you to pepper foes from above, heavy-machine gunner Hans has a jetpack that allows for superior mobility and flanking opportunities, Harec the sniper has the ability to stick to walls and line up perfect shots; there’s a lot of cool stuff going on that can be extremely useful in the right situation, but balanced enough not to be stupidly over-powered.

Each mission is broken down into three or four smaller chunks, and require you complete different objectives while waves of enemies do their best to blast you to pieces. You’ll be holding out for an elevator to arrive after shooting airships out of the skies with a flak-cannon, overloading generators with Aleph taken from fallen foes, battling bosses, there’s enough variety in the missions to keep everything from getting too stale. On top of all of this, there is the Antagonist. When starting a mission there is a roughly fifty-fifty chance of a human player joining to try to thwart your mission, bringing a four-vs-one multiplayer aspect into play. Players choosing antagonist mode work with the enemy A.I. and have infinite lives to attempt to kill each player enough times to force a game-over, or just hold them off until enough time has passed that they fail to complete an objective. It’s an interesting take on traditional multi-player combat, but in my honest opinion, needs a little bit of work. For example when I was playing as the antagonist, I actually found it much easier to sneak around from cover to cover attempting to one-shot players with a grapple rather than shoot it out fair and square. Being on the receiving end of this tactic is also incredibly frustrating, but also pretty understandable; the antagonist just chooses from one of the raiders like you, and receives no extra powers or bonuses.  Four versus one is never fair if all players are at equal strength, so using cheap and sneaky tactics is often the only path to victory available. 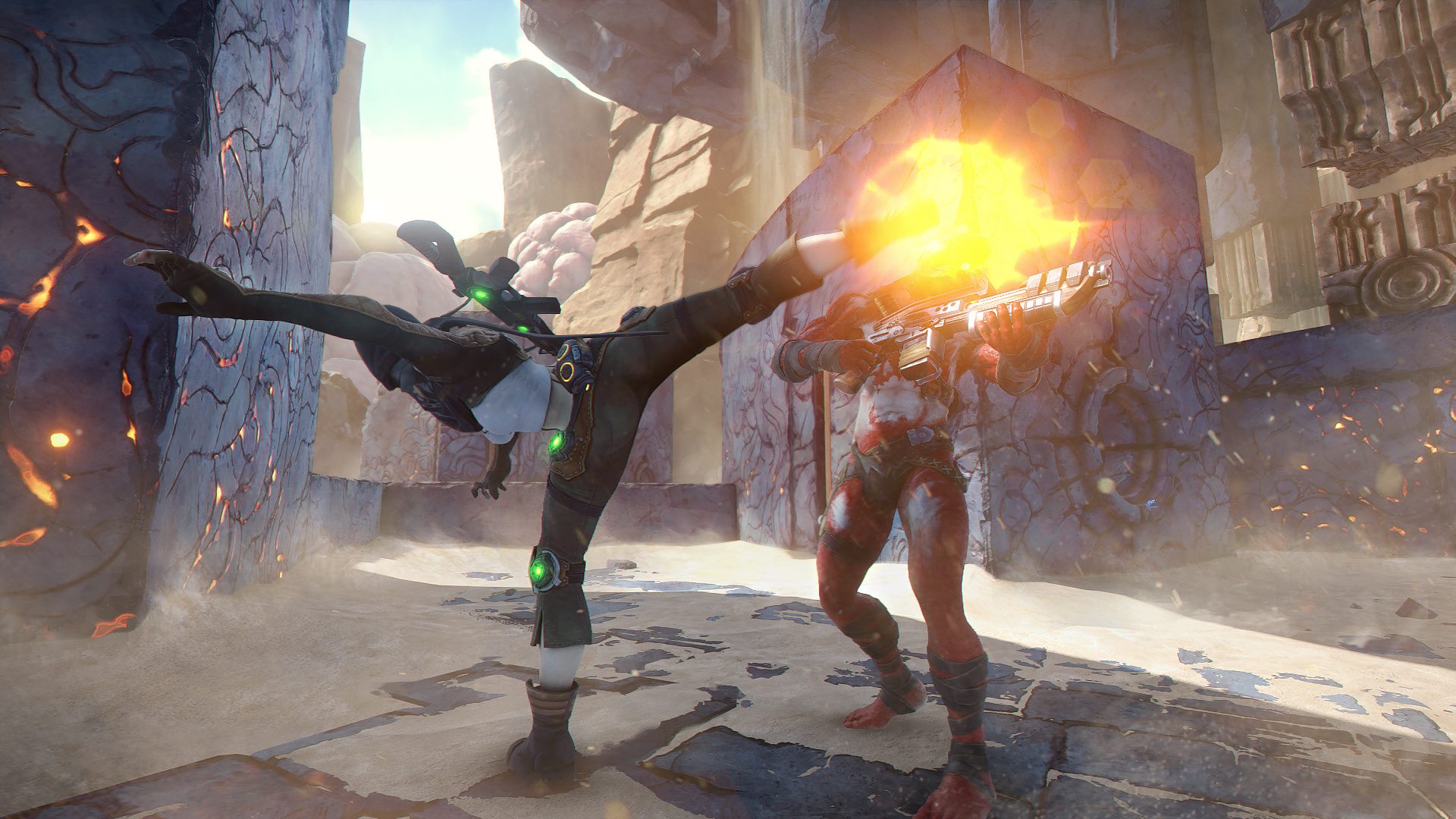 Visually, it looks marvellous. The character models of both the raiders and the enemy factions are pretty gruesome, often incorporating human, mutant and cyborg in a single package. Melee looks fluid, enemy deaths look satisfying and the levels are cleverly designed, cutscenes are animated nicely; I’d wager that without knowing beforehand, most people would think they were actually looking at a triple-a title. Admittedly, the cutscenes can get a little tedious after a while, with only four stages to choose from you’ll end up seeing them a lot if you want to grind your way through and unlock the enough currency to purchase all the upgrades and weapons. This is also a bit of a sticking point for me; there are just too many currencies floating around at once. Some unlocks require faction points, others need gold, the others need character points, it’s all a little bit confusing at times and feels like a bit of a sneaky way to pad out the game. Completing a mission allows each player to choose what the want to earn, but if more than one players chooses the same reward it gets divided up equally. In a similar vein are the weapon blueprints required to craft better weapons for the raiders. They appear at random, so there is no guarantee of getting one, and if more than one player chooses it if it does appear, a roulette-style spinner decides who is actually awarded it. It’s a bit frustrating and forces players to grind the four levels multiple times in order to power up.

Overall, Raiders Of The Broken Planet needs quite a bit of work, but the developers have stated that this is the exact reason they are releasing it in episodes rather than a whole package. Doing it in chunks allows them to listen to feedback from the community and make tweaks here and there. That being said, it’s not a bad title. Combat is solid enough, the different raiders are varied enough to require extremely different play styles, and it looks pretty goddamn nice for an indie game. Unfortunately, with only a small amount of levels available, it means you’ll be stuck playing the same four or five missions over and over again. Having the antagonist popping in and just cheese you with one-hit kills over and over again is incredibly annoying, as is having to take on four human players with no extra powers or abilities. Try the prologue first for free, and if you like it, shell out the seven quid.