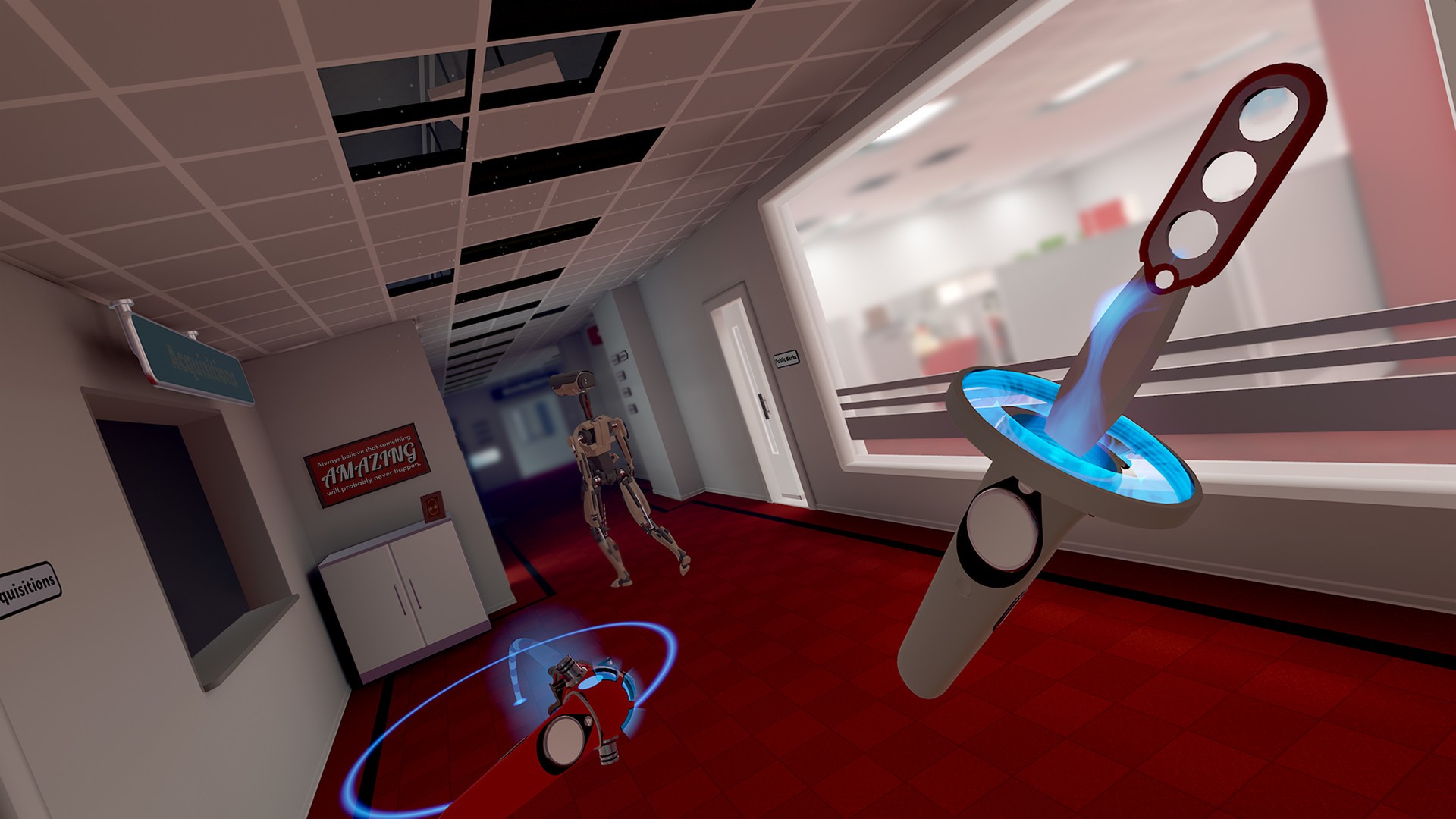 This year we had an incredibly hot summer. And with temperatures ranging anywhere between 25 and 32 degrees Celsius, playing games with the use of VR headsets was borderline impossible. I tried my best to fire up my PSVR every now and then, but with most titles requiring you to stand, move, and constantly wave your arms, while having an airtight piece of warm plastic stuck to your face, using VR technology was borderline impossible. And while a lot of this can be attributed to the clunky nature of contemporary VR, then the fault lies in large part on the part of the software. And surprisingly enough, it took a two-year-old game to show other PSVR developers how it is done.

For the longest time, the recently released (on PlayStation VR) Budget Cuts, has been kept by critics and players alike in an extremely high regard. And quite frankly, I could never quite understand why, as on video gameplay materials, the title at hand looks rather bog standard. But once I turned it on, and realized that I can fully use all the title’s gameplay mechanics, without having to walk into walls, and shatter light switches with my fists (thanks Creed: Rise to Glory), it has turned my opinion of Budget Cuts completely on its head.

Many VR titles in the past, such as the rather excellent Arizona Sunshine, have used teleportation as a form of locomotion. But more often than not, the vast majority of those titles forced you to duck, weave, and lean unnaturally just to get the right angle for your landing spot. And while Budget Cuts locomotion requires to still place those same portals, it allows you to do so without the need of having an Olympic Gold in gymnastics. And this is all thanks to the fact that Budget Cuts uses a ball which can bounce, slide, and glide, allowing you to not just move swiftly, but also accurately, and effortlessly. And to top it all off, Budget Cuts’ teleportation mechanic also allows you to scout the surroundings of your landing spot before you commit, through a portal like screen, which surprisingly enough also allows you to pick an angle which you’ll face after landing. 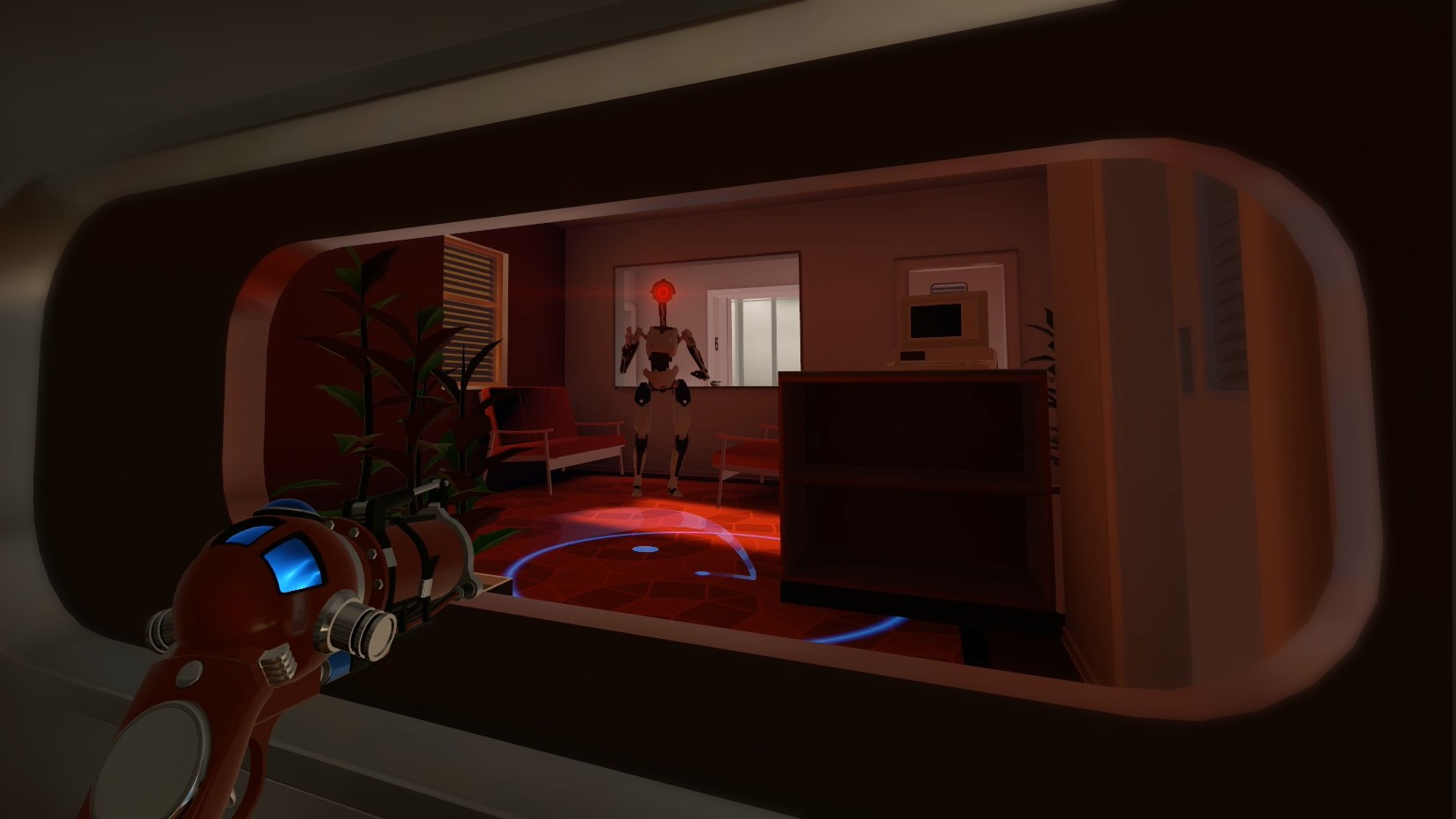 As far as VR titles go, Budget Cuts locomotion is simply superb, and tops all the other titles in the virtual reality format by a country mile. And where Budget Cuts also excels, is because it contextualizes all of its mechanics, features, and design choices. And this leads to the creation of a believable, and deeply engaging story, which never breaks its immersion by presenting you with throwaway features, such as Bioshock: Infinite’s Voxophones. And this is not just surprising, but also immensely encouraging, as video games, especially those of the VR kind, have a nasty habit of cramming in features and mechanics, which have very little to do with the world which they are trying to portray.

Budget Cuts’ locomotion makes the title immensely accessible. But the ease of use does not end there, because unlike other VR titles, Budget Cuts, also does not force you to bend over, to pick up every knife, grenade, or a weapon. As all you have to do in order to pick up any object within the title, is simply be relatively close to it, and hold the trigger of your dominant hand. And this will simply pull the item into your hand, and allow you to proceed further, without having to awkwardly walk around the room hoping to find that one particular spot, which will allow you to bend significantly low, while still being within the reach of the PlayStation camera..

At times while playing Budget Cuts, I felt like it was the perfect VR experience. It was clear and straight to the point, both in its design and narrative. The visual craft behind it, doesn’t clutter the screen like other VR games such as The Waling Dead: Saints and Sinners, as its simple yet charming visuals allow you to both enjoy the world for what it is, and easily identify hostile, neutral, and friendly NPCs, as well as parts of the environment. And to even further immerse you into the world, Budget Cuts provides you with an easily accessible tool, which allows you to turn in game text, into plain white subtitles over imposed a darkened background, meaning that unlike in L.A. Noire: VR, you will not have to continually move a piece of paper in front of your face for minutes at the time, only to make out a couple of paragraphs. And before I forget, Budget Cuts, also summarizes all the inessential text, meaning that if something is not worth reading, it will be summed up with a humorous and cynical by-line. 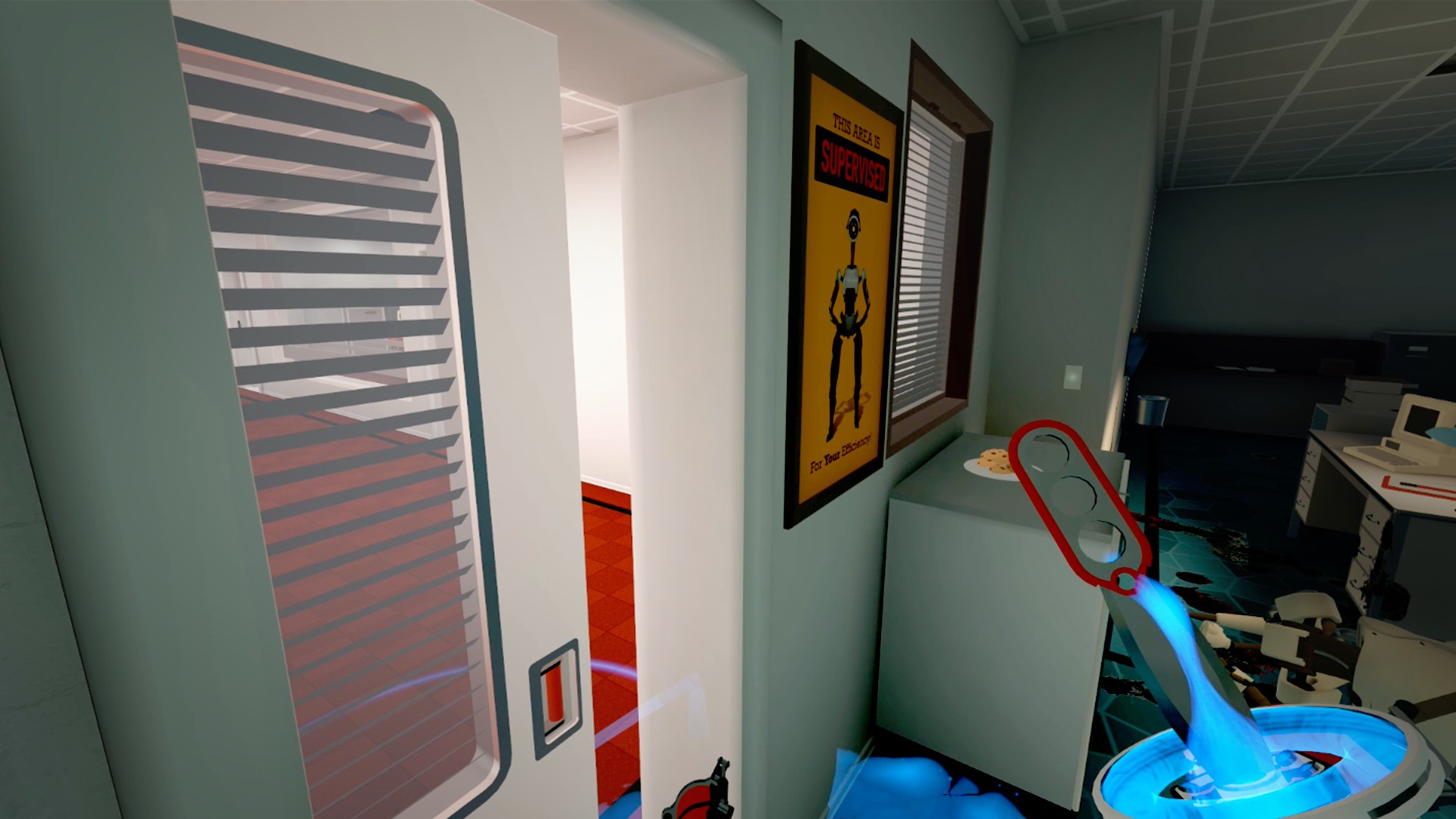 To put it shortly, and rather bluntly, Budget Cuts, alongside Blood and Truth and Astrobot, is one of the best titles which you can enjoy using your PSVR headset. And I will also go as far as to say that it is probably the only PlayStation VR games which I could wholeheartedly recommend to all players, no matter their physical shape or ability. As it is one of the few games, if not the only game, which streamlines the VR experience by making it accessible, rather than making it overly simplistic. Meaning that even if you have a disability which prevents you from standing for long periods of time, or one that prevents you from standing at all, you will still be able to experience Budget Cuts in all of its glory.

As this review is coming to its conclusion, I am really struggling to find anything negative to say about this particular title. Yes, it is a stealth game, but it doesn’t shove stealth down your throat, as it has no insta-fail sections. Sure, the combat could use a little polishing, as throwable objects can at times have a mind of their own, and yes, the loading screens can get a little overbearing, but other than that, I cannot fail Budget Cuts for anything else. And by this admission, Budget Cuts is a must buy, even at the full asking price.

Budget Cuts is one of the best titles to launch on PlayStation VR, and it might just be the most accessible, narrative driven VR experience around.