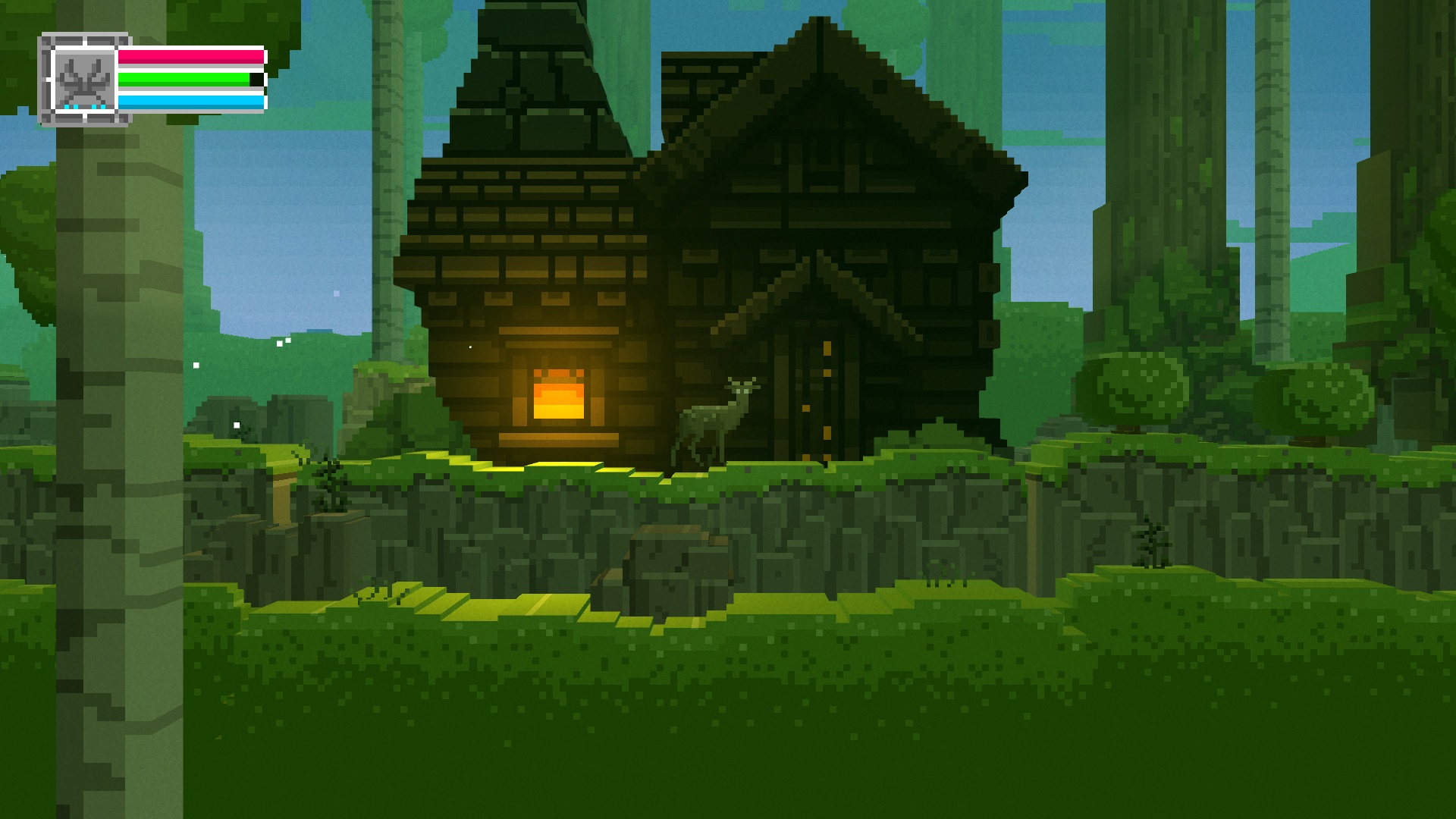 Does anyone remember ‘Ecco The Dolphin’? The game that was being plugged as an amazing adventure about wildlife and nature from the perspective of an animal. Then when you actually got a chance to play it you quickly realised it was actually drawn out, tedious and boring. Well, if you enjoyed Ecco then you’re in for a treat with ‘The Deer God’.

‘The Deer God’ begins in the wilderness where two hunters are camping and shooting deer. It is here that one of the men is attacked by a wolf, dies and is resurrected as a Deer to experience life from the point of view of the prey.

To appease the Deer God that resurrected him, the hunter (now in deer form) sets about searching for 6 relics which are hidden throughout the game. Once all six have been discovered, the hunter will have an opportunity to confront the Deer God and conclude the story.

Before I mercilessly bash ‘The Deer God’ for everything it does wrong, let me first highlight what it does right. Firstly, this game looks amazing. Deer God utilizes a very unique art style which it has to be commended for. At first glance this may look like a standard retro style, pixle based affair, however when you see this game running in motion it’s actually something completely different. The terrain is built up of multiple layers of 3D models, shaped to look like pixel art from the facing angle. The benefit here is that the game can render fully 3D lighting and visual effects which make the entire spectacle pop. It’s difficult to describe without seeing it for yourself, but it looks very organic and almost tranquil. On top of this, everything seems to run at a stable 60fps.

The controls and motion are all very smooth and responsive. The left analogue stick is used for motion, the face buttons are used for jumping, dashing and using power ups, the shoulder buttons are used to scroll through your power ups, and by pausing the game you have access to a menu where you can swap which items you wish to use and track your progress. The controls are very comfortable and well laid out. 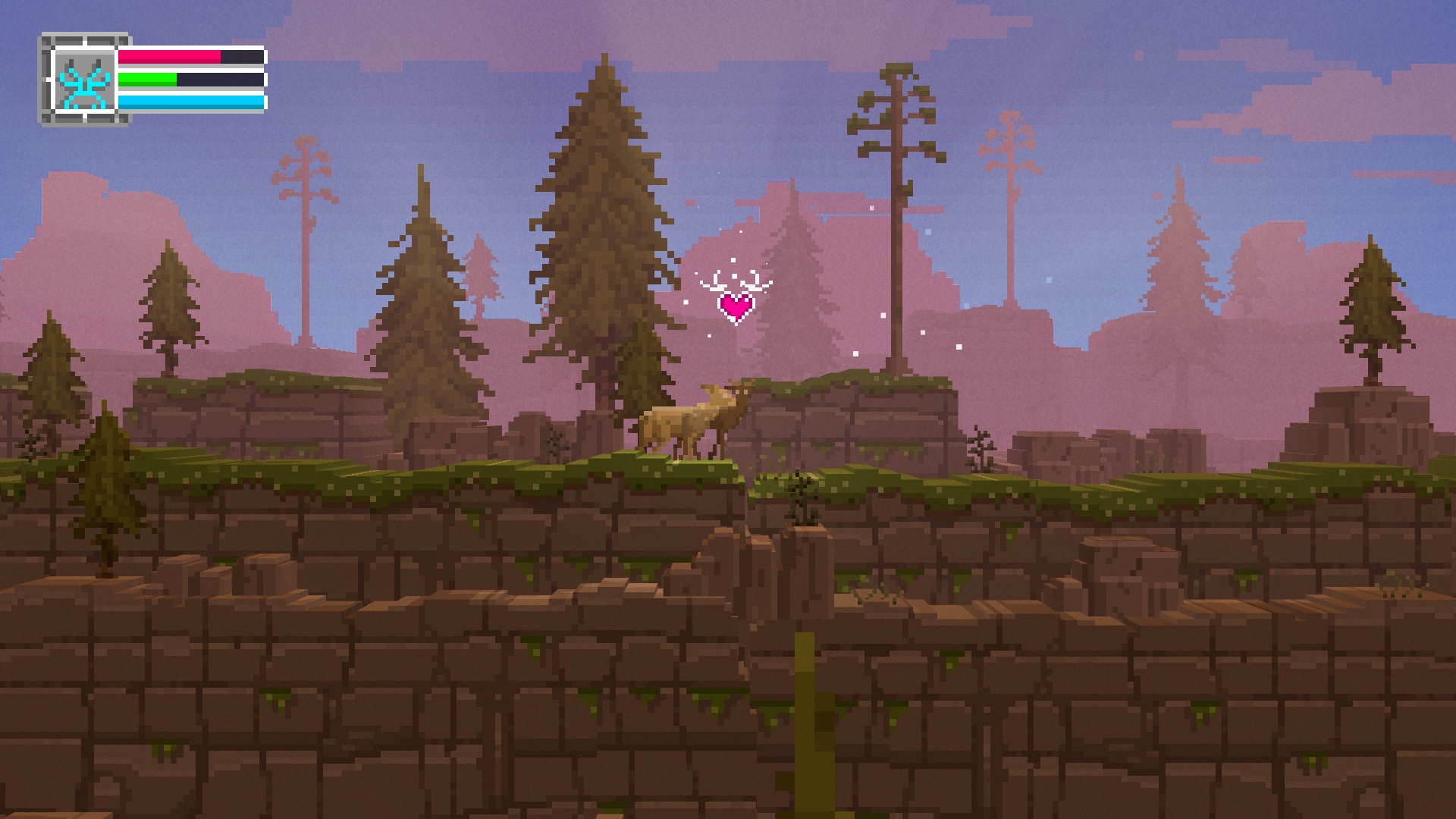 So far so good. Unfortunately, pretty graphics and tight controls aside, this game actually has very little substance.

‘Deer God’ is structured in such a way that you run from left to right with various segments of the game being generated in a random order. As a result, the various puzzle, boss fights and other encounters you come across may change in sequence from run to run. Some sections will loop around continuously in order to give you as many chances as you need to complete a particular task or puzzle.

On paper this structure is fine, however ‘Deer God’ has very few puzzles and the ones it does have are all relatively simple. When I completed the game it took me around 3 hours, and in that time I think I encountered around half a dozen or so puzzles, many of which consisted of little more than block pushing. In total, I estimate that this entire game has about as much challenge and depth as a single Zelda dungeon. As such the game is essentially ‘padded out’ with very basic platforming segments such as leaping across spike pits and avoiding packs wild animals. Based on my experience, a standard play through consists of around 25 minutes of puzzles maximum along with two and half hours of filler.

Speaking of wild animals, the combat system here is very basic. Your deer attacks using a dash move that charges at enemies (although you can also unlock a stomp attack and some magical projectiles over time). The various hostile creatures you encounter attack in their own ways. Buffalos charge, crocodiles bite, monkeys throw rocks, etc. Most enemies drop after three or four hits so the fights are never anything too challenging. That being said, animals usually spawn very frequently and there is little reward for engaging with them, so I found that the best strategy was simply to run past any trouble and save time.

There is a karma meter which tracks the type of animals you kill. It fills up a ‘light’ meter when you kill hostile animals and a ‘dark’ meter when you attack vulnerable ones. Given that the ethos of the story was about punishing a hunter for shooting animals in the first place, it seems strange that the karma meter judges your actions in this way. Shouldn’t the game discouraging from attacking all other creatures? Anyway, I never got an opportunity to fill either meter before the game concluded, but it doesn’t seem to do a lot outside of trophy fodder. 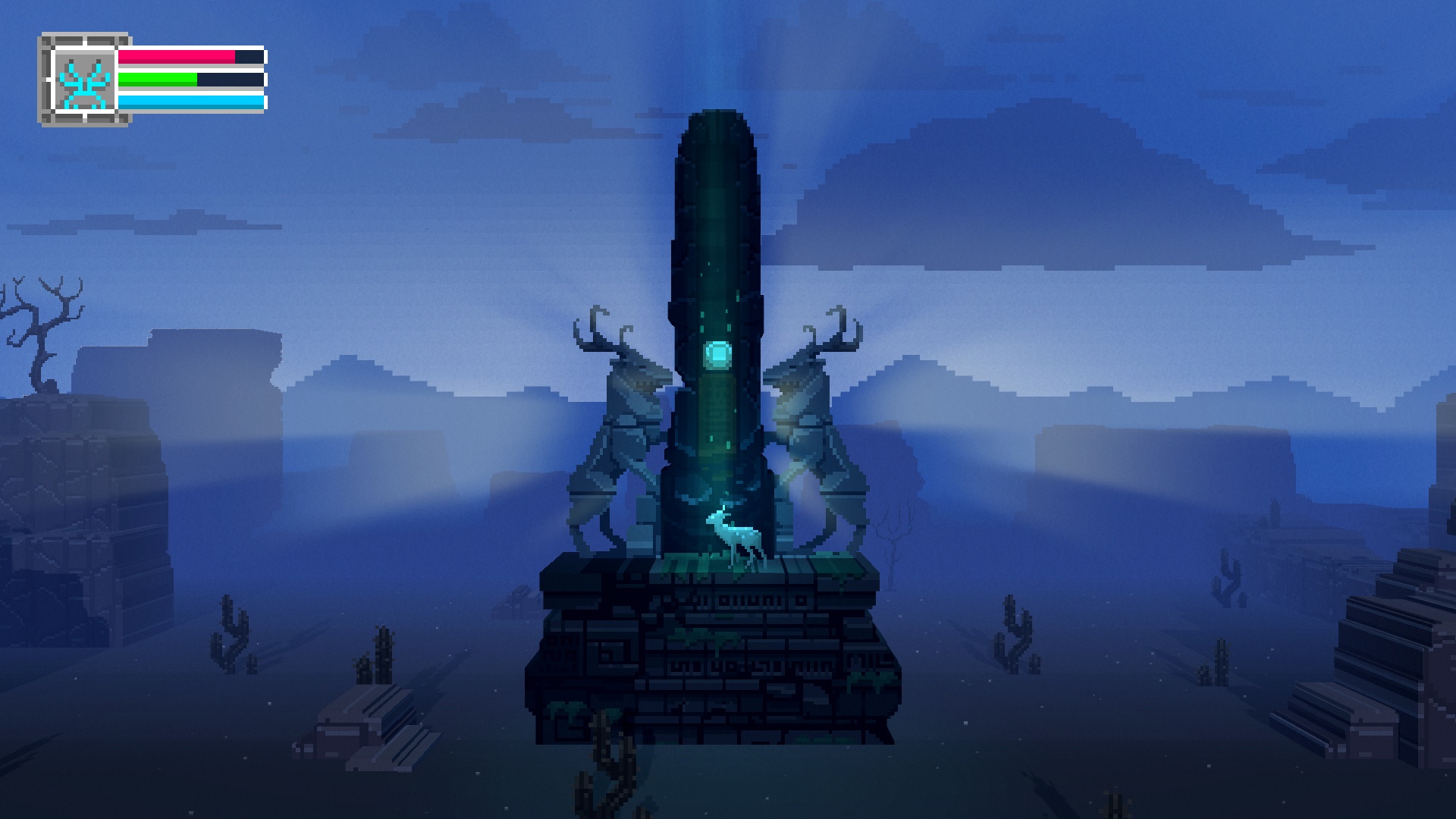 Along your journey you will collect a variety of different items which can be used at any point you see fit. They have various different effect such as protection, aggression, temporary flight etc. However, with the exception of food items, I had no need for any of them until the final boss of the game (where I squandered a few at once to speed up the fight a little). The fact was that I didn’t come across any other situation where I thought they’d be necessary.

Given that this game is relatively straight forward, there is no type of tutorial or instructions to refer to. This isn’t always an issue for me as I do tend to find that tutorials can slow things down if a game is self explanatory enough, however there were aspects of this title that I wish were explained to me in the early stages. For example, when you begin the game you’ll notice that you have 3 different energy bars (a red, a green and a blue), however the game never explains what these are for. I quickly worked out that red was health and blue was stamina as it gets used up when performing attacks. It wasn’t until I began slowly dying that I relaised the green was for hunger as I’d been neglecting to eat the fruit that grows on the trees and plants.

I didn’t encounter any major bugs or crashes although there were occasion where the camera angle dipped in such a way that I could see the sky box from underneath the ground. There was also one occasion where I had to quit the game as my character got wedged into a gap and stuck there, however on the whole this game seems reasonably stable.

Overall, I was disappointed that a game that looked so promising, was so lacking in content. If you ever want to experience it’s unique art style for yourself then I would suggest waiting for a hefty price drop. That aside, there isn’t a great deal I can recommend this game on.