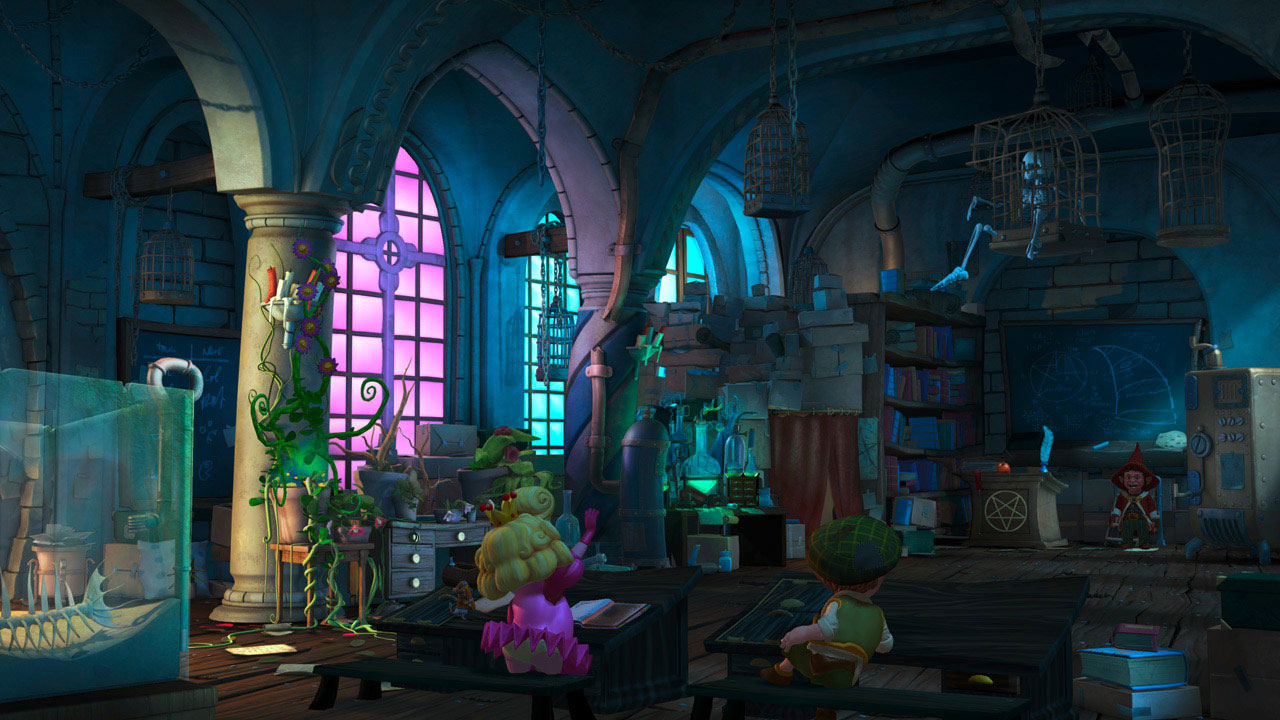 Is it wrong to say I’m in love? With a game? Perhaps. But it’s true. Just take a look at these gorgeous screenshots and tell me you’re not feeling all unnecessary inside. We’ve been huge fans of the point and click genre ever since Lucas Arts unleashed Tales of Monkey Island on an unsuspecting world. And The Book of Unwritten Tales 2 is by far the best looking entry into what is fast becoming a crowded playground.

With the stellar success of the Lord of the Rings, Game of Thrones and Harry Potter series it seems fantasy titles have gone from geek to uber chick in less time than it takes for a dwarf to gulp down a barrel of mead.   Developed by KING Art Games (those of the stylish but ultimately overlooked The Raven series) The Book of Unwritten Tales 2 is a tongue in cheek, humorous and sometimes brilliant foray that will take its place among the best releases of the year.

Set in the mythical kingdom, The Book of Unwritten Tales 2 tells the story of three seemingly unrelated protagonists. And through a cleverly executed plot with more twists and turns than a theme park ride, it brings the characters together at the end in a way that none of us saw coming. The game begins with the reckless yet surprisingly resourceful adventurer Nathaniel Bonnet who is plunging to the death from a great height while, at the same time, bickering with his petulant genie in a bottle. While Nathaniel struggles with trying to escape what looks like certain death,   we then meet Princess Ivo. The princess is a beautiful elf who is bored with her life as a royal and craves the uncertainty and danger of life in the human world. Ivo begins the game locked in her room by her mother the queen who complains that Ivo’s discontent has led to her comfort eating. In fact, the queen warns, she is looking positively rotund. Little does she realise that the reason for this apparent weight gain is far more serious as we later discover that the seemingly innocent and untouched Princess Ivo is with child. 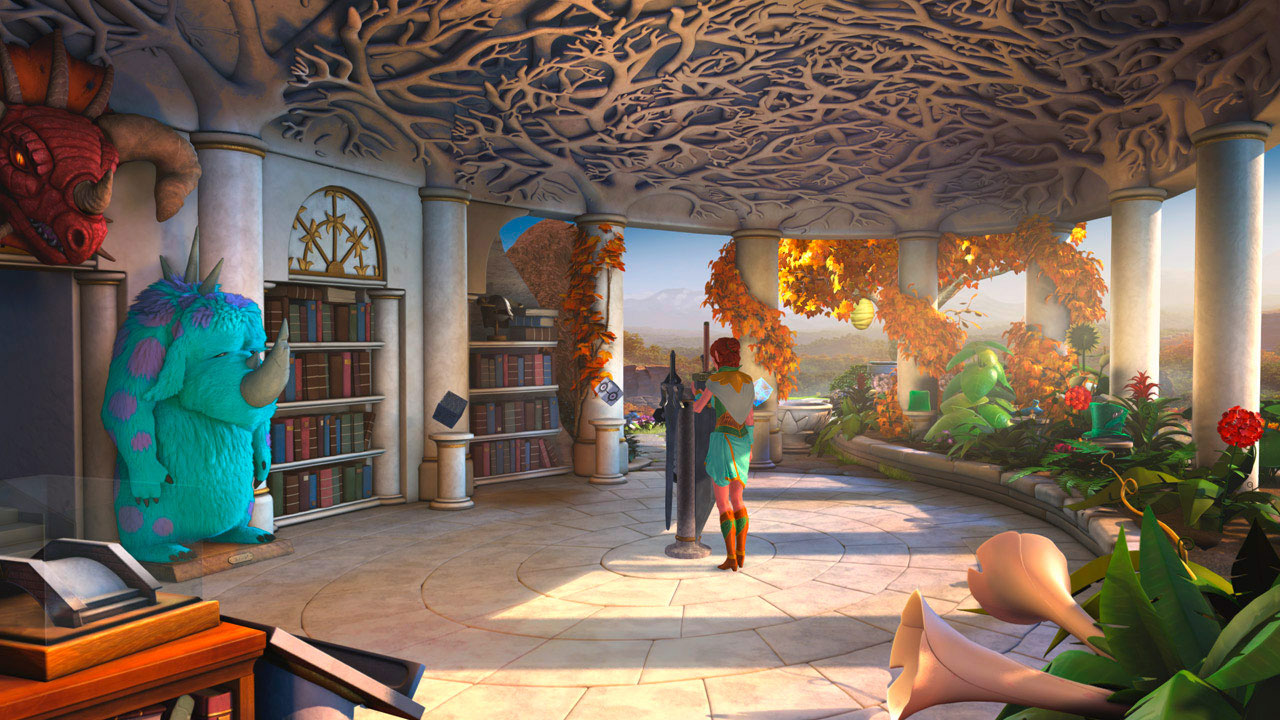 As we help Ivo escape the confines of her room we’re introduced to the amiable gnome Wilbur Weathervane who faces the daunting task of teaching magic classes at an academy. Wilbur also has the unsettling feeling that evil is prowling the land and the arch mage will be murdered. That KING Art Games manages to bring these three storylines together in a satisfying conclusion is testament to the games excellent storytelling.

As can be expected, the gameplay in The Book of Unwritten Tales 2 consists mainly of solving puzzles by picking up apparently useless items and combining them later on. As in all point and click games,   the pacing is slow and deliberate and you can often find yourself locked in a small area combing every nook and cranny searching for clues.  Although the puzzles make sense and often require a degree of lateral thinking, you could find yourself stumped for minutes at a time until you realise that a certain item you picked up half an hour ago actually has a useful function. If we had any criticism of The Book of Unwritten Tales 2 it would be the lack of any hint system that could have helped push the game on a little faster.

Added to this is the unavoidable fact that The Book of Unwritten Tales 2 also has a lot of dialogue. Through a great deal of the game we found ourselves talking to a host of colourful characters listening for clues and hints as to what we needed to do next.   But, with this thought in mind, it’s worth noting that the writing in The Book of Unwritten Tales 2 is excellent. The subtle pokes at other fantasy games and movies and the self-deprecating humour made the dialogue fun and often laugh out loud. 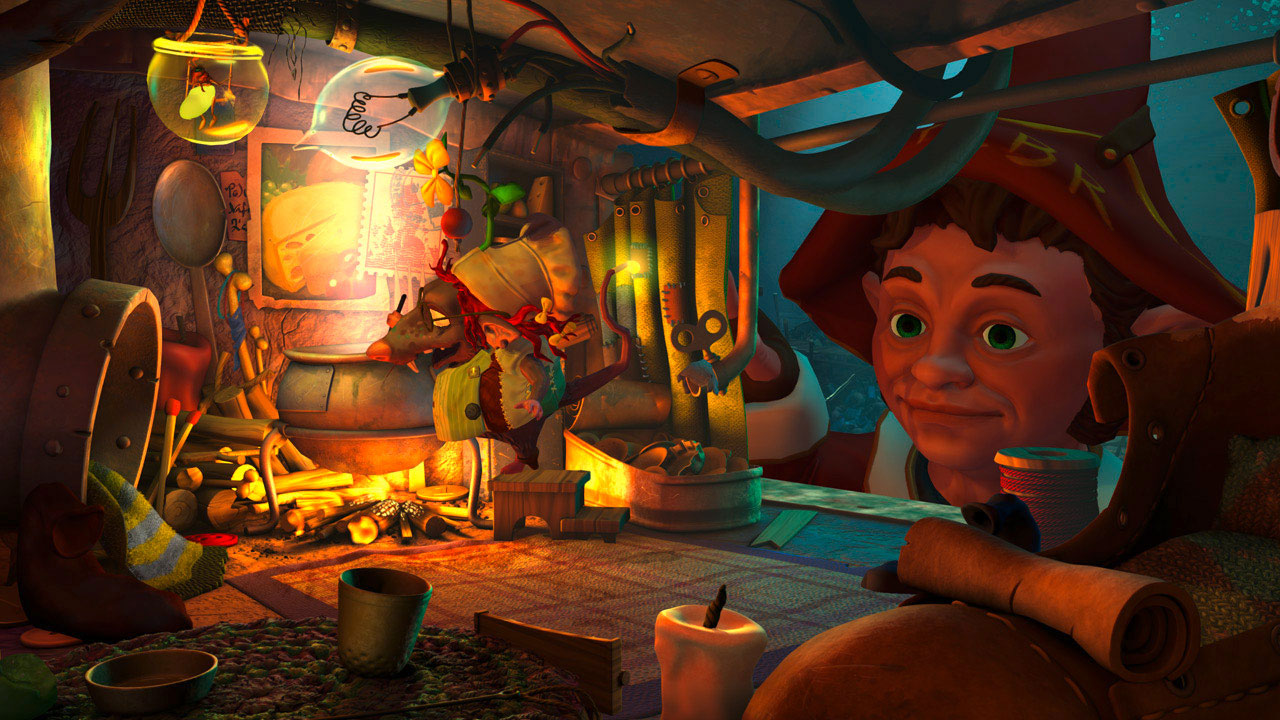 Graphically The Book of Unwritten Tales 2 is a visual feast. Each scene and character has been lovingly drawn and animated so that you immediately feel you’re playing in a living, breathing world. Pause for a while as you’re reading this review and take another look at the screenshots. Have you seen anything prettier?

All in all The Book of Unwritten Tales 2 is a great game for point and click enthusiasts and a welcome introduction to anyone new to the genre. With over 20 hours of game play and a great plot peppered with some damned ingenious puzzles, there’s a lot of fun to be had here. Go buy.

The Book of Unwritten Tales 2 is a great game and with 20 hours of gameplay and a great plot peppered with some damned ingenious puzzles, there’s a lot of fun to be had here.