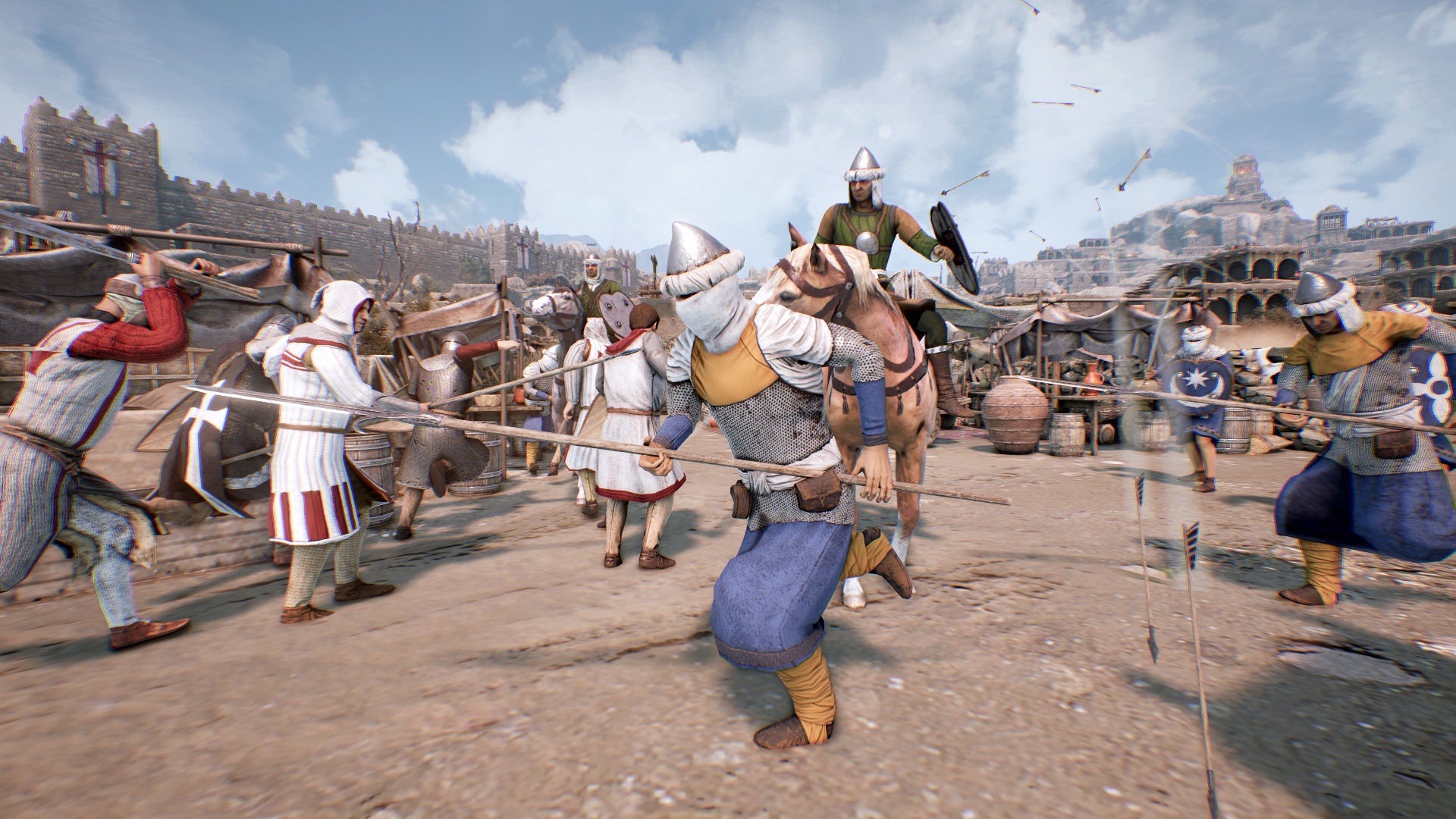 One year after the release of Ancestors Legacy, the developers Destructive Creations bring us their first DLC for the game. It comes in the form of a new faction to play as – the Saracens, with new units, new maps and an entirely new campaign. At £9.29 in the UK it’s quite a pricey DLC, so let’s find out if it’s worth that price tag or if you should leave it alone until the sales.

The other nations of Ancestors Legacy are all set in European history – the Anglo-Saxons, Vikings, Slavs and Germanic tribesmen all begin to merge into one when you’ve been playing Ancestors for long enough. This is one of the main reasons why Saladin’s Conquest is a great addition to the game – it breathes new life into skirmish mode by swapping the marshes and grassland of Europe for the jagged barren cliffs and deserts of the middle east. The maps look fantastic, boasting attention to detail that you only get from working for a long time on something. This is without mentioning the fact that they are still balanced enough to make for competitive online and local skirmishes. 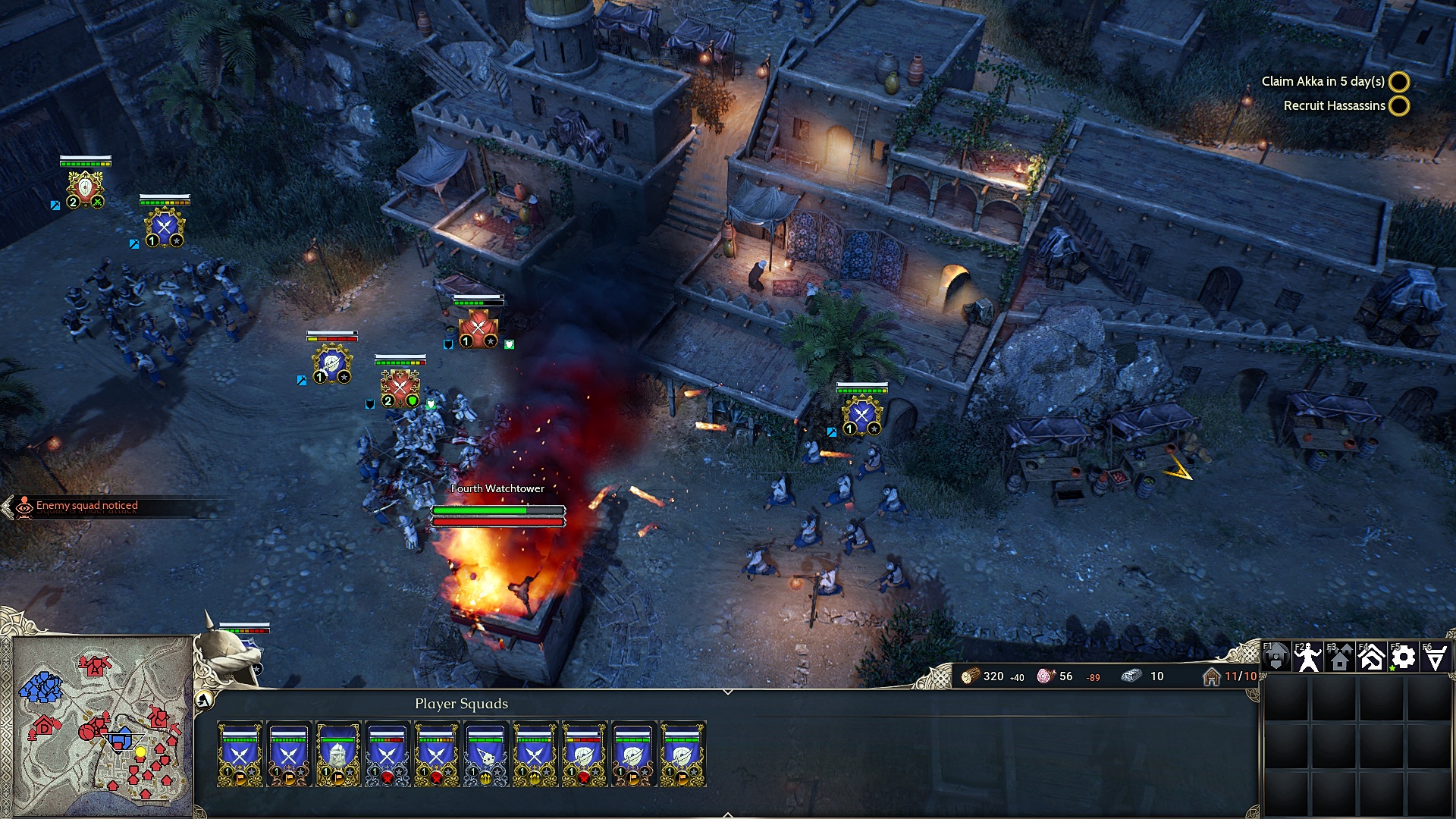 The Saladin’s Conquest DLC comes with 3 new and unique units, including the sneaky four-man squad of Hassassins, capable of setting explosive traps and remaining hidden until the last second; the Grenadiers who can fire explosive missiles into groups of enemies; and the Scorpion which is a rework of the ballista. These new units have their strengths but are often overcome in battle due to their smaller starting numbers – often meaning that if you get attacked, they are quickly debuffed from being ‘outnumbered’. This often means that if you choose to play as the Saracens, your tactics boil down to a series of hit-and-run missions before sending in the bulk of your forces to take strategic positions.

The campaign is faithful to those of the European nations from the base game, with a series of chapters to complete (five in this case) that unravel a loosely historical story around the main character – Salah ah-Din, who rode his armies into a great siege at Jerusalem in 1187. The campaign is full of excellent voice acting and trademark Ancestors Legacy animation style, atmospheric music in a mysterious and soaring Middle Eastern style, and enough action for around 6 hours playtime. 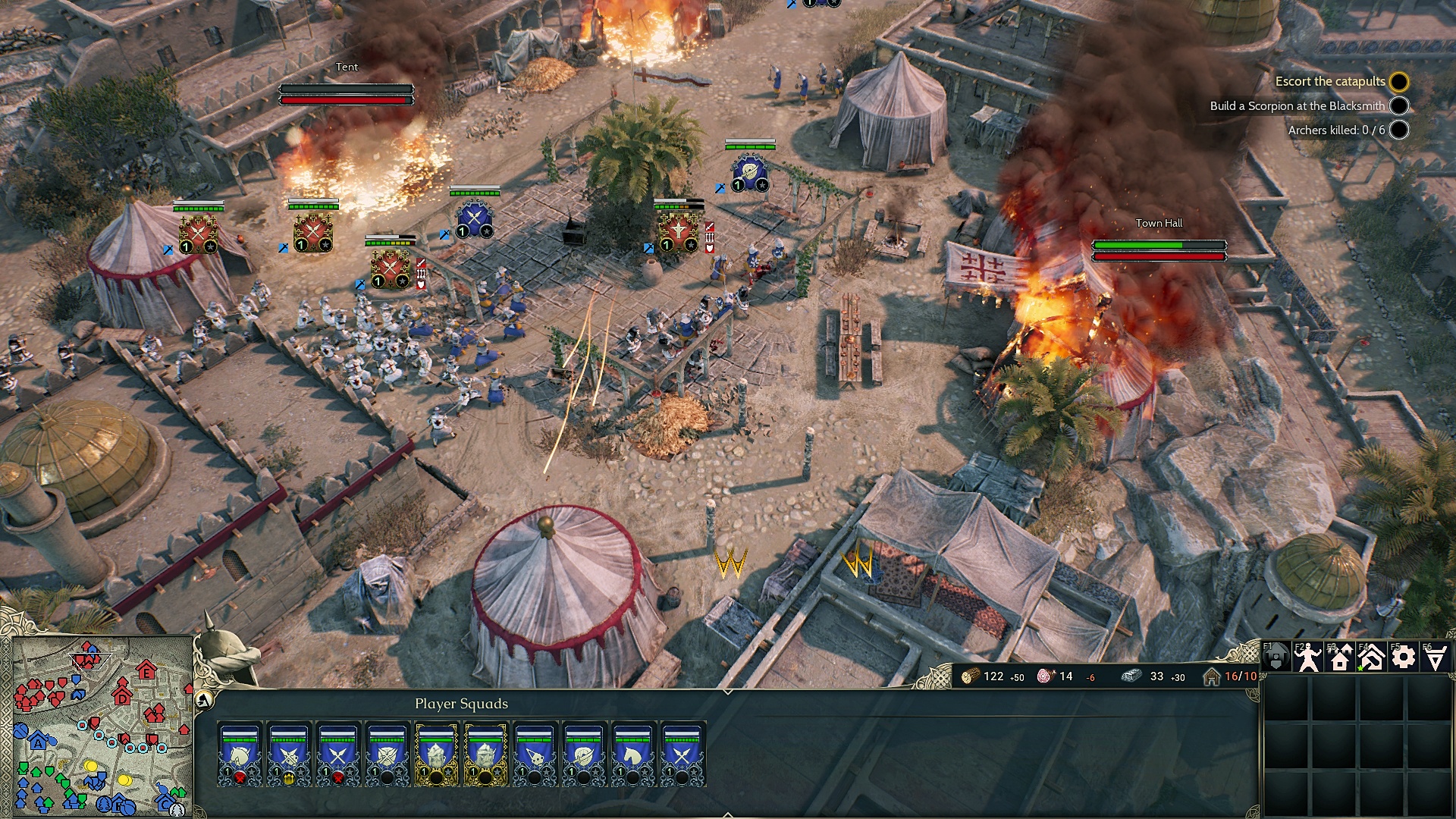 Overall this is a solid DLC. The expansion of the base game is enough to warrant paying out for the content, but even with the amount of effort put into this release, I couldn’t help but feel that the Saracens are a little light on the ground. At £9.29 I’d want them to feel a little more substantial because as it stands, I’ll most likely not use them too much beyond the campaign and into the skirmish mode. That said the new maps are fantastic and transport the player into a whole new theatre of historical warfare. For those who love Ancestors Legacy, this is a must-buy, but if you’re on the fence it may be worth waiting to pick up on a sale just in case.

For those who love Ancestors Legacy this is a must-buy, but if you’re on the fence it may be worth waiting to pick up on a sale just in case.