Under Embargo Until October 6th. 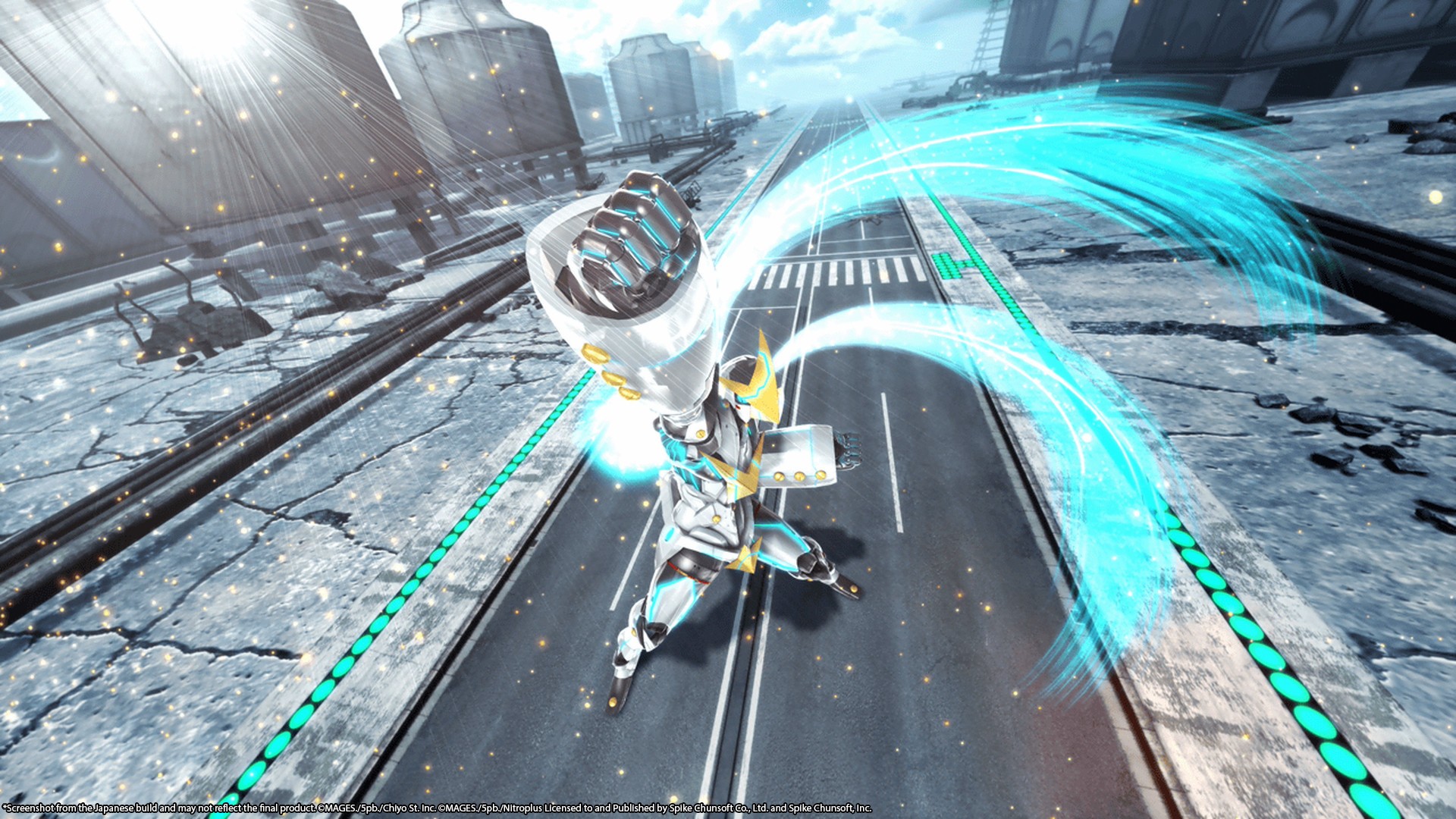 When it comes to a great visual novel, you need to understand your audience and understand them well. It’s very hard to find a visual novel that’s ideal for “entry level” gaming. Most people don’t want to dedicate time to a game where you’re just reading. Even my daughter, who absolutely loves books and stories, was puzzled and bored that I was playing a video game that was just being told a story. “How is it fun?” she asked me, and that took a bit of time to answer. In my mind, visual novels aren’t fun, not in the traditional sense of how a game can be fun. They can be exciting. They can be memorable. They can be laugh-out-loud, hilarious. Yet I don’t think that I would ever classify them as fun. Having said that, if you were to give me a choice between dumping two hours into playing through Mario or going into another chapter of Robotics; Notes Elite, there isn’t even a question: toss aside the controller, it’s time to sit down and be pulled into the world of 5pb, Mages and the Science Adventure series.

If you were looking to absolutely destroy any and all free time you were considering putting into watching television, playing games or doing something besides sitting in front of one of the longest animes of my life, then definitely dive into Robotics; Notes Elite. The story mainly focuses on the five members of the Robotics Club: Kaito, Akiho, Junna, Subaru and Frau, all of whom have different reasons for being a part of this motley crew. You have to get through the first “phase” in order to even see the opening cinematic, and the chapter takes, and I’m not exaggerating, more than three hours to read and understand. The opening saga tells about the club in Tanegashima, which is on the verge of disbandment unless they can pull off a win at the big Tokyo Dream Expo robot fighting tournament. With the club initially only being Kaito and Akiho (as Akiho’s big sister was once the president and is now a big name in the robotics world), they eventually recruit Junna in a small capacity for motion capture, Subaru joins after being strong armed into joining, and Frau lands from distant worlds to join because she’s apparently the solo teen dream developer who created the most popular online robot fighting game ever. We go to the Dream Expo, we see the fate of the club perish, and then rise like a phoenix, and then things get WEIRD.

If the title at all feels familiar, players who aren’t in the know should be made aware that this is a connected title to the overall world of Steins;Gate. There are some similar elements in gameplay (which will be discussed in a moment), and we even have some returning characters, plus one very important overlapping character: Itaru Hashida, aka Daru the Super Hacker (DaSH), has a major role in the next title, so has to appear here. Much like Steins; Gate, players should understand that the number of direct choices that you make within the game are fairly limited and short. Instead, we rely on a secondary system that’s like the time-travelling cellphone messages Okarin needed in Steins; Gate, but it has a twist this time. The Robotics Club uses special, ultra-futuristic smartphones and need to activate PokeCom Triggers which have a variety of motions. These involve pre-chosen questions and responses on a social media network that looks a lot like Twitter, locating and choosing areas on a map, and even using an augmented reality overlay to more closely examine people and places. You also use the AR system to occasionally put characters into costumes, whether they want to or not, but that’s neither here nor there. The AR is also quite important in opening up certain aspects of the game that make up the backbone of the story which is the question of reality and humanity in an age of magical technology. 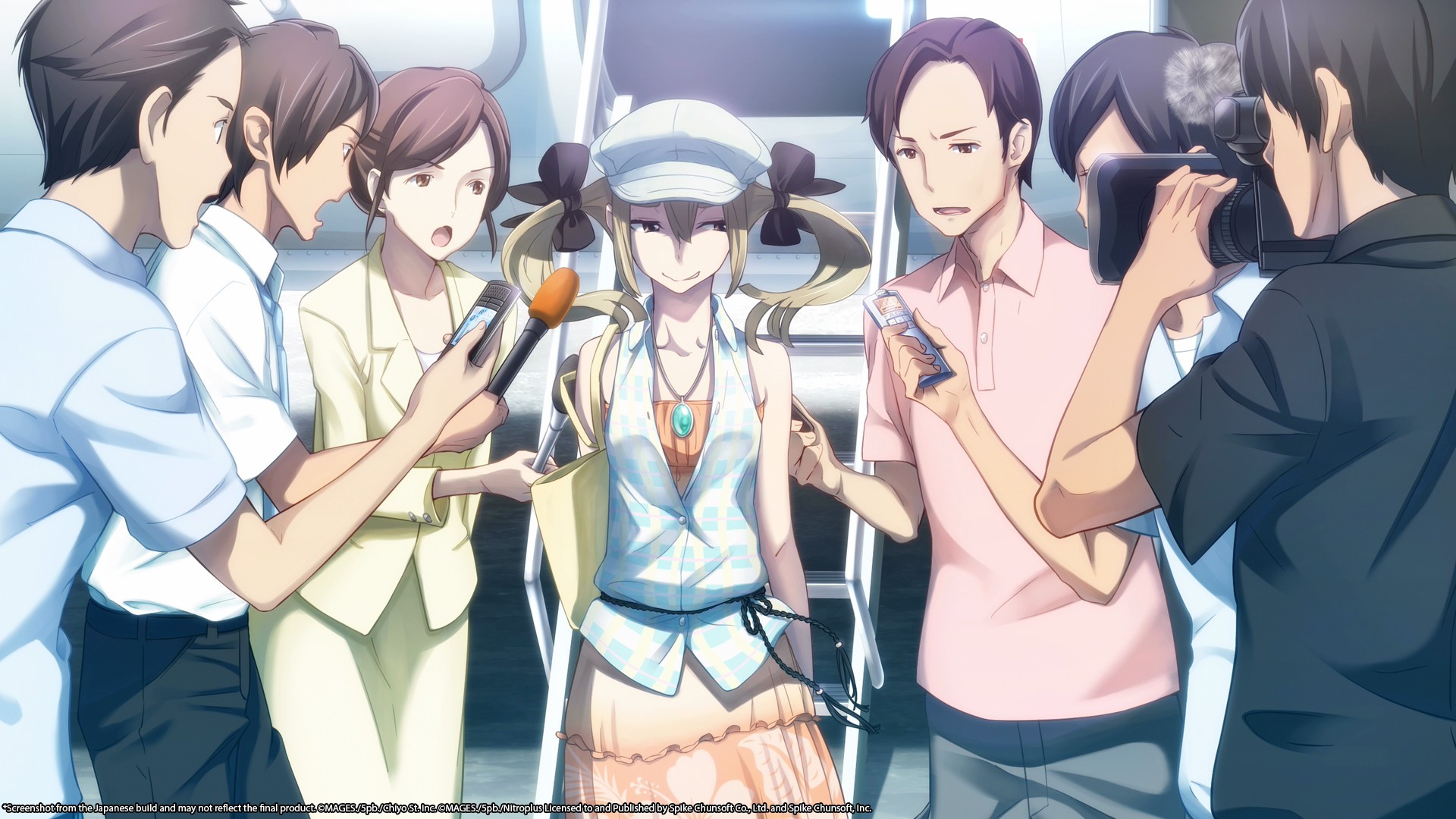 Just as Steins; Gate had players examine and really consider the aspects of time travel and how different realities can exist from a singular point of decision, Robotics; Notes turns your attention to a far more interesting (and potentially realistic) thought exercise about artificial intelligence and the future of technology. Whereas the potential for manipulating the fourth dimension is still firmly outside humanity’s reach, the possibility of computers and programs to achieve sentience is remarkably close in comparison, and the concept of the singularity (merging human consciousness with computers/the internet) is even closer. That, to me, made the plot twists and ideas within Robotics; Notes even harder to grasp because I couldn’t just plant them firmly in the science fiction field. Just as I’ve had to really rock back on my heels with works like Ghost in the Shell or Blade Runner, Robotics; Notes has an undercurrent of “what if” that will keep you firing on all four cylinders throughout. If this was a game that was in the same vein as CAN ANDROIDS PRAY: BLUE or Planetarian, it would be a thoughtful and terrifying game (the revelation about the mastermind behind everything is bananas), and ultimately one that could be too heavy to really enjoy. It would be The Way We All Go, but with computers.

Instead, 5pb and Mages mix in a healthy dose of what makes the Science Adventure games spectacular with amazing character design and concepts. I’m always floored by how well the dialogues and interactions are crafted in these titles because it feels comparatively lacking in so many others. I think many developers are so focused on getting the story and the point of their game across that they forget to have many natural moments that showcase the actors as believable human beings, and, as such, don’t achieve the same level of connectivity. Since Kaito (who takes the lead most of the time) isn’t actually a robot junkie, it falls to the other characters (particularly Akiho and Subaru) to fill in the technical gaps of it all, and is done so with either gusto and enthusiasm or the tired, frustrated tone of someone who’s explained it to Kaito a hundred times before. The way the students interact with adults of different degrees – teaching guides, distant parents, evil corporate overlords – has different inflections of respect and rank, which is how we actually engage with people of the world. There isn’t a set, rote grouping of phases we use with a particular age range, and Robotics; Notes takes its time to really give a spread in order to get you attached to everyone. That way, when you end up getting a terrible ending because you made some bad decisions or were too inactive on your smartphone, you NEED to go back and try it again.

Robotics; Notes Elite is exceedingly important as a visual novel release for three strong reasons. One, this is the first time that this title has gotten an official, strong translation to the worldwide audience. Originally an Xbox 360 Japan exclusive (just stew on that idea for a moment), it’s been kept to just Japanese audiences for far too long, and now it’ll be available to everyone. Two, it’s the best damn entry in the Science Adventure series, and I’ll stand firm with that. While everyone can agree the Chaos characters are a bit wildly divided, Steins; Gate characters tend to be enjoyable, but far too focused on certain aspects of their tropes, plus the storyline gets too heavy. Robotics; Notes has the right balance of science fiction, minor horror and slice-of-life that makes it deeply enjoyable, and keeps you locked into this massively long visual novel. 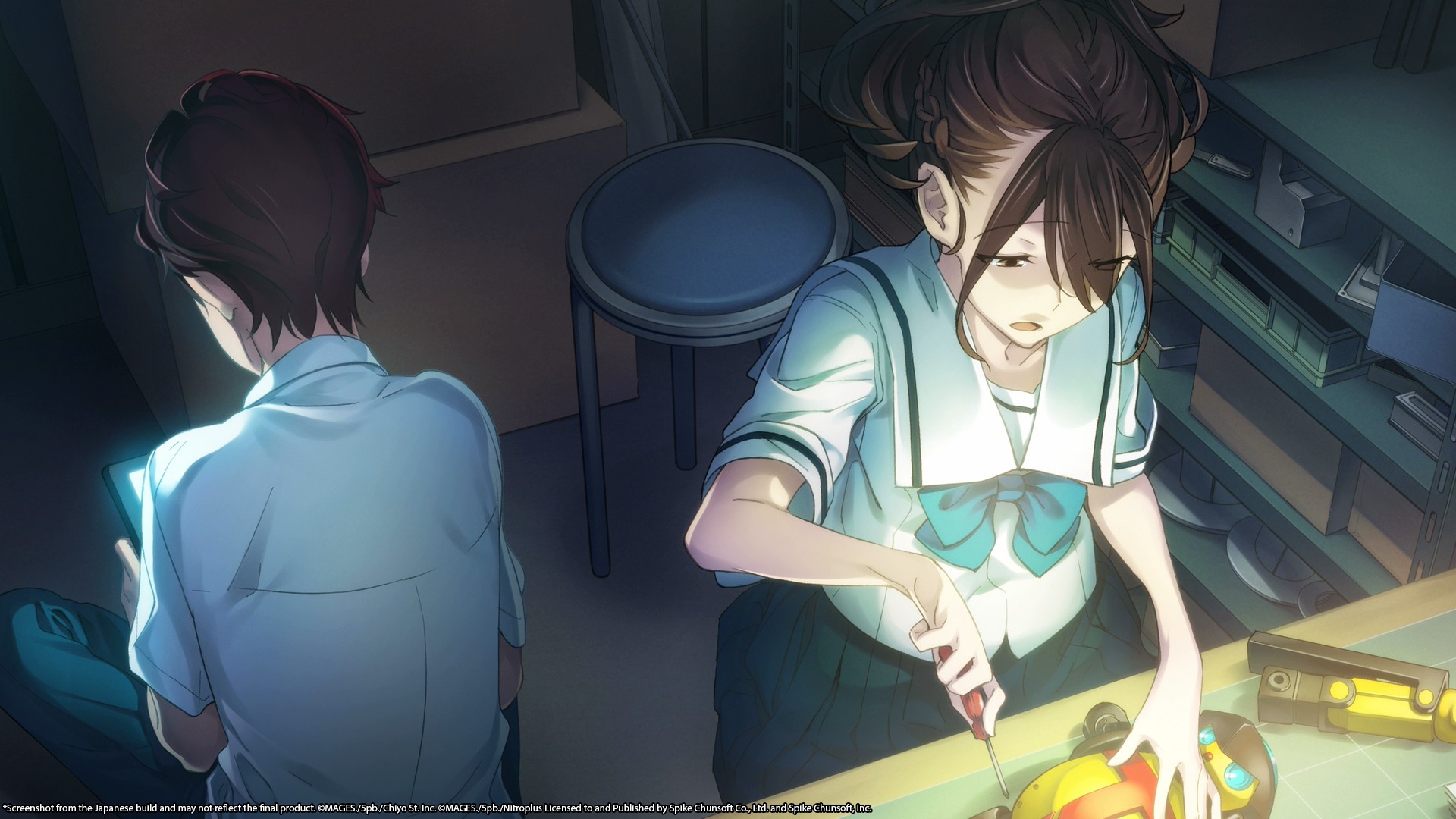 Three, and most importantly, this Elite edition is amazing looking. The voice work and music are already top notch, as one would expect from a Mages release. However, on top of that, this mixes in different scenes that have been lifted from the anime, in a vein that is similar to the Steins; Gate release that we got earlier. But it’s not entirely anime, which I think is an incredibly important difference. Instead, we have updated CG sprites that move, talk and feel more grounded in the visual novel world than just being all animation, with the anime moments taking over for select portions (most notably some robot fights). This is the perfect balance of not ignoring the successful anime while also still giving credit and credence to the game itself, which paved the way for this entire ordeal, and would not have been given to the world at large had it not been successful on its own.

As a fully aside note, the release of Robotics; Notes will be in tandem with the English release of the sixth entry to Science Adventure, which is another Robotics; Notes title, and thus probably a compelling reason to update and finally translate the original. We’ll be taking a look at that in a separate review, because it’s not a side game like My Darling’s Embrace: this is the official sixth entry into the series.

If you’re a fan of the Science Adventure games, then Robotics; Notes is a no brainer. It’s got a massive story, several endings, deeply enjoyable characters (even tropes like Frau), some sweet moments and ultimately a better tale than the other games so far. If you’re a visual novel fan in general, there’s enough separation from Robotics;Notes to the other games that you don’t need to put in 300 hours of backstory in order to enjoy this. Instead, just lock in, clear your calendar and enjoy: the future is bright and promising.

The terror and promise of the future, the hope and fear of being a teenager, and the joys of discovery with companions; it all makes up Robotics; Notes.