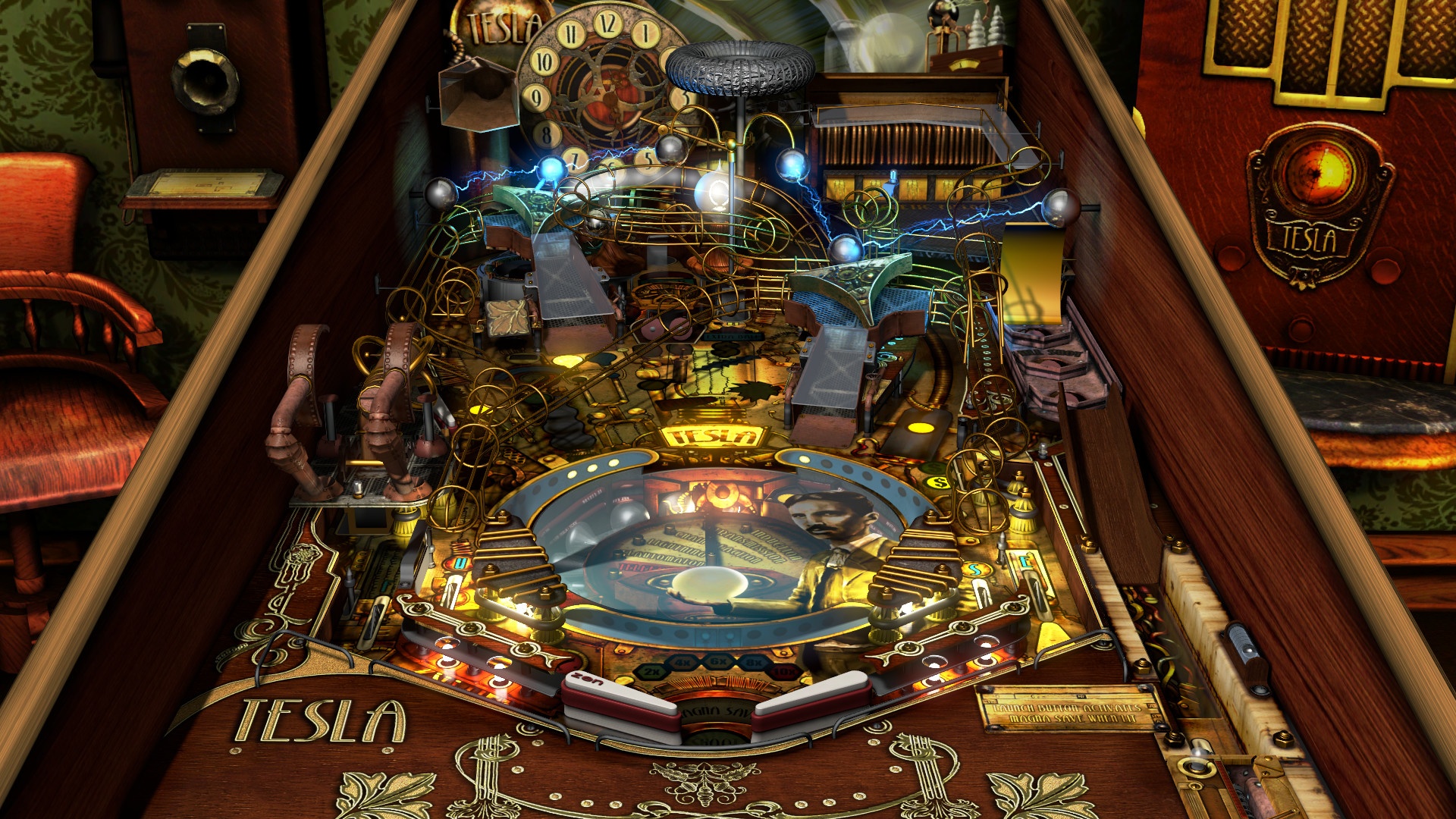 One thing many people may not realize is that a vast majority of the tables currently available on Zen Pinball FX3 are not exclusive to the FX3 iteration of the series, but are holdover ports from FX2. This isn’t necessarily a bad thing: FX2 was a magnificent creation, and FX3 has built upon that with even better physics, more effects and better powerups/modes for players who want to get their pinball on. Still, Switch owners are currently lacking some of the best FX3 tables, such as the branded Star Wars and Marvel tables, not to mention the drool-worthy Bethesda pack. So there isn’t anything wrong with enjoying some of the classics, as long as they hold up in a great way. Sadly, this is one of the few DLC packs that has some truly disappointing tables. Welcome to the Zen Classics pack.

Bottom of the barrel is V12, a racing inspired table that is absolutely crowded with ideas and details about cars and racing and very little else. Featuring a massive decal in the center of the table that’s supposed to be the inner workings of an engine, you find yourself firing the ball around the table at a pretty decent velocity, trying to work a couple of ramps that lead to some decent looking tunnels which…don’t really do much. The objective of the table is simply to keep gaining speed and momentum, making the game match the concept of driving a really fast vehicle and being badass and all that. It’s certainly not the first racing table we’ve seen, not even the first on Zen. But, while the Archer table from Balls of Glory made the car secondary, or while the Stern table for Mustang was something really classic and gorgeous, V12 just kind of gets your engine running if, and only if, you’re a motorhead.

V12 also does something very unforgivable with wide drop zones on either side of the table. While it doesn’t appear to be quite so tricky from the initial glance, you’ll find that the bumper saves on the far left and right disappear incredibly fast (faster than the ball save in the center) and are difficult to get back up. Normally not a problem, but you’ll find that the ball actually gets funneled here post ramp in more than a couple of situations. The only way to avoid falling into these drops is to seriously use a lot of more cautious aiming, often nesting the ball onto the flipper to line up the next shot. While this is a common strategy, it seems totally at odds with the principle and life of the table. It’s all about the pistons and the flames, shouldn’t we keep it totally rocking? No? We need to grind to a halt every couple of shots in order to make sure we don’t lose the ball? That’s a weird choice, but whatever. This table is basically here and you get it with the others, but it doesn’t mean that it’s a classic, at least not in my opinion. 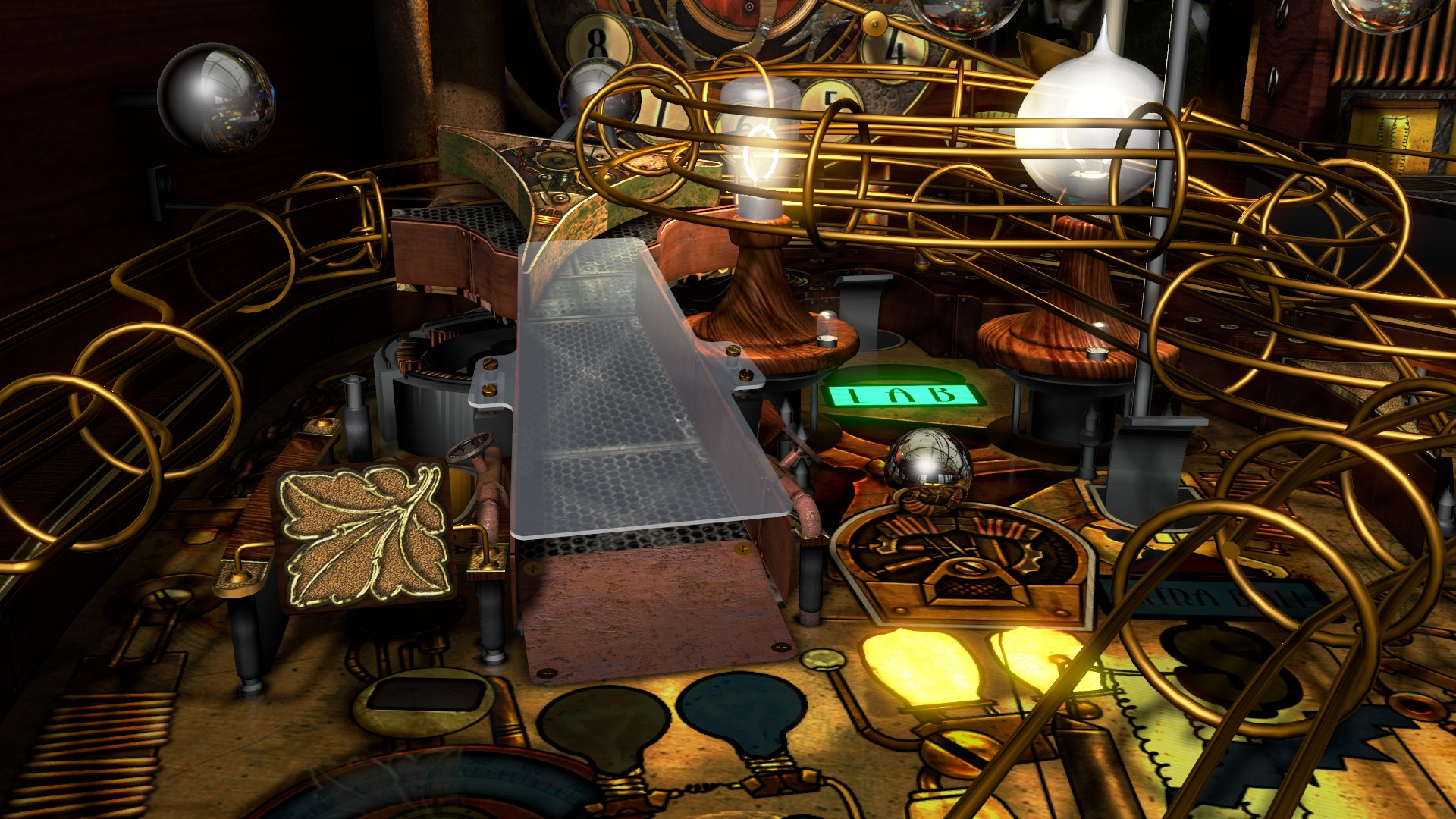 Second on the ranking is Shaman, a table set to be in some kind of jungle tribe setting, and the whole table is just generously dolloped in red. From top to bottom, it’s different shades of red with a lot of random color splashed in to make it appear tribal and jarring. The objective here is to activate three different shaman who are in different corners of the table and activate them all before the others lose interest. This is done by triggering a spinning panel that sits in front of each and then basically having about five seconds to either a.) trigger them again and keep it spinning or b.) hit the other two and activate some serious mission points. The far left shaman is close to impossible to hit in a timely fashion, so you’ll almost never get this wild bonus, and that’s ok, because the table still keeps going otherwise.

Shaman has a total of six flippers, which actually work out incredibly well. The secondary left is critical to hit that elusive shaman, while the right slows down the drop speed and helps line up a lot of shots easier (not to mention you can flip into the middle shaman with a bit of velocity).  Then, there’s two more in the top quadrant of the table in a special “mini table” minigame that you can activate pretty regularly. This is what I love to see from Zen: insane table designs that are so close to real tables you can taste it, but then they throw in something that’s either unfeasible or unreasonable and either works out better in a digital presentation. The results are things like skill shots that arc into unseen areas, a pachinko-esque small table atop the right ramp, and trying to keep your shots straight when the table is literally spinning in multiple directions at the same time. It’s a bit insane and kind of difficult to keep oriented, but it’s maddening fun, and the fact that it’s only the second table in my list should be indicative of the rest of this DLC pack.

Third is the adventure of El Dorado, which puts you on a jungle table, lush with greenery and peppered with lost artifacts, as you search for the legendary city of the same name. The soundtrack of the table does not feature Elton John (I know, I was bummed too), but has a pretty driving set of drums and wood flutes, intermixed with constant animal chittering and stones grating open to show danger around every corner. I don’t often comment on the sound effects of tables (mostly because I like to play in silence) but the design of this one is spot on, almost stereotypical, to what you might imagine in such a realm. Most of the missions are centered around the one idol in the top center of the board, partially shielded by the left ramp but easy enough to access when the time is right. This idol will progressively grow taller and more imposing if you can maintain mission completion without dropping a ball. It’s hard to do, but the multipliers are insane and it’s quite a sight to see.

One of the big reasons that El Dorado ranks higher than some of the others is that this is a Classics table that seems to have actually put a bit of extra polish on it. While this is a holdover from FX2, the table seems to have been tweaked, ever so slightly, to make it more functional and accessible, almost like the ramps were moved a fraction of a centimeter and suddenly the whole thing has changed. I really can’t explain it, but I played this table forever and a day ago on my PC and thought it was dreadful. Suddenly, here, on my Switch, it feels incredibly fluid and logical, and I had a much better time with it. The third flipper actually helped work into the mid-lane ramp instead of just flapping haplessly like some kind of broken bird. In general, this one feels right at home on the Switch, and is sure to maintain interest and energy for re-visitation in the future. 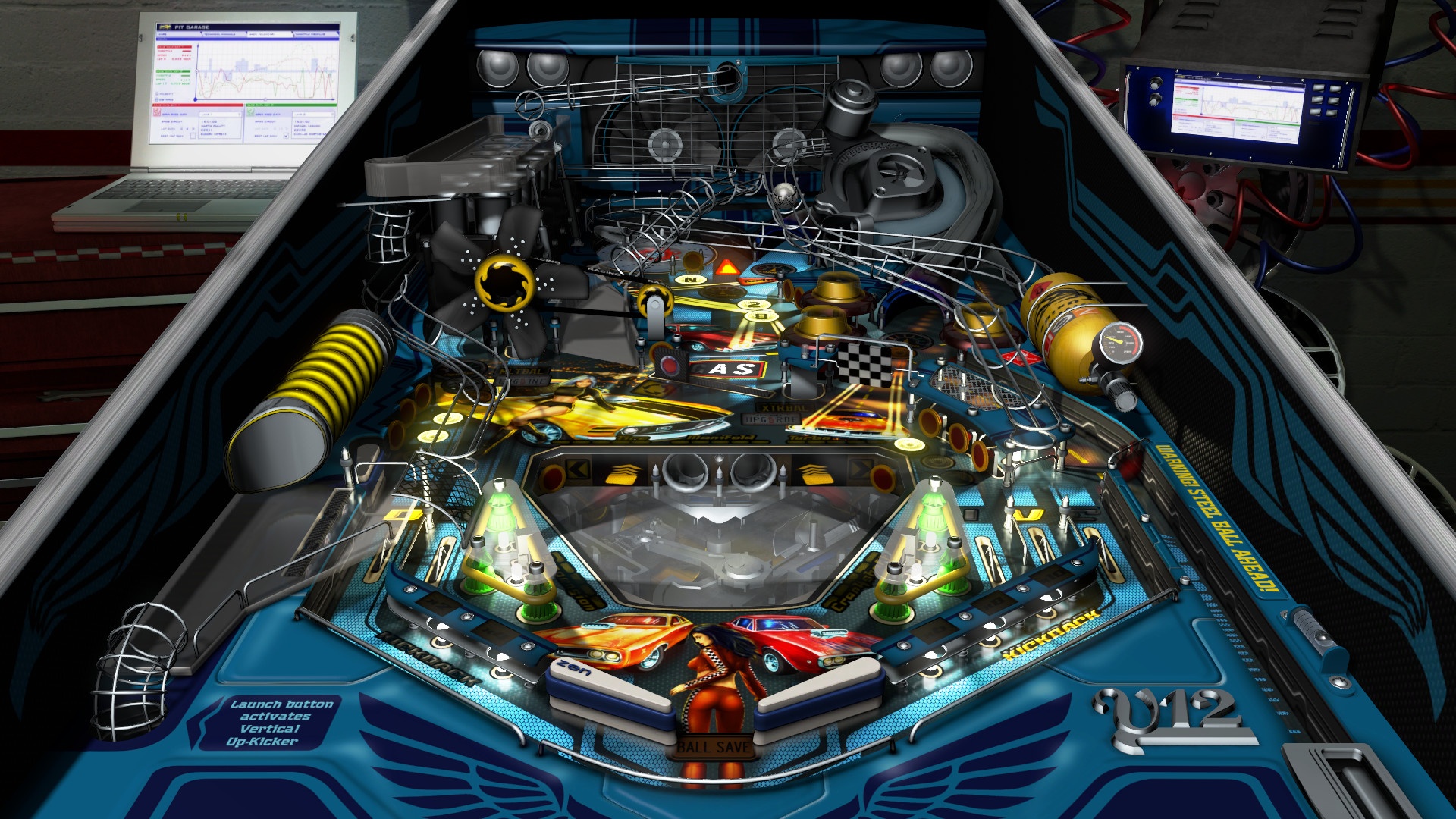 Finally, Tesla. Oh, Tesla. A character who has been absolutely pedestaled by the collective internet, lauded as some kind of lost God amongst men, touted as the hero to mankind who was ruthlessly crushed by the evil Edison. A lot of people like to gloss over his shortcomings (pro eugenics, for one), but the dude did design some amazing concepts, and he’s also a part of another game that I’ll be reviewing soon. But he also makes a bangup table, and the clear and present winner of the DLC pack. Beset with arcs of lightning and clever steampunk design, Tesla’s table invites players to have some of the best conceptual fun out of the whole pack, and it’s easy to see why. Tesla has multiple ramps that twist and turn amongst themselves, but manages to leave the viewing area of the main table clear for easy visibility and setup. The ramps will toggle in different directions a set of turnstiles that ultimately lead to different event activation. And that’s just scratching the surface for what happens when things really get going.

Telsa seems to be one of the few tables from the Classics pack that really focuses on starting timed missions, which is a mainstay in nearly every current Zen table, so it’s clear that Zen had a great ambition for this particular one. You can easily get into the magnet minigame, where you use different fields to keep the ball in control. The spinning ball save turns on at the drop of a hat, and, when the shit really hits the fan, the whole table lights up and becomes a frigging lightshow, with a multiball situation that feels impossibly frantic and fun. Tesla is the crown jewel of the collection by both enabling veterans to rack up ridiculous scores and for newcomers to feel at home with the clever design and forgiving atmosphere. It’s a great experience from the word go, and it never lets up.

Overall, the disappointment of V12 is something pretty heady, but that shouldn’t discourage serious players and collectors from picking up this pack. But, if you’re looking for your first set, you may want to consider the Core Collection to be a better representation of what Zen can really do with an open field.