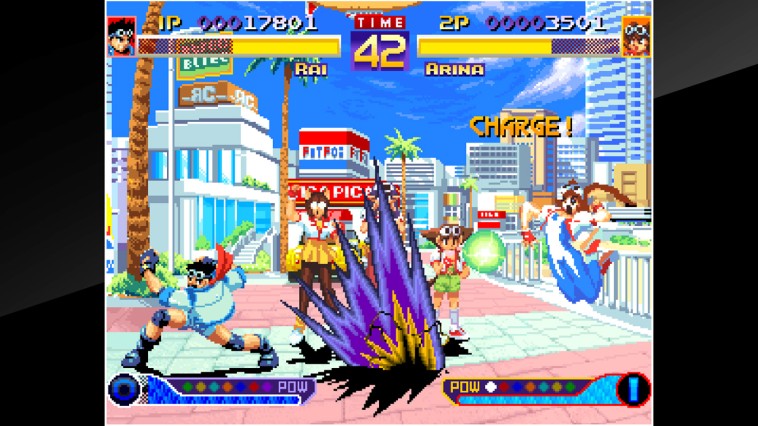 Of all of the Neo Geo arcade games recently ported to the Nintendo Switch by throwback masters, Hamster, Waku Waku 7 is almost certainly the most obscure, the least known, and by far and away, the most strange.

Mechanically speaking, this falls right in line with the vast array of 90s 2D fighters following in the footsteps of the mighty Street Fighter II. SNK produced more than most, and while the gameplay will feel immediately familiar to anyone who has played King of Fighters, Samurai Showdown, World Heroes or Garou: Mark of the Wolves, this Sunsoft developed fighter looks, well, it looks pretty bonkers.

With its day-glow aesthetic and collection of (mostly) crazy fighters, the brilliantly named, Waku Waku 7 sets itself apart from its peers thanks to its imaginative character design and almost blindingly bright visuals. It’s about as 90s as you can get, but it’s classically chunky SNK sprites and relentlessly Japanese tone make for a surprisingly enjoyable fighter and an intriguing curio for the 99.9% of gamers that didn’t have an Neo Geo or Japanese Sega Saturn. 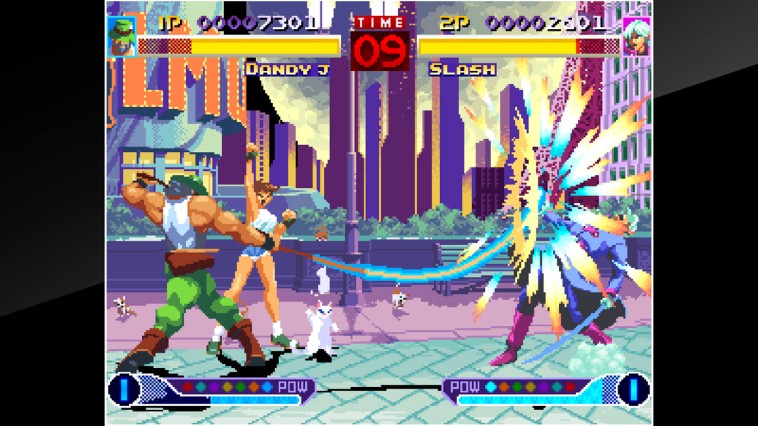 While you’d be forgiven for thinking that this is the 7th game in a long running series that never made it beyond the Japanese coast, the ‘7’ in the title actually refers to the number of playable characters. While that isn’t a large roster by today’s standards (or 90s standards for that matter), what it lacks in numbers, it more than makes up for in diversity and, above all else, imagination. There is no Ken & Ryu or Sub Zero and Scorpion here, no, each and every character is as diverse aesthetically as they are mechanically.

Well, most are anyway. Rai, your average human…guy, he’s pretty bland. His move-set is classic middle of the road fighter, and despite proving a solid introductory character, he’s quickly overshadowed by Waku Waku 7’s more experimental character creations. Whether it be the giant purple cat monster and his kid companion, the maid who fights using an array of everyday items or the genuinely barmy Politank-Z, a huge mech piloted by a very small man and his very human dog, Waku Waku 7 overcomes its rough edges with imagination and charm. 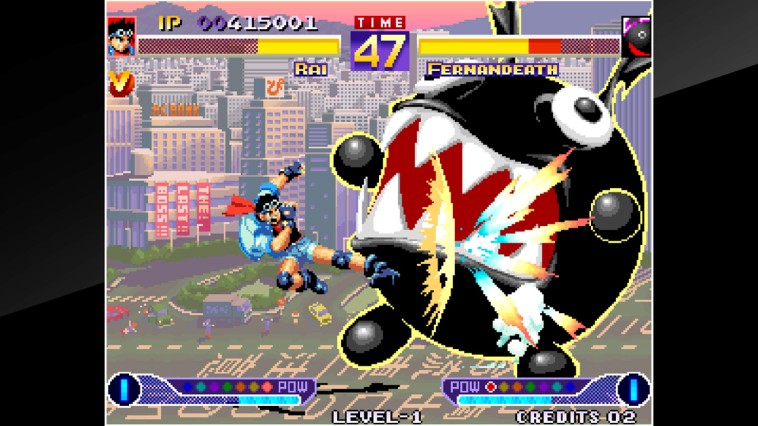 Sadly, while it is chock full of said charm, on a purely mechanical level, it doesn’t quite live up to the standards set by the likes of Street Fighter II and the King of Fighters series. It’s fun for a while, and the Harahara super moves are certainly cool (if somewhat tricky to pull off), but the fact remains – Waku Waku 7, despite being perfectly serviceable, will prove little more than a curio for the vast majority of gamers, one that is fun for as long as it lasts, but is ultimately unlikely to remain entertaining for all that long.  Still, at a relatively budget price, I’d argue that is just fine.

For fighting game fans, this previously Japan-only brawler delivers a mechanically solid, incredibly imaginative and largely enjoyable fighter. The limited roster is certainly an issue, but with 7 (mostly) brilliant core characters and a suitably bizarre sentient punch bag to unlock, Waku Waku 7 delivers an entertaining alternative to the more po-faced likes of King of Fighters and Samurai Showdown.