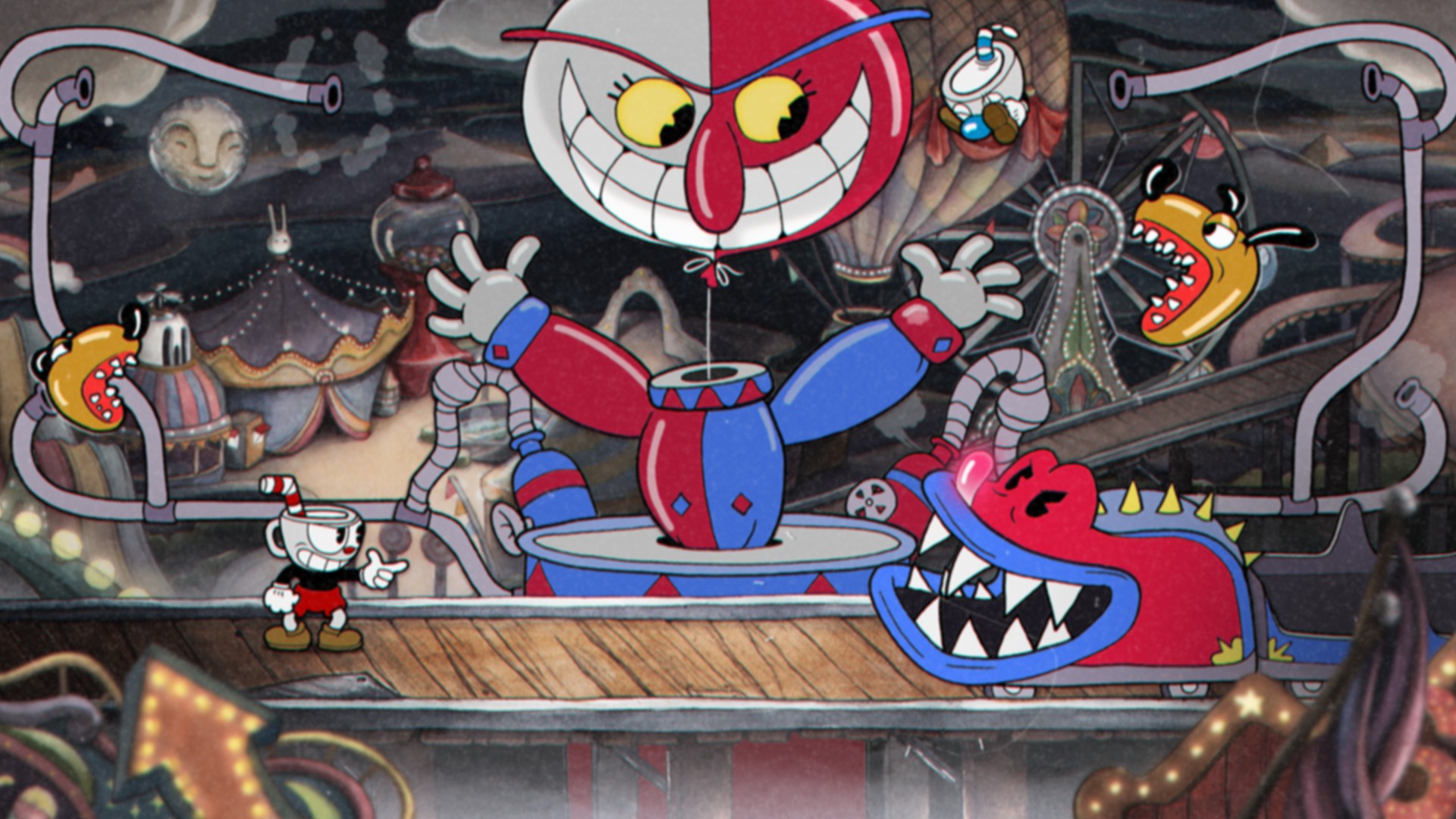 Cuphead, the anticipated gem made by Studio MDHR that got released on September 29th 2017 and received outstanding reviews from the gaming community. Cuphead is a sidescroller with platforming elements. The developer team was founded by two brothers Chad & Jared Moldenhauer. Their company has received many awards, such as the The Game Award for Best Art Direction and the BAFTA Games Award for Music. Game journalists compared Cuphead to Dark Souls, which started a trend of calling games their “Dark Souls” of the genres because of their difficulties. With the new add-on for Cuphead at the horizon, the game still stands strong to this day and it’s considered a masterpiece.

The game starts off with a cutscene in a very charming fashion as a book opens up and tells a small story about Cuphead and how he got into the situation he was in. Cuphead and his pal Mugman one day entered a casino where they tried their luck and prevailed. The casino they were in, was owned by The Devil himself. They lost a bet, selling their souls in the process. In order to get them back they have to collect the souls of the people who were in debt to the devil before a certain deadline.

Let’s kick it off by talking about the art style of Cuphead. Cuphead has the art style of a 1930’s cartoon which adds a whole other element to it and the film grain makes it look even better. Due to the simple and yet stunning art style, the game is still really easy to run! You can tell that they have put an enormous amount of effort into making it look smooth and really satisfying to play. Every single frame of a character in Cuphead is hand-drawn, which makes it even more impressive. Not to mention the hand-made 3D structures that appear in one of the stages in Cuphead. When it comes to boss and enemy designs they try to go for a innocent look for them. This adds more to the game since the combination of the art style that we love and the element of hostility makes it a unique experience. Because there was so much to do when it came down to the design, the game was in development for 7 years. The majority of the characters in Cuphead are also pop culture references, it can be anything from an old Disney episode to a movie in the late 90s. 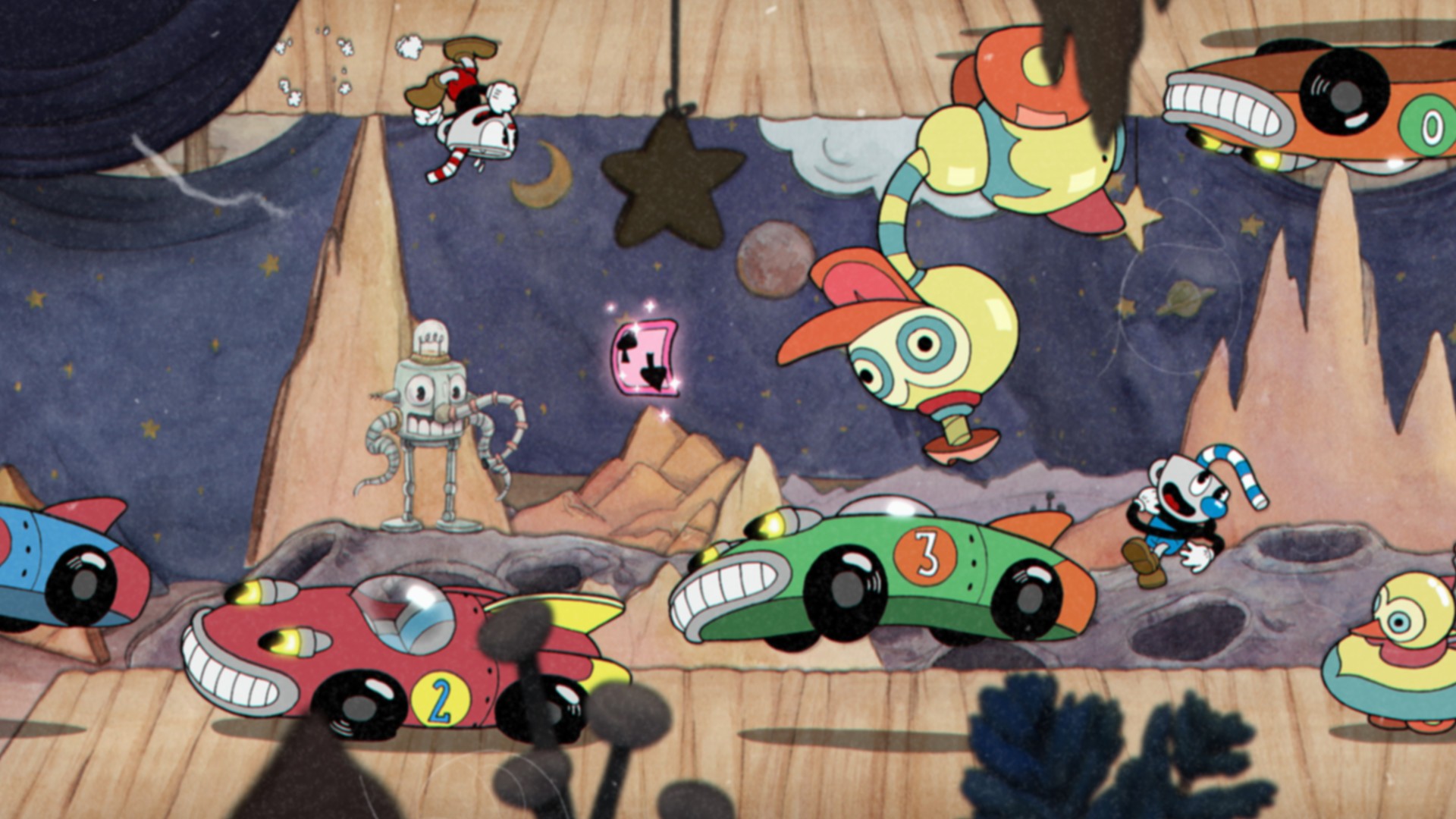 When it comes down to the gameplay, the majority of the stages you encounter will be boss fights and the rest of the stages will be challenging 2D courses that will test your skills in platforming. In order to progress to the next island, you have to clear the bosses of the current island. The default settings of Cuphead give you 3 lives to work with, which means you will die after taking 3 hits. To prevent it, you can parry the enemies attacks and dash through the projectiles or obstacles thrown at you. When you parry a projectile, it will give you charge to your super attack. Cuphead has a peashooter that you can shoot in 8 different directions. It is also possible to purchase different upgrades for your offensive and practical abilities such as a better dash or an item that allows you to take 1 more hit but in exchange it will lower your damage output. You can also purchase a dash that works like a smoke bomb allowing you to dash safely through an enemy without any issues! You can run through the campaign with a friend if you want to! The game features a local co-op multiplayer mode but it can also be played online through Steam Remote Play.

Cuphead has really well composed music that fits in perfectly with the 1930’s aesthetics. Composed by Kristofer Maddigan, the Cuphead OST features original jazz, ragtime music and early big band. My personal favourite being the “Mr. King Dice Theme Song” which sounds like a song straight out of an old Disney cartoon. The sound effects also fit in perfectly and don’t feel out of place. This is due to the choices made right using sound effects that give retro vibes. I personally like the sound effect for the peashooter and parry the most.

The game was considered difficult by critics and gamers alike. Even stirring up a controversy when a journalist couldn’t finish the tutorial of the game. When it comes down to accessibility, I wouldn’t recommend the game to the people who don’t like to retry a boss fight over and over again. This is because most people will beat it the through trial and error. Before a stage, the game offers a change of difficulty setting in case the stage is too hard to beat for you. Those who beat the game can play through it again at an even higher difficulty, which will provide more of a challenge. 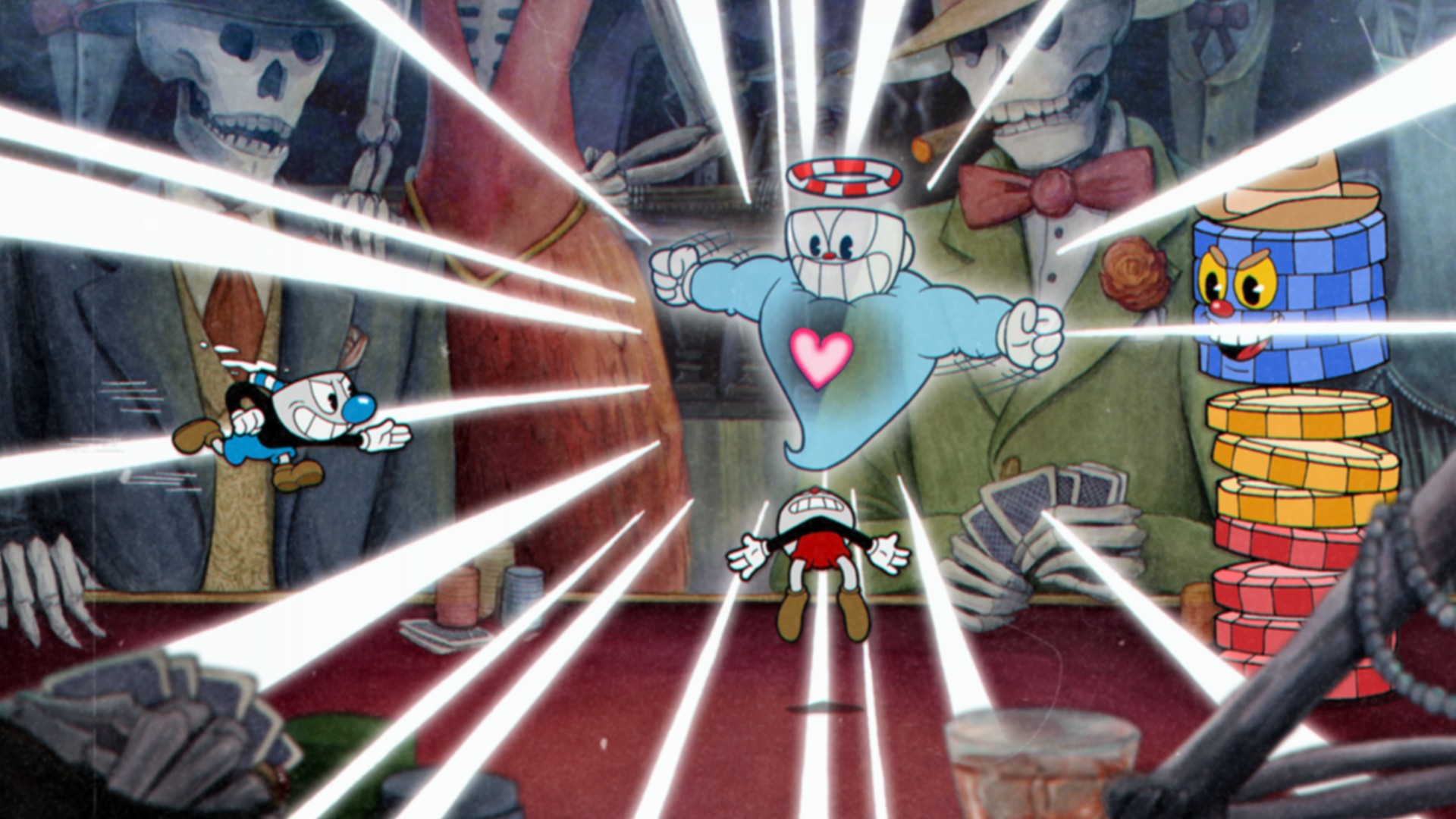 The controls in Cuphead are really smooth. I would recommend a controller to most people due to it being easier to use when timing jumps and such. It is also easier to use when you have to do multiple actions at once. It is playable with mouse and keyboard but it is something I wouldn’t recommend.

To wrap things up, I think the game is unique in what it does, differing from most of the games released these days. It’s very refreshing to see something other than a run-of-the-mill military shooter. Cuphead is a game that I am more than happy to play again and I would highly recommend it for those who seek a challenge!

Cuphead is a game that I am more than happy to play again and I would highly recommend it for those who seek a challenge!