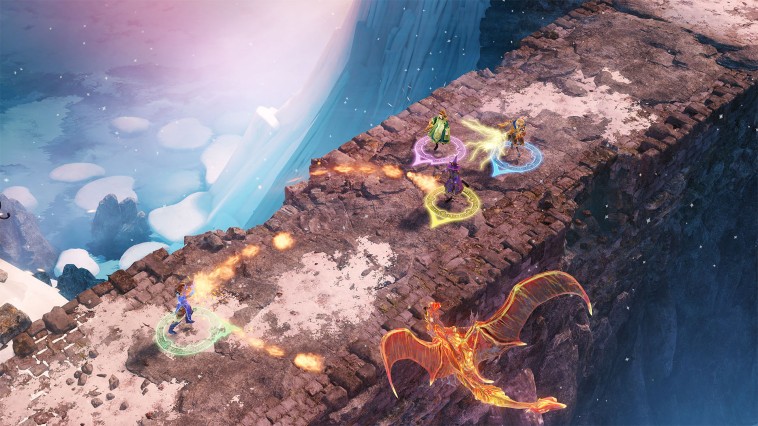 Nine Parchments is a twin stick action/RPG that comes to us from Frozenbyte, who brought Has-Been Heroes to the Switch very early on and then…nothing. Don’t get me wrong, Has-Been Heroes was pretty decent, but I think everyone was hoping that some of the classics from Frozenbyte – Trine, Trine 2, even Shadwen – might be coming soon afterwards. Instead, we’ve been treated to the release of their brand new game, and the overall verdict is…alright.

Nine Parchments takes place in the halls of a magical school, where wizarding adepts are trying to pass their trials and become full-blown mages. Unfortunately, the school suddenly loses all nine parchments of magical aptitude, and the adepts see this opportunity to go out, rescue the papers and get their passing mark without needing to study and practice forever. Either setting out alone or in teams, the adepts must conquer a long series of lands and areas in order to eventually find the Nine Parchments and become the magi they all hope to be.

For what it’s worth, Nine Parchments is a gorgeous game to behold. The atmosphere and settings, which range from woodsy plains to crystalline caverns and everything in between, are quite a sight to behold. It really gives the players the sense that these Nine Parchments have been scattered across the world, and that you have actually opted to go globe trotting in order to rescue them instead of studying. An astounding level of dedication to not doing something. The spells that you sling are also a sight to behold, and I appreciate Frozenbyte having the good sense to make the magic, which you use constantly, look and feel good. It’d be a shame if the spellwork was wonky and bland, but everything from fireballs to poisonous clouds have the appropriate sparkle and sheen. 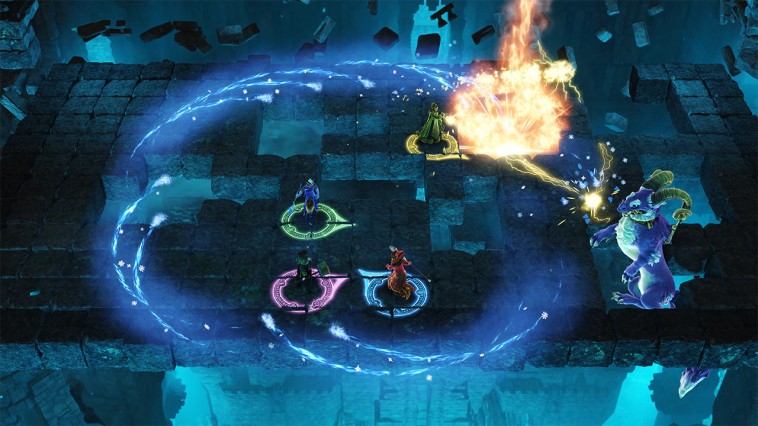 Combat-wise, Nine Parchments handles itself very well. Your initial wizard has only three types of magic on hand, but you also have melee weapons that you gradually find (and the weapons affect your spell casting). Additionally, through a series of achievements and finding certain objects, you can unlock further spells and, more importantly, different flavors of wizards to use. The game starts you off with only two real choices, but through repeated actions (destroying so many enemies with ice, getting all the quills in one stage, etc) you discover different forms of your current wizard, and even get to unlock different ones rather quickly. Monsters have different elemental strengths and weaknesses, but toggling between spells is fast and effective, and very few enemies are immune to being beat over the head. I gotta say, it sounds small, but I so appreciate the different spells all having different energy pools and recharging while other spells are being used. Magic is traditionally treated as a very slow and careful medium in most games, but Nine Parchments is incredibly fast and furious about spellwork. It helps along the pace of the game, which is important, because the game is, frankly, damn long.

Almost right away, you’ll start to wish you had embarked on this journey with another person. The rooms and dungeons are big things, and you are quite small, and, though the enemies are manageable, there’s this constant feeling like there’s too much room and not enough heroes. Nine Parchments is very big on co-op, and the game doesn’t necessarily penalize you for going at it solo, but does make you wish you weren’t alone. In the same vein, the game feels like it takes forever to get over small groups of mobs as a single player. Even just having one other person changes the tone of things completely, and suddenly the adventure is much more exciting. In particular, there was a moment when giant beasts were attacking me, slowly, but more coming every minute. I suddenly realized that I was handling it, and they weren’t going to kill me, but it was taking FOREVER to deal with, and that made the game more of a chore than entertainment. 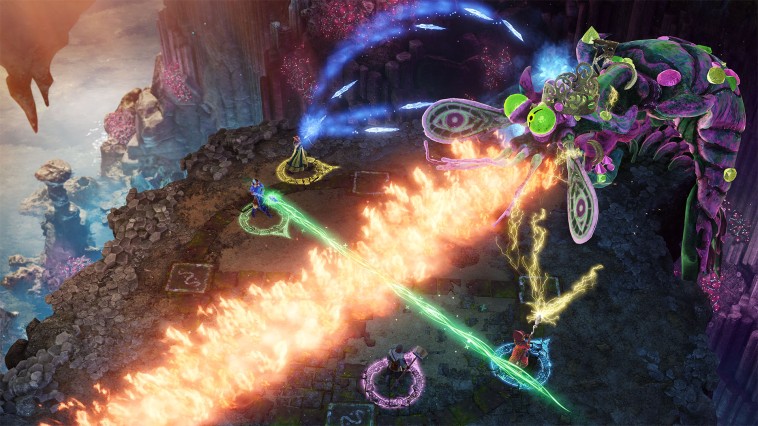 Additionally, without another person to play with, I wasn’t compelled to go back and have another journey once the first quest was over. Sure, there were other difficulty levels to attempt, and new varieties of heroes to unlock, but I just didn’t care. It was too much of a time sink to go through nine more worlds by myself. I’m grateful for people that can enjoy online play, and I think that’s deeply important, but this feels like a different type of the same problem that many AAA studios are seeing with their shooters right now. We’ve heard that single player campaigns are either nonexistent or garbage for several big games on the market today, and Nine Parchments is dangerously on the cusp of the same accusation. The game feels totally different without another player, and not in a good way. Sure, I appreciated the voice over work narrating my quest in a dryly humorous style, but it wasn’t enough to counterbalance the lack of actual support I had in the game.

Nine Parchments might be a good fit going into this holiday season because families and friends will be together and snowbound, for the most part. It’s simple enough to pick up, and, if you have a few JoyCon sets or some extra controllers, this’ll be a blast for anyone who wants to embark on a grand adventure that has friendly fire involved. But, for the player that’s cold and alone this winter, there isn’t enough fire magic in the world to defrost the chill of going at NIne Parchments solo.