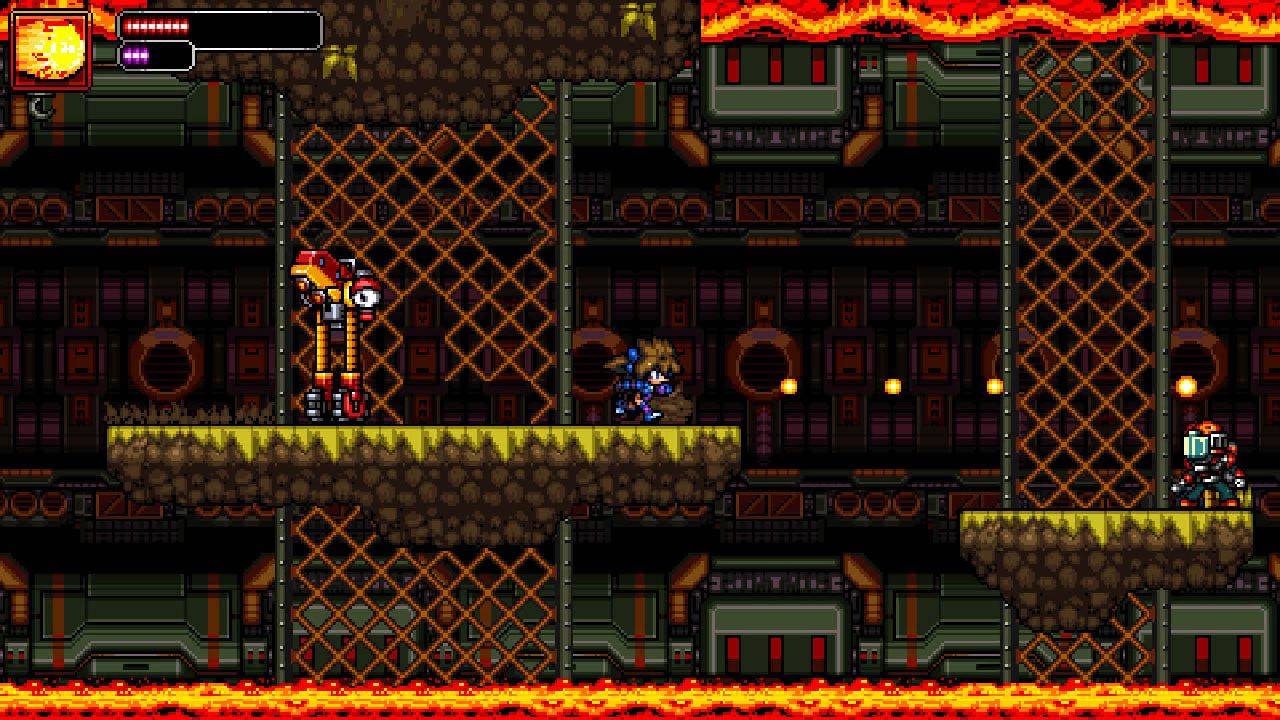 It’s another Ratalaika Games title which generally means that’s another Platinum Trophy to be added to your library but is METAGAL worth your time playing once you’ve collected all the trophies? METAGAL looks like it’s inspired by the retro game Megaman, so hopefully it will bring back classic platforming memories.

METAGAL is very similar to Megaman in both look and gameplay.  The general plot concerns itself with a doctor being forced to make weapons, however Dr. Ray says no so he and his female cyborgs end up being kidnapped. Luckily Dr. Ray contacts one of them, Meta, and gives you some extra skills resulting in the birth of METAGAL. METAGAL must now battle her sister cyborgs and stop General Keeper from taking over the world. After a brief tutorial you are thrown into the main campaign although you can choose which mission you want to start with first. 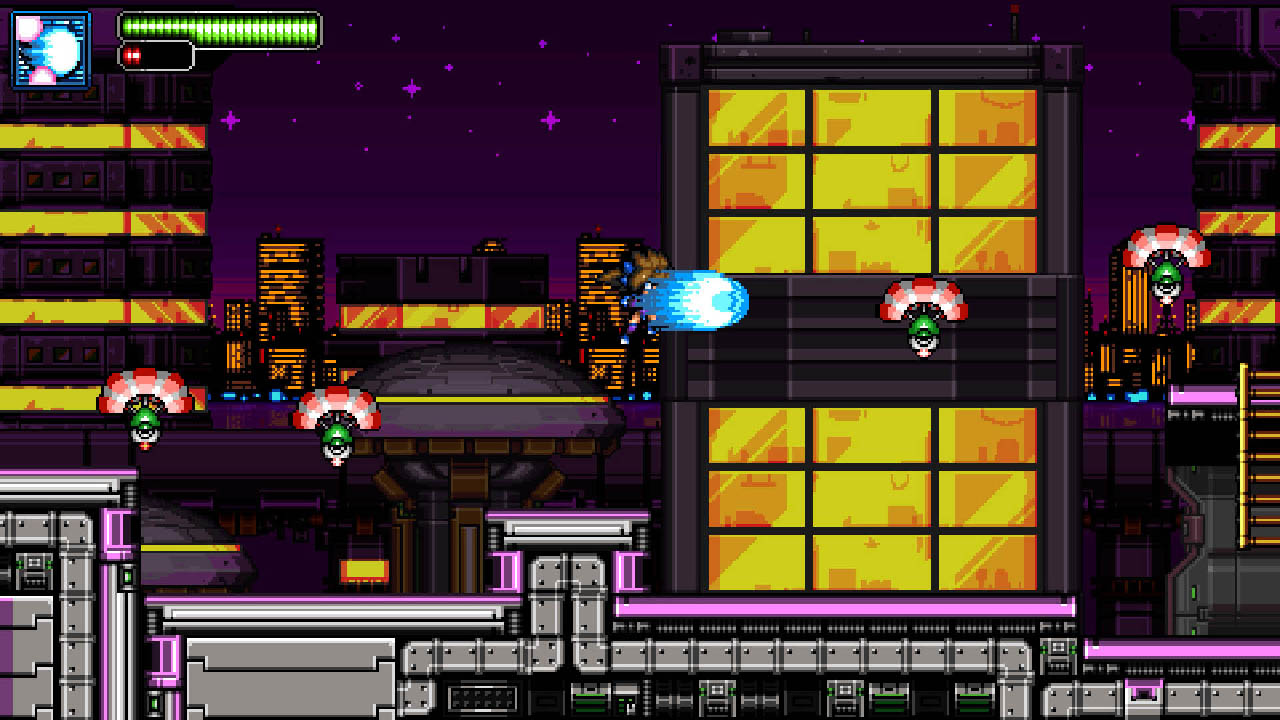 Just like Megaman you jump and shoot your way through each level. There are some mini bosses which are fairly easy to beat whilst the main stage bosses are harder, you will need to get used to their repetitive attacks before you can beat them. The level designs do not help you in your quest, too often the screen scroll will result in a quick death either because you can’t see what’s next or below you or there’s an annoying enemy shooting near an instant death spike/ledge drop. That’s the most frustrating thing about METAGAL; the amount of times you will die. You won’t be dying because of enemies being particularly hard to beat, you’ll die a lot due to a combination of frustrating level design and platforming jumping which needs to be close to perfect to get you through. The most annoying instances of this is being hit by a small enemies projectile as you’re trying to traverse from one ledge to another. Strangely, enemy respawning seems to be a bit on the random side, sometimes they do, sometimes they don’t.

In terms of abilities, you can dash which is reasonably useful, there are gears to collect that can be used to replenish life or respawn on the screen you died on, instead of respawning from the last checkpoint. When you beat one of your fellow cyborgs you will be able to inherit their skills which will make your character a bigger force to be reckoned with. Your cyborg sisters basically look like METAGAL but using a different skin, I wasn’t expecting much difference in them but just expected a bit more variety on their design. There are 8 levels to get through and roughly 30 enemies to fight regularly against. Graphically, as previously highlighted, METAGAL is a retro game, one that would not look out of place in the 16 bit days. Musically it definitely errs more on the repetitive side but METAGAL doesn’t grate on the ears. 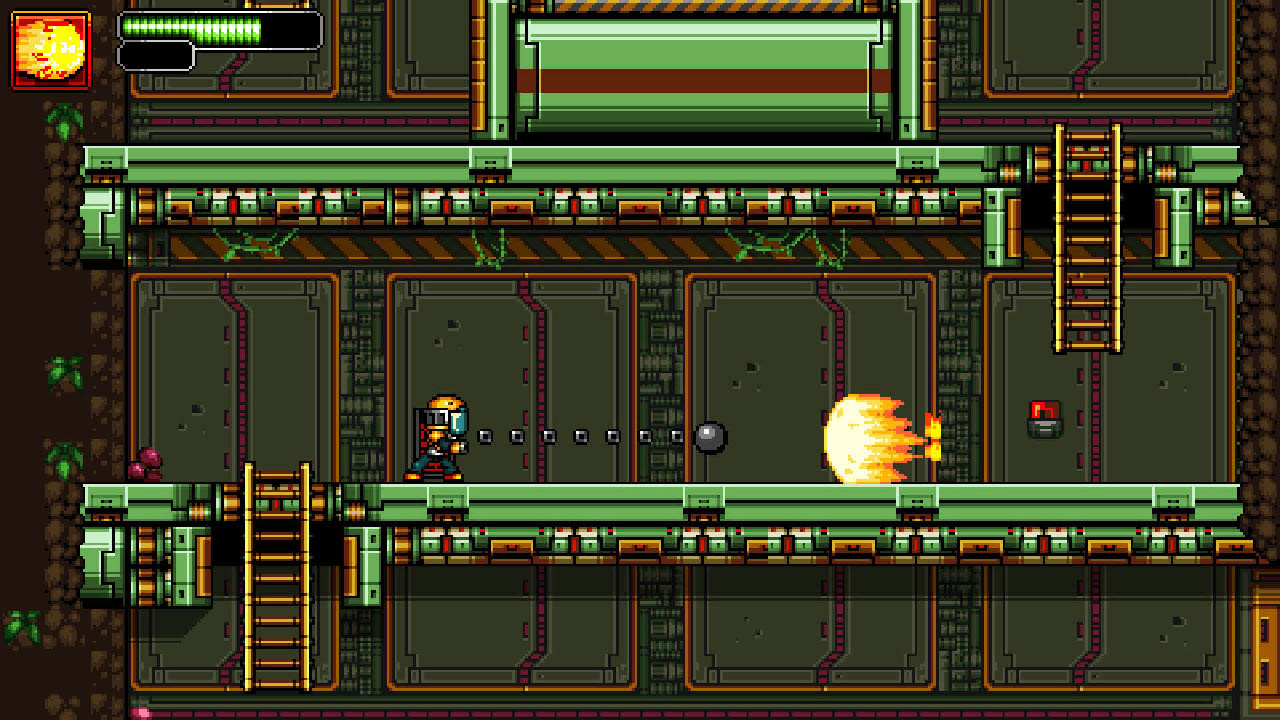 The jumping mechanic can be somewhat hit and miss, guess METAGAL is just trying to replicate the platforming of yesteryear but a slight misalignment in your button press will result in the poorest attempts at a jump which will usually result in your death. These many deaths means METAGAL will take you a few hours to get through.

METAGAL is basically a clone of Megaman but not as good. It’s always difficult to score a game like METAGAL because it is a retro game which wouldn’t looked out-of-place 30 years ago. If you enjoyed the Megaman series, then you’ll obviously get some entertainment out of METAGAL but the old school issues of platform games are plain to see here. METAGAL is a reasonably fun game for an hour or two but once completed, you won’t feel the need to replay it.

Ever thought what Megaman would look like if he had been a girl? Let me introduce you to METAGAL!