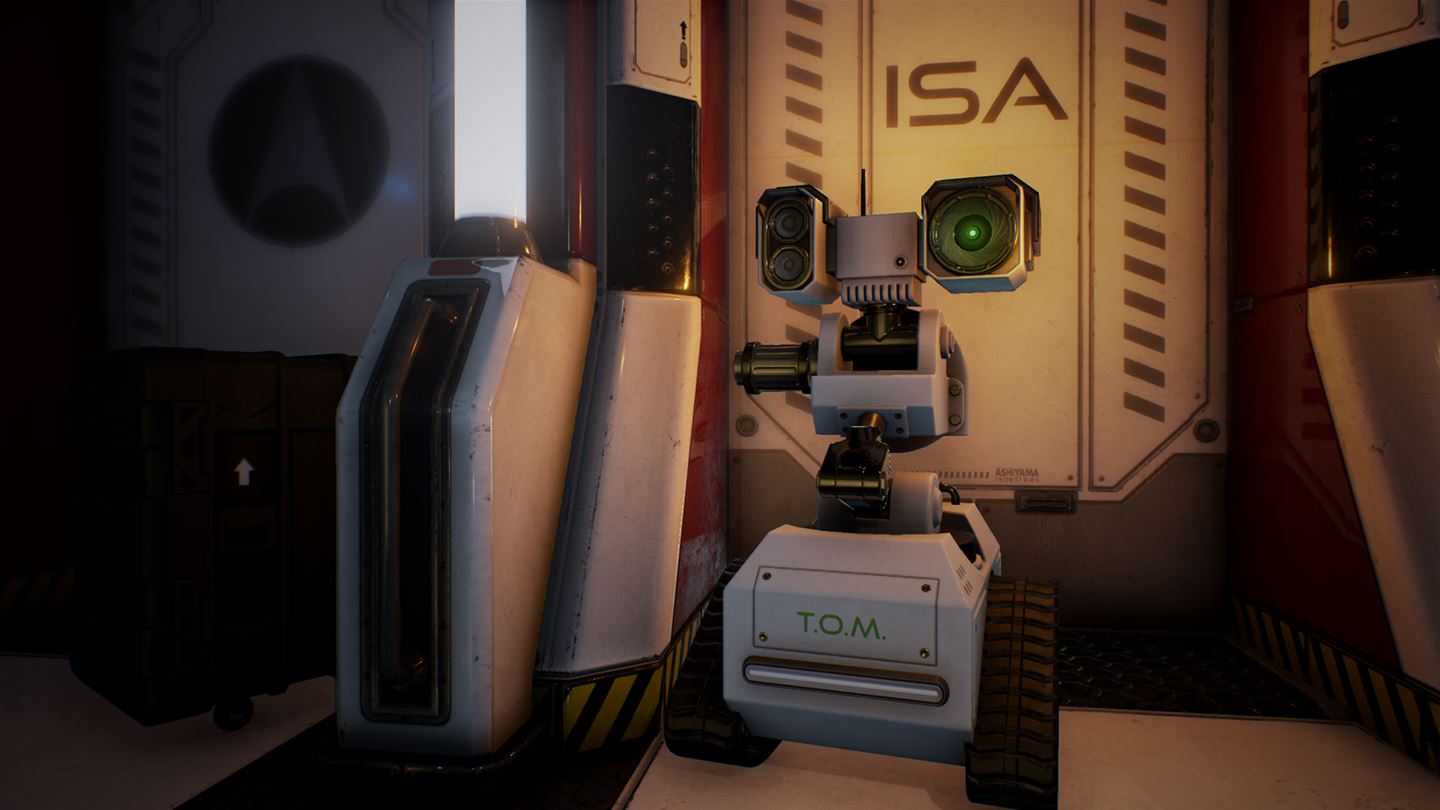 Do you know those people that just want to get right into the action, that have no patience nor the willingness to put themselves through a series of puzzles in order to get the most out of a single game? Well, I’m kind of like that. It is in that sense that I must say that, despite being a game in which the gameplay relies pretty much solely on puzzle solving, The Turing Test stands on its own as one of the finest games I’ve played in recent years. I’ll go as far as to say that its plot intrigued me as much as SOMA, another game which really surprised me.

In The Turing Test you control Ava, a member of the International Space Agency (ISA) who wakes up from cryogenic sleep in a space station orbiting Jupiter’s moon Europa. TOM, an ISA AI that is tasked of overseeing the activities of your team in Europa, prompts you to quickly proceed to the surface in order to find out what is wrong with the rest of the crew and find why they’ve gone missing. As soon as you reach the ISA base on Europa you quickly realize that something is amiss. Instead of what you’d expect a normal scientific base to look like, you find yourself confronted with a series of rooms, each with a puzzle. According to TOM, these are Turing Tests made by the crew, so that only another human could get past them and get in contact with the crew. But why would they lock themselves away in such a remote place? 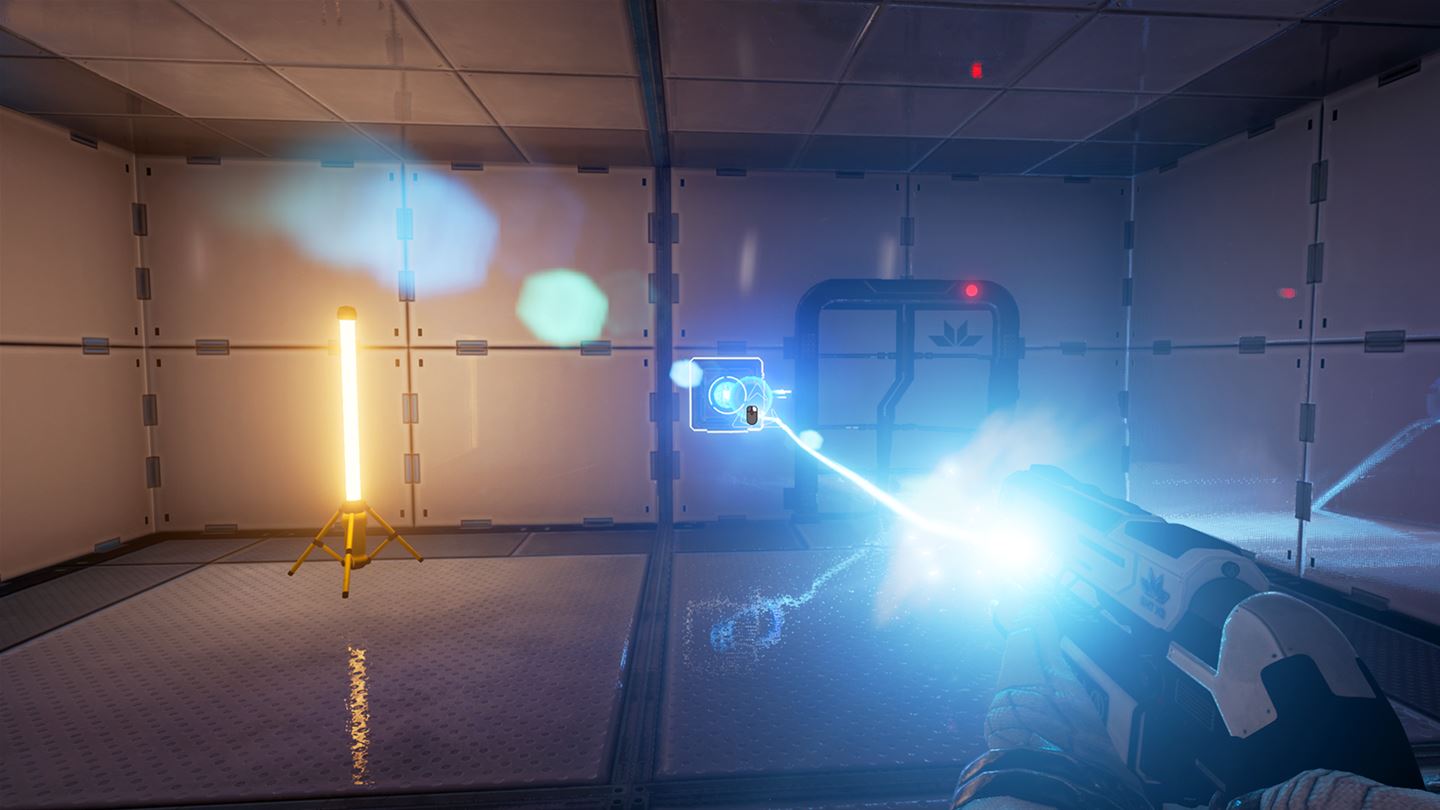 The story is told in a dialogue form between Ava and TOM whenever you enter a new room and, the way they talk to each other changes throughout the game, providing this sort of rollercoaster narrative ride. The voice acting for Ava is fairly decent but I do think that TOM is better done, especially with his monotone robot-like speech. Without spoiling anything, The Turing Test is a journey through the inner workings of what makes one human and what doesn’t, it’s a conflict of logical thinking and actions bound by the human element that is emotion. Are we bound by any of these two? Why would most people act based upon their very own emotions in order to safeguard what is dear to them rather than opt for the logical way and sacrifice the few in order to save the many? Can a machine which acts solely based on logical thinking exhibit consciousness even if it’s deprived of emotion? Can a machine be moral, or is this concept a human construct? These are all questions that The Turing Test can evoke as you play through it. There are also some audio logs and papers which you can find in several levels, mainly on these “secret rooms” and transition areas between the several chapters of the game, which add quite a bit to the background story and everything that happened before Ava’s awakening.

I think one thing that really needs to be emphasized about this game is that it is absolutely gorgeous. Unreal 4 can really do wonders in terms of lighting and I think it’s perfect for games that are going after clean surface textures, as is the case with The Turing Test. In terms of performance, I didn’t have any issues, the frame rate was stable and pretty smooth. The only thing that bothered me was having to edit the game files in order to disable the 62 frame rate lock. In terms of the audio department the game is unquestionably a fine piece. The voice acting is fairly decent but where the game really shines is in terms of the actual original soundtrack. I often found myself just standing still in a given place waiting for the current track to end and even now, as I’m writing this I’m listening to it. If you like instrumentals, particularly piano, I highly suggest you check it out (“Crew Quarters” and “Waking Up” are probably my favorite tracks). The soundtrack alone costs $5.99/4.99€, so getting the Upgrade Pack DLC is more than worth in this case, as it includes the OST, the very first prototype where it all started and a digital art book, which showcases the early design process of the game. 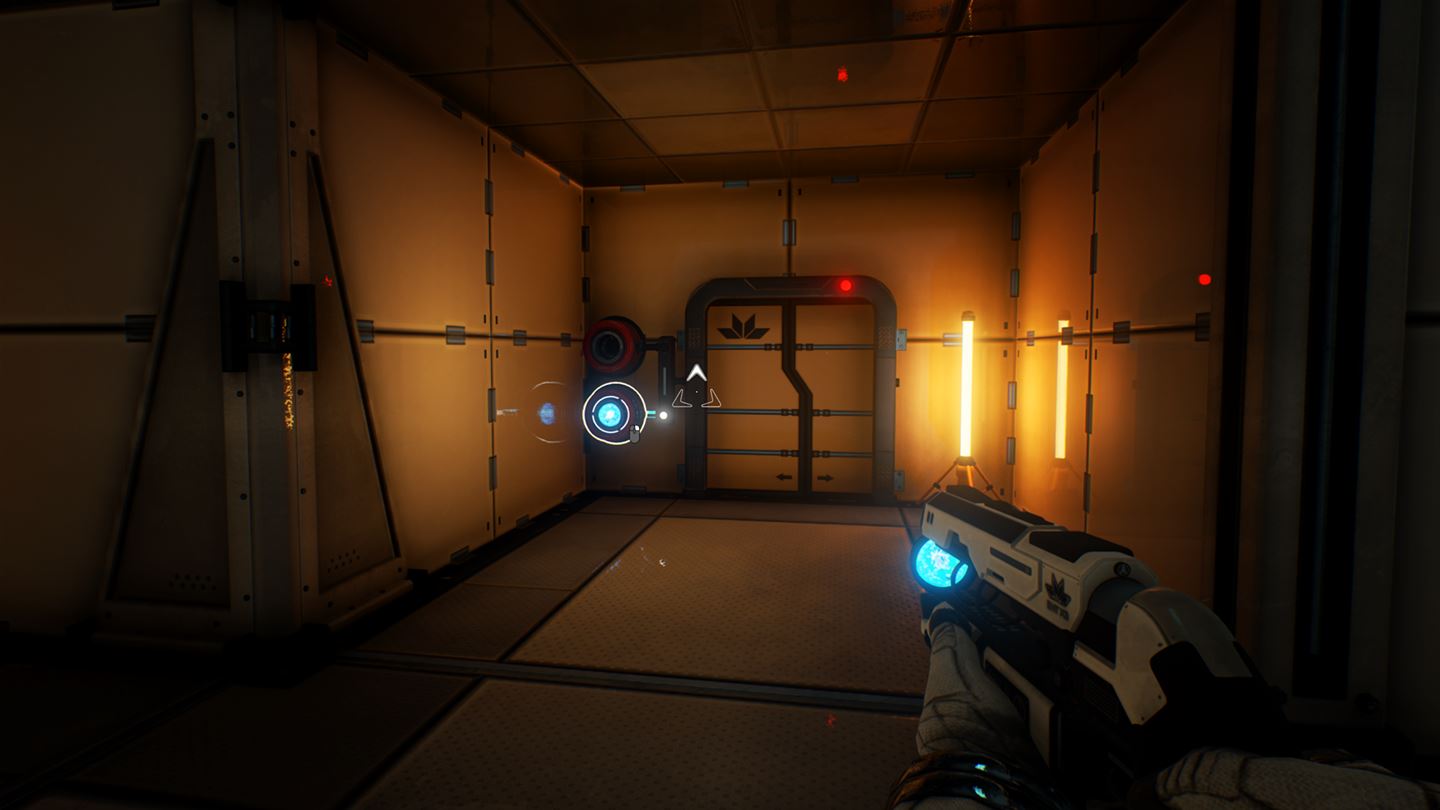 As someone who tends to avoid puzzle games I must say that The Turing Test was quite pleasant to play through, something which I did not expect at all. It is a puzzle game in its essence, even if it focus heavily on narrative and thought-provoking thematics, but the puzzles themselves are extremely easy. Even though there are over 70 different rooms, each with a different puzzle that requires you to use various different contraptions in order to complete it, it is very easy to figure out what you have to do in order to progress, there’s no barrier like in some other puzzle games in which you really have to think things through. That said, the game isn’t the same walk in the park throughout its entirety. As you progress through each sector, the game will slowly introduce you to new contraptions, if you can call it that, gradually providing an even more challenging experience. These can be different types of energy orbs, which are used to activate bridges, doors, etc, or controlling machines and changing the perspective you see the puzzle. In any case, I didn’t really feel challenged by any of the puzzles. Sure, some of them required me to stop and think for a few seconds, but none of them had me wandering around for minutes straight while having no clue of what to do (as it usually happens to me in puzzle games).

To summarize, I think hardcore puzzle fans might feel disappointed, and if you’re looking for a fast paced action game you won’t find that here. If, however, you’re looking for an intriguing and thought-provoking plot with likable characters, and you don’t mind solving some very simple puzzles I’d say is certainly a game for you. It’s easily one of the most enjoyable and gorgeous games I’ve experienced this year and it grabbed my attention right from the start. Highly recommended!