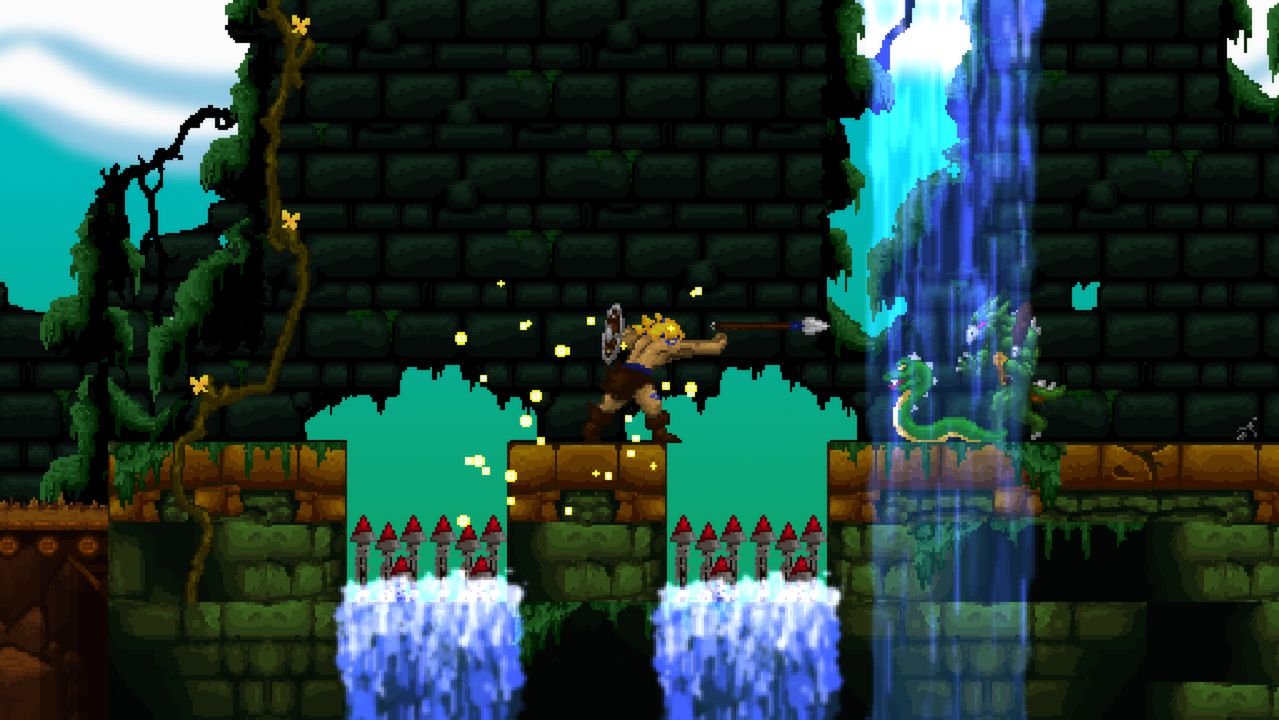 I wonder if Adult Swim publishing knew what they were getting into when they first helped launch Volgarr the Viking to acclaim and fame. Until that point, I felt a majority of Adult Swim games mirrored their television programming, which is to say they were irreverent, silly and, at times, a bit tongue-in-cheek. Enjoyable, sure, but nothing I’d take too seriously. But 2013 was the year when everything seemed to change. Volgarr the Viking is anything but funny and, now straight from Crazy Viking Studios, the beast is loose on the Nintendo Switch.

Set as the most straightforward story possible, Volgarr is a viking (natch) who’s been given a quest by Odin, one of the most multifaceted deities ever, to go and kill an evil dragon. Sometimes you don’t need more than that, and one quest is more than enough. Especially because, between you and said dragon, there are plenty of enemies who are hellbent on destroying you. Some run at you, some swing swords, others literally spit death, but all have the same goal: you, dead. 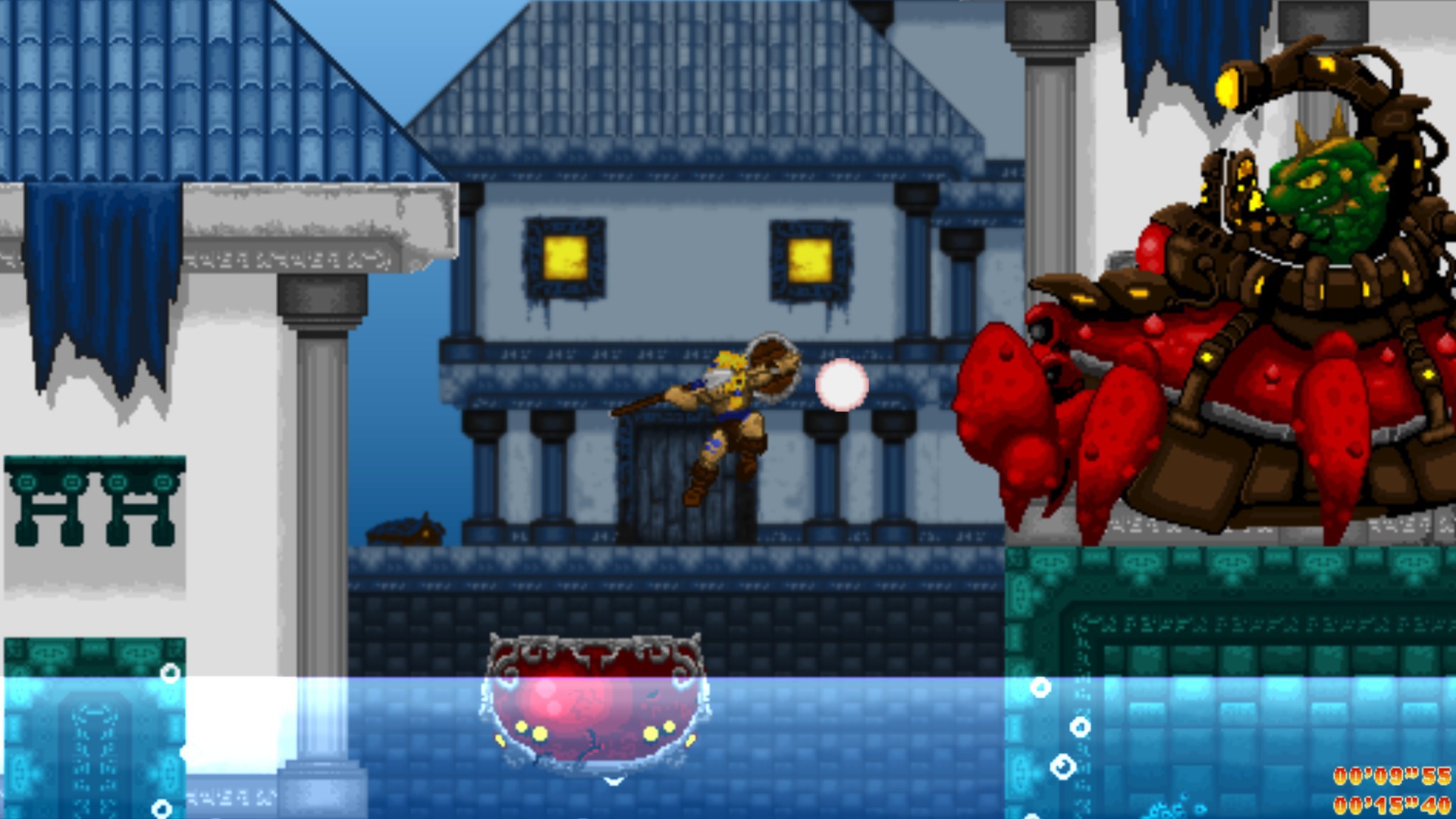 Described in many ways to be reminiscent of certain hardcore 8-bit platformers (Rastan, Ghosts n’ Goblins), I also found a lot in terms of a little game called Rygar in Volgarr the Viking, especially with the amount of jumping around I had to go. The game is very clean cut in what you can and cannot do. You have a sword. You have a spear. The spear is a weapon and also a make-a-platform in several cool cases. You can jump and strike the ground or in the air, and you can sometimes do some cool powerful attacks that only happen once or twice. But, most importantly, you can die. And you will die. A lot. The game is unapologetic and does a huge, huge disclaimer on nearly every website and social media outlet to convey that this game is difficult. I think a lot of people have different interpretations of what difficult means, so let’s break this down for a moment.

There are really two types of hard games: design and design flaw. A lot of NES games, however they’re lauded, were difficult because of technical problems with their creation. Silver Surfer, for example, has bad controls and a weird hitbox, resulting in the game being crazy frustrating. Modern difficult games, such as those of the Dark Souls variety, relish in enemies coming out of nowhere, insane attacks with a very small ratio of survival, and players being able to take a very limited amount of damage before dying (though Bloodborne was more forgiving in this area). Volgarr presents itself in a way that makes you think it’d be a technical flaw in hardness (graphics and such), but it’s pure design identity that makes this game difficult.

Everything that happens in Volgarr is running on a very tight, uniformed pattern that can be dissected if you pay enough attention. The game is a clockwork machination that is carefully, supremely organized in a way to look and feel like the roguelike platformers that have become ubiquitous in many storefronts. And, yes, if you hang around in one area for too long, enemies will respawn and they will come after you with the same level of tenacity as their first incarnation. But keeping moving is the key to survival in Volgarr. Death is less of a punishment and more of an opportunity to see what you did wrong and give you a chance to find out how to do it right. Of course, there’s the penalty of dropping gold (and of course you want the gold, you’re a goddamn Viking), but the invaluable knowledge of how to die less next time is worth the price of admission. 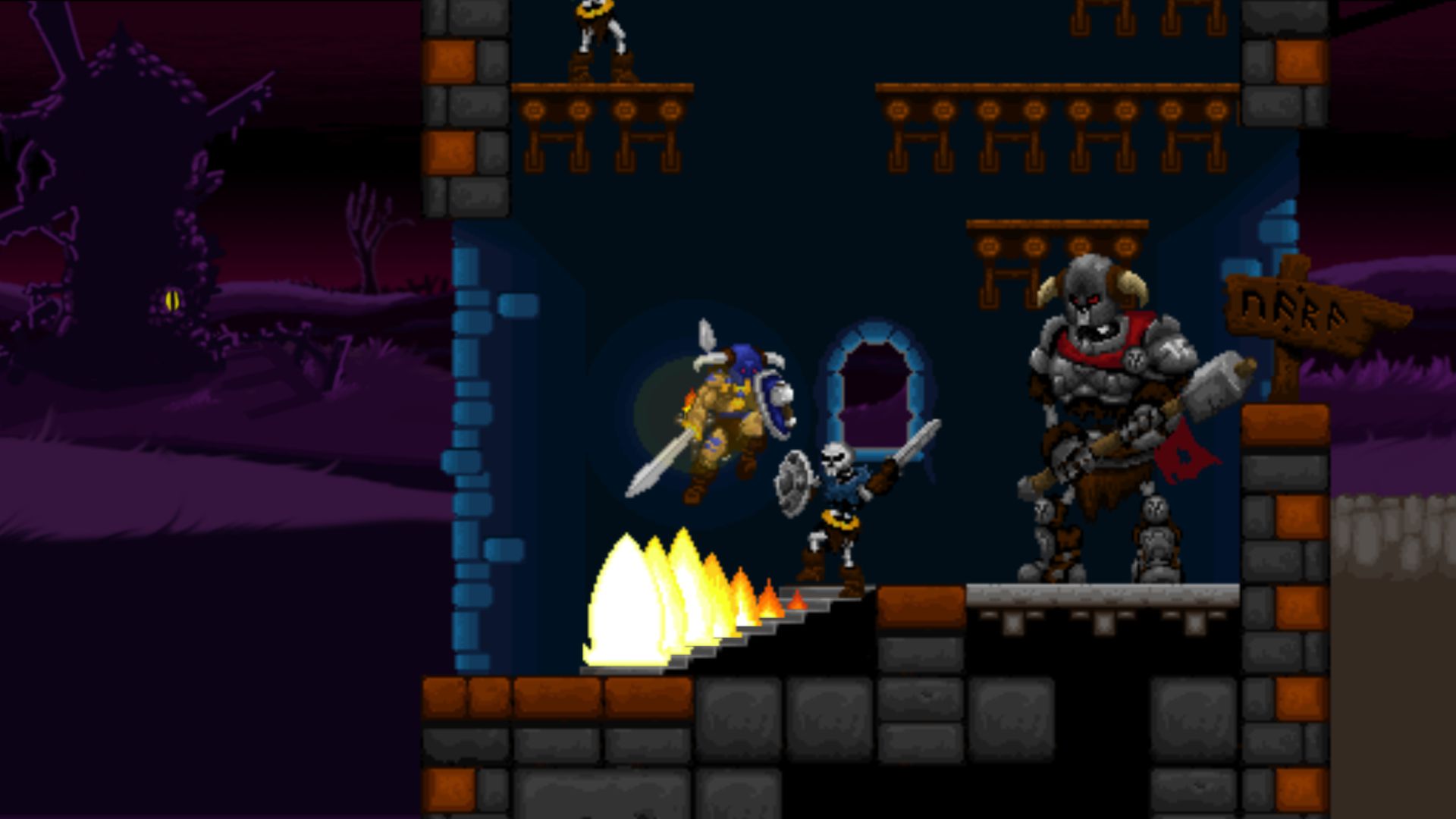 Aesthetically, I love the way Volgarr the Viking presents. I’ve seen a lot of pixel art and retro styles in gaming, but the way Volgarr presents itself is somewhere between the two lines of “throwback” and “modern” with a good balance therein. It’s obvious that the designers really wanted you to look and feel and see things as they could have been on an older system, back when many argue games were more satisfying, but they aren’t trying to mask the fact that you’re playing on a powerful, gorgeous machine (in this case, the Nintendo Switch, though Volgarr is available on most every console at this point). Things are like the viking himself: a really rich and strong effect that is more understated. Vikings don’t cover themselves in polish and sheen for the result of effect: if Volgarr is wearing a dope helmet and carrying a flaming sword, it’s not to look cool, it’s to save himself from a hit and to deal extra damage. It’s the ultimate setup of function and appeal without sacrificing either.

Volgarr the Viking does everything it can to wear its heart on its sleeve when it comes to its intentions. There are skeletons, skulls and blood soaked remains everywhere you go. The game screams that it is difficult from the word go, and accepting this makes it a better time. It’s a game that demands replay and gives it to you, not in the form of cute extras, but in better and faster plays, and, eventually, a better ending, though I argue that a near deathless run is extremely hard to the point of not being worth it. No offense to the developers, but players who simply are curious about the “true ending” of the game might be better off having a quick search online rather than waste hours and ripping out all their hair in an attempt to see what the game intends to be Volgarr’s final fate. But for those seeking a real challenge, take heart: this brutal adventure is the right vessel for you, and you can ride this flaming ship all the way to Valhalla if you choose.