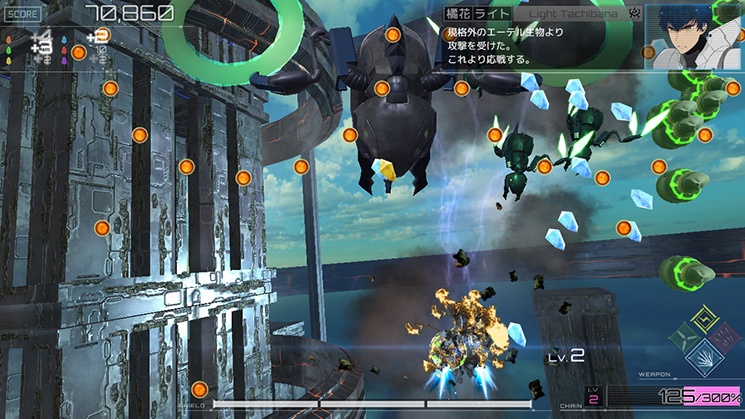 One of the trickiest things for a developer to do is to make a 3rd party exclusive for a console. Especially when it comes to Nintendo, where first party exclusivity (Kirby, Mario, Zelda) makes total sense. These titles are literally machine sellers, and people have been picking up Switches left and right entirely for Breath of the Wild and Mario Odyssey (plus Splatoon 2, Xenoblade Chronicles 2, etc.). But for another company to come in and say “My game is only on the Switch, come and get it!” I feel is quite ballsy. So when the Japanese development studio GULTI games decided to make their new shmup, RXN – Raijin only for the Switch, I was…hesitant.

Let’s take it apart at a base level. The story of RXN is one that you’ve heard in various incarnations over the years. You have a team of three mech pilots in machines they call Paladins, and they’re the defenders of the planet and humanity. One day, they get a signal that indicates some kind of unknown force is moving into Earth’s atmosphere, so they naturally want to go and take care of it. Wildly, a human (?) character is at the helm of this invasion, and is espousing about taking revenge and eradicating the Paladin group because they’re bad guys, which is preposterous: you’re the protagonist, you’ve gotta be the good guys…right? What unfolds is pretty predictable in terms of science fiction when you have a robotic police force that’s helmed by people who believe they’re doing the right thing and don’t question it. Yea, it’s basically Oblivion (the movie, not the game), but that doesn’t mean the story isn’t good.

The presentation of RXN is done through a vertical bullet hell, and, unlike many bullet hell games, this uses proper widescreen presentation: there isn’t any borders like you’d see on Ikaruga or other classics. You have the whole play field to use, and you’re going to want to use all of it. Each of the three ships has their own advantages and weaknesses, with Luna being the speedster, Shin being the technical heavy hitter, and Light as the balanced fighter (and, of course, the leader of the pack). Each ship has four weapons: three have different strikes and elemental powers, and the fourth is a Hail Mary, blitz the screen type attack that eats a third of your shield. I’m gonna start by looking at the artillery, because the variety and use of everything is something I really enjoyed. 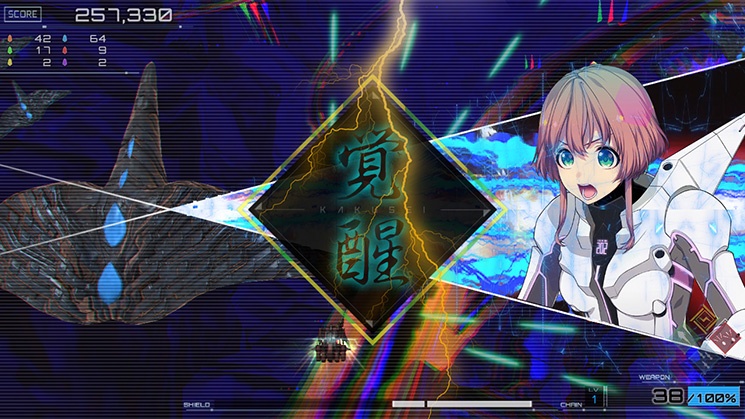 Firstly, the weapons themselves slowly power up as they are used in battle, until they hit a critical level three of destruction, which it maintains for a few seconds before rapidly depleting. This cool meter system gives incentive to keep on shooting, but also to know when to pull back so that the meter can cool off faster and you recharge it faster. The different kind of attacks are totally separate between the three ships, but I really took a shine to Light’s massive sword bullets that did a ton for clearing the area when I was overwhelmed. Shin, on the other hand, had this cluster of homing missiles that never seemed to go to where I needed them to at any given time. Luna herself was just filling the screen with shots, mostly weak, but she also had the advantage to be a bit quicker when it came time to dodge the waves of bullets from the bosses.

The powerup shot of RXN is also really cool, because your shield meter will slowly recharge over time. This giant explosion of an attack is great for cleaning out smaller enemies, but is pretty ineffectual on bosses. I would recommend using this thing early on when you start to get overwhelmed, and keeping up on your dodging regiment so that you can recharge quickly and get another in before you ultimately hit the end of the stage.

The stages themselves in RXN are pretty straightforward: obstacles are few, if any, and enemies are plentiful and shoot back. Do not be fooled by the first level, which is over before you even know what has happened: the game quickly evolves, becoming much broader and longer in terms of time spent out in the shooting range. Additionally, you won’t see the “difficulty” ranking of the different levels increasing until about halfway through the game, but that’s a rather insincere marker of how the levels really are. The skills needed to perform and accomplish everything ramp up no later than level three, and you will need actual technique of bullet hell dodging in order to make it past the bosses, who do a modest job of filling the screen. It isn’t nearly at a Touhou level, but it’s still a workout. 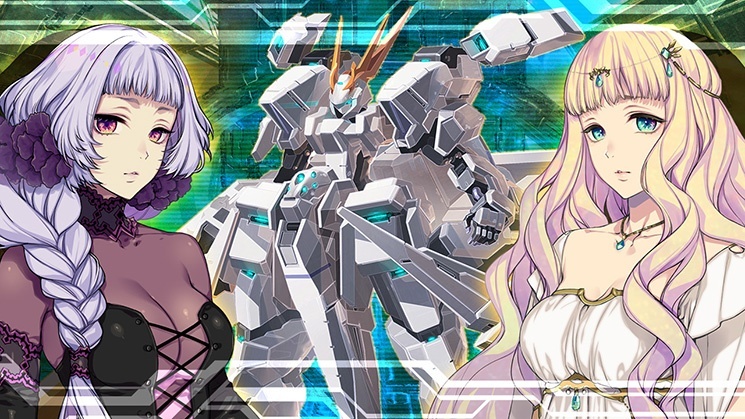 RXN does, however, have a few hiccups. For one, you will see serious slowdown and lag when the screen gets too full. This is something that feels unacceptable on an exclusive title, because there’s nothing to blame this on other than shoddy coding and play testing. This isn’t even something where it happens towards the end, I noticed it in earnest by the second boss and I was docked at the time. My memory card isn’t full, so I don’t know what the problem is. This wasn’t something where the game instantly became unplayable, but it was disappointing, to say the very least.

Additionally, since this is a very story heavy game, it can be aggravating to try and see the text boxes of the commanders, enemies and other pilots that pop up in the upper right hand corner while you’re also trying to dodge a ton of ships and bullets. The game is completely voiced, but it’s totally voiced in Japanese, which I’m guessing isn’t going to help a majority of Western players. The most important exposition does happen when the fighting is over, so you won’t be totally lost, but you’ll lose chunks of dialogue and information along the way. I recommend having a friend play with you so they can narrate the game as you concentrate on not dying. Or learn Japanese, I won’t judge either way.

Still, in the end, RXN – Raijin is a pretty damn impressive shooter. It’s got a good number of stages that have plenty of replay value for higher scores and also leveling up your ship. The story is decent and I did enjoy the characters quite a bit, particularly our antagonist invader. If you’ve got a Switch have the itch to blow some stuff up in a spectacular, colorful fashion, this could be worth the time and money invested. I do hope the developers can patch up the performance a bit, however.