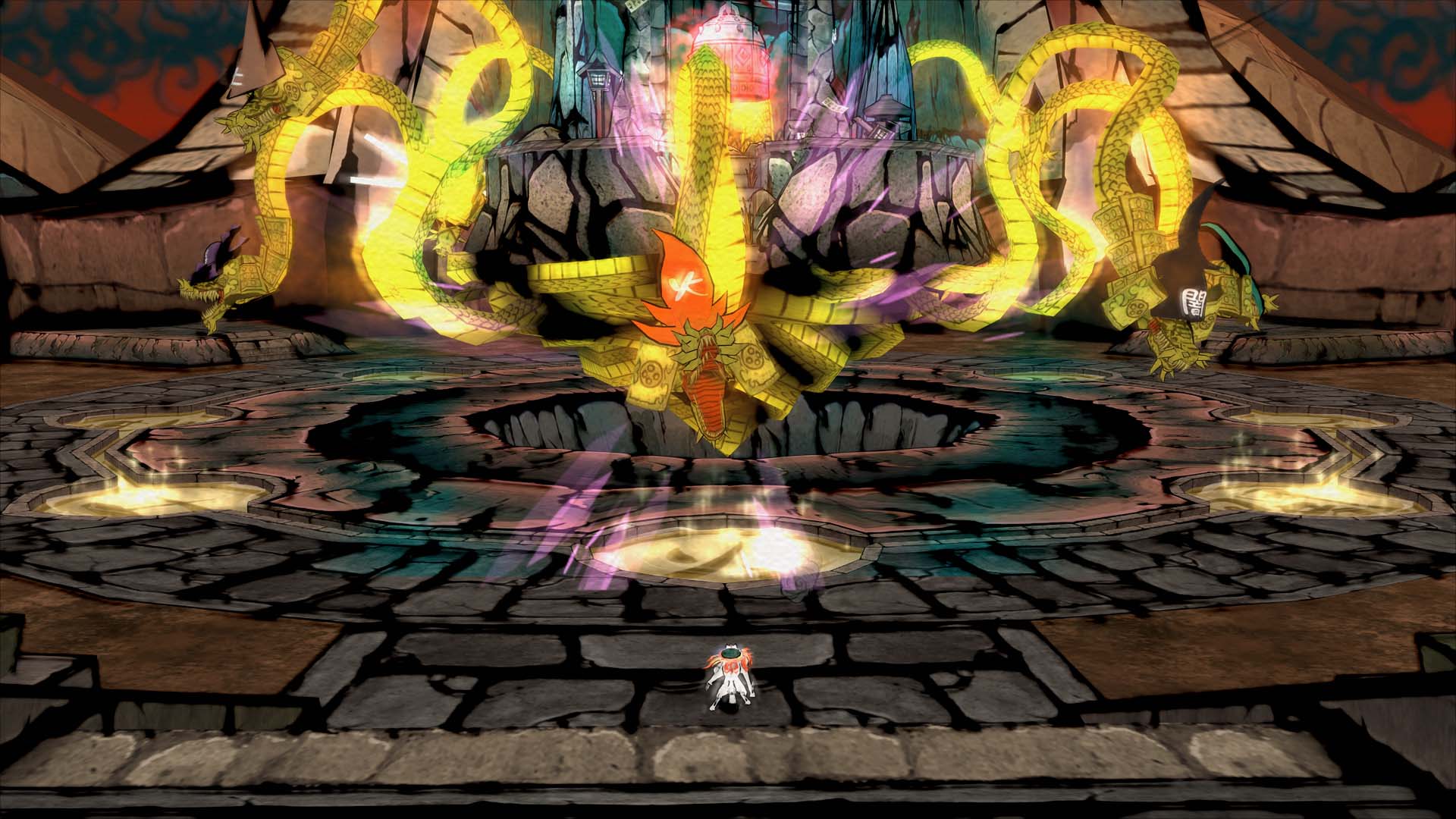 Okami is a game I have loved for as long as I can remember. Following it along three platforms, it has a charm that is hard to top. When I found out that it would be revived once again on current-gen consoles I could not describe my excitement. I, alongside folks who had never played the game before, could experience it with a fresh coat of paint, and with a positive critical reception but disappointing sales figures, it could finally receive the credit it deserved. And while I am happy to report that Okami HD retains the personality that I have been in love with for so long, it still has its issues.

When I first heard that Okami would be remade for PlayStation 4, Xbox One and PC, I wondered how the latest version would be handled in comparison to its past versions. While the original version on the PlayStation 2 was developed by Clover Studios (known for other games such as Viewtiful Joe and God Hand) over a decade ago, the Wii version was created by Ready at Dawn with some problems, such as the at-times unstable control scheme and lack of clear enhancements. The port to the PlayStation 3 by HexaDrive was better received due to clear visual updates and improvements in framerate (in spite of the occasional glitch), and when I found out that they were handling the latest version I felt reassured. My trust was well placed. 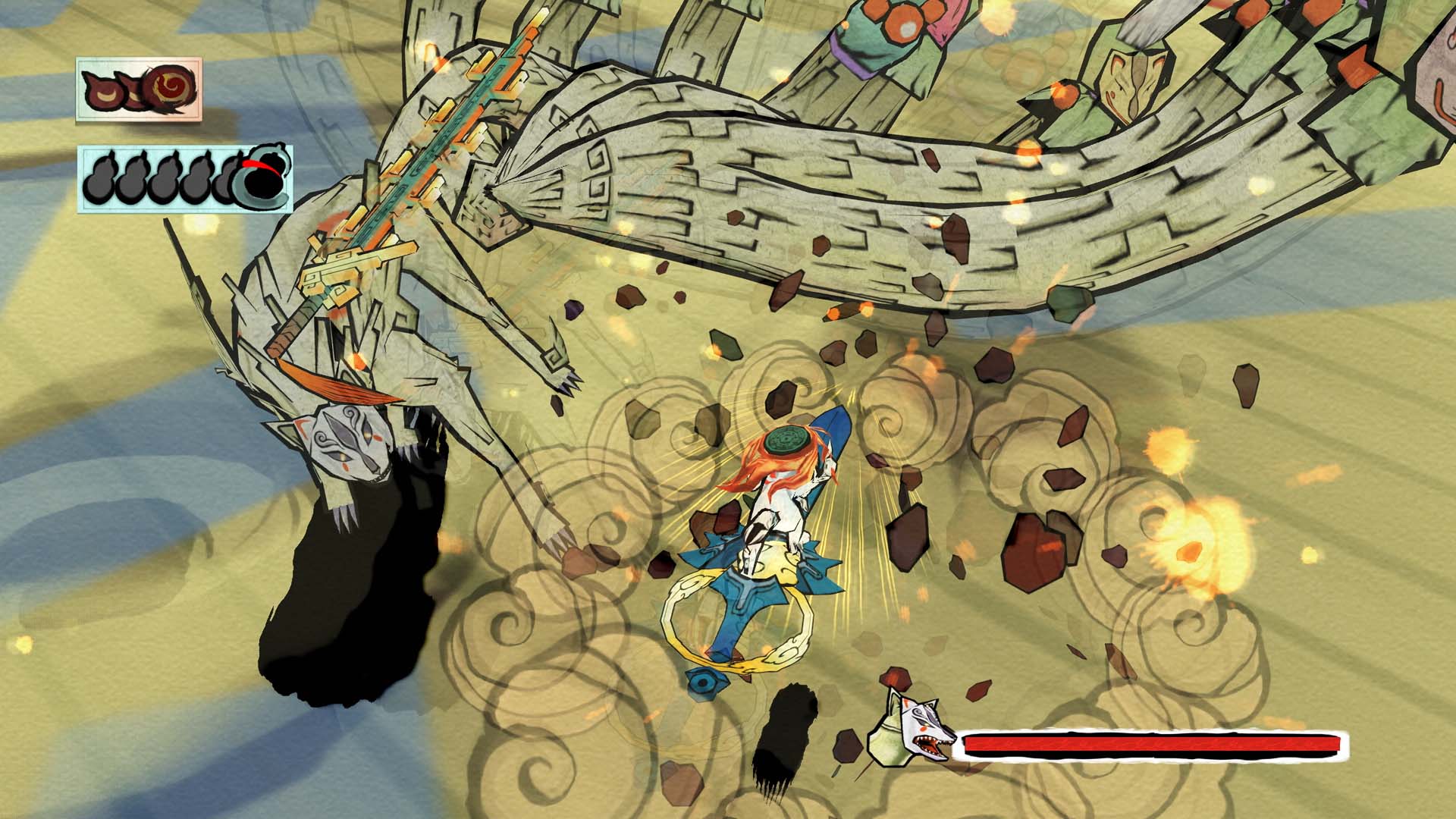 As a player of the original version of the game I was impressed by the updated visuals. On its first console, the PlayStation 2, Okami’s incredible appearance stood out as an achievement for stylised visuals, and they have been updated in a way that further compliments Clover Studio’s creativity, surpassing the changes made in the ports to the Wii and PlayStation 3. Inspired by Japanese ink wash paintings, the cel-shaded style that often blurred in its original state proudly stands out in a way that it hasn’t before. The smooth black outlines and beautiful colour palette make the game feel alive, and a clear improvement in frame rate when compared to past ports helps maintain this.

Add an equally colourful story and cast of characters to these updates and you have a game with endless charisma. The setting of Nippon, a fictional country based on ancient Japan, is inviting and never boring, welcoming players both old and new. The story is heavily inspired by Japanese mythology and you play as the goddess of the sun, Amaterasu, in the form of a wolf. Your goal is to restore peace to Nippon after your mortal enemy, Orochi, is accidentally awoken, and to do this you must retrieve your lost Celestial powers and gather the strength to face him. On your quest you encounter many wonderful characters, with one joining you from the beginning: a tiny figure called Issun. This character is somewhat controversial; while many players, myself included, see him as an important narrator in the story with a lot of personality, he can easily be perceived as annoying or unneeded, and I cannot say which side of the fence you will end up on. At the very least if you end up in the latter team there are many other characters to enjoy, varying from a mysterious feminine prophet to a bizarre dojo master.

While the updates to the visuals is a welcome change, I wish the same could be said for the gameplay, which hasn’t changed at all when compared to the PlayStation 3 version. The game has always leaned towards easiness when it comes to combat, and this remaster offers no improvement for this. With three different weapon types to choose from, some of which damage enemies constantly, Okami can at times feel far too easy even towards the end. There are items that maintain your health and ink (effectively the game’s form of mana) and I must recommend that new players avoid using Exorcism Slips or Steel Fist Sake, as these can kill enemies in a ridiculously short amount of time. A feature I always wished for in Okami was a hard mode, and there isn’t one to be found here. 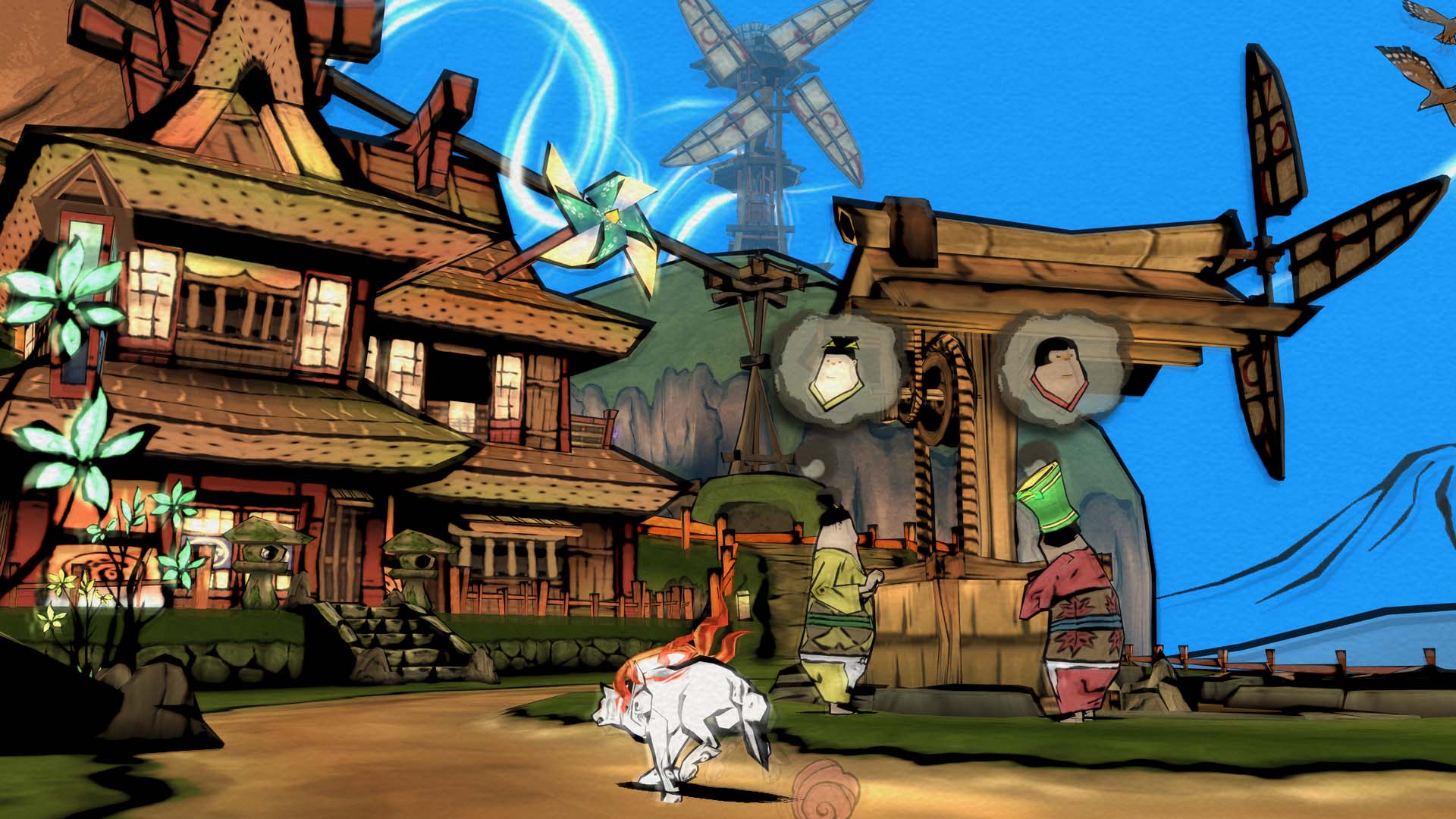 There is also the Celestial Brush mechanic, perhaps the most unique aspect of the gameplay. In order to use Amaterasu’s powers, specific brush patterns have to be made with the controller of choice. It works fine in the remaster, but there are no clear updates to it functions. The problem with brushstrokes not being registered as precise enough, an issue that has always existed in the game, persists. While combat has the issue of easiness however, exploration of the world and dungeons can be fun, especially when the powers you gather throughout the story are implemented. There is also the magnificent soundtrack that is great in both quantity and quality, and it is still a treat to listen to even on its own.

Overall while some gameplay features with room for improvement were kept the same, the refinements presented in this remaster allow the game to flourish in a modern quality that suits the game’s individual charm. Whether you have played it before or are a new player, I highly recommend that you experience Okami with its updated shine.

The refinements presented in this remaster allow the game to flourish in a modern quality that suits the game’s individual charm.