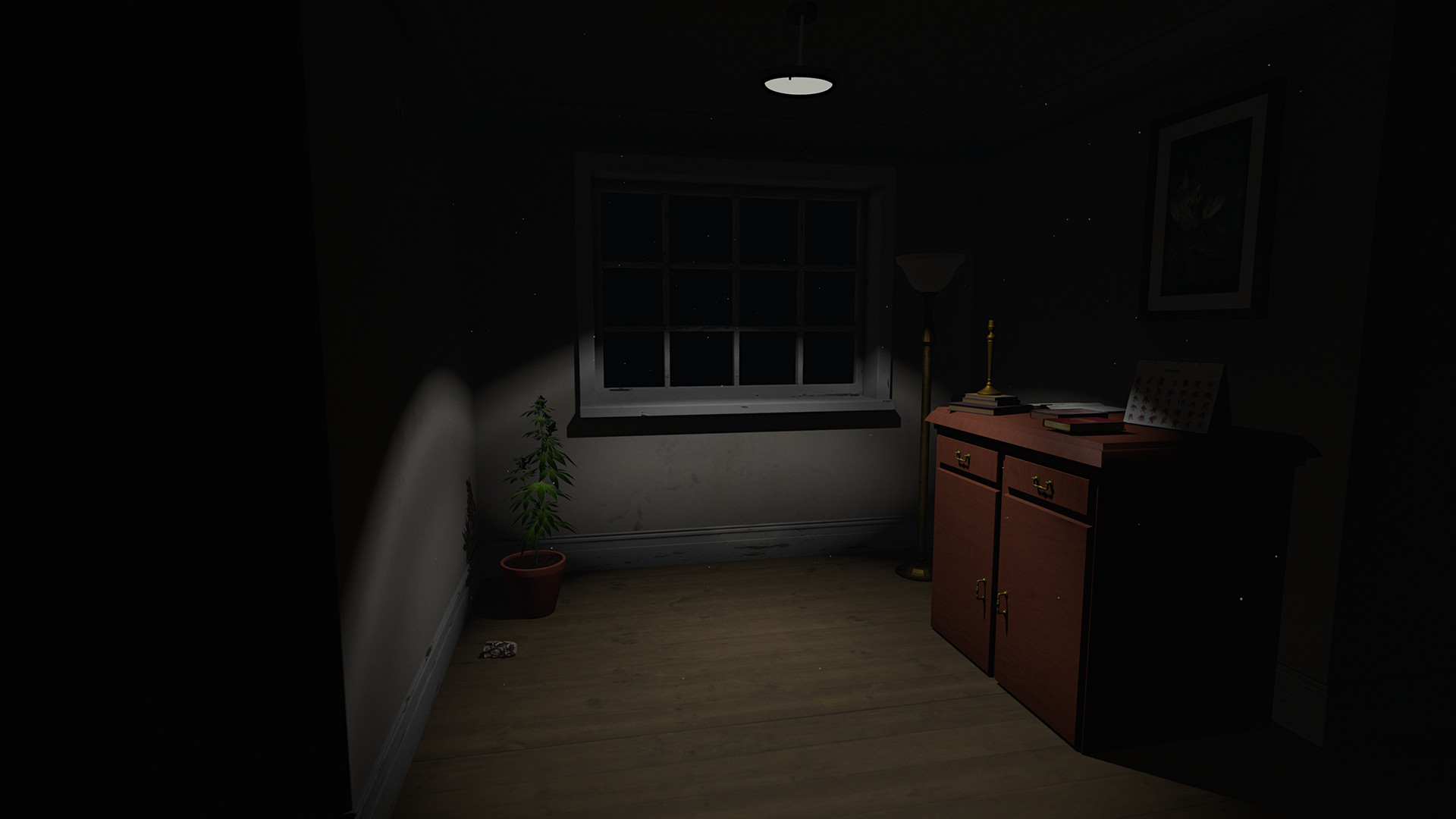 Delirium is an ambitious, PT-inspired video game with Psychological Horror themes and Adventure-style clues. It’s a Story Rich narrative about the main character’s descent into mental illness, and the things that drove him there. It’s a very short experience — it only took me around 30mins to beat the title, and that was at a casual pace. But Delirium is obviously a love letter to the genre, and the dynamic within. Released on August 31st, 2017, from Night Whale, this Indie title encourages exploration and taking the time to stop and smell the roses. There’s plenty of narration, and the lack of a Save feature further encourages the player to consume all Delirium has to offer in a single sitting.

The player begins in a heavily shadowed room, where a notebook awaits on a bench. Inside the journal, the player is treated to the first glimpse into the trouble mind and unusual experiences of the main character. Up ahead, a simple door leads into the protagonist’s home, which has a handful of rooms available for exploration. The environment is fairly basic, as is typical for smaller titles made in Unity. Thick shadows obscure the edges of spaces, and books, candles, and other personal effects litter most surfaces. The trouble is that Delirium has minimal content, which includes minimal puzzles; the solution to the first locked door is very easy to find. The second passcode puzzle I stumbled upon only when I dropped my resolution and texture details way down. The special effects aren’t very optimized, and my PC struggled to handle two instances of fire in a small space. 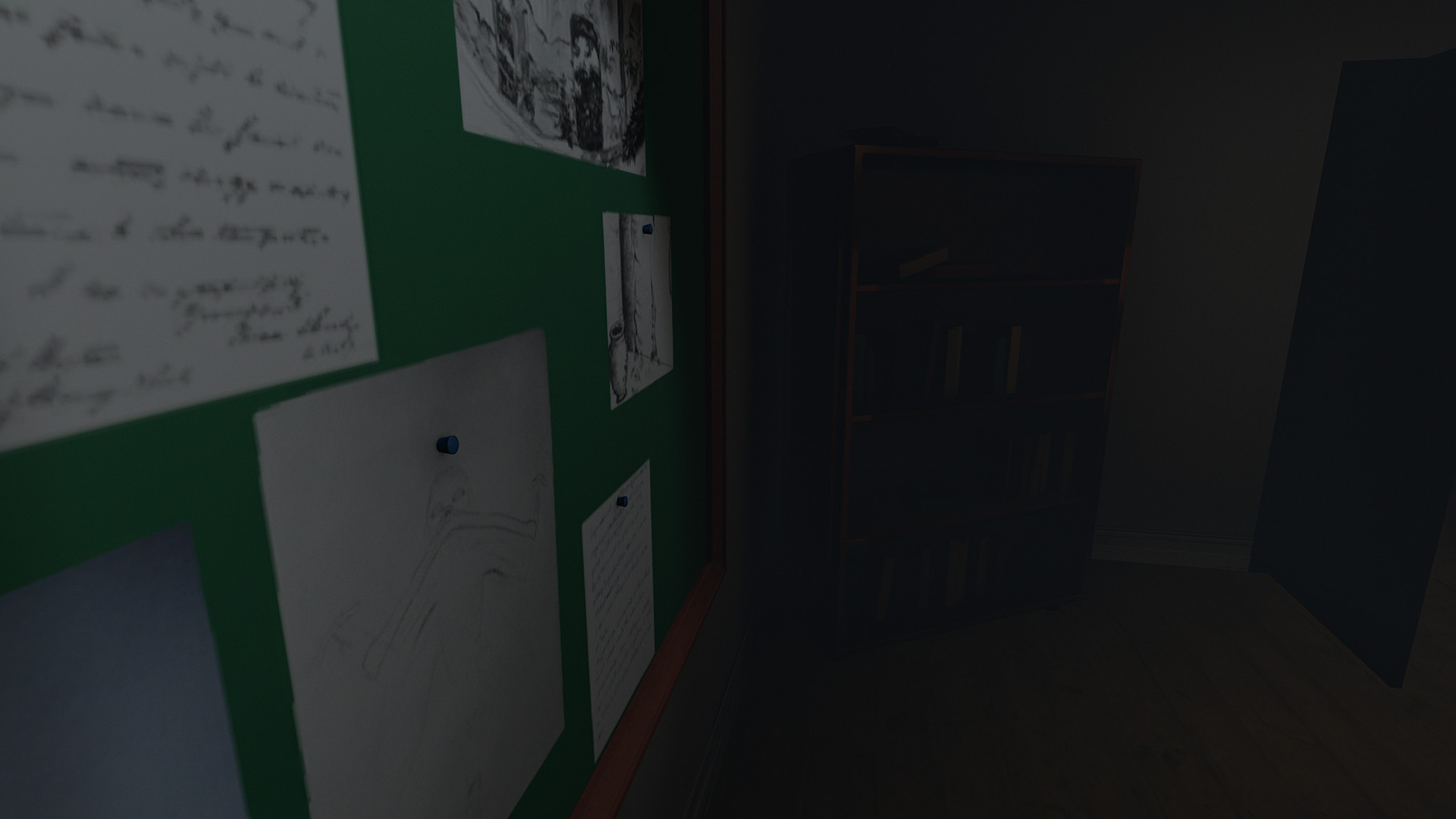 The rest of the progression is just a bunch of steps — visiting one room eventually triggers a door unlocking, and so forth. There are elements of artists’ tools and work, which lent a feel reminiscent of Layers of Fear. There are also religious artifacts and references through the space. The villain of the game seems to be a creature or thing called “The Nun,” Which first appears as an inanimate object locked in a glass box. Once the Nun is loose, the ominous feeling of creeping around the shadowy space definitely increases. Meanwhile, there are a handful of journals scattered here and there, which paint a tragic portrait of the backstory. The trouble is that the amount of reading required to get the full story from these journals detracts from the suspense of the experience. Delirium exists somewhere between creepy, atmospheric Psychological Horror, and a slow-paced, unthreatening Story-Rich Visual Novel.

Our protagonist has had a rough life, and his struggles with depression feel believable. It was refreshing for a video game to attempt to portray mental illness in a fairly accurate, neutral sort of way, where the character himself acknowledges his issues but also his quest towards resolution or at least “getting by.” But the added details about strange occult happenings and odd visitors muddle the water, and I left my playthrough wondering if those people were meant to be literal or if they were the author’s imagination. This becomes increasingly frustrating, and eventually, an incomplete, abrupt ending leaves more questions than answers. 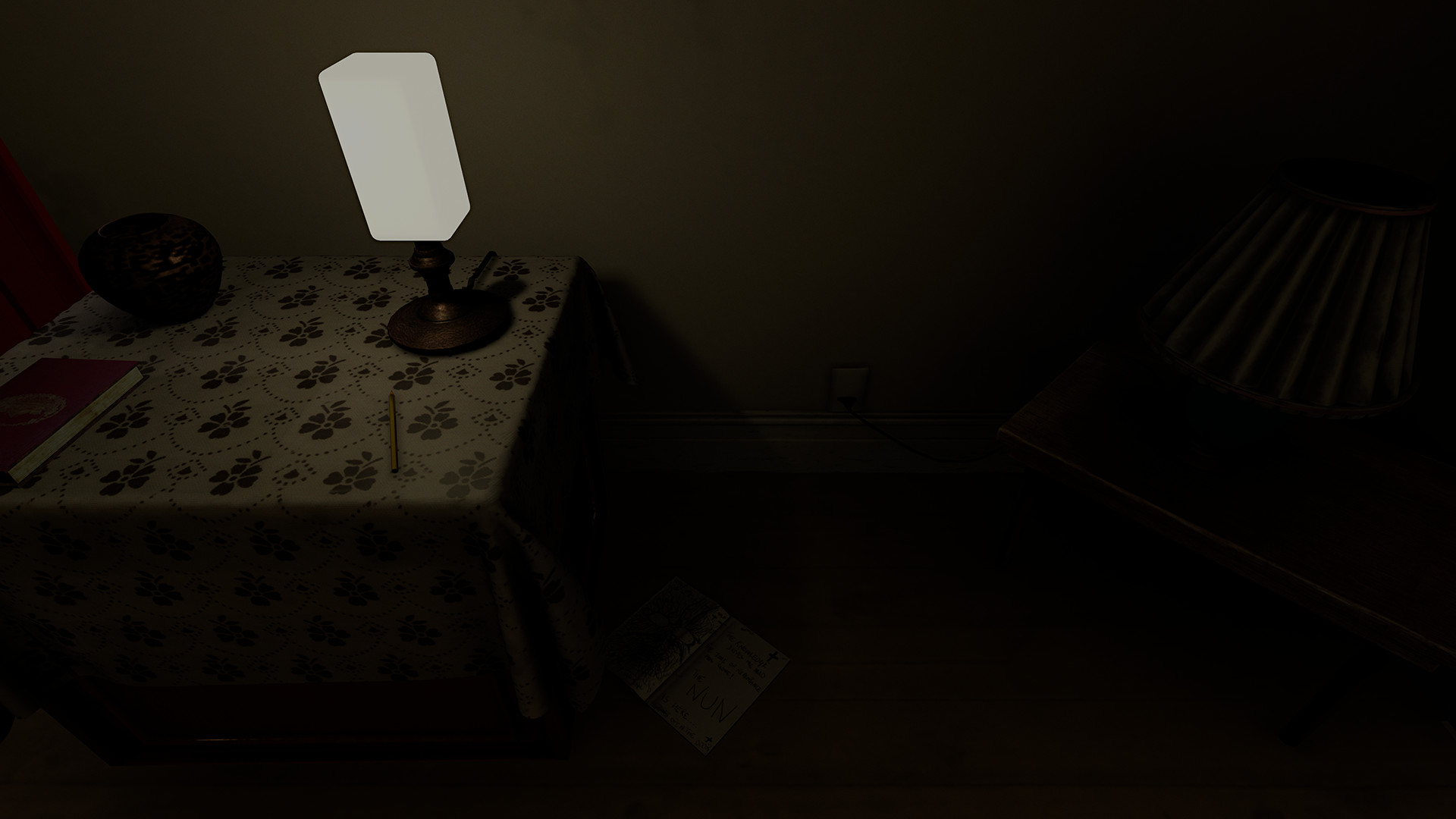 I don’t want to spoil the ending, but the application of a jump scare towards the later parts of the game just felt weak. It was a cheap shot, especially when Delirium had done a good job of building suspense and an unnerving atmosphere before then. I actually spent almost an hour searching in vain, convinced that I had missed something because the ending was so uncertain. It did say “The End” in the dialog, but then it recycled me back to the beginning of the level without any explanation; I assumed I had done something incorrectly. It wasn’t until I finally gave up and looked for a video walkthrough that I discovered I had already seen the full ending. It was unclear and too abrupt, and it went a long way to undo much of my overall enjoyment of this experience.

Delirium tries very hard to emulate aspects that other, more successful Psychological Horror titles have accomplished. The labor of love is obvious, and some increased optimization plus a more concrete ending would help considerately in improving its score in my book. The sounds and graphics are fairly rudimentary, plus the short duration might be further deal-breakers for some players. In the end, Delirium plays a lot like an unfinished demo, and I hope that the one-man team behind this title will continue his efforts towards bigger projects. The genuine love of Horror is readily apparent, but the overall quality and satisfaction level achieved by Delirium just isn’t enough to recommend it to fans of the genre and style.