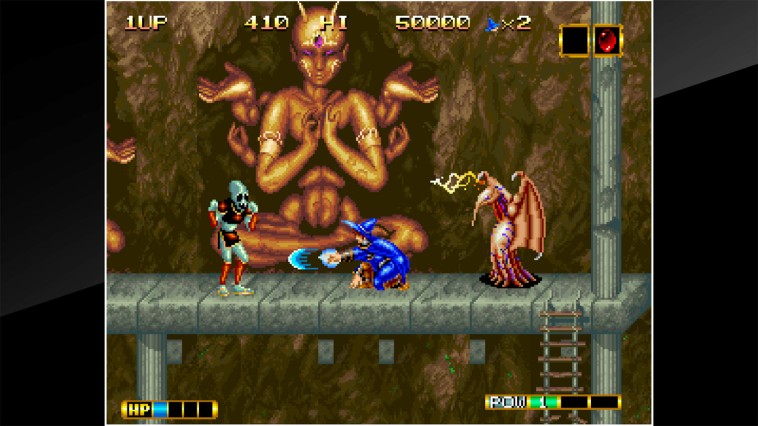 I think there was a period of time when you could throw around the word “magic” and really have it mean anything. I mean, I distinctly remember a handful of SNES and NES games being about wizards and warlocks and such, but that just meant you threw projectile weapons instead of swinging a sword. Nowadays, if someone is labeled as a magician, they need to practice several different spheres of magic, have different disciplines, understand elemental weakness and either rely on needing ingredients or having a finite number of times they can cast spells based on some kind of bar. Well, Magician Lord takes place long before those caveats existed, and, as such, you gotta take the name with a grain of salt.

There’s not a ton going on in terms of story for Magician lord. Without being glib, you are a magician who is dealing with this all powerful wizard who’s kind of a dick and wants to subject the entire world to evil. You’re not very interested in allowing that to happen, so you take your magic(?) and go after him, defeating a lot of his undead and magical henchmen along the way. Thankfully, you have the ability to change into different beings to support your quest for justice and peace. I mean, you can’t turn into them at will, but it still exists. 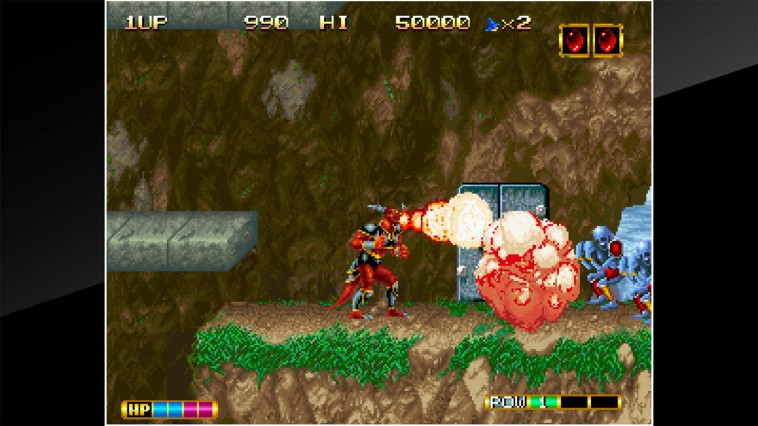 Magician Lord has this weird mechanic where “magic” means that you throw waves of energy at your opponent from a distance that isn’t limited. Literally, if you throw a wave and then are fast on your feet, you can follow it for screens and it flies on ok. The enemies, in turn, often die before you even encounter them, but some have adapted to…block. And those enemies are the most annoying, because they block until you’re within their striking distance. A lot of the monsters rely on melee combat, so they need you to be nice and cozy so they can smack you about the head and shoulders at their own leisure. Naturally, since this is the NEO GEO, life is limited to two hits before your wizard collapses, which is at least accurate to how many times you’d need to hit an actual wizard.

The transformations add two extra points to your health meter and fully heal you, so there’s more than just added good looks and powers to getting the bonuses in Magician Lord. The different kind of transmutations are pretty much what you’d think of when it comes to NEO GEO magic: ninjas, dragon men and the like. The dragonman trades long distance attacks for short but strong fire breathing, the ninja throws shuriken at two angles at once and neither can stand getting run into more than twice. There’s also turning into a high jumping dude, a samurai and a couple others, but none of them last long and all just leave you frustrated once you turn back into the wizard. As a game mechanic, it’s interesting, but as someone who expects more out of a wizard I’m a bit disappointed.

The controls also just feel a bit…not great. As a game, Magician Lord relies on the basics: jump, attack, climb a ladder, but there’s something incredibly off about the fluidity of the game. The magician is very stiff and janky, moving like the developers just flipped two panels back and forth very quickly instead of remembering all the steps inbetween stepping. When the zombies come rushing at me, it seems more like they’re gliding than shambling, and the bosses (or “servants of Gal”) toggle swiftly between standing still and being right on top of me. I understand that gaming is an evolution, but it’s weird to pick up a title, on something like the Switch, that is certainly stuck between forms. 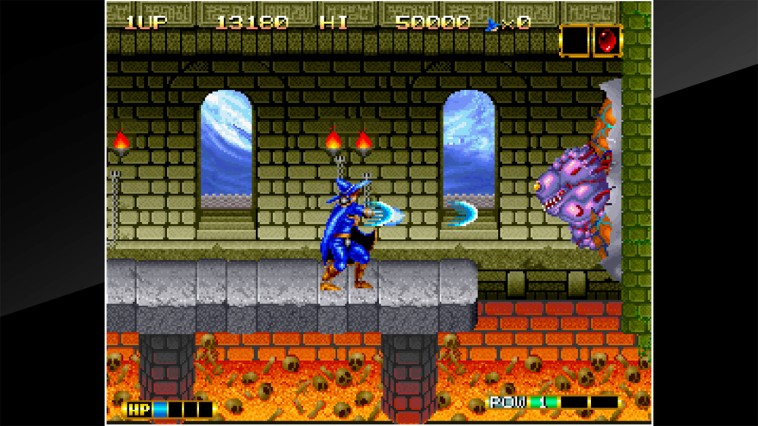 The entirety of Magician Lord can be played in under two hours, which shows it was designed for the home play more than the arcade. But the coin resurrection system, therefore, feels even more out of place. Rather than the coin start you at the beginning of the level or at least the beginning of battle, it literally re-creates you in the heat of where you fell, with the exact same amount of damage already dealt to the bad guy. It was super anticlimactic for me to die with one hit left on the fourth stage boss, then have Gal mock me at the continue screen, then be reborn, strike the monster once and call it a day. That’s how a hero gets a complex.

Magician Lord is one of the more unique titles for the NEO GEO, but I can’t say for certain if that’s a compliment or not. Breaking away from traditional brawlers, fighters and shooters, Magician Lord is like an RPG-lite, if the only criteria for an RPG was having some kind of fantasy backdrop. I can’t fully say that it’s worth the price of admission, but it’s different, and I can say the NEO GEO always needed a bit more to it. Don’t expect to see the Caravan mode leaderboards lighting up for this title, but you still might get a kick out of commanding Waterman to douse your enemies.