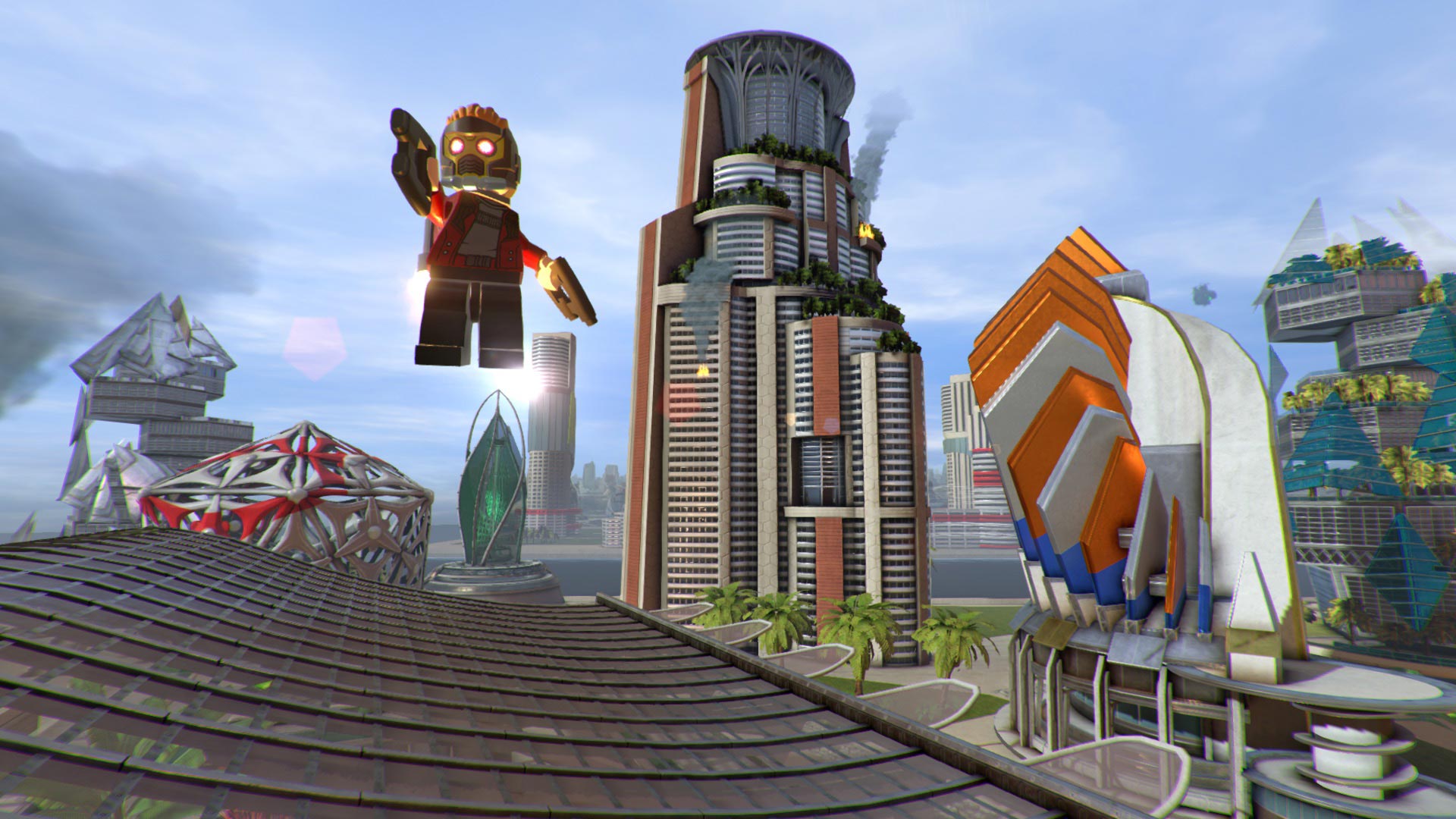 Lego Marvel Superheroes 2 is Traveller’s Tales’ third outing to the Marvel universe, it’s a sequel to the 2013 smash hit Lego Marvel Superheroes but this time without the X-men and the Fantastic Four, It has an original story with the biggest character roster yet. The game truly evolved in to something truly special.

The story sees the Marvel Heroes take on Kang the conqueror, Kang is known as one of the most a formidable villains in the Marvel Universe, he’s willing to use time manipulation to cause chaos within all realms, he uses his powers to collect shards from different timelines and realities in the marvel universe, conquering all the iconic cities and then merging them into one place: Chronopolis, a city under his ruling. It’s down to the Superheroes to stop Kang The Conqueror and the story will be played through 20 levels. The story was entertaining with great voice acting superb cut scenes and it  didn’t feel like a snooze fest. The pacing just felt right.

You start the game with the Guardians but you’ll get the opportunity to play as other A-list Marvel heroes like Spider-man, Iron-Man, Thor, Captain America, Hulk and many more as you progress. You’ll get to unlock more Heroes and villains whenever you discover them during the story or post story missions. Unlocking characters will cost the studs you collect in the game so it’s best to find to right spot to farm them. 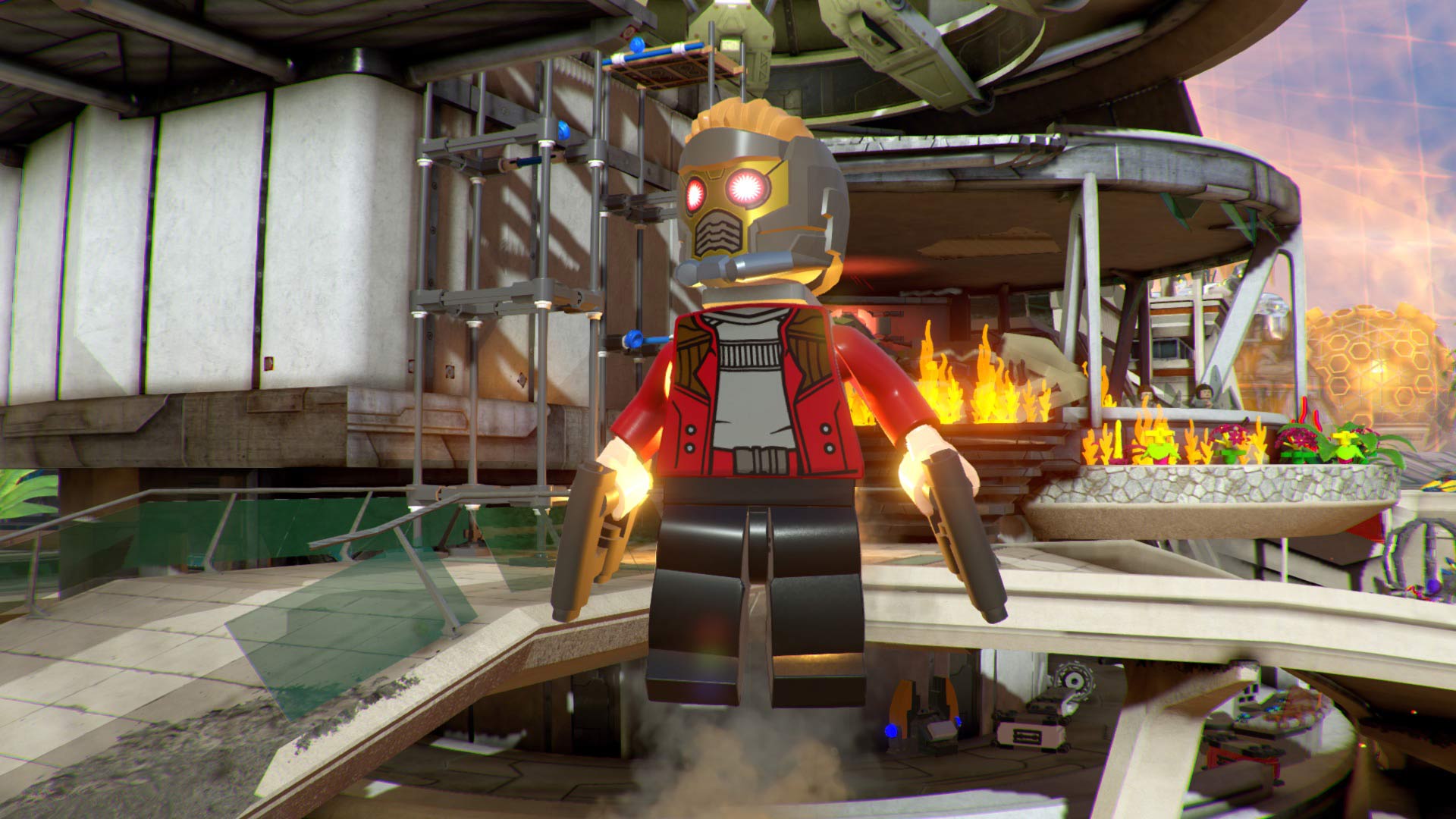 You get to explore 19 locations including Ancient Egypt, The Old West, Sakaar, New York City Noir and many iconic locations in the Marvel universe. There’s so much characters to unlock and plenty of replay value to keep you busy for hours. You can also explore through the open hubzone of Chronopolis and complete challenges and post game missions. There’s plenty of rescue missions that show up on your radar.

The gameplay is familiar to previous Lego Marvel games with a few adjustments, each superhero get their own unique ability, these skills may also be required to use when it comes to solving certain puzzles or getting pass certain obstacles. As Star Lord You get to play classic 70s music and start dancing and get others to dance with you, you also abilities to shrink with Ms Marvel and manipulate time with Dr Strange. My favourite feature in the game was taking selfies with spider-man, I took plenty of shots of all the areas in the game. A feature like this can really make players appreciate the beauty of the game. As much as the platforming and puzzle solving is great the actual story levels still have a static camera like the previous Lego Marvel games, it’s a little unfortunate because you can move the camera freely in third person In the open world hub of chronopolis but don’t get that same freedom with the story levels. Although the game is child friendly It can also be complex at times. The boss fights were combat and puzzle based and some of the fights felt predicatble. You also have the ability to fast travel to different areas when you open the map from the pause menu.

The game also brings a new four player competitive multiplayer mode in the battle arenas, capture the infinity stones is a game type that will remind you of Power Stone, you battle other players to capture the infinity stone so you can accumulate points and gain bonus points by wiping them out. The player with the most points once all the infinity stones return to the gauntlet wins the match. It’s pretty simple and well-balanced, colour clash is a splatoon style game type, you run around the arena applying colour to gain points, you gain bonus points when you wipe out your opponent, the player to gain the most points wins the match, the story and free roaming has local co-op via split screen so your friend can pick up a 2nd controller and join the fun. 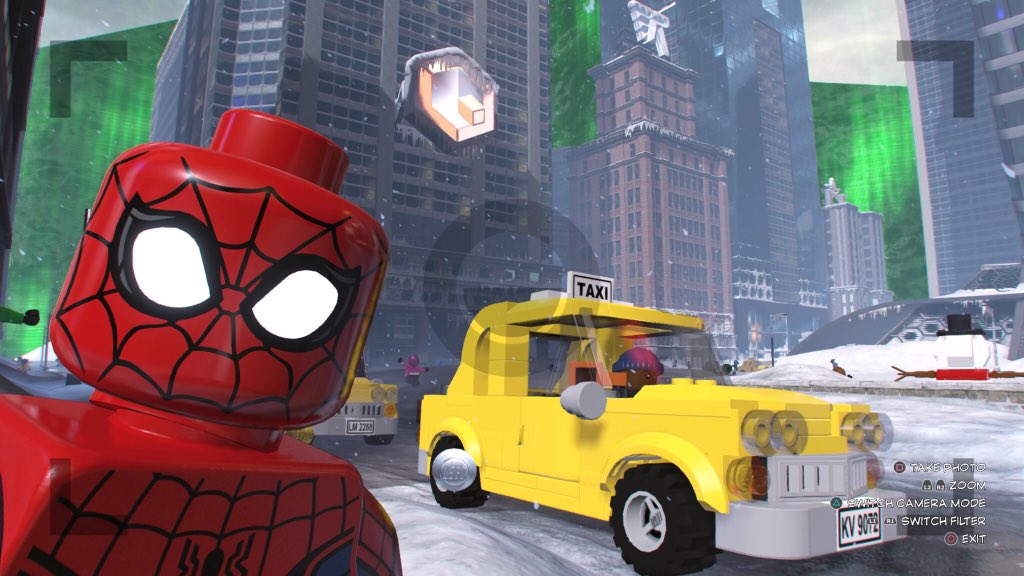 The graphics in Lego Marvel Superheroes 2 are stunning to look at, since the game isn’t available on last gen consoles like the previous 2 Lego Marvel games, it really takes advantage of current gen hardware. The environments look lush and beautiful especially in Wakanda and Asgard, the lighting looked great and it really adds that extra shine and detail on the Lego figures, the weather effects look fantastic especially the snow in Manhattan. Manhattan Noir was my favourite area to explore. The water effects looked amazing especially when you’re swimming underneath. The cut scenes alone made me feel like I was watching a high budget Lego Movie

Lego Marvel Superheroes was a joy to play from start to finish with some memorable moments, the story was well written and the  game had a decent soundtrack. The overall game is addictive and you’ll be playing this game for a large number of hours if you want to unlock everything and get the 100% completion. This is the best Lego game made by Traveller’s Tales and I would love to see what they bring in the future with other franchises.