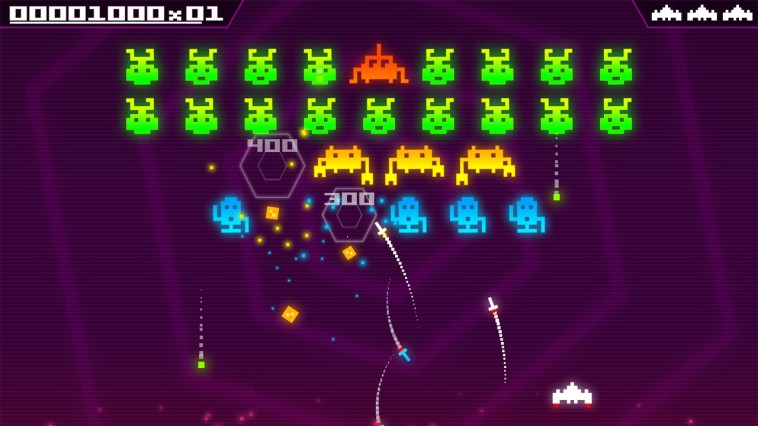 Despite its rather complex and confusing title, Super Destronaut 2: Go Duck Yourself is fairly simple in its design and premise. However, this does not speak to the layers of fun which this game possesses. Though it is not exactly original, clearly taking its inspiration from the arcade classic Galaga, it has a certain level of depth that goes beyond its spiritual predecessor. In short, it’s an exciting title that is certainly worth playing.

Its graphic design is 8-bit, and it intentionally takes on a more old-school look.  However, this game masterfully blends an old-school appearance with a more modern touch which creates very unique and colorful backgrounds and animations. Enemy designs are simple, but unique, and it is relatively easy to distinguish which attacks are coming from which enemies, so gameplay is not prohibited in any sense by the game’s graphics. This game features many levels, which are actually just the same background with different music. Nevertheless, the music and audio effects are generally pleasing to the ear, making this game fully adequate in the auditory and visual departments. 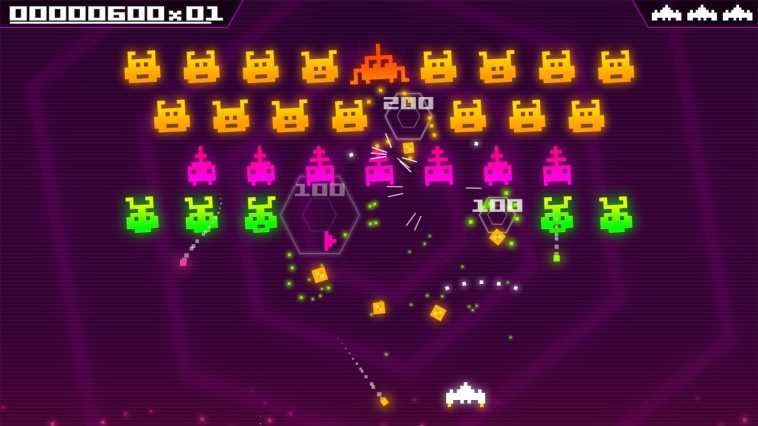 As one could guess by its Galaga-esque graphic style, this game takes much of its gameplay mechanics from this arcade classic. The character controls a single spaceship at the bottom of the screen, moving it back and forth to evade attacks from alien enemies (I guess they’re aliens…) and launch rockets in order to defeat them. Each enemy has a different attack style, appears in different quantities within each group, and has different levels of endurance to the player’s attacks. Of course, this game adds its own unique touch to the genre. Enemies occasionally drop power-ups, which can give the player the ability to kill enemies with one shot, shoot multiple shots at a time, or shoot more quickly, among other things. This forces the player to play strategically, weighing the risks and benefits of going for a power-up while dodging attacks from the alien invaders.

This game also features numerous modes which add to its replay value tremendously. The first of these, classic mode, is the primary mode of gameplay. The player is given three lives, with one shot from the enemy taking one life, and is tasked with lasting as long as possible, accruing more points along the way. Invaders mode is largely the same; in fact, I was actually unable to determine what the difference between these two modes is. My guess would be it has something to do with how points are calculated, but this is not made explicitly clear. In any case, both of these are fun introductory modes which allow the player to learn the basics.

The next two modes are a bit more challenging. In time attack, the player has a sixty second time frame to destroy as many enemies as possible, with more time being added to the clock with each wave of enemies that is cleared. The biggest endurance test comes in the form of hardcore mode, in which the player is tasked with defeating as many enemies as possible with only one life. Both of these modes highlight the skills most required to excel in this game. Players must be focused, not getting distracted by the sensational overload of color, noticing which enemy shots to avoid and noticing which items to collect, all while avoiding the tactic of stalling for time whenever there is a time limit. In addition, there is a multiplayer mode, which is basically just one person playing classic mode and then another person playing classic mode after that person finishes. So you can in essence play multiplayer mode by yourself if you wanted to. So that’s pretty neat. 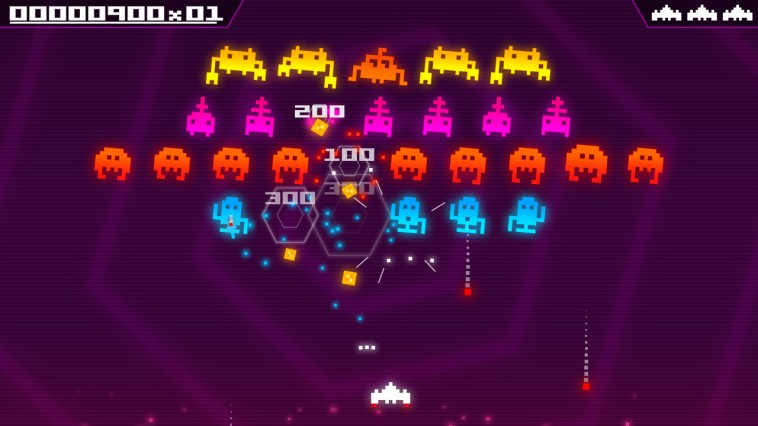 One unique feature which stood out about this game is the random enemy pattern generation. Each new wave of enemies, regardless of stage or mode, is completely different from the last, leading to a completely different pattern of enemy activity and power-up drops. This adds highly to the game’s replay value, as players will find themselves coming back over and over again in an attempt to discover new enemy arrangements, finding which enemies they perform best against and in what positions. I have found that the constant moving back and forth is a little taxing on the left thumb, which I guess might be problematic if you have weak hands, but in general the addicting level of fun is enough to make this discomfort worth overlooking.

All things considered, Super Destronaut 2: Go Duck Yourself is an outstanding game. It lacks any noticeable flaws, though its largely copied premise does prevent it from being in the upper tier of potential Wii U games. I also haven’t been able to determine the significance of the titular duck, who appears after the player loses and does not much else. But that aside, this game is fun and addicting, and ought to be considered by any and all Wii U owners.