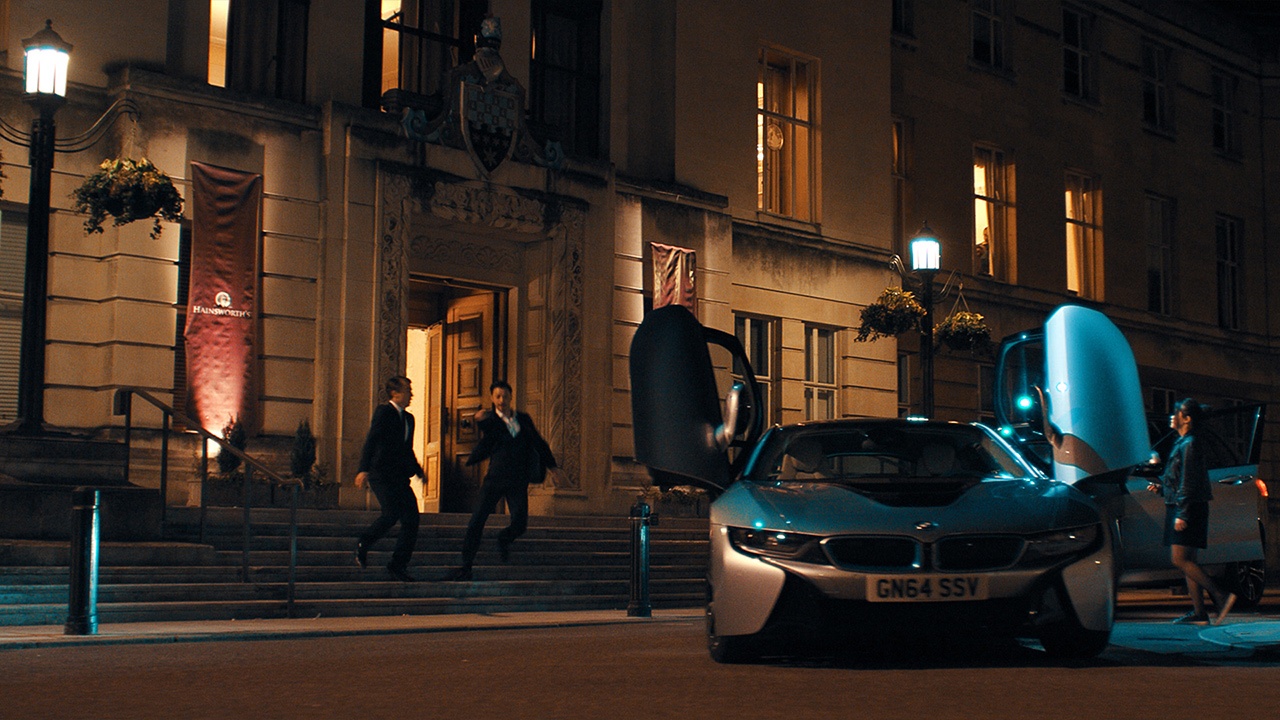 We’ve all made decisions in our lives that, when you look back at the events that have unfolded, you wonder what the outcome may have been had you decided on something else. In Late Shift, a full-motion video crime thriller, developed by CtrlMovie with publishing from Wales Interactive, you have the opportunity to make these decisions and, if the outcome isn’t what you would have wanted, have the chance to experience what would happen if you made another choice; all with no consequence to you or your actions.

Out now on the Nintendo Switch, Late Shift puts you in the shoes of Matt Thomson, a college student who studies mathematics, as his life unexpectedly spirals out-of-control based on the decisions that you make. Whilst working the late shift as a car-park attendant, Matt inadvertently becomes involved in a heist that quickly descends into London’s, rather vicious and violent, criminal network; a journey that sees him begin to question his own actions as he loses control of the events that transpire around him. Whenever he is faced with a choice, it is up to you to decide on his response, or action, in which every decision, from the beginning to the end, can have a very real consequence on the outcome of Matt’s fate.

Filmed entirely in London, this high-definition production flows seamlessly as you follow the story of Matt’s demise, or redemption, in this stylistic thriller which was penned by Michael R. Johnson, the co-writer of Guy Ritchie’s 2009 movie, Sherlock Holmes. With over one-hundred and eighty decision points, this interactive movie continues to roll as you are faced with a time-limit in which to make your choice of Matt’s actions. This mechanic to Late Shift’s gameplay produces a title that flows seamlessly with no pausing or repeated loops in its presentation. Do you do as you’ve been told, or run away? Will you go along with the planned heist, or find an opportunity to scupper the plans? It’s your choice and with only seconds to decide, adds a realistic sense of urgency to the proceedings as you watch the consequences of your actions unfold around you. 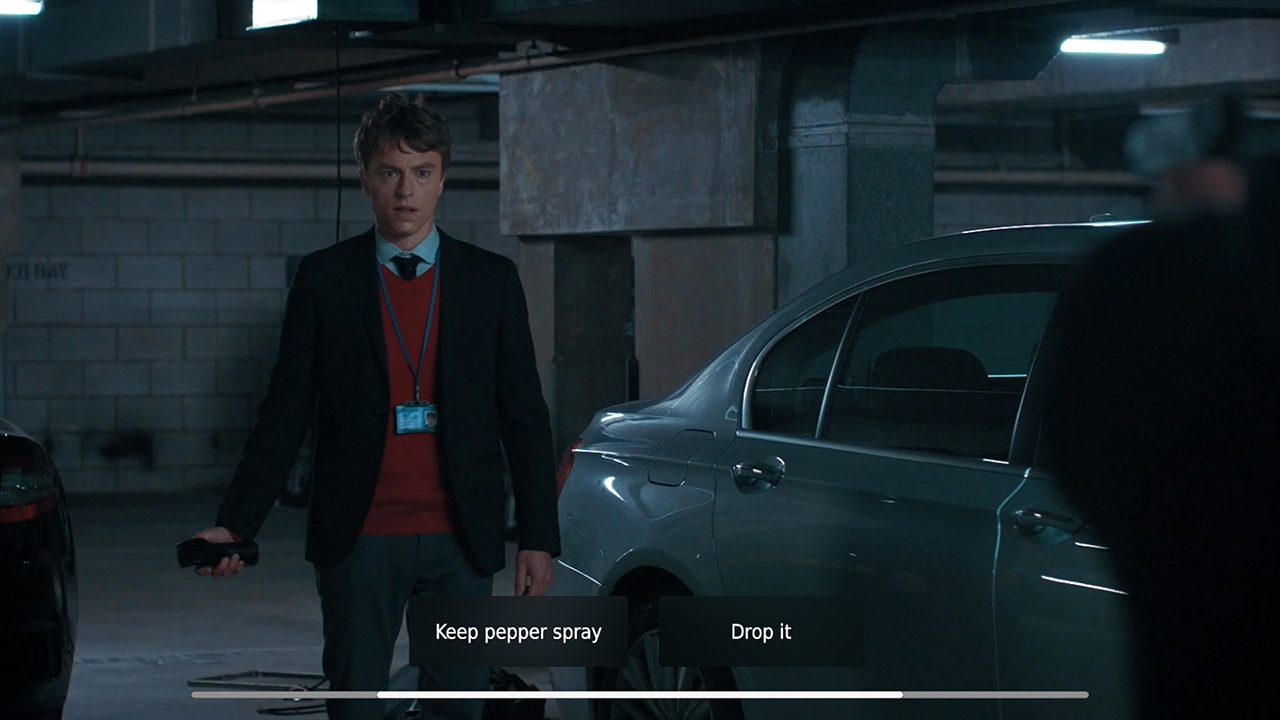 With seven different endings, there is plenty of scope in your decision-making. Not satisfied with whatever fate you end up with? Then you can easily replay the game, changing your original choices to experience a completely different story arc, but one which runs concurrently with the movie’s main themes. This all adds to give this title an overwhelming amount of options in its replayability and longevity. With a running time of around ninety to one-hundred and twenty minutes, this is a game that can easily keep you amused for a total of around fourteen hours or more. Despite the need to replay through the movie a number of times to alter its story arc, it never becomes a tiresome exercise. Its script is superbly written and presented by some very strong performances from Joe Sowerbutts (Ghost Nets), Haruka Abe (Cyberbully) and Richard Durden (Oliver).

Late Shift’s story is a very exciting affair, with twists and turns at every corner that produces an air of tension and urgency with every decision that you make. Couple this with the ability to change the outcomes of certain events and you end up with an absolutely sublime example of FMV gaming at its very finest. The mechanics that the developers have incorporated onto this title have put paid to the age-old problems of limited value within this style of genre, presenting an experience that will have you wearing the shoes of Matt Thomson for long time to come. The production values of Late Shift are incredibly high; from top-of-the-range sports cars, impressive aerial shots of London by night, as well as iconic locations and a superb HD quality to the full-motioned video. With its adult themes, this isn’t a game for the younger audiences though, with its graphic depiction of the violence within the cities criminal underworld.

With its full utilisation of both touch and conventional control methods, playing the game in either the switch’s docked mode or in handheld is sublimely satisfying, making it an ideal game for the casual player as well as a more dedicated gamer. With its superb video quality, playing the game on the television screen with friends and family, everyone screaming out what decision to take, makes it a suitable evening’s entertainment with its very involved and immersive qualities. The mechanics of its decision-making can also be ignored, allowing you to watch the movie without making any choices, as not selecting any of the decisions available to you does not stop the flow of the game. However, although it may present with one of the game’s seven endings, it may not necessarily be the one you want or were hoping for. 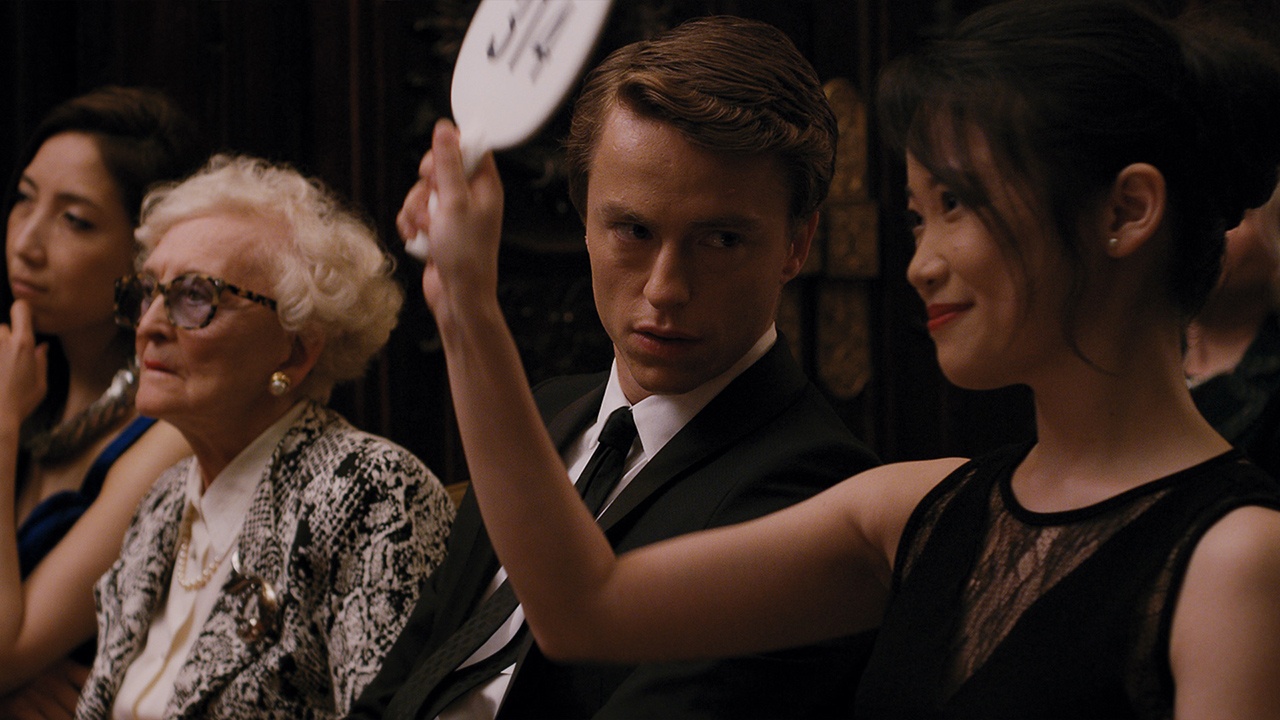 Whichever way you decide to play, or however you make your choices to the decisions given to you, it is completely impossible to know what the outcome of your choices will bring; some scenes may contain dialogue changes, some may completely alter the path of the story. This unknowingness to where the story may lead you, gives the title an addictive quality that forces you to play through its arc again and again, in a personal quest to, not only find all of the endings that are possible within the game, but to also complete the game as intended by gaining access to all of its chapters and strive to see the movies true ending. Each of the scenes available have an auto-save function, allowing you to drop-in and out of the game whenever you like, without being penalised for doing so. Keeping track of what chapters you have encountered, as well as what endings you have reached, is all presented at the end of each playthrough, allowing you to look back at the events of previously played stories and what decisions can be made to alter the arc again and produce any unseen footage that may have been missed.

Overall, Late Shift offers an enthralling ride through the darker side of London’s streets. As an example of FMV gaming, it is easily one of the best examples of its genre that I have ever come across; especially with its particularly high replayability levels and engrossing storylines. Due to the nature of its style, the game can produce the odd inconsistency with its plots, actions and information, but due to the limitations of FMV and the games seamless execution of its presentation, this is something to be expected with the design of its mechanics. This doesn’t in any way detract from the experience that this title offers you; after all, there are many mainstream movies that also contain the same elements of questionable content or actions. As a gaming title, it sits perfectly within the varying styles of the Switch’s gameplay options; want an evening’s entertainment on the big screen? Late Shift will deliver. However, fancy watching an immersive movie on the train, or in the car? Again, this is a title that will sit comfortably within that domain. If you’re looking for a thrill ride and a perfect example of FMV gaming at its finest, then Late Shift has no comparison within its genre of presentation. It’s most definitely worth a look, after all, it would be criminal not to.