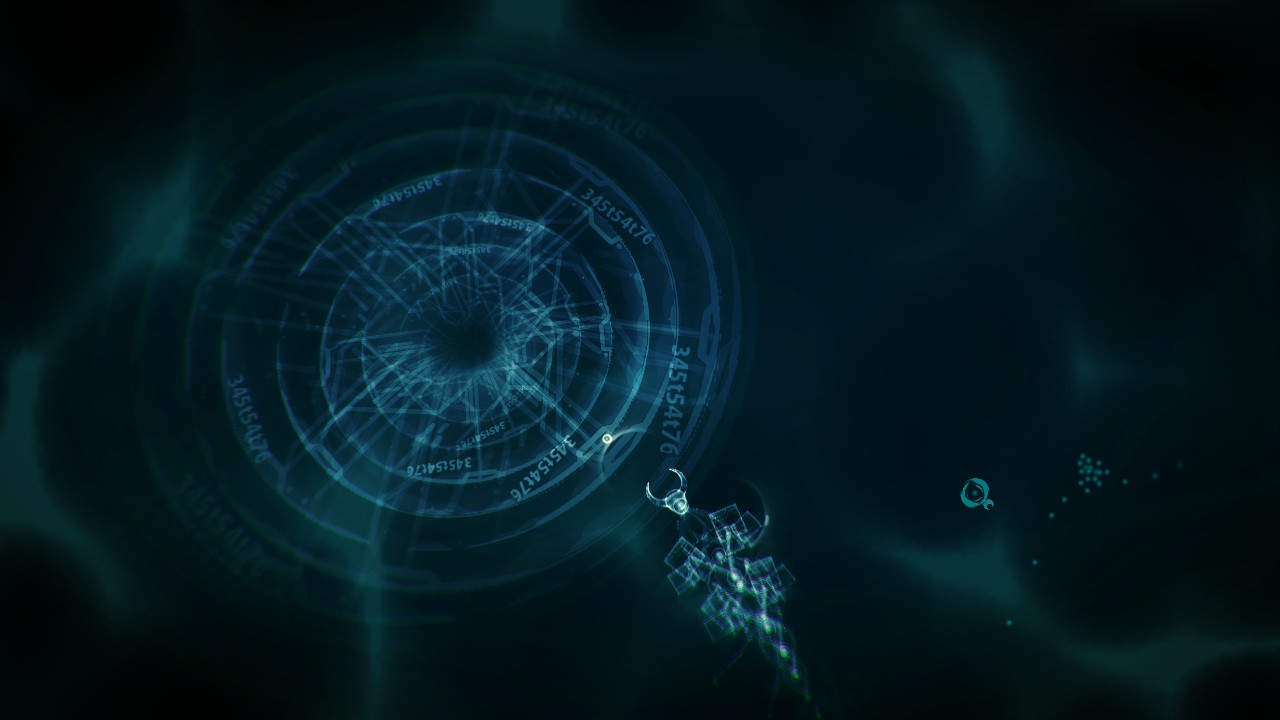 It seems like, with every iteration of the Sparkle franchise, Forever Entertainment really wants to try and do something different while sticking to the key idea. The original Sparkle (ironically, Sparkle 2) felt stuck somewhere between a sandbox and a creation game, being at least a bit entertaining but not really succeeding in either direction. Sparkle 3, by comparison, did a great job of giving direction to players and creating reasons to build and grow, while also removing some of the more questionable decisions, like arbitrarily moving between layers. The final iteration, Sparkle ZERO, has now landed on the Switch and, for better or worse, this is the last incarnation of the survival series. However, I don’t think the best was saved for last.

Sparkle ZERO makes several very large assumptions right out the gate. Firstly, that you’ve played any of the previous games, and that’s what’ll keep you engaged. There’s no tutorial, narration or narrative given whatsoever. Nothing. You literally can create a save slot (with no name or otherwise marker) and get dropped into the primordial soup. Now, if you’ve played the games that came before, you know what to expect: eat colorful bricks, get bigger, eat more bricks. But it’s easy to see how players might be inclined to try this one first. Who the hell would assume that number two was the first in the series, three was two and zero was three? Just writing that gives me a mild migraine, and it should for anyone else familiar with…counting. Even Resident Evil Zero, while a later release, is still just a redux of the very first game. Zero, here, is supposed to allude to the number of extra frills in the game. 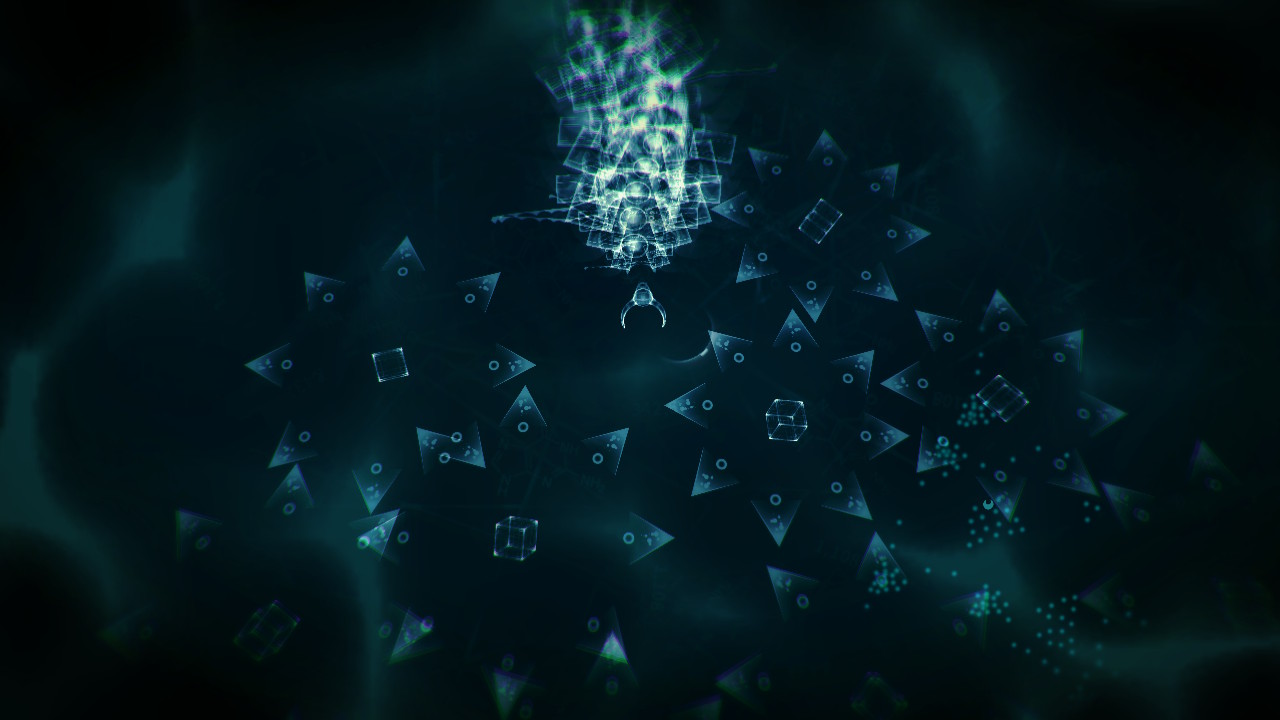 The aesthetic of the Sparkle games remains consistent here, which is one of the few positives. You have the glowy, ethereal landscape to swim around in, everything has a very peaceful vibe to it, and the traditional music of Sparkle is hard at work here. This is not a game where stress appears. All you see, all you are, presents itself in the first few seconds, and that’s all you need to worry about. Swim around and grow larger, occasionally fight another lifeform by running into it until it drops gems, lather and repeat to your heart’s content. There isn’t really an end game to speak of, just kind of an endless, ever-expanding world until the game is simply over.

So here’s where things fall apart. Firstly, notice what I said about the lack of tutorial or indication. There’s a massive difference between a game being “without a goal” and “meaningless,” and Sparkle ZERO definitely falls into the secondary category. If you can’t figure out what to do immediately, you’ll totally give up and never really miss anything. The ideas of missions, targets and evolutionary paths have been stripped away in favor of absolute gaming minimalism. What you see is what you get, and, if you’re not a fan of it, you won’t grow to love it or something. I can’t stress this enough, there’s literally nothing else except for swimming and eating. 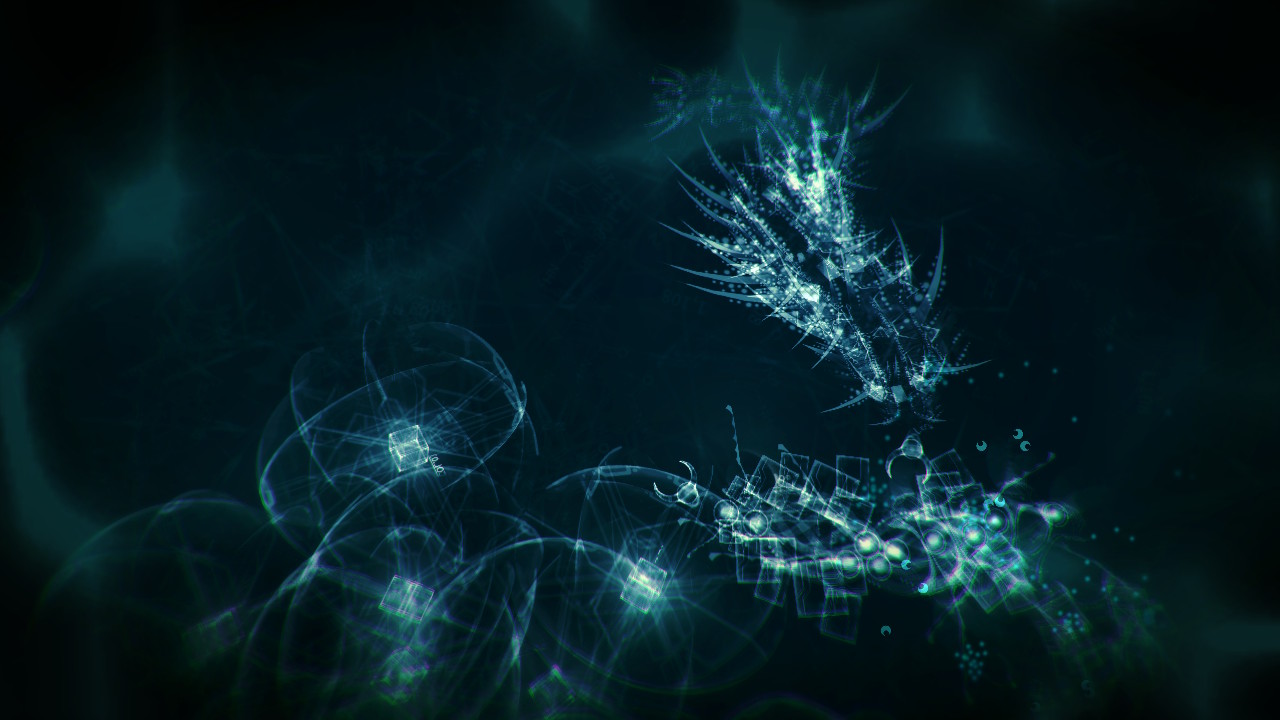 Which would be more than acceptable if this was the very first game in the series. Or something that came out of a game jam: a proof of concept to see if people liked it, then building upon it later. Instead, this is a massive devolution of the entire series, taking out things like extra moves, choices in color and change, and even removing meaning from the game as we know it. There’s never been anything super in-depth or challenging about the Sparkle series, but there’s at least been something to help give you a reason to keep playing. See what the different paths become, find out how deep you can go in the layers, discover what the final evolution of your creature will be. But these sprites haven’t changed in two game iterations and they’re certainly not going to now. This is like someone saw a screen saver and said “I’d like to be controlling that.” I praised Genesis for removing arbitrary level changes, but ZERO makes it so I’d long for a bit of freedom just to see what else there is to do.

Unfortunately, there isn’t anything else. Sparkle ZERO is minimalism in the broadest sense of the word, and the enjoyment factor is something that really needs to be analyzed carefully before considering this title. Maybe it’d be different if I had never played any of the Sparkle titles previously, but, as someone who’s gone through all of these on the Switch, this is a hard, HARD pass. If you adore the Sparkle series, then sure, get it, it’s easily the fastest to get into and to simply get to work. But if you want something more to your games, then keep swimming and either dock on the previous titles or anywhere else.