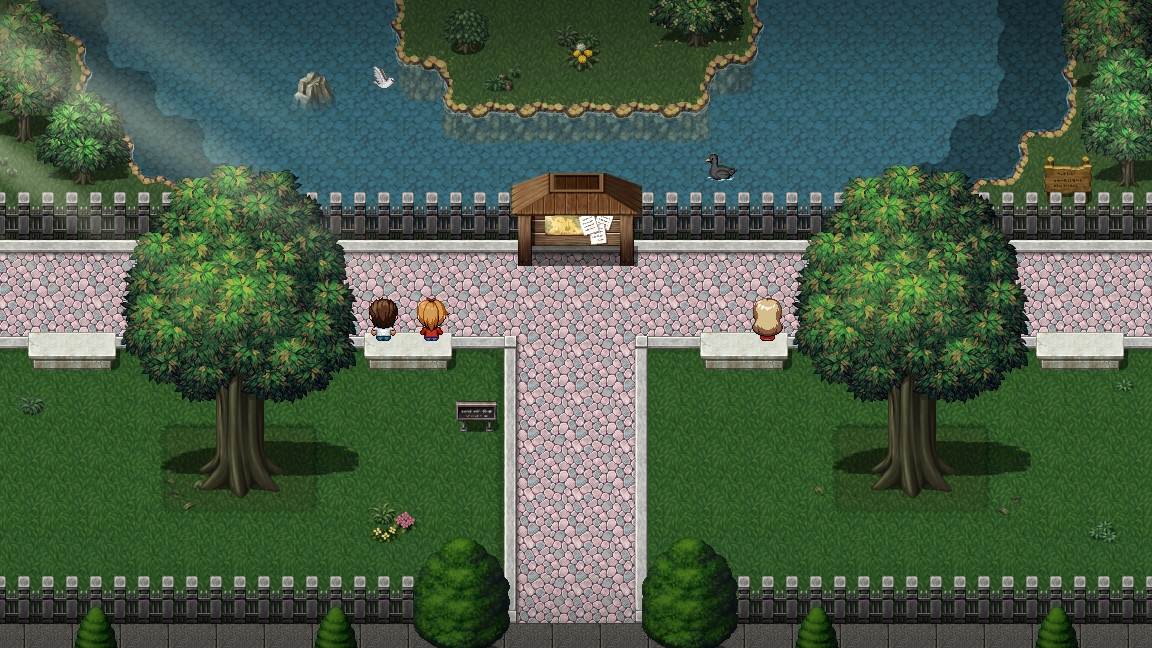 As a reviewer that doesn’t look to be impressed by a lot of games coming out of the gate, this game Gone Fireflies by Quiet Bay Studios left me in awe and more. Gone Fireflies is a bittersweet strong story driven game made with RPG Maker about a detective the gets a phone call to investigate a crime. Something that he thinks will be so simple turns into an emotionally taxing experience he will never forget.

Though only an hour and a half in length, this game has delivered such a touching, bittersweet, and deeply emotional drawn experience better than longer games with better graphic fidelity fail to achieve. Sometimes games with all the technical and graphical bells and whistles doesn’t always mean that they will give equal enjoyment and fulfillment, and this game has proven that it can be in the best of company with the most beautifully crafted of games yet in short duration, pack such a punch with a story that shines. 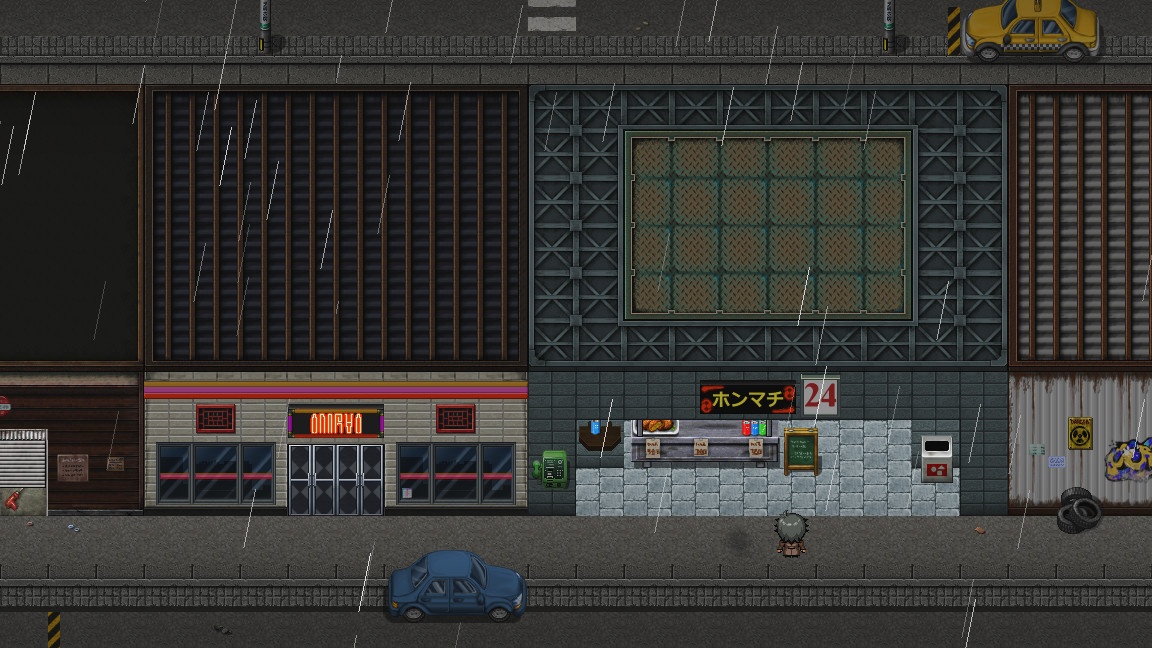 Though the game doesn’t give us full amazing cinematic visual cut scenes like that of most AAA title studios, Gone Fireflies still delivers a visual experience that is both well thought out in terms of location and visual perspective. Even though we get very few locations in this game, they are beautifully designed areas for even that of RPG Maker standards. No two locations are ever the same making this a non-boring visual experience, uncommon again for locations made on RPG Maker.

The game also does a fantastic job with character design in terms of character sprite creation with emotional graphic animations to convey more to the cinematic experience. Dialogue is well written as it jumps from past to present between the characters and well paced through out the game. The characters also have their fair share of complex and very adult struggles, something not traditionally seems in games such as these Multiple times throughout the game you will be asked to make choices which in term makes for a very interactive experience with your protagonist and the environment these characters live in. The choices you make also affect the ending you receive as well, making the replayabilty factor of this game worth it. Complemented with an amazing musical tracks and amazing attention to detail with sound work through out the game, this game again proves that you don’t need the budget of a AAA title game to deliver the same experience. Moreover, the visuals and story coupled with all of these aesthetics really allows the game to breath life into an already strong narrative game experience and because of this makes a truly engrossing game thanks to it’s unique use of visual storytelling through limited means. 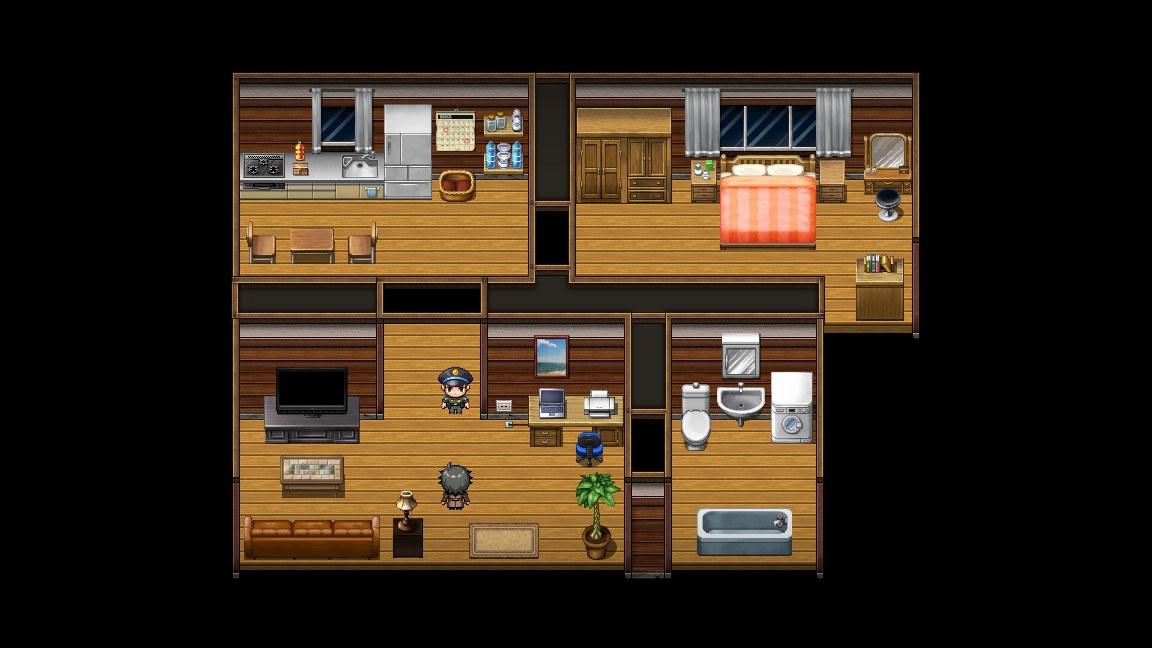 For some, Gone Fireflies will be a slow paced game, but it is intended to be so to reflect the energy and mood in which this game lives. Searching for things and making decisions throughout the course of the game will also take time but only adds to the magic the story that is being delivered to us. Though I didn’t play the older version of this game, it seems that the updates have left little to complain about such as scene transition times, dialogue problems, and even a few other problems from early versions of the game seems to have been fixed.

Overall Gone Fireflies is a beautiful and fantastic game that really defines what one can do with a simple RPG Maker program when its technical and creative aspects are truly pushed. I expect Quiet Bay Studios will make more games akin to this one, as this is a game that needs to be played more and often for video game lovers who really appreciate good story telling if you can get over not having having the same AAA “The Last of Us” walk, talk, then play pretentious storytelling that Sony has putting out as of recently. The game should be played through at least more than once as things that you won’t really pay attention on the first go around will be apparent in another play though.It is truly a treasure of a game every gamer who appreciates a great cinematic experience should play.