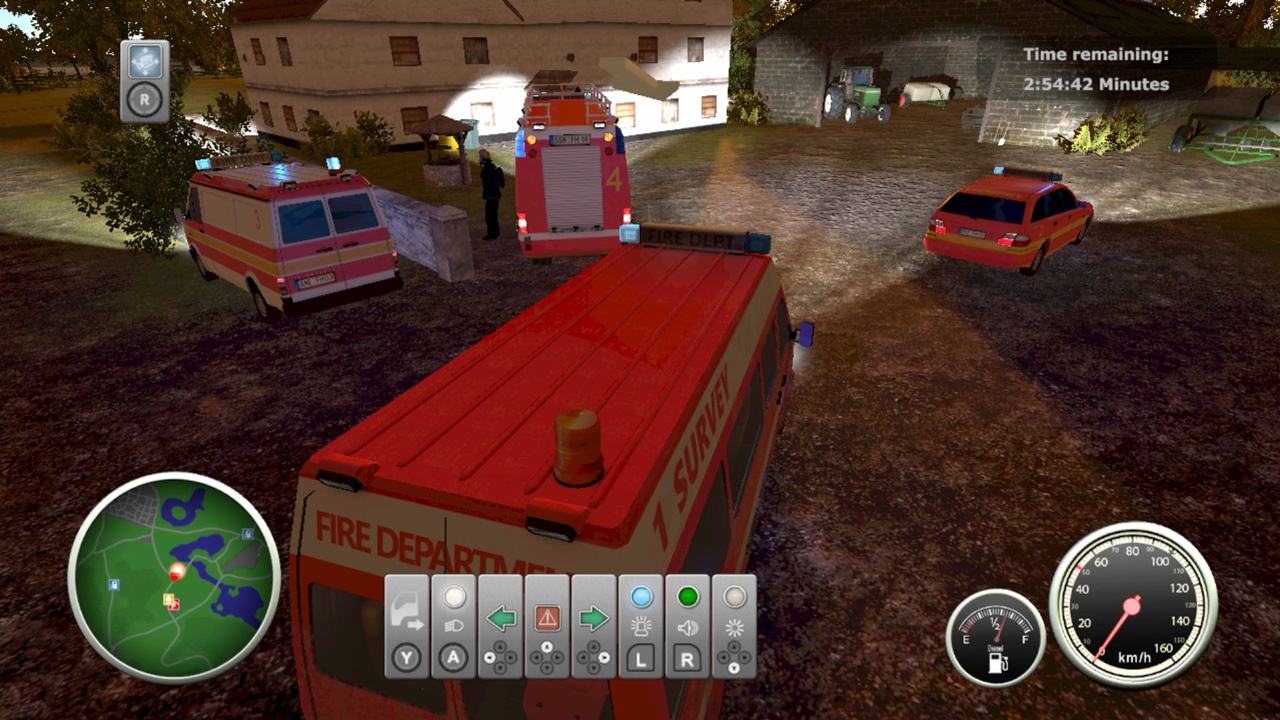 If there’s one thing that simulation games have to get right, then it has to be the mechanic of providing an experience that mimics  the event or action it is trying to emulate. Flight simulators have you flying aircraft, often with a console of complex controls; racing simulators have you competing in a series of races, often following the racing line to success. However, with Firefighters: The Simulation, we are presented with a simulation that fails in so many of its mechanics, that it simply snuffs out the flame that could have burnt so fiercely.

Developed and Published by UIG Entertainment, this first-person look at the roles of the brave men and women within the fire service, should offer an exciting premise with its tasking of putting us in dangerous situations and, through using an array of skills and components, combat the elements to make safe any potential threats. It wears its heart on its sleeve and on paper, the game sounds like an exciting premise. However, all of its elements are so badly implemented that it just ends up producing a game that is laughable; despite it trying to produce some moments of exhilaration.

Ever since its inceptions, the relationship between young boys’ dreams and firefighting has had a long association. It’s in this context that most of the fun in playing Firefighters bears fruit. It does provide a certain degree of excitement in speeding down the highway with active blues and two’s, searching out potential dangers and fires and utilising a range of equipment and vehicles. Unfortunately though, it’s the smaller, and often unnecessary, points that brings the whole experience down. 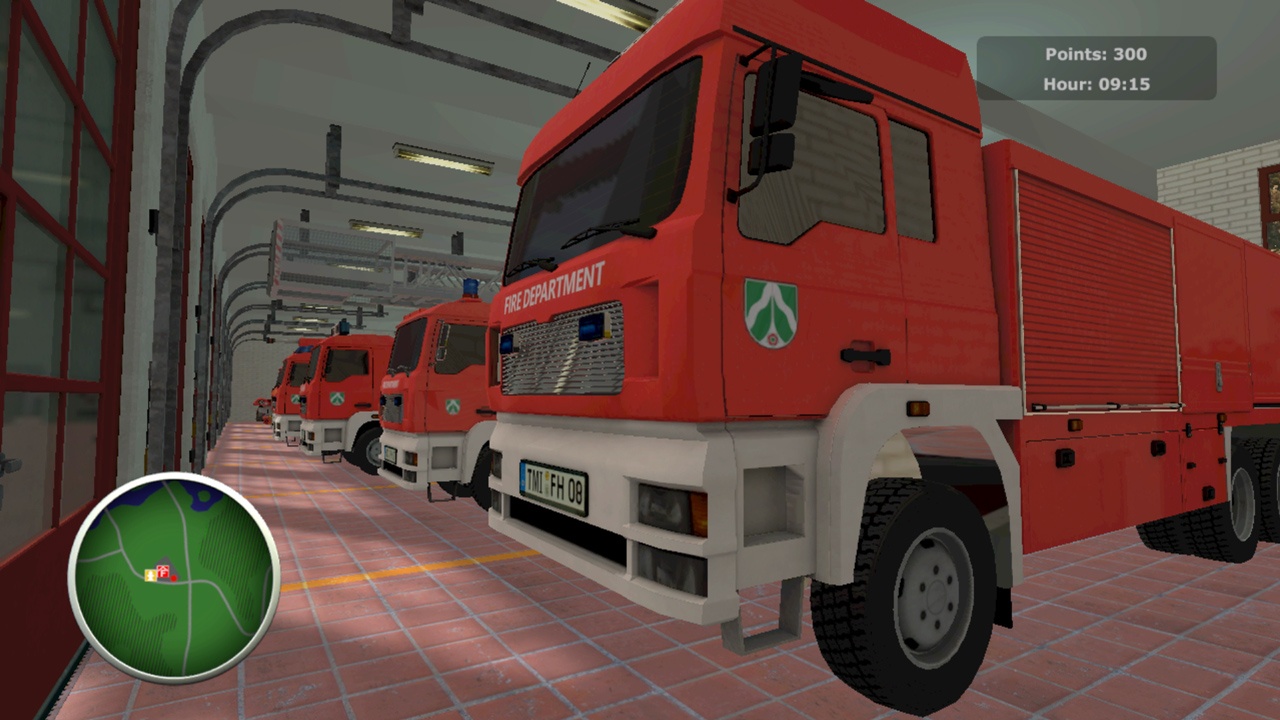 The game starts, or can start if you select it, with a tutorial, if that’s what you can call it. This basically involves being shown around the headquarters of the CBRN defence ops by the station’s commander. Through a series of textual conversations, he shows you around every inch of the building; toilets included. It’s a strange inclusion and one that is totally unnecessary. It may be trying to achieve a level of realism, but even in this mechanic, you can take things too far.

If you skip the game’s pointless tutorial, or after it has been completed, you are then treated to a mission briefing. Again, this is all performed in a textual context, another problem here though, lies in its execution as there’s often no apparent observation of whom is talking; resulting in a disjointedness in the feeling of characterisation with your fellow firefighters. There’s also no interaction with anyone, something which also enforces this feeling. More worryingly though, is the fact that there is no collision detection system in place, as you can simply walk through people, thus creating an impression that is on par with a ghostly environment.

Things begin to improve slightly when you get on the road in your assigned vehicle, but only slightly. Despite containing the usual control schemes of braking and acceleration, you can also utilise the blues and two, headlights and even, indication. However, with a number of viewpoints that can shift between first and thrid-person views, you soon realise that, although the options that are there try to offer a realistic experience, the truth behind them are merely aesthetical, or again, utterly pointless.

Despite having a capability of signalling your intention to turn left or right, there’s no penalty for not doing so. However, even more worrying, is the fact that turning on your indicator, bears no significance on the vehicles themselves; they may be ‘clicking’ on and off, but they most certainly aren’t flashing! Similarly, the use of your sirens and blue lights don’t seem to be a necessity, as more often than not, vehicles ignored my advances and people wandered into the road, apparently oblivious to the wailing sounds emanating from my engine.

It all creates a real sense of disjointedness and unbelievability; the two biggest mistakes any simulation can possibly make. 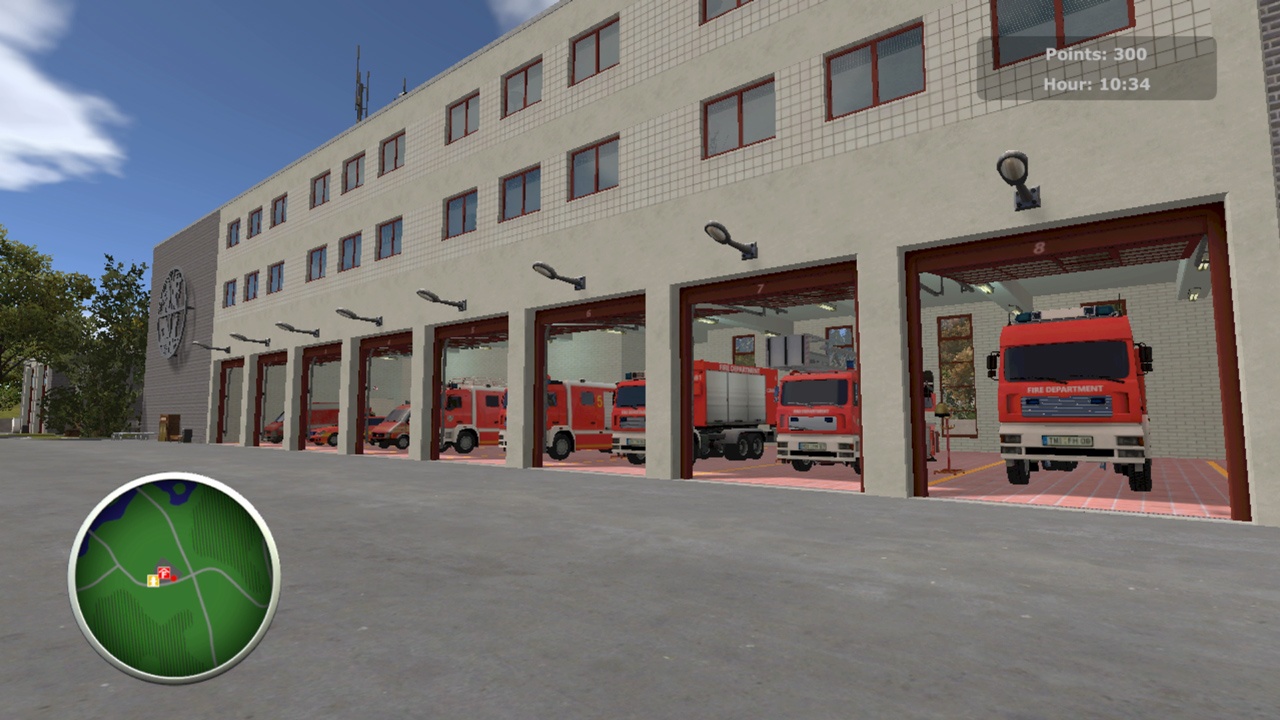 Although noticeable, it can be argued that these faults are only minor. However, there are bigger elements that are equally frustrating and bring the game down further. Again, collision detection provides a serious worry, with your engine capable of driving straight through other vehicles on the road. Not only that, but the same mechanic also applies to people too! Although I wouldn’t necessarily want to cause harm to pedestrians in the road, it does create a unrealistic setting for the game.

This can also be further enhanced by the game’s setting of an open-world within a thriving city. It would be normal to expect a busy setting here. However, the roads are more or less devoid of other vehicles and the pavements deserted of pedestrians. In fact; the character models are so sparse, that I was convinced that any fires were merely being started a serial arsonist, as I kept seeing the same old person time-after-time, no matter where in the world I was being sent.

In its current state, I could easily describe this game as completely broken. But this is a game that is now six years old, spawning many iterations on a number of platforms. To call it broken would be an understatement. It’s a shame really, as I really wanted to enjoy this game and I really tried. There are a few redeeming features in here, such as performing the various tasks that are asked of you, even though they are often confusing in their mechanic and execution, and the inclusion of a progression system that sees you earning the right to new vehicle acquisitions; much like a promotion in real-life. However, the things it does right are severely undermined by the things it does wrong. If you can see past its glaring errors, then there is some fun within this game. But if you’re looking for a serious simulation, then you’re simply better off looking elsewhere.