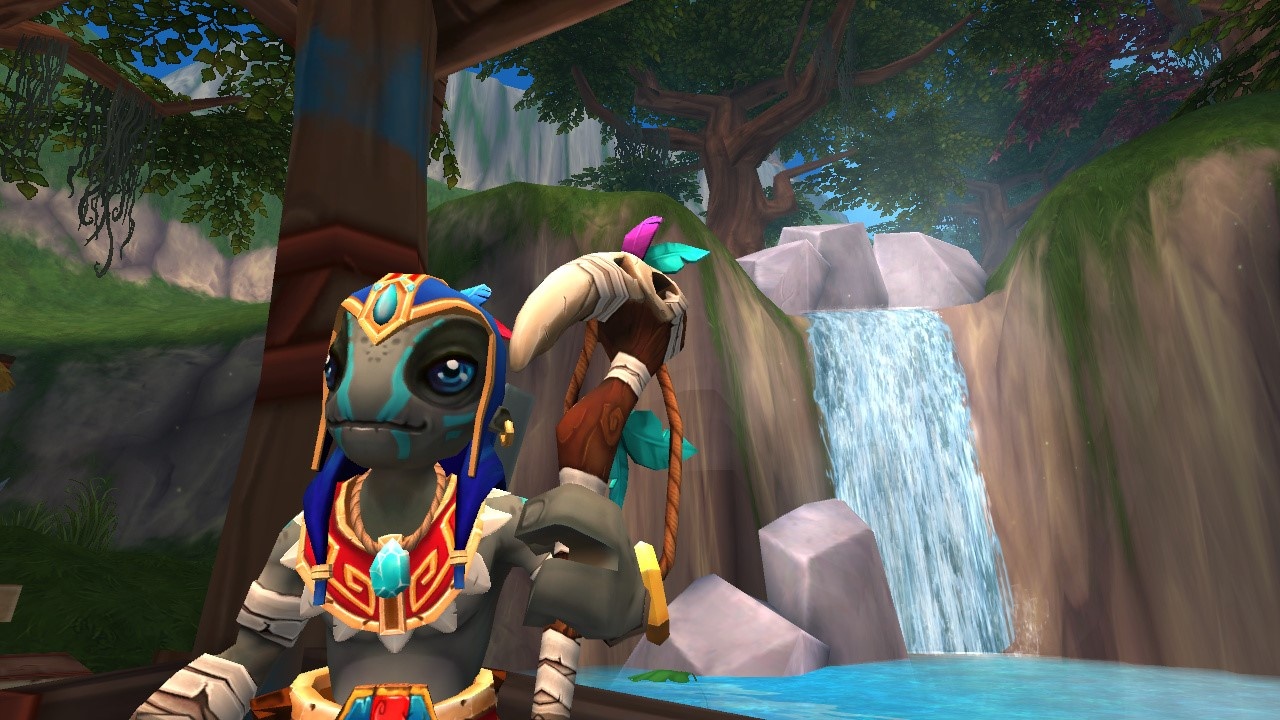 There are literally tens of millions, if not hundreds, of accounts created for World of Warcraft. The online RPG set in Azeroth dominated the MMORPG world for years, and, even today, maintains one of the largest and most loyal installs out of any of them. For anyone who’s played, they know that the game is second only to the community: guilds and clans, some in existence for more than a decade, keeping players coming back time and again. But what if the game was suddenly empty tomorrow? You logged in and all the NPCS and mobs still were around, and quests popped up everywhere, but the main appeal – the widespread number of users – was reduced to only you? Would you still be interested? That is one of the questions that Tanzia, the newest action RPG for the Switch, accidentally posits, and the answer is not a great one.

Tanzia has a shockingly long introductory story that cannot be fastforwarded through, but here’s the gist: Tanzia is the name of the world. Your people are these ancient folk who practice magic (called arcanity here) and are all noble and pacifists. Some Skeleton King tried to murder everyone years ago, and your grandfather fought them off. Then, like twenty years ago, Skeleton King tried to murder YOU, and grandpa faked you death to throw the King off your scent. Now, you’re in exile, grandpa’s in hiding, and the Skeleton King is coming back to take over the land. Surprise, you’re the chosen one who’ll make everything right again. But, before you get to that point, you gotta train. So get ready for quests, mini bosses and a lot of endless hunting: it’s game time!

The main idea of Tanzia is an action RPG wherein magic is the key. You learn some spells early on and, over time, develop a pretty strong array of sorcery. You assign spells and items to hotkey slots that you can’t really use because there isn’t a keyboard, so you can just toggle through them fast with the L/R buttons and use with ZR. You run along, get given quests by NPCS and elders, and then you perform the quests to get EXP and level up. When you level up, HP and Mana go up, and your spellwork gets a titch more powerful. Oh, you do also have a beating stick that you can use as a last resort, and it’s frustrating as hell, but also pretty on par with what you’d expect a mage to use as a last resort. For real, if you run out of mana, you might as well head for the hills, because you can get killed by the very first enemies (giant chickens) if you aren’t using magic, and it just gets harder from there. 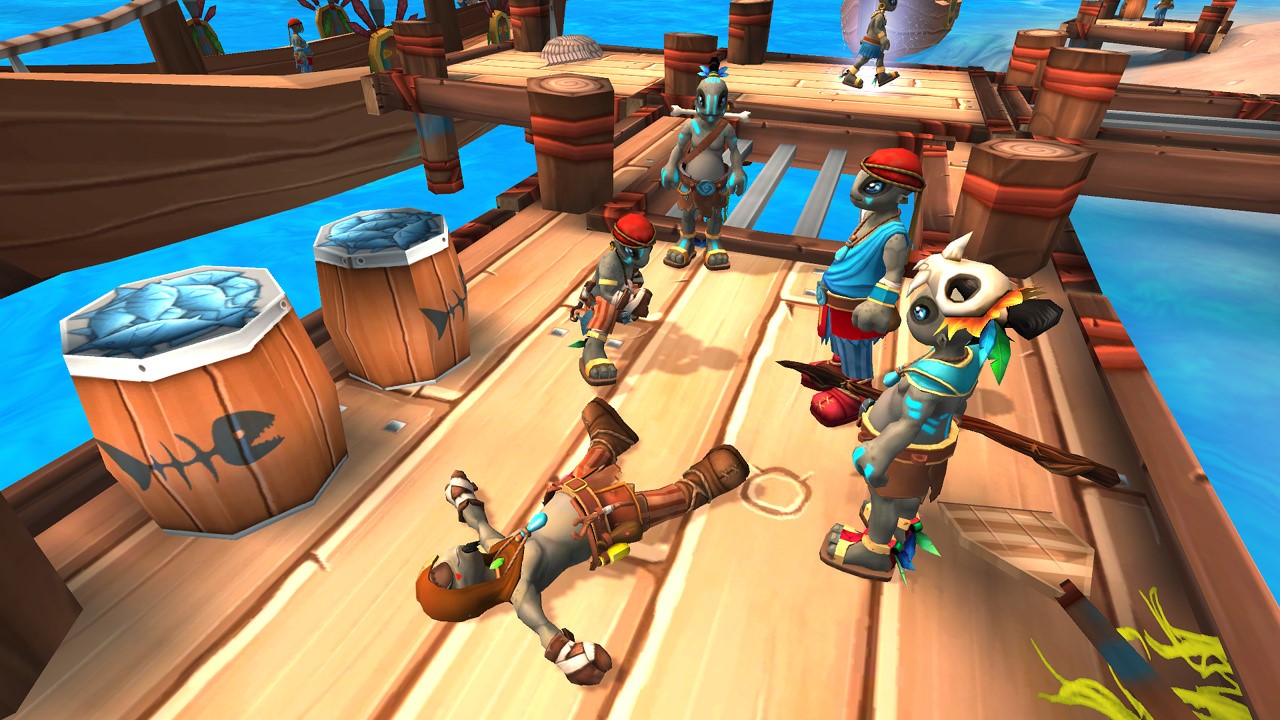 I would like to start with praising Tanzia on a technical level. There was a lot of work that went into this Switch port, and it’s pretty apparent. My initial reaction was to compare this to last year’s Ginger, but, other than having a blue protagonist, there isn’t any real comparison. Tanzia has a good variety of magic and, eventually, some decent equipment that you can pick up. The game is incredibly optimized in terms of performance and install size: coming in at under a gigabyte, I was a bit shocked by the sheer size of everything. Additionally, you move seamlessly between areas: I don’t think I saw a loading screen once. When you have a game of this scope, you start to expect and even anticipate a loss of performance at some point, but that simply never came. Kudos to Arcanity (which is also the dev team’s name) for getting this all sorted and ported well to the Switch.

And there are gameplay things that I like. For one, the idea of focusing so much on magic is important to the story and there’s no way to cheap that out. There are so many RPGS out there that foretell of a great wizard, and then that wizard just has a +3 Vorpal Blade and you wonder why he needs magic at all because heads roll. That’s simply not the case here. Your character is nimble and agile, and jumps around like a damn fool all the time, but he’s definitely not a combatant in the hand-to-hand sense. So Tanzia does its best to offer a wide selection of magic, from traditional fireballs and ice shards to some pretty dope lightning magic and, my personal favorite, roots that bind enemies to the ground. The roots are super important in later game areas where you may only have one or two mobs to deal with and they are incredibly tenacious as a pair, but feasible separately.

But then there are technical things that also tear apart the game. For example, targeting. You can’t really choose what you’re targeting: you hit the target button and rifle through the different enemies/not enemies it picks up in hopes that you get the right one in your cross-hairs. When you’re pressed for time and survival, this is kinda crucial, and it works, sometimes, and sometimes it results in your death. Which is arbitrary, because you can save almost anytime and re-spawn from the totems that appear everywhere. But it can still be annoying. 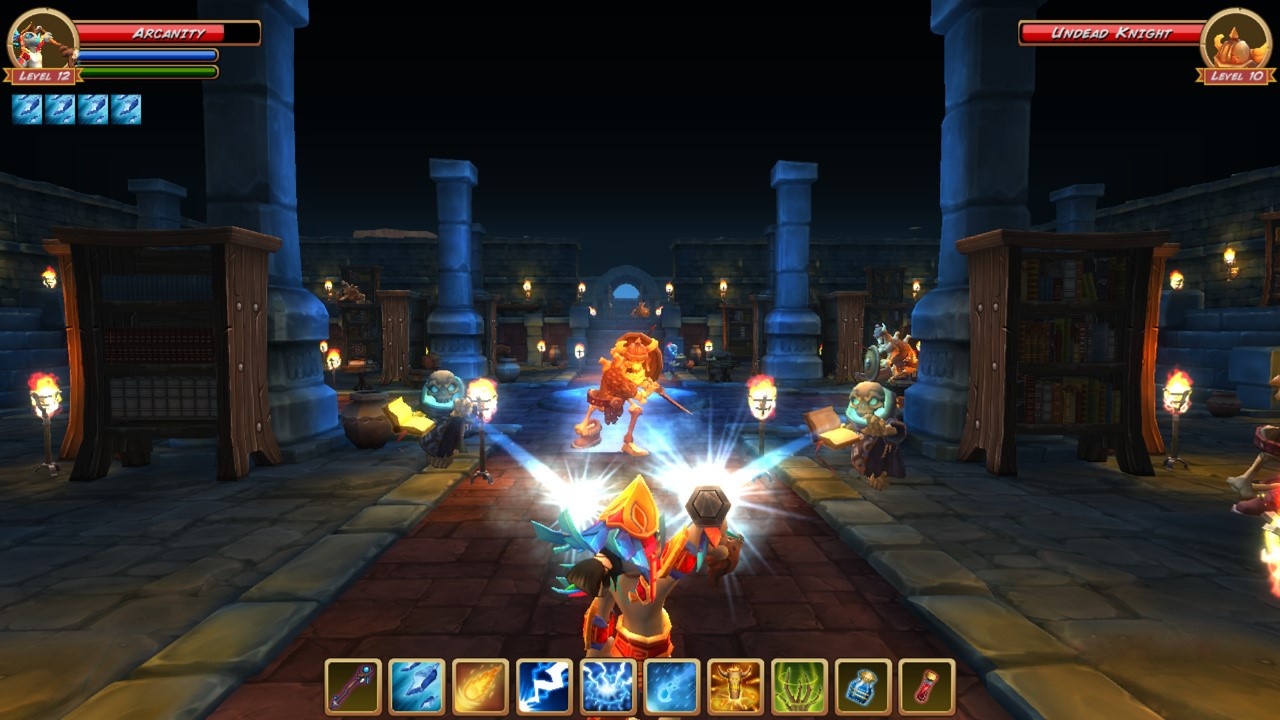 Also, your character runs INSUFFERABLY slow. I wanted to scream with frustration everytime my speed potion ran out. And yea, you’re going to invest a LOT in speed potions, because the portal mechanic that teleports you to various spots on the island is still limited, and will drop you in places that are rooms and rooms away from where you need to go next. When this game was being created, I’d like to think the devs had on a speedhack the whole time just for creation’s sake, and then forgot about it when they launched the official game. The result is that the trip through Tanzia is either through molasses OR when you’re hopped up on bathtub meth the whole time. Your call, but remember, winners don’t do drugs.

The biggest point of contention in Tanzia is the game itself. Not the story: story’s fine, gotta learn about my grandfather’s legacy, learn more magic, defeat Skeleton King, etc. But the game is meant for a very specific type of player: the one who loves the MMORPG interface but wants to play offline. I played WoW for all of eight minutes before uninstalling it, because it was not my bag, and so this isn’t meant for me from the get go. You have these giant, expansive terrains that are full of NOTHING except herds of enemies scattered about and ambient nonsense (trees, abandoned ships, a campfire) to give this sense of “you just missed everyone.” You have quests that trigger almost arbitrarily, and you pick up quest items before you even know you need them. You can grind to an insane level before even leaving the first village by just setting birds on fire, but you still have to live with mana potion cooldowns. What? I need to wait for my cooldown to drink a potion? How the hell does that make sense?? I’m not trying to steal someone’s kill during a raid in the Orc Village or something, I’m the only player! And, as a mage, I spend 86% of every fight – EVERY FIGHT – running backwards and casting spells. Run in circles so more enemies don’t spawn. Drink potions when they cool down. Cast spells again. It’s so goddamn repetitive, and I don’t even have the justification of a tank or something doing combat just out of sight.

When it comes down to it, Tanzia is a fantastic work that is clearly very appealing to the right set of people. I admire the dedication to re-creating the MMO feel on a single player approach, and it’s setup reasonably well with the JoyCons and the Switch itself. But I seriously felt like I wasted so, so much time running through nothing to find nothing. All the exp, all the loot, it wasn’t something that I was proud of and couldn’t show to anyone else, and it wasn’t contained enough to make me satisfied with my performance. If you need a fix, maybe Tanzia will help get you through the night, but, for traditional fans of both Western and Japanese RPGS, you might find everything just a bit too lacking to keep you questing for Tanzia’s survival.