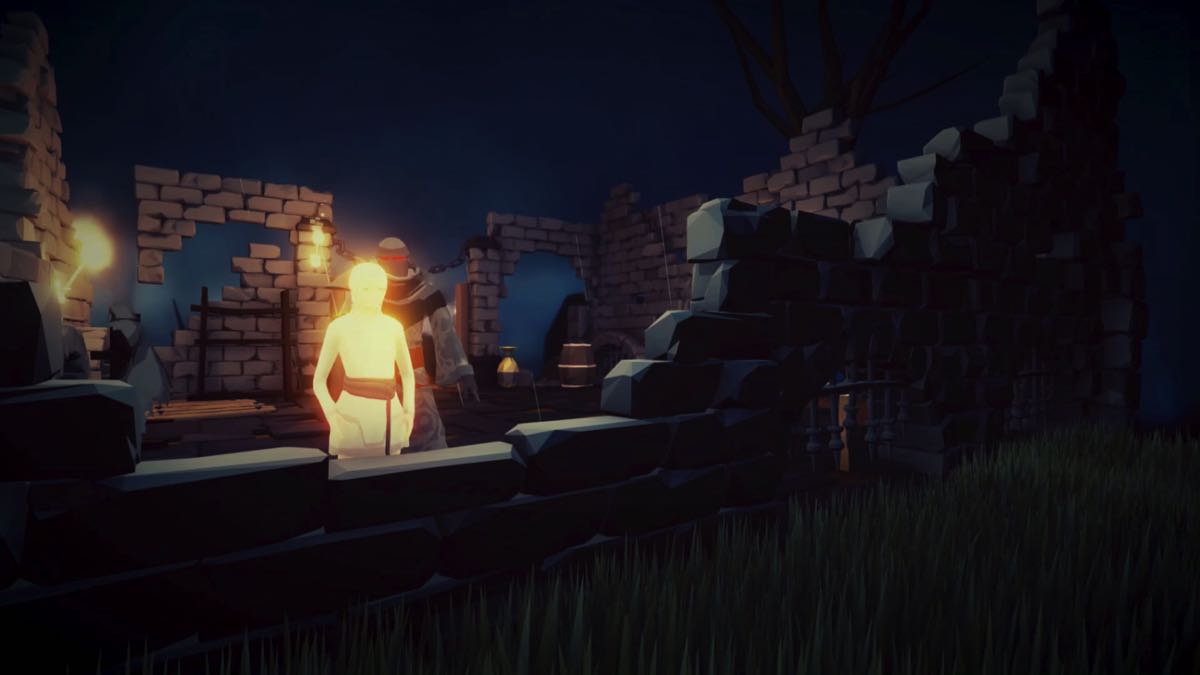 Not so long ago, every single developer and publisher in the world wanted to create the next Dark Souls. A generally inexpensive title to produce, driven by hype generated on the back of punishing and unforgiving difficulty, and thousands of YouTube videos and Twitch live-streams. However, with each and every attempt most decided to take a step back and leave the Souls-like genre to Miyazaki and his team; as no Souls-like AAA, or AA production has ever managed to reach the heights of Dark Souls’ popularity. And with the Dark Souls series slowly losing its charm, and the large portion of its user-base, even FromSoftware itself has decided to leave the sub-genre behind. But just because some had made the choice to leave the Souls-like genre as it is, it does not necessarily mean that others did as well.

Both The Surge 2, and Lords of The Fallen 2 are supposedly still in the making. But despite of the multiple statements made by their respective publishers, they are still likely years away from being completed. And while both these titles were not necessarily seen as world beaters, the lack of sequels has ultimately resulted in a rift. A rift which is currently being filled by a wide range of indie studios, which have decided to take the Souls-like genre, pull it out of its AAA setting, and replant it within the indie environment. And most have done so have achieved a great to success, as both Dead Cells and Death’s Gambit are seen as some of the best indies of the last decade. However, those two were not the only titles to try to revive the stagnating Souls-like genre, as the recently released Fall of Light: Darkest Edition, also seeks to find its place within the genre’s market-share.

Unlike both Dead Cells and Death’s Gambit, Fall of Light: Darkest Edition is not a fast paced, 2 dimensional side-scroller, but a slow and methodical RPG, with a top-down, isometric perspective. And while it may resemble a cheap copy of Bilzzrd’s Diablo – at the first sight – then it has to be said that the initial impression which the title leaves can be incredibly misleading, as in reality, Fall of Light: Darkest Edition could not be any more different from Blizzard’s slasher, even if it tried. And that’s not because of the core framework, but because of the side-features, which ultimately transform what could have been a mundane slasher, into a largely intriguing Souls-like RPG. 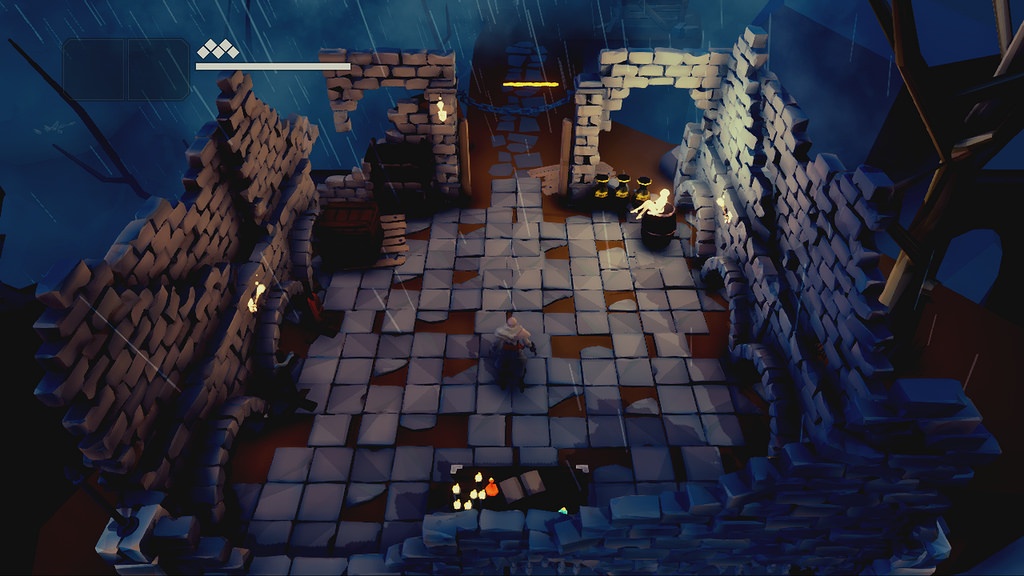 Visually, Fall of Light: Darkest Edition is not a world beater. As while it does feature a large amount of rather pleasing 3D models, such are unfortunately not wrapped in textures which many would otherwise expect. However, the simplistic art style benefits the title in the long run, as it gives it a sense of identity and individuality. And subsequently it allows it to separate itself from the overpopulated crowd of isometric RPGS, which all look-alike, from the insanely popular Diablo, all the way down to the lesser known Victor Vran.

Individuality seems to be a constant trend throughout Fall of Light: Darkest Edition, as this particular title does feature a plethora of mechanics, which ultimately allow it to become a unique, and one of a kind title which can be distinguished from a mile away. And while the majority of the title’s mechanics has very little impact on the overall experience, then it has to be said that there is a one feature which completely turns the Souls-like genre on its head. And the said feature namely revolves around you having to play around a humanoid creature created out of light, which while in your vicinity grants you buffs, allows you to traverse darkness, and in general serves a role of a companion. 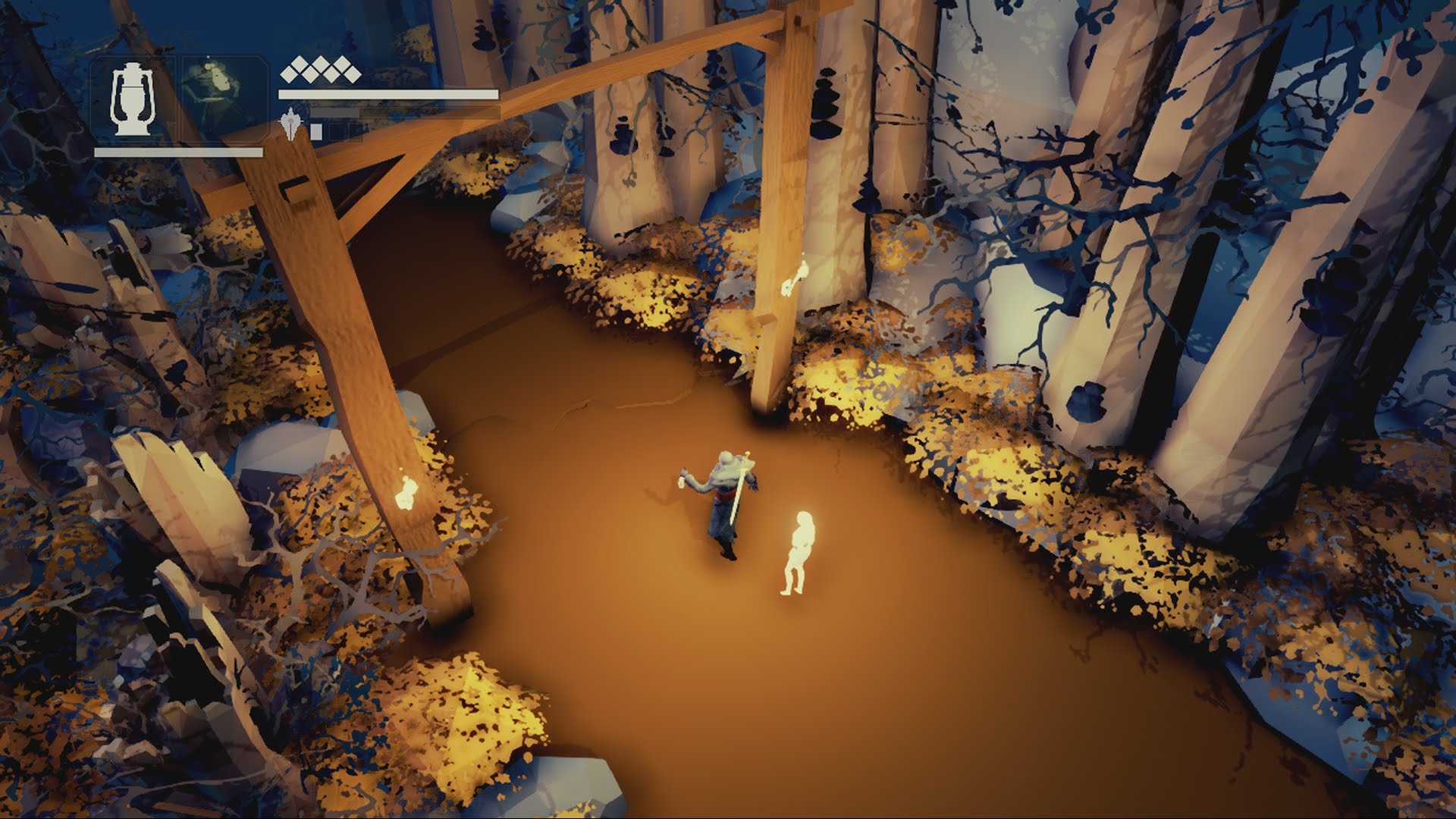 In a way, Fall of Light: Darkest Edition feels like a mix between Dark Souls and ICO, but where the latter title was a ten-hour long escort quest, then the same cannot be said about Fall of Light: Darkest Edition, as your in-game companion within this particular game, is not in danger of being kidnapped, and/or being killed 24/7. However, with Fall of Light: Darkest Edition being a Souls-like, it is more than likely that sooner or later you will succumb to the sweet release of death, and when this happens you will return to the last altar at which you have kneeled. And the first thing that will happen once you’ll fall, is that you will lose your companion, which has to be retrieved from the place where you’ve fallen. And this means that if you’ve died miles away from your altar, then you will have to fight hordes of enemies with no buffs, or support – and that is not as pleasurable as it could be.

Personally, I haven’t had any major issues glare at me while playing through Fall of Light: Darkest Edition. But the one which affected me the most was related to the title’s combat, which leaves a lot to be desired – and that’s putting it nicely. Sure, most Souls-like titles have their issues when it comes to combat, and even after being remastered, Dark Souls is still riddled with wonky hit boxes, and latency issues online. But the combat of Fall of Light: Darkest Edition, is simply sloppy and incredibly uninspired. And even when you take inconsistent hit registration out of the equation, and brute-like AI of the hostiles, you are still left with a system which lacks polish, and is in general rather poorly executed. And the limited pool of rough animations doesn’t help the title either, as it only further accentuates Fall of Light: Darkest Edition combat’s crude and at times depressing nature.

If you were to write out the premise, and the setting of Fall of Light: Darkest Edition on paper, you would be left with something which would impress even the biggest doubters, and haters of the genre. But if you were to present the title in its current form to the same people, they would most likely quit after an hour into the game. As it takes somebody with incredibly persistent personality, in order to complete Fall of Light: Darkest Edition, from start to finish. And while the side features may be a pleasure to experience, then it has to be said that the core of the title, what matters the most to majority of the genre’s fans, is unfortunately not all there. And sure, after you’ll spend few hours with Fall of Light: Darkest Edition, you will more than likely come to a point, where you will no longer notice, or at least no longer mind its crude combat. But at that point, you will most likely be nearing the end, and wondering if it was even worth it.

The general lack of polish and consistency within the title’s mechanical components, ultimately comes back to haunt it.