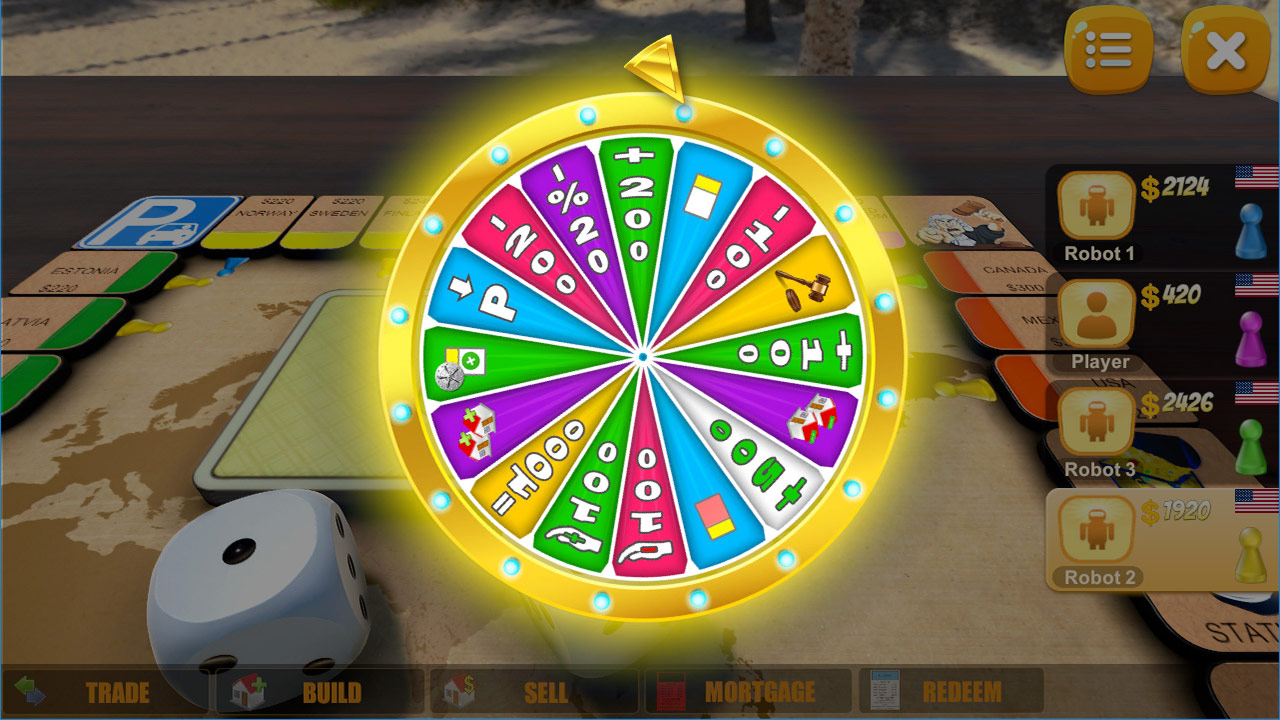 It can’t be denied that Monopoly is one the most famous board games ever devised. Its chasing-riches and tycoon-building mechanic has long fascinated people of all ages. In terms of transitioning into a digital format, the original has enjoyed some success, although it can’t be denied that other iterations have fallen to the bottom of the stock market. The same can also be said for the many clones of its formula, at least in respect of a failure in capturing the playability of the original. However, that could be just about to change with the release of LAN-GAMES EOOD’s Rento Fortune Monolit, out now on the Nintendo Switch.

A strange title for a board/video game, I agree, but nevertheless, what we have here is a pretty decent attempt at emulating the monopoly, Monopoly holds within its genre. In simple terms, it’s a no-frills take on the popular board-game and I wouldn’t say that it’s a better offering; but then again, I wouldn’t say that it’s worse either, but simply a very good, and ultimately cheaper, alternative to Hasbro’s game. The layout of the board is instantly recognisable, with colour coded squares that sit within groups of three, train stations, free parking, go to jail and a cell block, plus the usually relief-giving GO square. Within the centre of the board, two sets of cards lay in wait and a whole host of buildings and hotels sit around the foundations. 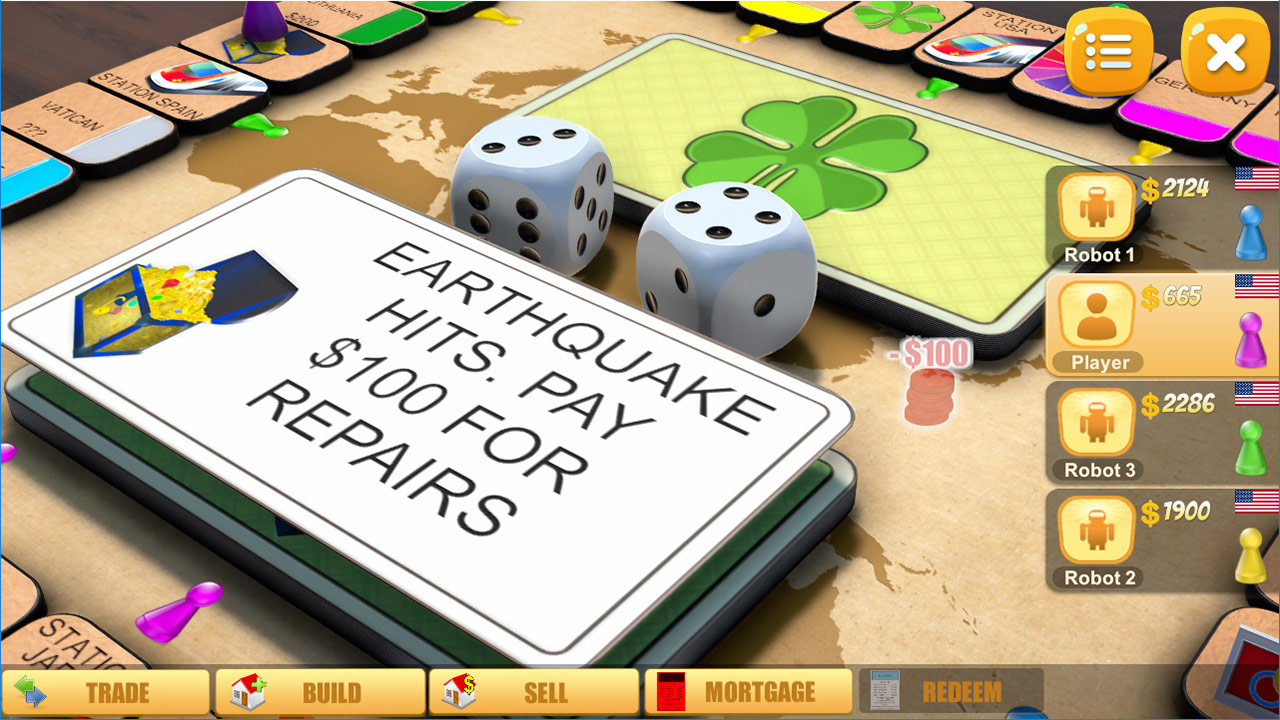 However, despite its similarities, Rento Fortune Monolit also holds a few other additions to bring some new features to the tried-and-tested formula on which the game is based. Owning more than one of the train stations, allows you the opportunity to fast-travel between them, but only if your current turn begins on one of them. The other, more impactful inclusion, is a wheel-of-fortune style mechanic that sees you spinning a wheel of options should you land on its square. However, this contains both advantageous and detrimental elements, awarding you cash bonuses or taking away from your bank account, or even reducing the scale in number and sizes of any buildings owned and rent owed.

Although it plays a very similar game, the different elements that it comprises, obviously differ; after all, LAN-GAMES EOOD wouldn’t want a law suit after them, would they? Instead of city locations, Rento’s boards consists of countries; although some contain continental varieties too, as well as variations on property placements. Customisation can also comes into play, changing the look of player tokens and dice to produce a more personal feel to your game. You can even change the rules, allowing rent collections whilst in jail or changing a few mechanics to create a quicker style of play. The basic premise of the gameplay remains the same though, collecting properties in groups of three in order to build on them, collecting and paying rents, trades and auctions; all playing towards the bankruptcy of others and becoming the overall winner as a property tycoon, with a bank balance to match.

There are three modes of play on offer here; solo, local multiplayer and online multiplayer. Each mode caters for up to six players, playing against AI tokens in solo and human opponents in either of the multiplayer options. This all gives the game an endless amount of playability and replaybility; whether alone or with others. Despite Rento being a no-frills experience, it doesn’t detract from the overall gameplay of this title. It may not have all the bells and whistles of Hasbro’s game, but in some respects, it plays for a better game, especially in terms of loading times, player moves and animations. It creates a quicker game that keeps you more invested and keeps things more interesting, rather than waiting an eternity for certain functions or animations to play themselves through. 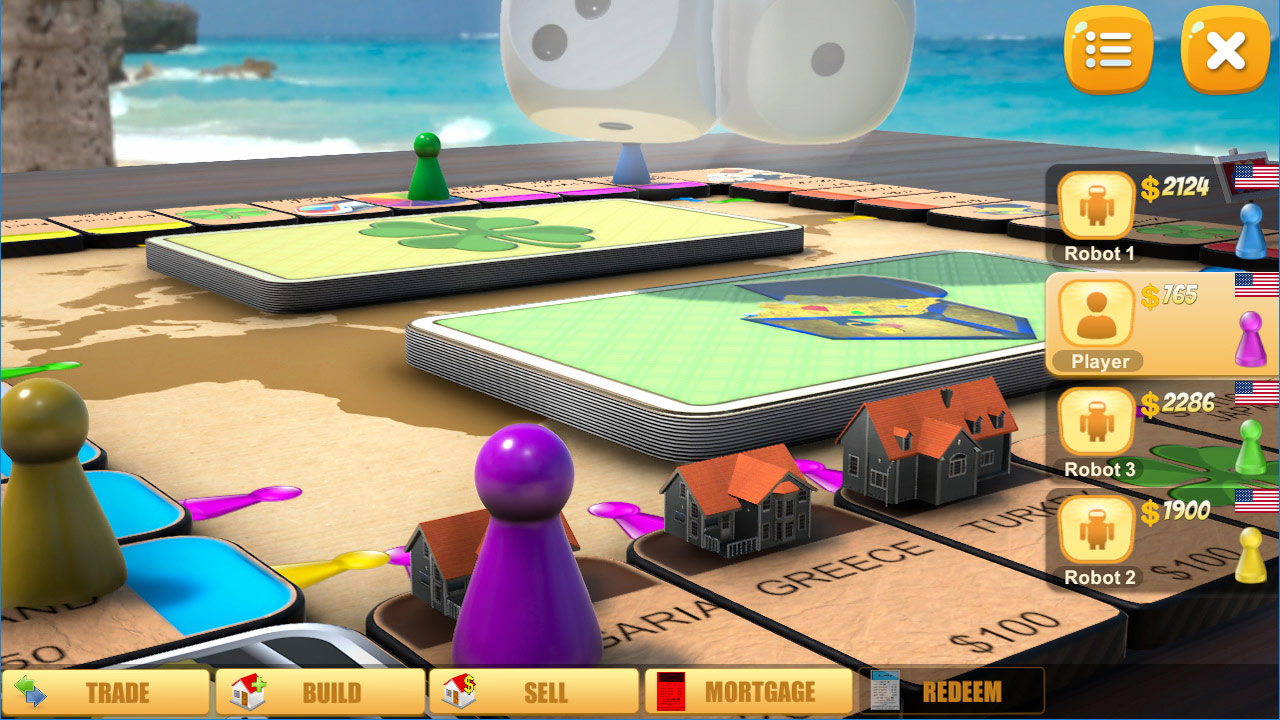 However, the game does possess a few elements that take some getting used too, mainly in the execution of certain functions such as trading or auctioning and more worryingly, re-buying mortgaged properties; something that I still hadn’t figured out by the time of writing this review. There isn’t a great deal of tutorial help or instructional information regarding the mechanics of these features. However, with a bit of experimentation and practice, you can easily learn how most of these functions work. Whether you play as a solo experience, or against other players, the main core of the gameplay, as well as all of its functions, play a suitably engaging game; one that is easily on par with the more expensive Monopoly title. There were no shortage of online games to play, although one thing that did gripe me, is that local multiplayer uses a function of passing the Switch from player to player; not the best mechanic when considering the Switch’s joy-con functionality.

The game also contains a set of in-game achievements that can be unlocked. It provides a satisfactory reward for continued play and a mechanic that forces you to keep on playing. Not that it really needs it though, for as it stands, Rento plays a very decent game that, despite its basicness of functionality, keeps you fully invested with its enjoyable experience. Overall, if you’re looking for a good alternative to Hasbro’s game, then Rento Fortune Monolit will provide you with that. It’s similarities are instantly recognisable and its new mechanics offer a freshness to the formula. Whether playing solo or against others, there is a good challenge here; although I must admit that the AI did seem a bit unevenly unfair at times, especially when it came to dice-rolling. It’s something I’ve seen before, particularly on mobile platforms and it has to be said, that these versions were far more unforgiving than Rento’s offering. For its price range though, this is a game that offers outstanding value for money, making it a game that won’t break the bank.

A decent Monopoly-clone that easily matches its playability, all within a price range that won’t break the bank.