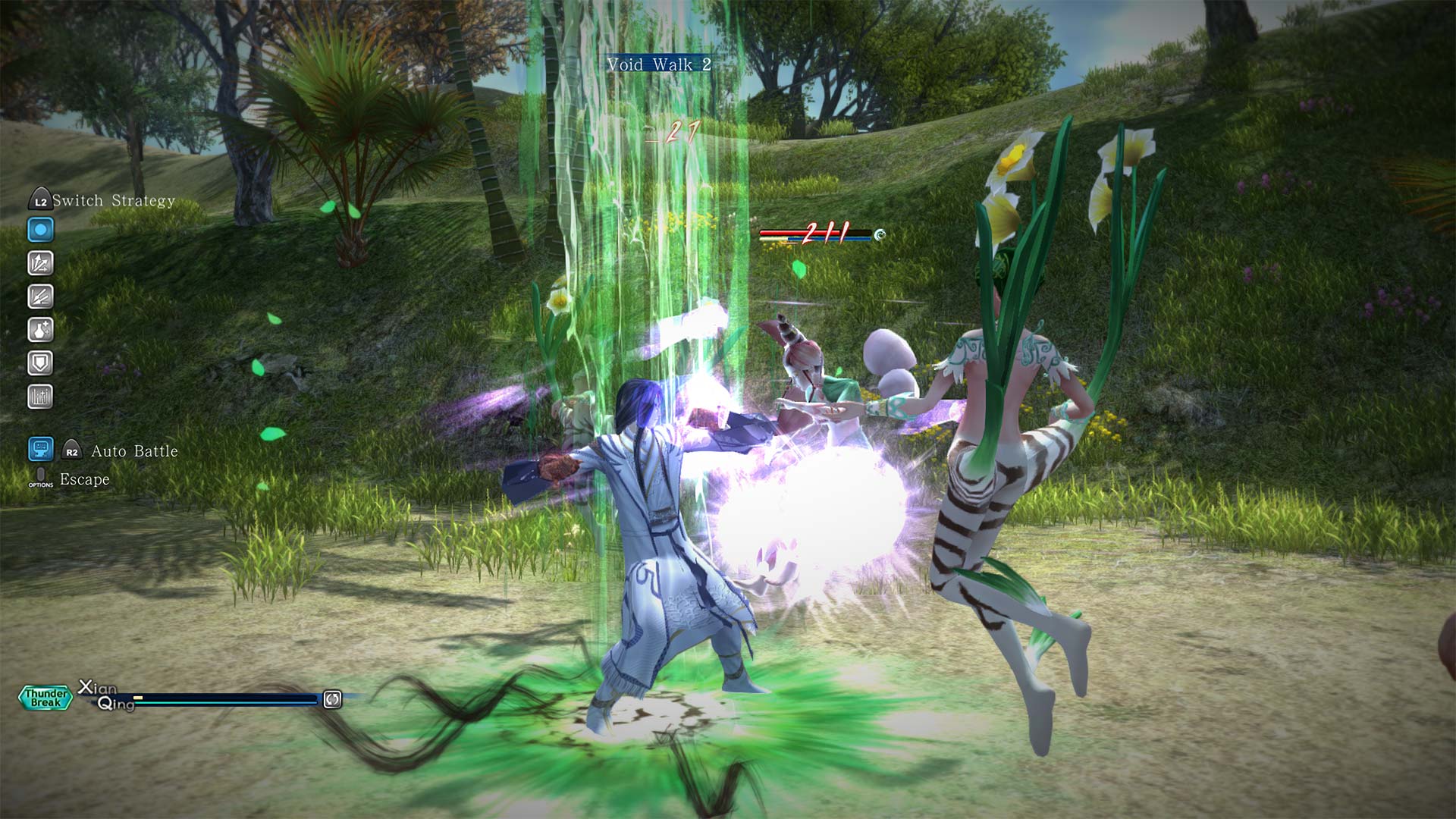 It was my first time playing The Legend of Sword and Fairy. I did a bit of research into the games past. Originally it was called the Chinese Paladin and is always based on Chinese Mythology and Wuxia (martial heroes) fantasy. Reading this got me excited, it is one of my favourite Chinese films as well as stories.

The series started in 1995, and there are ten mainline entries as well as several spin-offs. Each of the previous entries was received well. Watching gameplay of these older games I could see why the stories seemed interesting, graphically they looked decent for their respective era. The turned based combat flowed well, and it looked good. Then we get to The Legend of Sword and Fairy 6, that was criticised and received poor reviews for poor optimisation among other aspects.

The game starts with setting the mythology of the world I was embarking on. It sounded so good.

Nine wells nourishing life and all where equal. Until the three races of gods, humans and beasts that occupied the land became selfish and self-centred, and with ever scaling conflicts, there was great turmoil in the land. Eventually, the gods and humans allied and defeated the beasts. The beast fled to the demon realms and the nine wells where they scattered, changing to fit their environment. Time has continued to flow, and the wells are but forgotten. 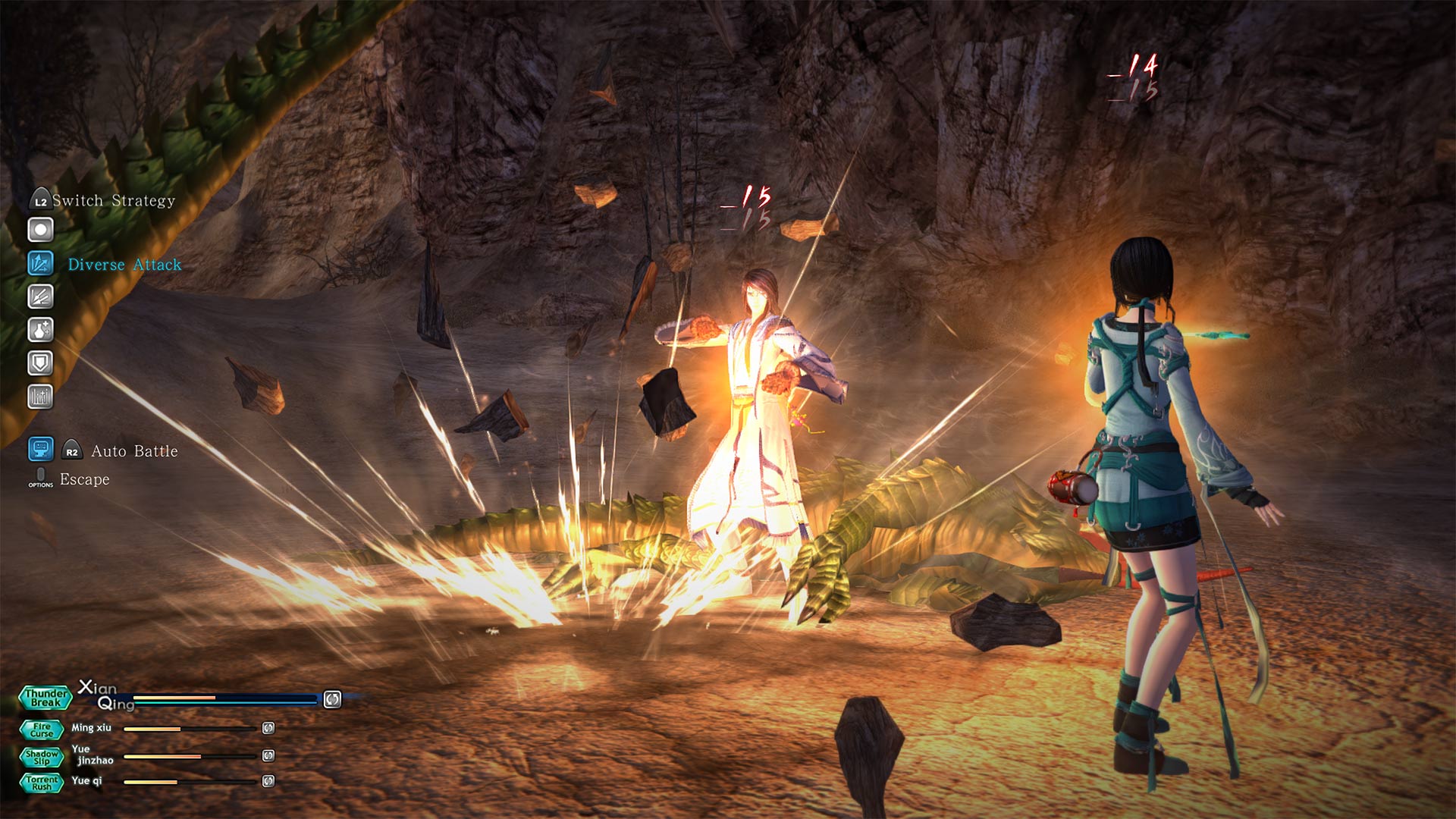 The story centres around Yue Qi and Yue Jinzhao, The Legend of Sword and Fairy 6 starts amidst evil cults and magical green flames, for some reason, maybe to make the place look scary. As the pair learn more about their strange powers and themselves, it turns out they are a danger to the world.

When I started playing The Legend of Sword and Fairy 6, I was as in the dark as our two heroes were as to why this was all happening. At this moment, I had an epiphany; it was as if the developers wanted the player to empathise and feel the confusion. The story itself is well written and engaging.

The story in The Legend of Sword and Fairy 6 is about the only thing that was worth spending any time on.

As this is an RPG, there are plenty of enemies to vanquish if you can figure out the blasted battle system. There is a tutorial upon entering the first battle; it is four pages of nonsense that helps nothing. I read the tutorial and still had no idea what I was doing. It was not until about two hours in, did I even realise there are two attack stances. It must have been about the four/five hours mark until I understood the battle system competently enough to enjoy battles.

I sound harsh but an RPG lives and dies by its battle system, and I’ve played a lot of them, and this is by far the most complicated. Not to mention the HUD that does not help much.

Not everything was a disaster with the battle system, and there were a couple of redeeming features. Firstly it plays not too dissimilar to Final Fantasy XII, whereby waiting on the party member’s attack turn, it is possible to change the character that the player is controlling, and issue simple commands to the other party members. 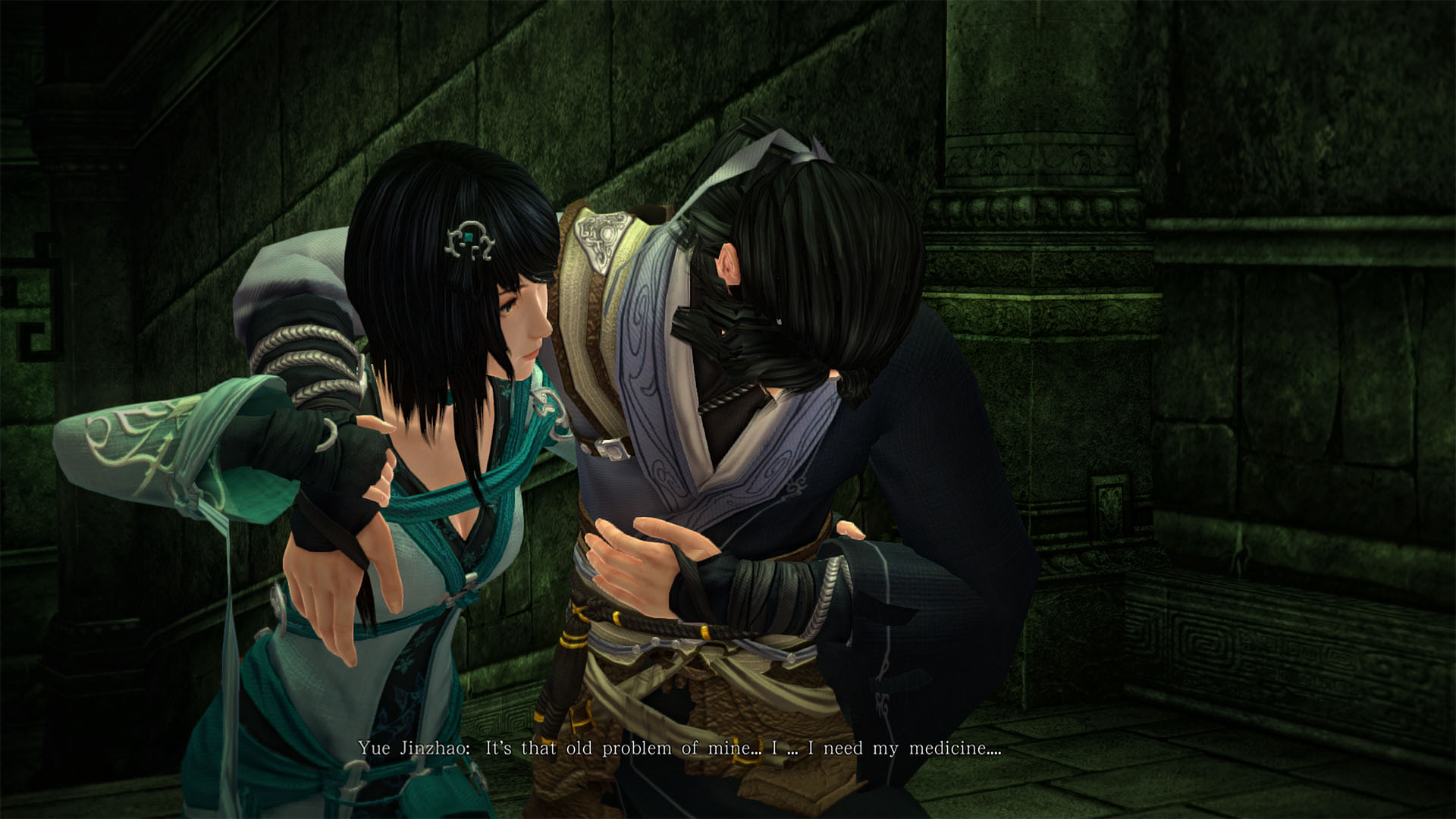 Secondly, it looked beautiful; the attack animations reminded me of Chinese Martial arts film, flips spins high wire stunts. Add in flashy visual effects and elemental properties then it is one of the best looking I have seen.

There is next to nothing explained well in how to play the game. A lot of the game was just trial and error and knowing enough about how RPGs work to have a relatively good idea of what I was meant to do.

Graphically The Legend of Sword and Fairy 6 is nothing more than middle of the road, for the most part. Battles look stunning, but some of the world its self was sub-par. The voice acting is excellent, so it is a shame some of the subtitles are not on the screen long enough to read.

I could go on to list more problems like long load times, but I think we all get the idea about The Legend of Sword and Fairy 6.

I have not seen a game that runs so severely poorly, and I am using a PS4 Pro and The Legend of Sword and Fairy 6, struggles to let me walk down a street without skipping a frame or ten every few seconds. It is unacceptable in today’s market of video games.

The Legend of Sword and Fairy 6 is a broken, almost unplayable mess that needs to be optimised to play. Stay as far away from it as possible the story is not enough to warrant playing the bug fest. Even with its few redeeming qualities. I took one for the team.

Follow Yue Qi and Yue Jinzhao as they try to find out who they are and what this magic power is that they both have. Warning! read this before buying.