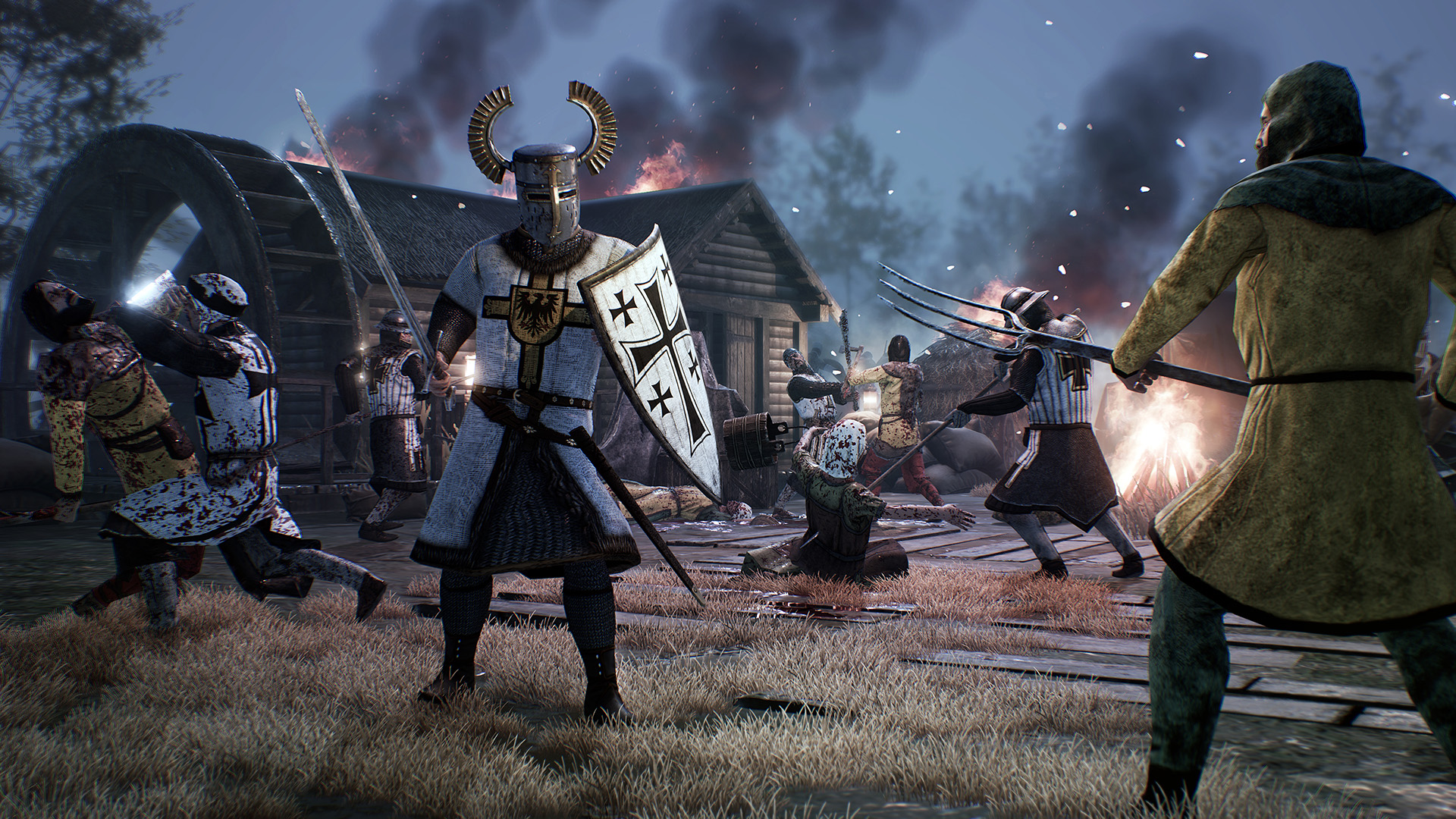 Since the launch of Halo Wars 2 way back in 2017, there has been a noticeable dearth of memorable RTS titles on next gen consoles. However, nature (and presumably the games industry) hates a vacuum and so it was only a matter of time before a developer stepped into the breach with a product offering to satisfy our RTS craving. And so we have Ancestors Legacy, hailing from Polish studio Destructive Creations, those of Hatred fame.

Ancestors Legacy is a traditional top-down title created in the vein of Company of Heroes and, to a lesser extent, the Age of Empires series. The game is set somewhere between the 8th and 13th centuries and gives you the opportunity to play as one of four factions: the Vikings, the Slavs, Germans or Anglo Saxons. Each faction has its own heroes and individual strengths and weaknesses. The Vikings, for example, have a formidable infantry but no cavalry, while the Germans have great horsemen and the Anglo Saxons possess top drawer bowmen.  Like most RTS titles, Ancestors Legacy is a constant challenge of the rock-paper-scissors variety where you’re tasked with employing your troops in a way that makes best use of the terrain and your enemies weaknesses. 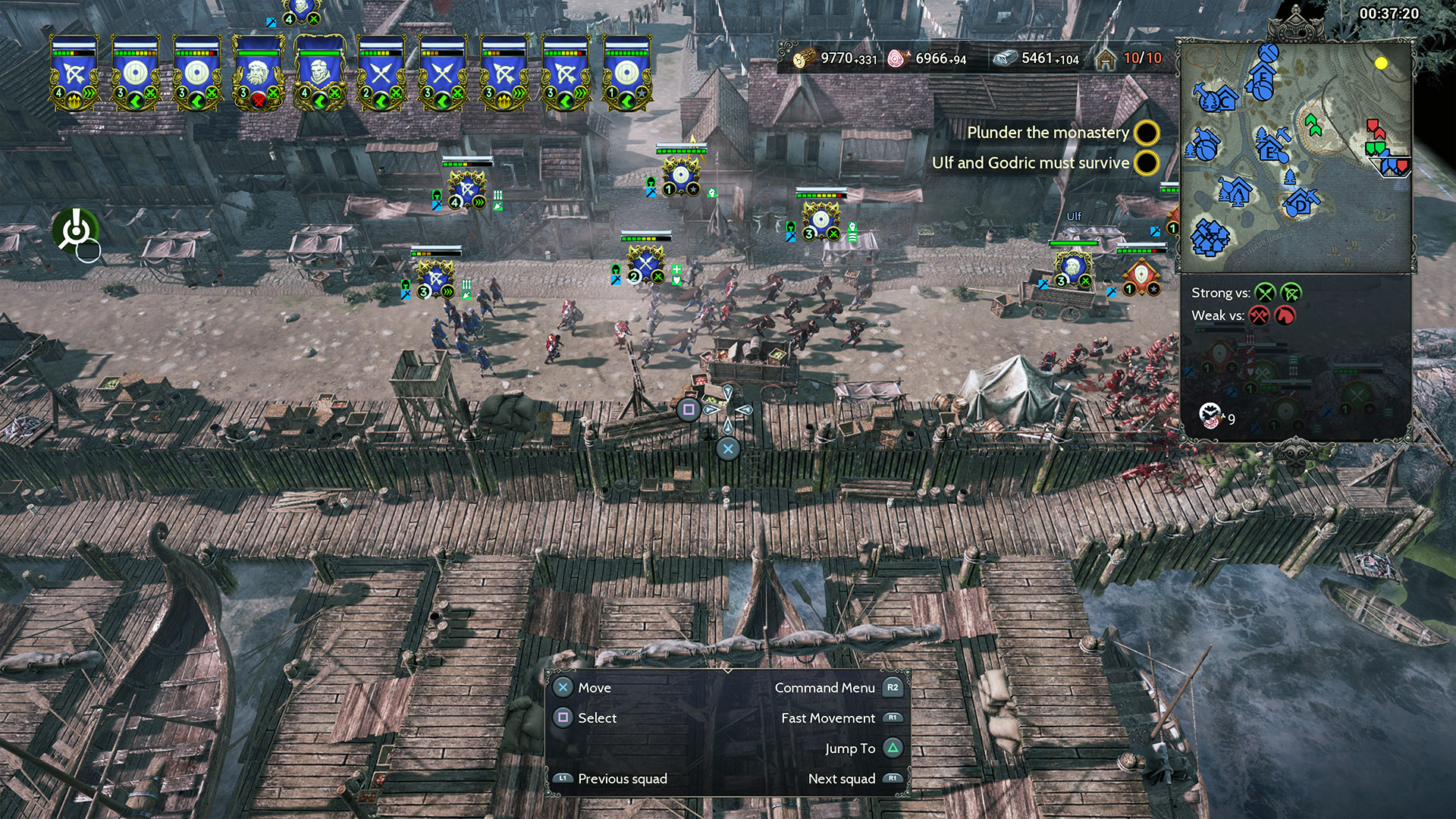 There are some 30 – 40 campaigns to hack and slash your way through which will take you a good 20 hours of game time. Ancestors Legacy is curiously weak on some staple traditional RTS options. For example, as the campaigns progress you’re finally able to build your own base and collect resources. However, Destructive Creations have opted not to include the choice of placing your buildings where you deem fit. Instead all buildings are automatically built on pre-determined areas of land that’s out of your control. Also the only way to manage the resource gathering is to take over nearby villages rather than juggling the number of workers you want assigned to a particular resource.

As in Company of Heroes, Ancestors Legacy’s combat emphasis is on controlling squads. Skipping from one unit to another is a breeze with the PS4 controller and assigning them to a particular spot on the map, just as easy. Where things become slightly more tricky however, is the fact that you’re not able to re-manoeuvre your troops when they’re engaged in combat. In some cases we found that we had misjudged a situation and launched a premature attack only to find that we had been flanked by the enemy. Without the ability to reposition our troops, we were left watching the massacre as our troop numbers dwindled in seconds. Matters aren’t helped by the fact that Ancestors Legacy also includes a ‘friendly fire’ feature which, essentially, means your bowmen could kill many of your own men and,  without the ability to reposition them,  matters can be a little frustrating. 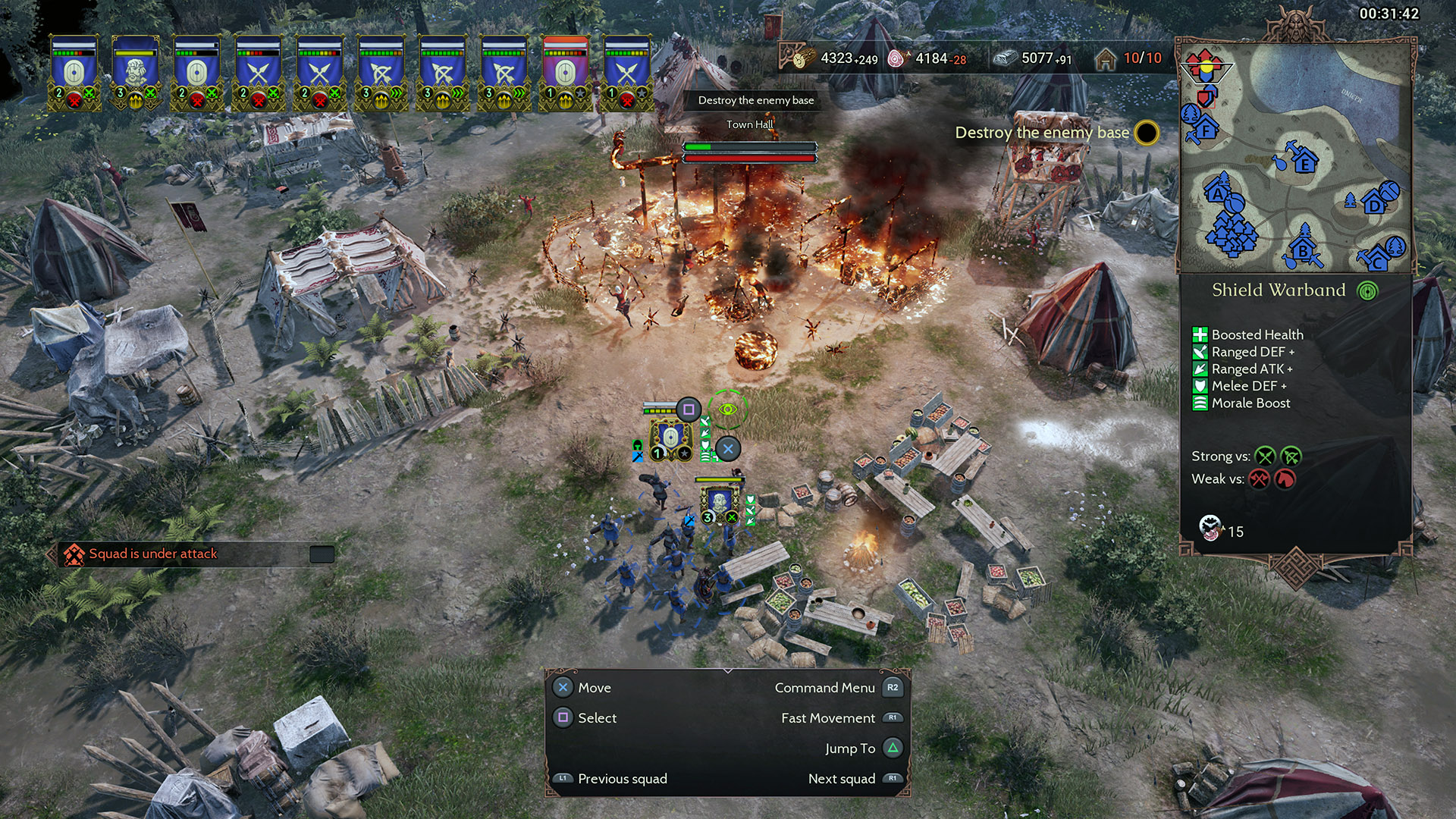 On the upside Ancestors Legacy is a challenging and rewarding title that is nothing short of a visual treat. Whether you choose to zoom in or out on the action, the level of detail on offer is hugely impressive. When you zoom in to watch the combat you can actually see your troops hacking and slashing at the enemy. Excellent. The in-game sound is just as stunning. From the sound of combat,  the war cries of your squads to the highly rewarding report of metal against steel, Ancestors Legacy does an amazing job of immersing you in its campaigns. It’s worth noting that the games story line is by no means as engaging as the combat and the cut-scenes do little more than connect the battles. But, when the battles are as rewarding as these to see and hear, we can forgive Ancestors Legacy its shortcomings. Historically, the developers employed a great deal of artistic licence to the title. For example, in Ancestors Legacy the Viking siege of Lindisfarne was portrayed as a mighty battle against a fortified city when, in reality, history has shown that it was little more than a bunch of raiders wiping out an undefended church. But, hey, that’s show business folks.

Despite its few shortcomings Ancestors Legacy is a fun RTS title with watered down micromanagement and a huge emphasis on squad battles. This may well be a big plus for multiplayer as it means you’ll spend less time juggling resources and more time planning to ransack the enemies fortifications and laying waste to their armies.

A fun RTS title with watered down micromanagement and a huge emphasis on squad battles.