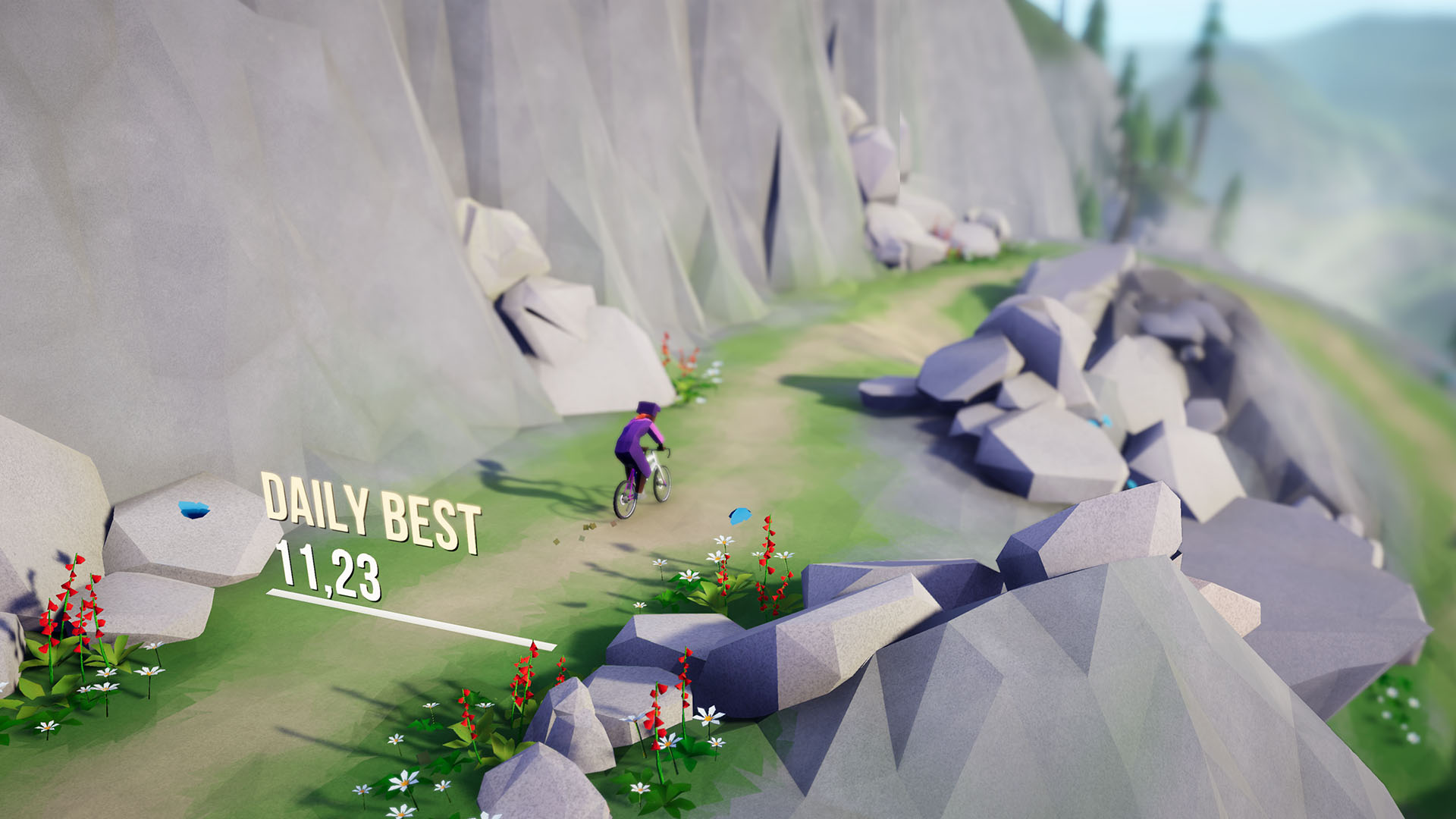 From the outside, Lonely Mountains: Downhill appears to be a nice and cheerful little game, as its bright colour palette and low-poly visual design result in a title which looks not just approachable, but most importantly easy going. However, as most of you know, looks can be deceiving and in this instance, the looks of lonely mountains are exactly that, as this particular title is the exact opposite of a little, cheerful, indie game. In fact, it can be at times so incredibly evil, that it can give games such as SUPER HOT a run for their money.

When it comes to the core gameplay, Lonely Mountains: Downhill is rather basic. You accelerate with R2, break with L2, and use the left stick to steer. That is easy enough, especially considering the fact that Lonely Mountains: Downhill features two control schemes, one which allows you to turn either left or right, and one which allows you to move in any direction – according to the screen. While the latter is much more accurate, then the prior is much more intuitive and more suitable for first time players.

On paper, all you do in Lonely Mountains: Downhill is, quite literally, ride your bike downhill. That sounds easy enough. However, the titular mountains and the trails based within them can be so sinister in their difficulty, that they could drive you into insanity. At the beginning its not that bad, you are bound to fall from your back half-a-dozen, or maybe even a dozen of times, but that’s not a big deal. But the further you get into the game, the more difficult the tracks become and the more painful are the requirements to unlock them. 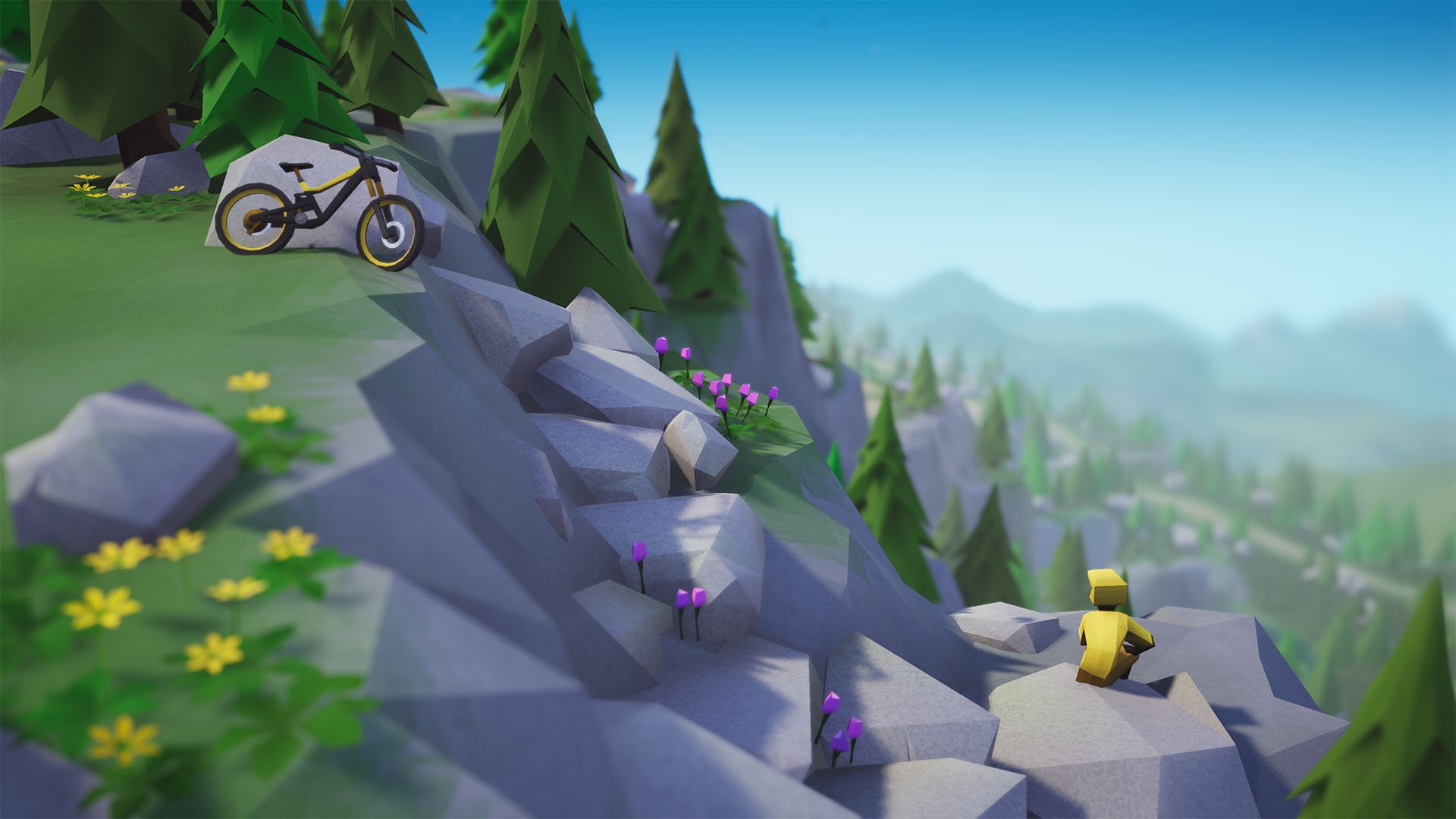 Unlocking a new trail, or a mountain, can be as trivial as having to complete a stage with X amount of crashes, or fewer. However, soon enough that requirement turns from crashes to time limit and while Lonely Mountains: Downhill does you a favour by stopping the time whenever you crash, then even with that in place, it can take hours to achieve the pre-set time limit. That’s mainly due to the fact that in order to get some of the time records, you need to use shortcuts, which for the most part are camouflaged, obtuse, and in-short, rather hard to find.

The shortcuts themselves, can often help you shave seconds of your trail time. However, on the majority of trials, especially from the second mountain onward, they’re rather risky, as they involve jumps, balancing acts and narrow high-speed paths. Sure, if you have the conviction to 100% Lonely Mountains: Downhill, you’ll be able to do it sooner, rather than later. But if you simply don’t have the time or patience to do so, you will likely miss out on the majority of the title’s content, as without the commitment, you will only unlock 50% of all the in-game trails, and barely any cosmetic or functionable items.

Don’t get me wrong, the core gameplay of Lonely Mountains: Downhill is thrilling, exciting, and an all-out blast. As being able to bomb down steep forest and desert mountains, is incredibly satisfying. But once you reach the finish line, and are faced with the fact that your efforts resulted in very minimal, if not, non-existent rewards, then the feeling of elation will quickly dissipate and you’ll be faced with a fairly bitter taste in your mouth. The only thing that really saves Lonely Mountains: Downhill from being a disappointment, is that it was designed to be played in short bursts over weeks, if not months. 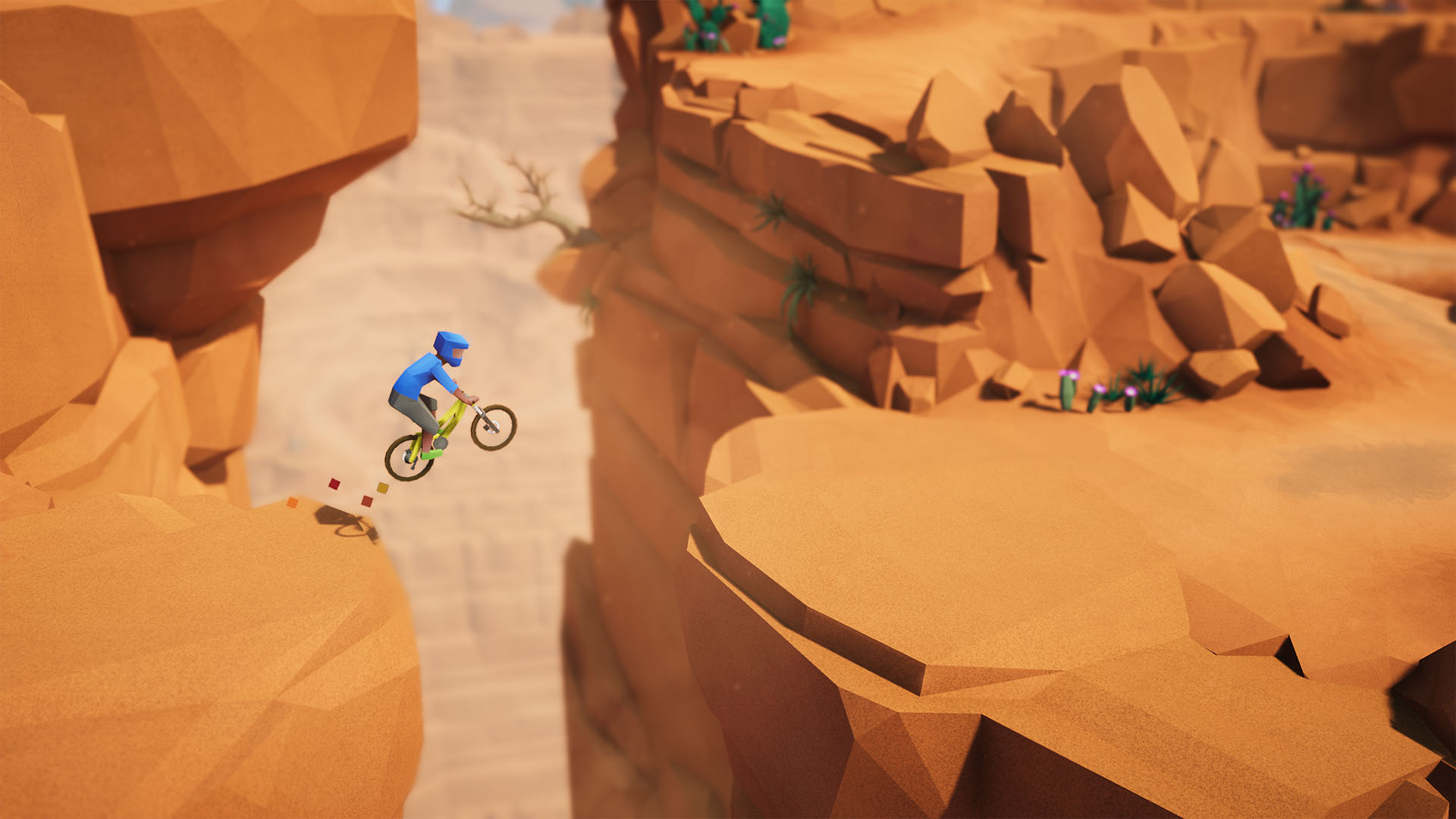 Lonely Mountains: Downhill, is one of those games which barely takes any space on your console’s drive, so you keep it around, just to jump back into it, whenever you are waiting for something else to download, or when you get sick of getting shotgunned across the map in Modern Warfare. So if you were planning to grind it just like you would any other arcade game, then you may ultimately end up being disappointed with what this title has to offer.

Another thing that has to be said about Lonely Mountains: Downhill, is that despite of its rather simplistic visuals, it is not exactly squeaky clean. For the most part, it runs perfectly fine, but whenever you start bombing it down the trail, the framerate begins to collapse and at times, the game at hand even hitches completely and there’s a period of one to two seconds where it quite literally gets stuck. Sure, it’s not a problem if you are playing Lonely Mountains: Downhill for leisure, but if you are trying to accomplish 100% completion, you are going to have a rather hard, and frustrating time.

Ultimately, Lonely Mountains: Downhill is a decent arcade game. The controls are fine, and the physics behind the riding model are acceptable. However, it lacks that proverbial carrot on the stick, which it so sorely needs due it its rather immense difficulty spikes. The amount of content which Lonely Mountains: Downhill possesses, is perfectly fine, but it is ultimately not worth the grind, and/or the shattered nerves, which are required in order for all of it to be unlocked. So, depending on your dedication, Lonely Mountains: Downhill can be a 20 hour long game, which is definitely worth the asking price or a 20 min long fling, which will make you regret every penny that you’ve spent on it.

Lonely Mountains: Downhill is a decent arcade game, with rather erroneous difficulty spikes.