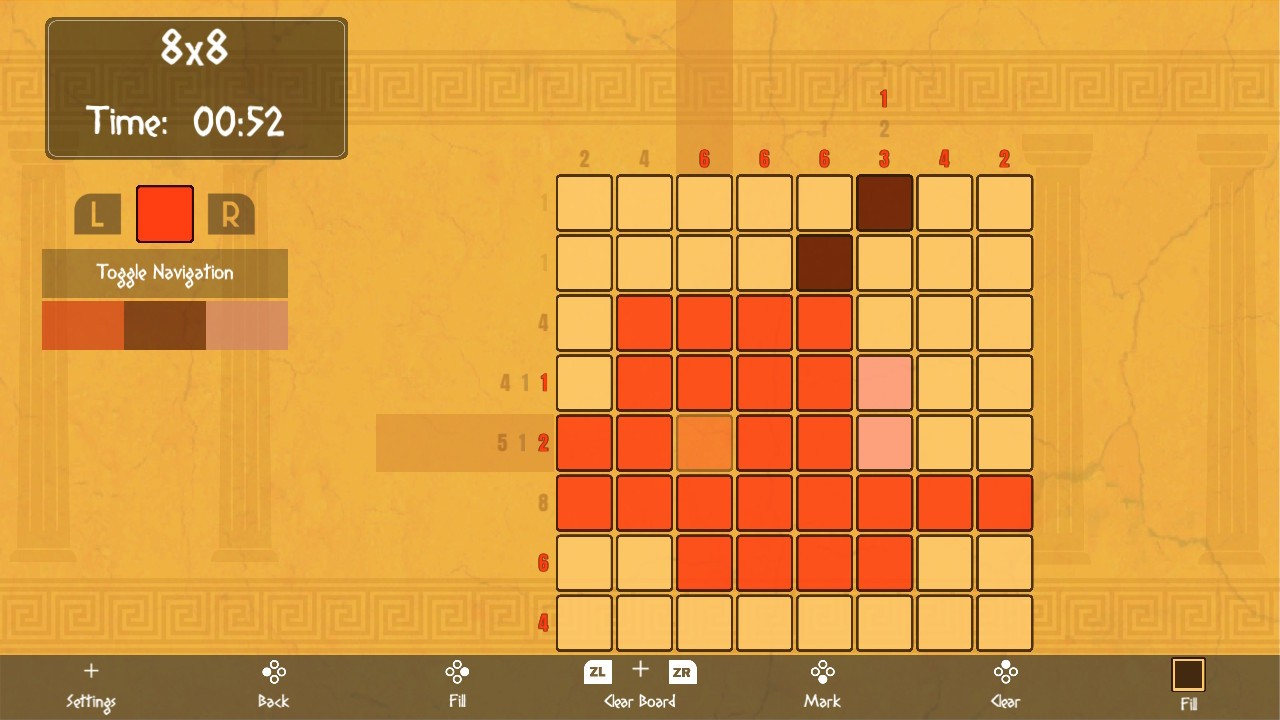 Puzzle based games have long been a staple diet on the Nintendo Switch. Because of the console’s dual function as a portable gaming device as well as a living room entertainment unit, the Switch is perfectly suited for casual games that require you to just turn the console on, play for half an hour and then do something else. With this thought in mind, we weren’t completely surprised to hear that Nonograms Prophecy by indie developer No Gravity Games (those of Exorder and Inner Voices fame) had finally made its way to the Nintendo Switch. Very similar to Picross, Nonograms Prophecy is a logic game in which you uncover a hidden image by working out which cells in a grid are shaded and which remain clear.

The brain child of graphics editor Non Ishida (nonograms literally translates to Non’s puzzles), Nonograms Prophecy gives you clues in the form of numbers at the top and side of the grid, telling you which box is shaded. 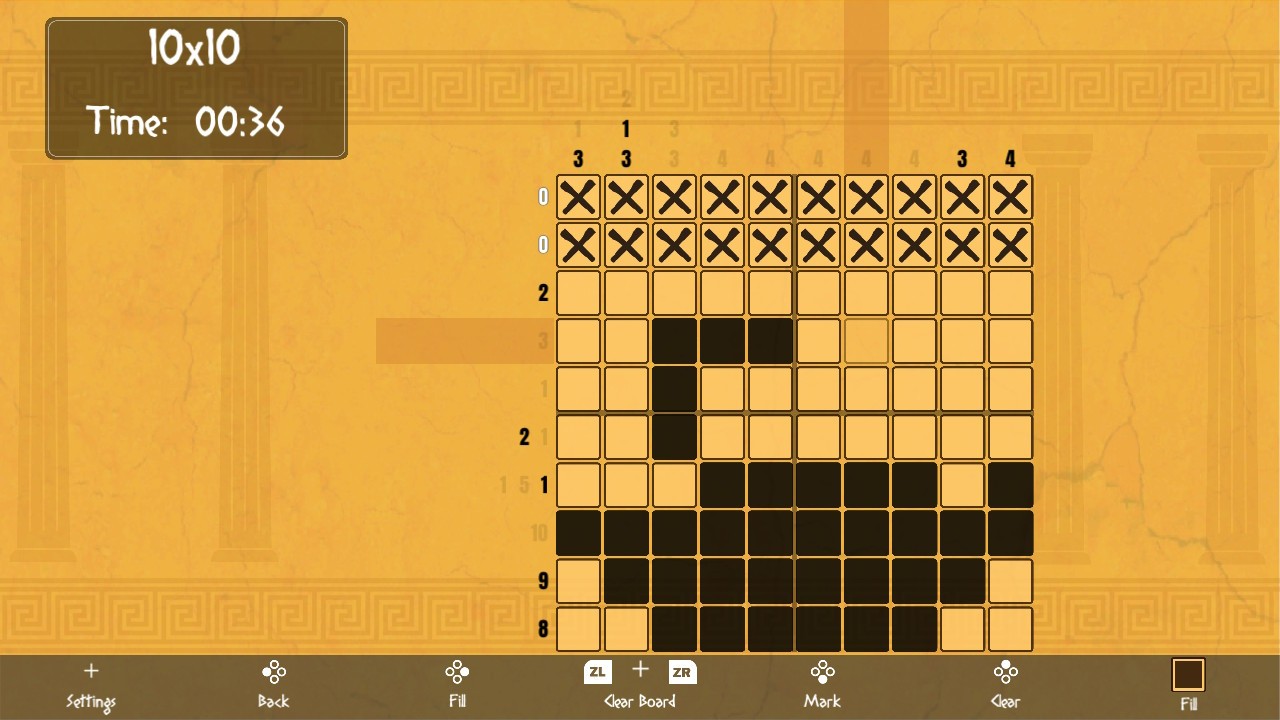 Nonograms Prophecy offers some 380 challenging puzzles ranging in size from 5×5 grids to the monster 20×20 brain melters. Although the premise of Nonograms Prophecy sounds simple enough, in  practice it can take anywhere from a minute to a good half an hour to solve some of the more demanding puzzles.

Nonograms Prophecy is an unashamedly streamlined, no frills affair with the core focus being on game play rather than distracting bells and whistles.  The game employs very basic colours, the background music loops continuously and can’t be changed and, after the starting tutorial,  there is no help or hint system. The result of this Spartan approach is a game that can be both challenging and frustrating at the same time. It’s possible that I’m actually rubbish at Nonograms Prophecy (and only think that I’m good). But some of the puzzles seemed to be totally beyond me even when I thought I’d followed the clues down to a T. 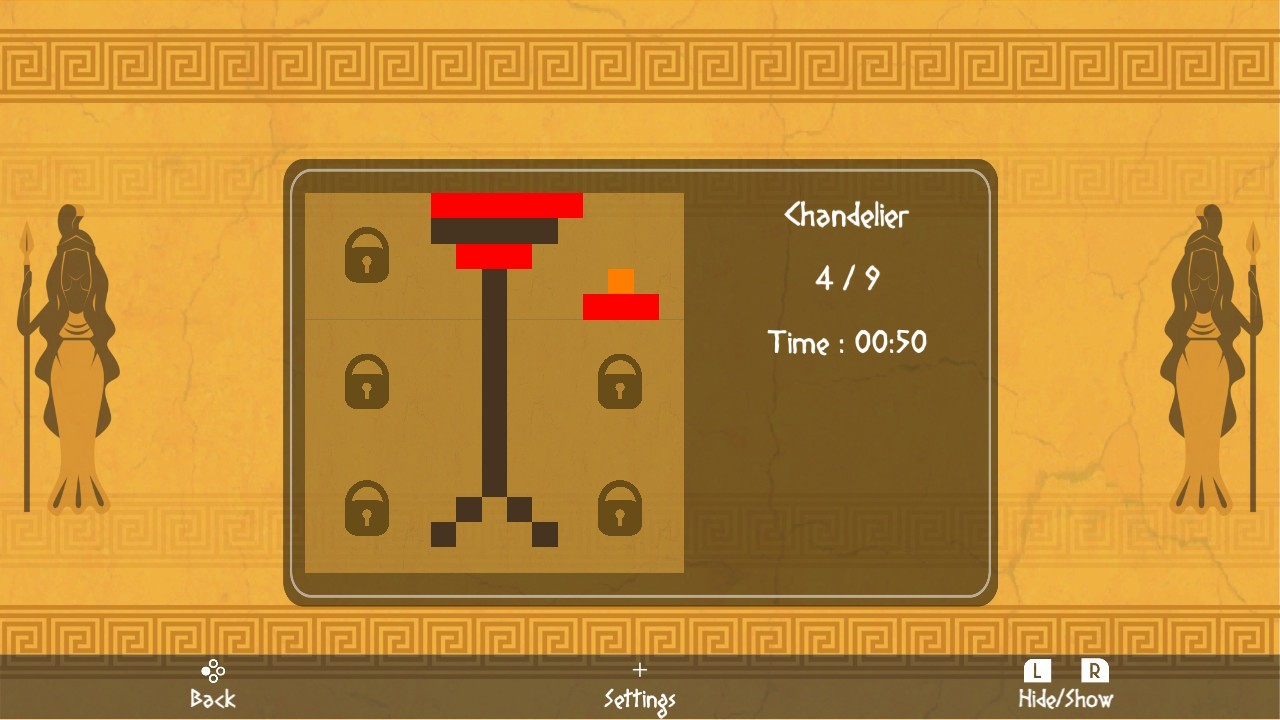 The fact that the only passing node to frivolity is the inclusion of a timer on the screen made it even more frustrating as you could see the seconds ticking by while you resorted to sheer guess work to try and solve a particular puzzle. Nonograms Prophecy offers three gaming modes including a normal mode and two more advanced groups. Unfortunately I wasn’t able to try out the other two modes as they have to be unlocked by completing the normal mode which consists of some 138 puzzles.

Despite its no frills presentation, Nonograms Prophecy does provide a story line of sorts. Basically each of the puzzles are a challenge from Zeus and the game is played in an area designed to look like a Greek temple.  Other than that, this is a no-holds barred brain challenge pure and simple. If you enjoy testing your logic abilities and have the patience to retry the same puzzle over and over, then Nonograms Prophecy may well be the game for you. It’s a shame the developers chose not to include a global leader board, hint assistance or some sort of reward system that you could accumulate to unlock future levels. These niggles aside, and despite the occasional moment of frustration, Nonograms Prophecy is a challenging and satisfying game that will keep you playing for at least a month. It’s certainly not a mass market offering but, rather, a gift for those with patience, mental dexterity and the willingness to challenge themselves.

A gift for those with patience, mental dexterity and the willingness to challenge themselves.