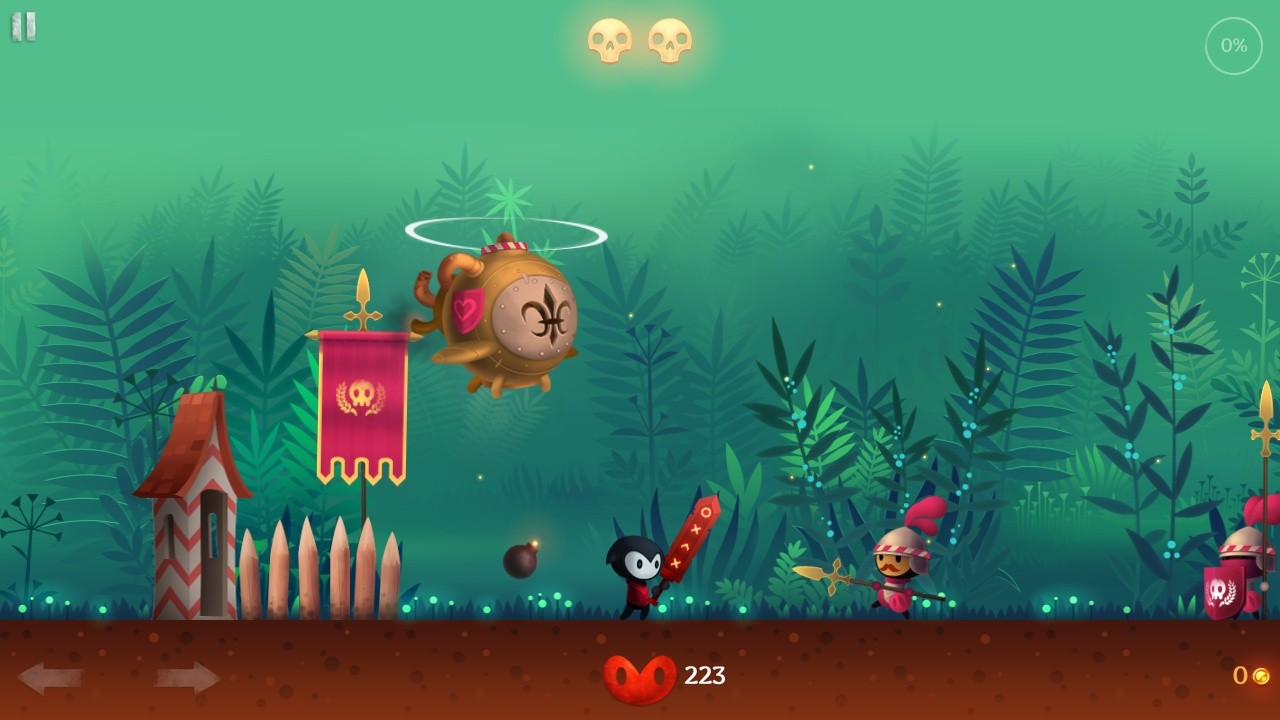 Reaper: Tale of a Pale Swordsman is a game that I should have been able to finish a review for days and days ago, but I simply kept forgetting about it. Granted, I haven’t been churning out reviews at nearly the clip that I used to, but I still have a life outside of video games (albeit barely). I’ve been spending time with the family, working, trying to get my life in order and all that jazz before the end of the year, and, if I hadn’t written anything, that would simply be that. But I have. I’ve been able to write about other games and experiences in that time, and I only seem to remember Reaper when I’m sorting through my Switch titles and need to update Mario Maker 2 for that delicious Zelda content that’s finally arriving. What gives? How could this game keep getting pushed to the back of my psyche? Truth be told, I think the problem with my reviewing is the same problem with the game: Reaper is utterly forgettable.

The premise is simple enough. There’s these two warring factions in a fantasy land that have finally struck an accord of peace, and the Imperiums (who represent progress and civilization) and the tribes of Wilderness (which is self explanatory) are in an uneasy truce. Still, there is clearly a feeling of unrest dwelling beneath the surface, and it’s no more clear than when you, the character, awaken. You’re a pale dude who just woke up in a cave, and you got a good sword swing, and now you’re out to do stuff. Yea, you’re clearly the embodiment of Death in some way, but what are you going to do about that? The future of the Wilderness is ultimately in your hands, because the warrior’s blade swings however the wind blows.

Reaper: Tale of a Pale Swordsman is touted as an action RPG, and I can see both sides of how that is represented within the game. On the main map, you move from area to area, getting asked to take part in quests and move the story along however you see fit. For example, you might run into someone who is having trouble with Wilderness tribes harassing their farm, and you have the choice to go and do something about it, or just tell the farmer to figure it out himself. Additionally, the tribes might contact you and explain that someone from the Imperium isn’t honoring the truce and is still encroaching on the Land, so now you gotta decide if you wish them luck or go wet your blade with Imperium blood.  Each and every decision moves the storyline forward in one way or another, so you do have some control over how the tale is being told and what will happen next. Also, as you accept these quests, you unlock further quests, which usually end with you getting gold and being able to do something to upgrade your equipment. 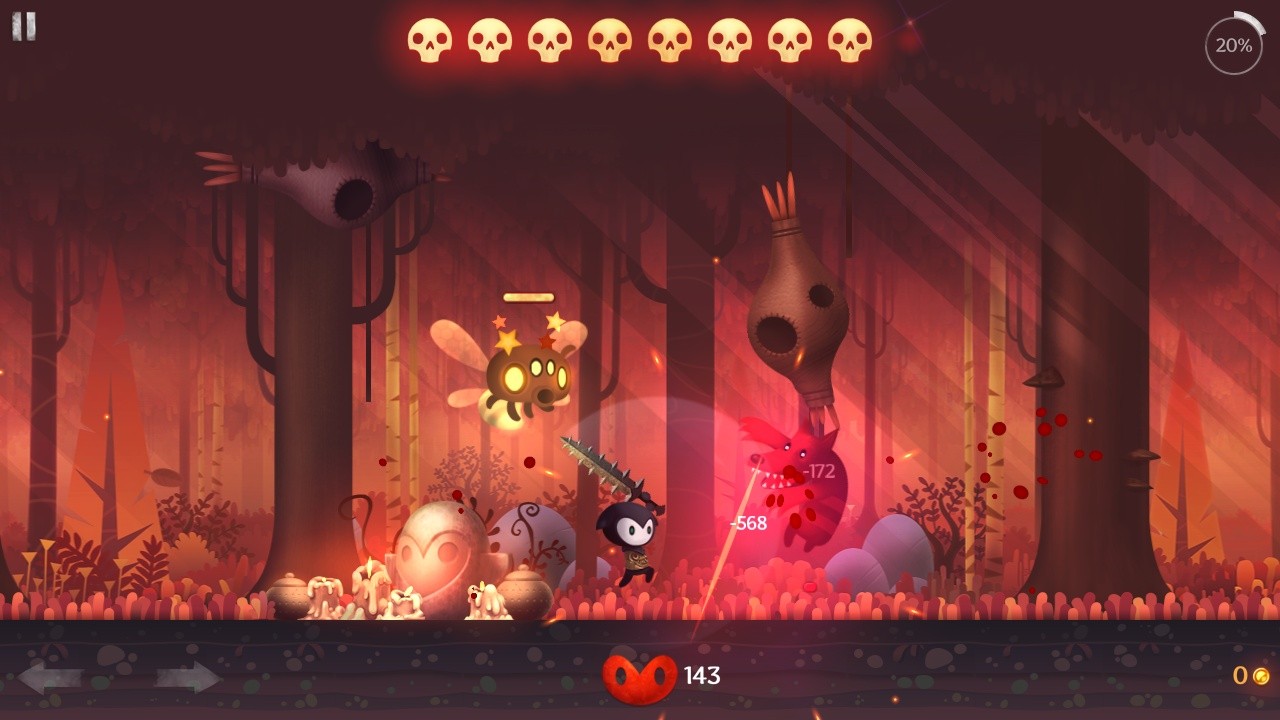 The customizable aspects of Reaper are something that I did enjoy. Your character has a wide array of equipment to put on, from new swords and helmets to two different accessories, and the stores often have a totally different variety each and every time you visit. There doesn’t appear to be a limit to how much stuff you can hold, so outfitting approach can change depending on how you like to play your game. Want to just horde equipment forever and keep changing up your outfits for every battle? Sure thing, go nuts. Need to go minimalist and keep selling old stuff as fast as possible to justify new purchases? That works too! With the different equipment having a spread of passive boosts (more HP, higher defense, extra XP gain or things like that) you get the Diablo problem/pleasure of always looking for new loot and finding new stuff to grab in order to be properly outfitted. It’s decent, and it’s a lot of equipment for a game that installs pretty small and, honestly, is a really good price.

Also, there is a LOT of gameplay in terms of quests and the maps. Leveling up through battle means adding new bonuses to your various attacks as well as actually adding new skills and manoeuvres to your fighting. Just because your Reaper is a little wonky when you first take to the field doesn’t mean it’ll always be like that. Hell, if you really want to see just how far you can go, I recommend taking a break from the normal “Wilderness” campaign and entering into the endless Dark Harvest mode to see what screen after screen of combat and fast-paced purchases will get you. In another timeline, Dark Harvest would probably be one of my favorite sort of game modes that I’d ever encountered. It reminds me a lot of the classic mode of Crimsonland, and I did enjoy that you basically push yourself to hone the perfect Reaper as fast as possible while wave after wave, stage after stage of enemies just becomes more and more imposing.

The problem, though, is that I don’t really like the combat of Reaper, and that’s a massive problem for a game that’s 65% combat, 35% map work. Even though he does eventually get speed boosts and such, Reaper and the NPCs on the screen always feel like they’re moving at half the speed they should be. There’s a drowsiness to it, like you’re playing it while listening to the Turtle interpretation of the Blue Danube instead of being in a frantic combat situation. The jump button is bound to A instead of B, which felt so strange for a game that was also asking you to use X and B as combat manoeuvres. I wasn’t always sure when and where I would be able to do my pinwheeling sword attack or when I would simply trigger a downward slam, and then the environment itself would throw me off. Sometimes I would just keep bouncing around the screen because there was a plant I was springboarding off of, and sometimes that plant would be doing damage and I wouldn’t even realize it. The enemies were difficult in that sometimes there were a lot of them, but there wasn’t a daunting attack or particularly clever/fast attack pattern to deal with. There was just a lot of enemies, and I was severely underpowered at first because I couldn’t navigate the screen to buy and equip items properly. 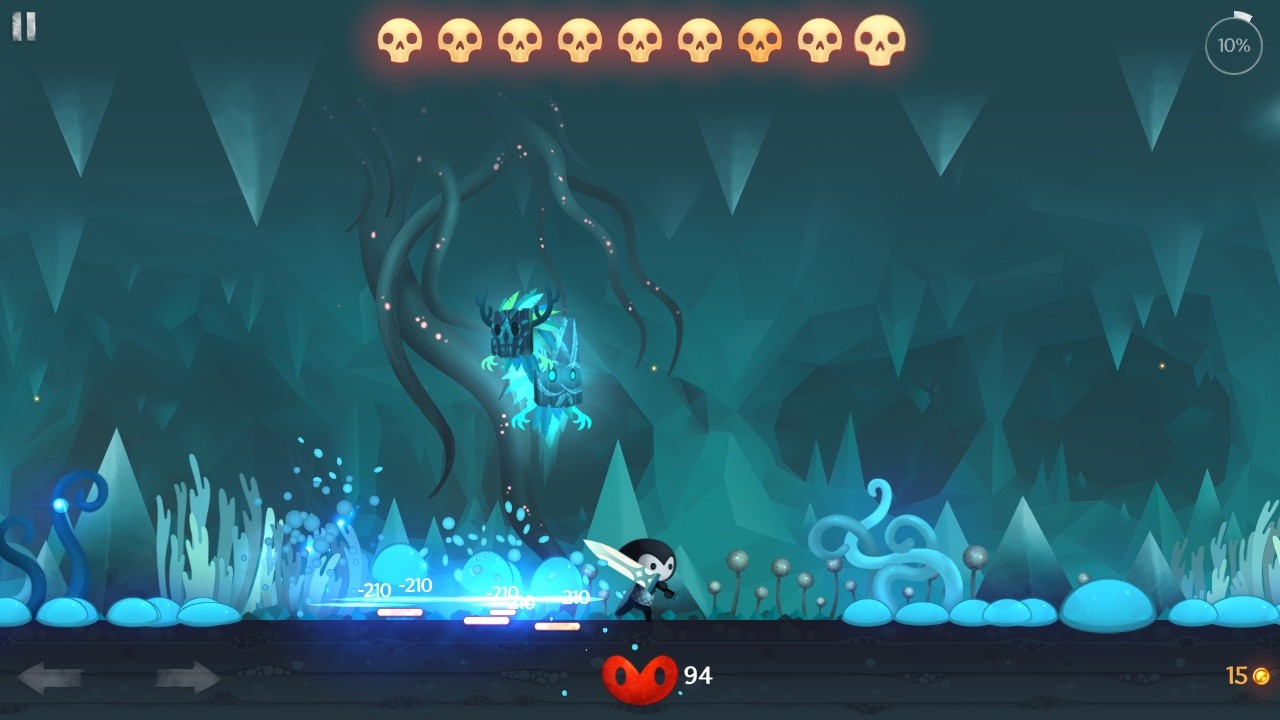 That’s the other swing of the Problem Sword on this game. I didn’t bother to research it, but I strongly suspect that Reaper either was a mobile game first or was intended to be played like a mobile game. You need to use touch screen controls to navigate the map if you aren’t simply moving onto the next mission, because trying to move around with a combination of both joysticks and other buttons never worked. In the store, the L and R buttons are buy and sell, and you peruse the store’s inventory with your right joystick, and your inventory with the left joystick. Since I tend to go through games very quickly, there’s a big pull for intuitive nature within certain elements, and that was lacking with Reaper. I had to pick it up and put it down several times before I realized how to properly move about the world, and then it got better (and I progressed significantly further). Until that moment, though, I was just bored and underwhelmed all the way through.

The graphics are cartoony but not particularly cute or memorable. The soundtrack is something that I couldn’t hum with a gun to my head (I think it was orchestral?). You get to flip around like a dervish and murder a bunch of things, sure, but then you just go back to the map and decide what you may or may not slay next. This is one of those moments where, at six bucks full price, I could kind of shrug my shoulders and say “ah, good enough” if I had bought the game. Maybe you will too, or maybe you’ll be severely upset you didn’t get something else. The long and the short is that Reaper: Tale of a Pale Swordsman is simply “okay.” It’s not nearly good enough for me to want to keep playing it, but it’s not horrid to the point where I would caution people to stay away. The best thing I can say is “know what you’re getting into.” Temper your expectations correctly and you should have a perfectly adequate time. But I think I’m all set with this particular world.

Pale is an accurate description of the protagonist and the general flavor of this game overall.