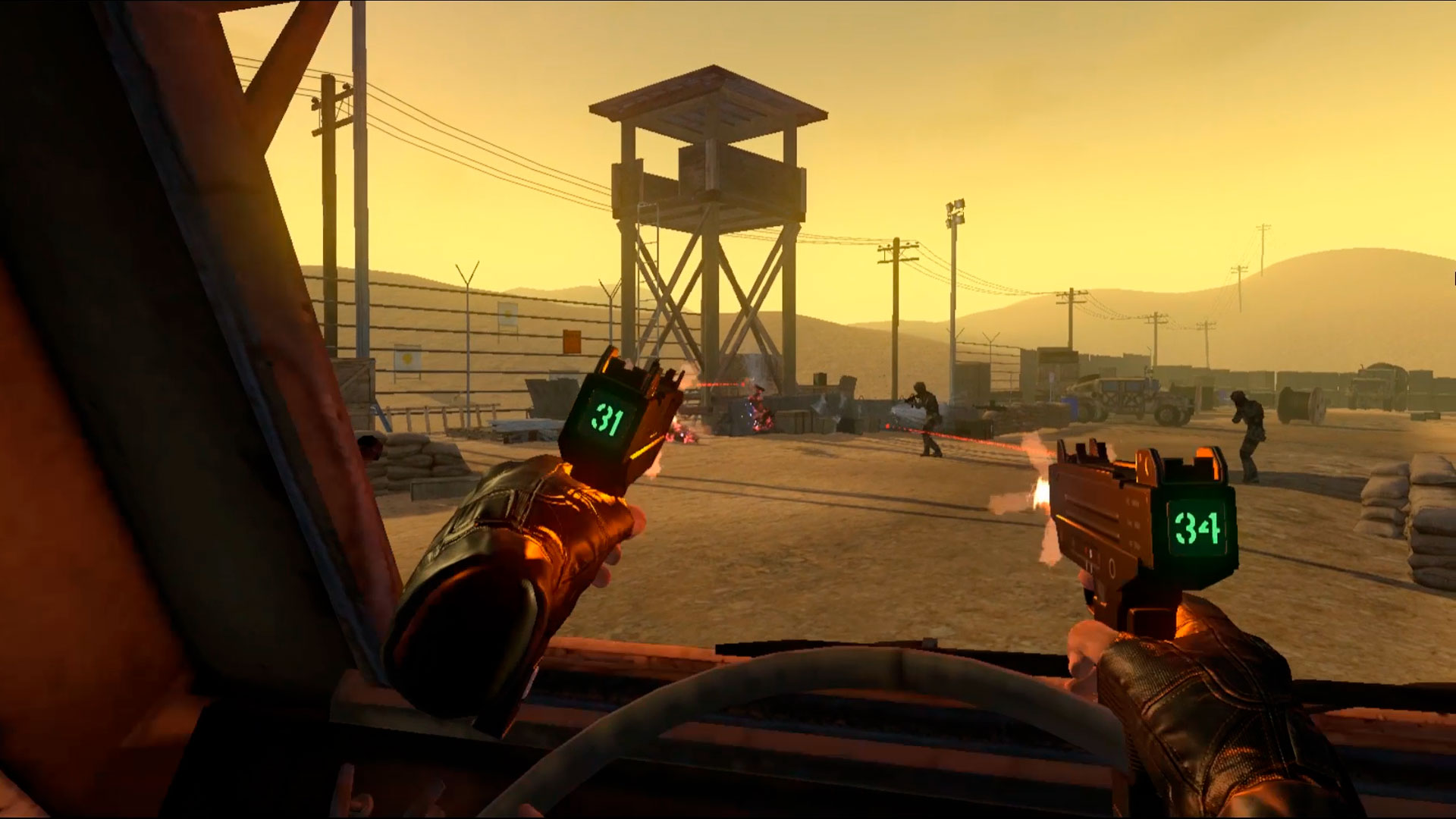 For anyone not old enough to remember, the 80’s Operation Warcade will prove something of an enigma. This was the decade when Michael Jackson (RIP) was still black, Donald Trump was white and ‘internet’ was something you got at the hairdressers. And, if you were a gamer, you practically lived in the games arcade. This was the decade when the arcade machine was king and we loyal and humble subjects fed it by the minute with our hard earned pennies and hours and hours of lives. Flash forward to 2020 and maverick developers Ivanovich Games have recreated the heady nostalgia of the 80’s arcade in a VR world. Now that’s one sentence I never saw myself writing in 2020. The heady nostalgia of the 80’s in a VR world. But that succinct sentence sums up the USP and attraction of Operation Warcade. Set in a virtual games arcade you are presented with a machine that only has two versions of the same game: Operation Warcade.

Operation Warcade is a virtual reality version of practically every on-rails arcade shooter we’ve ever played, but in two very different formats. The first is a 3D version where you are given an Uzi sub machine gun in one hand and a grenade in the other. The premise is simplicity itself; you simply aim and shoot at the screen as you take out wave after wave of faceless enemies. This is exactly how old school arcade machines operated, except you won’t need any real-world coins in order to keep playing and, of course, everything is in a virtual world. 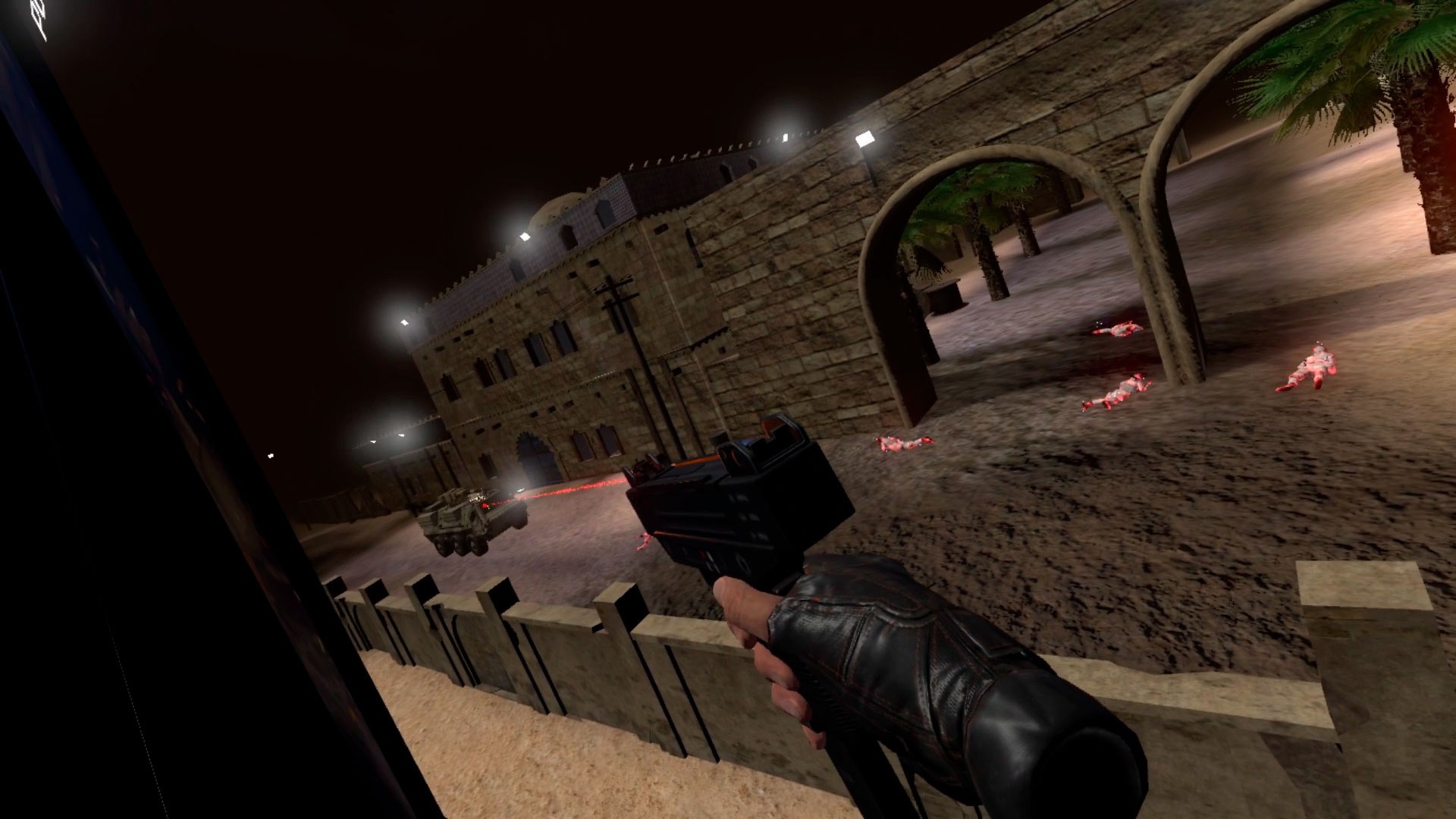 It is, however, in the Immersion Mode that the wonder of Operation Warcade truly comes to life. In this mode you are playing the same levels, except now you are presented with a huge cinema size screen that you can lean into and look around. As the camera scrolls along, there are a number of immersion points that break up the steady pacing of the game. To activate these immersion points you have to shoot a crate or symbol and you’re instantly transported to a level where you’re flying a helicopter, driving a vehicle of some kind, using a bow and explosive arrows, throwing knives at enemy soldiers or staring into the scope of a sniper rifle and aiming at soldiers who appear to be miles away.The first time you’re teleported into an immersion challenge, the sudden shift in perspective can be disorientating, but, repeated a couple of times, and you’ll be looking forward to the next immersion point as you battle through the levels.

There are a total of 108 missions spread over 36 levels. Progression is based on the achievement system, meaning you have to complete certain tasks (three in total) and crank up your points in order to unlock the next level. Some missions will require you to play them again and again as you try to achieve a particular goal, for example, killing five soldiers with one grenade, which adds to the longevity of the game. 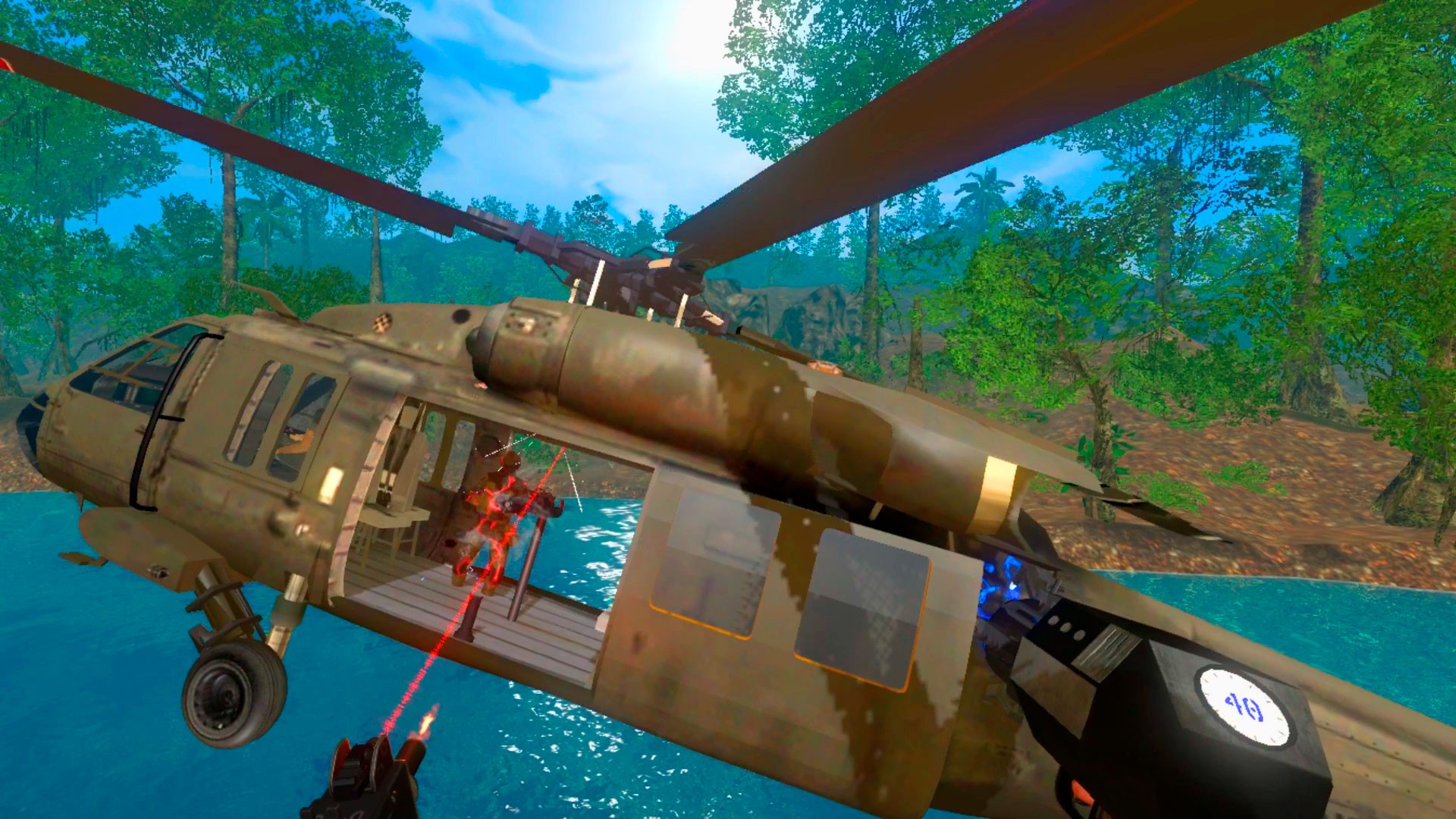 Graphically, Operation Warcade does a surprisingly good job of recreating both the look and feel of an old school arcade game. The games room that you’re actually in is easily the weakest element of the game. There are only a handful of other players, two scantily clad absent minded girls stand at either side of you  (presumably, they’re good friends of yours) and that’s about it. In-game, the enemy soldiers are suitably non-descript, but are well animated as they run across the screen hiding and taking aim at you.

One huge bonus point Operation Warcade has in its favour has to be its creativity and fun. As you blast your way through enemy hordes, a disembodied voice praises you with one word sound bites like ‘Cool’; highly reminiscent of the Duke Nukem glory days. Some of the special weapons on offer are an absolute treat to play. Our favourite has to be the gravity gun which allows you to pick up enemy solders and vehicles and toss them back into the game, causing mayhem and lots of loud explosions. Brilliant. By no means does Operation Warcade attempt to reinvent the wheel. Instead this incredibly fun and challenging VR title is a love letter to the halcyon days of the arcade shooter. Long gone days that many reading this review will not recall, but all should experience at least once.

This incredibly fun and challenging VR title is a love letter to the halcyon days of the arcade shooter. Long gone days that many reading this review will not recall but all should experience at least once.