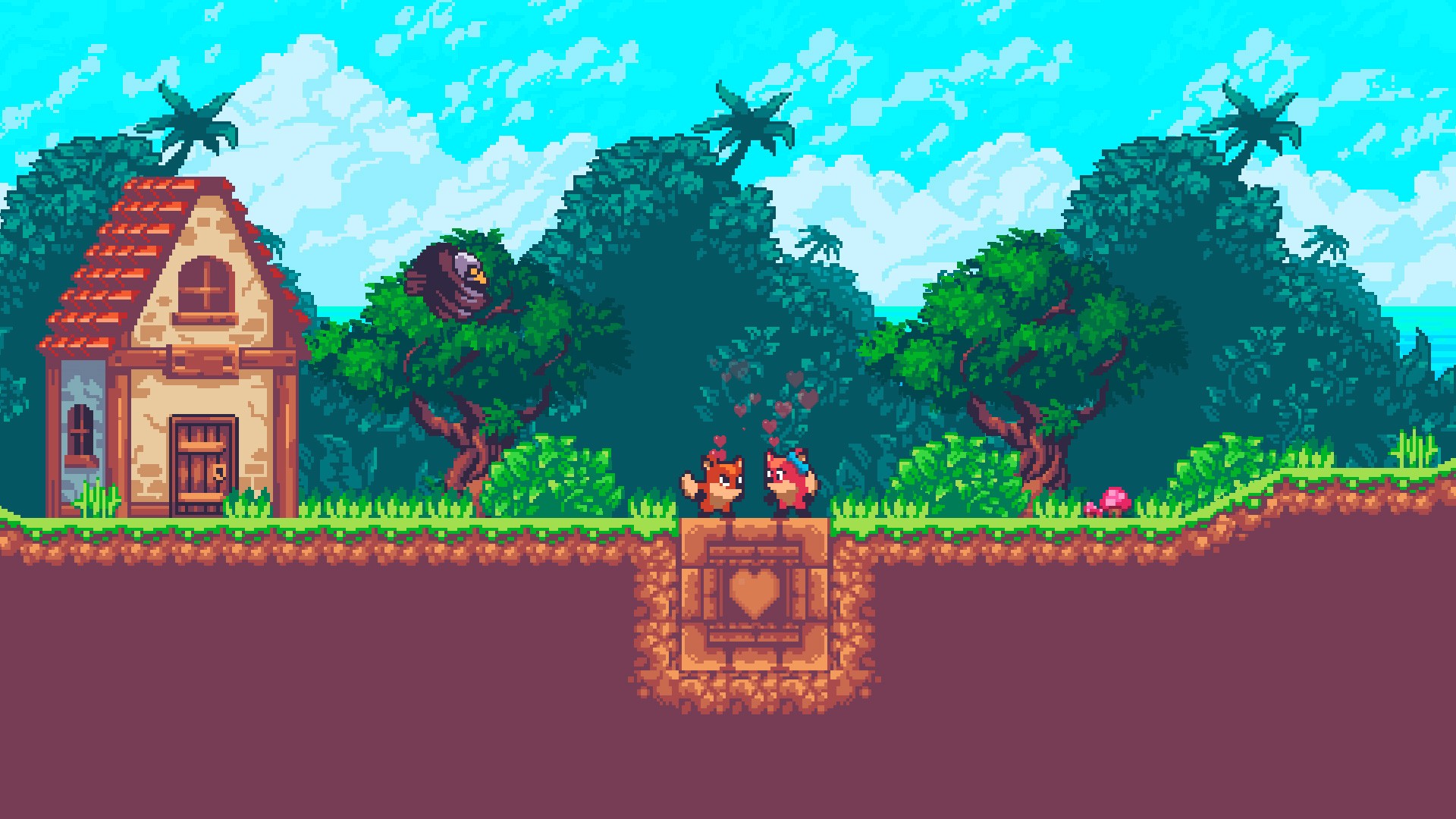 Do you miss the golden age of 2D platformers, where Mario was king and the princess was always in another castle? Are you dying to recapture that magic on a modern-gen console, only with an adorable, foxy protagonist? Well, that’s exactly what FoxyLand, developed by BUG Studio, is trying to do. The question remains: is FoxyLand a return to the classics of old or a relic that should stay forgotten in the annuls of time? There’s only one way to find out.

FoxyLand has a really simple premise – you are a simple fox in love, whose girlfriend has been captured by a hawk and taken off to who knows where. It’s your job to set out and rescue her from whatever nefarious creatures stand in your way. It’s far from plot heavy, and quite honestly, this is all the plot you’ll be getting from this game, but it’s just the right amount of context to frame the journey to come.

FoxyLand plays host to a grand total of 36 short levels, and 3 additional Halloween-themed levels, where there’s more of the same but with pumpkins and bats sprinkled throughout for good measure. Each level generally takes players a matter of minutes to complete, making FoxyLand a surprisingly short experience, but it’s one that quickly outstays its welcome. Levels are bland and forgettable, far removed from the Nintendo classics that FoxyLand draws its inspiration from, and are all the more disappointing when compared to modern platformers like Shovel Knight, which helped reinvigorate the genre. 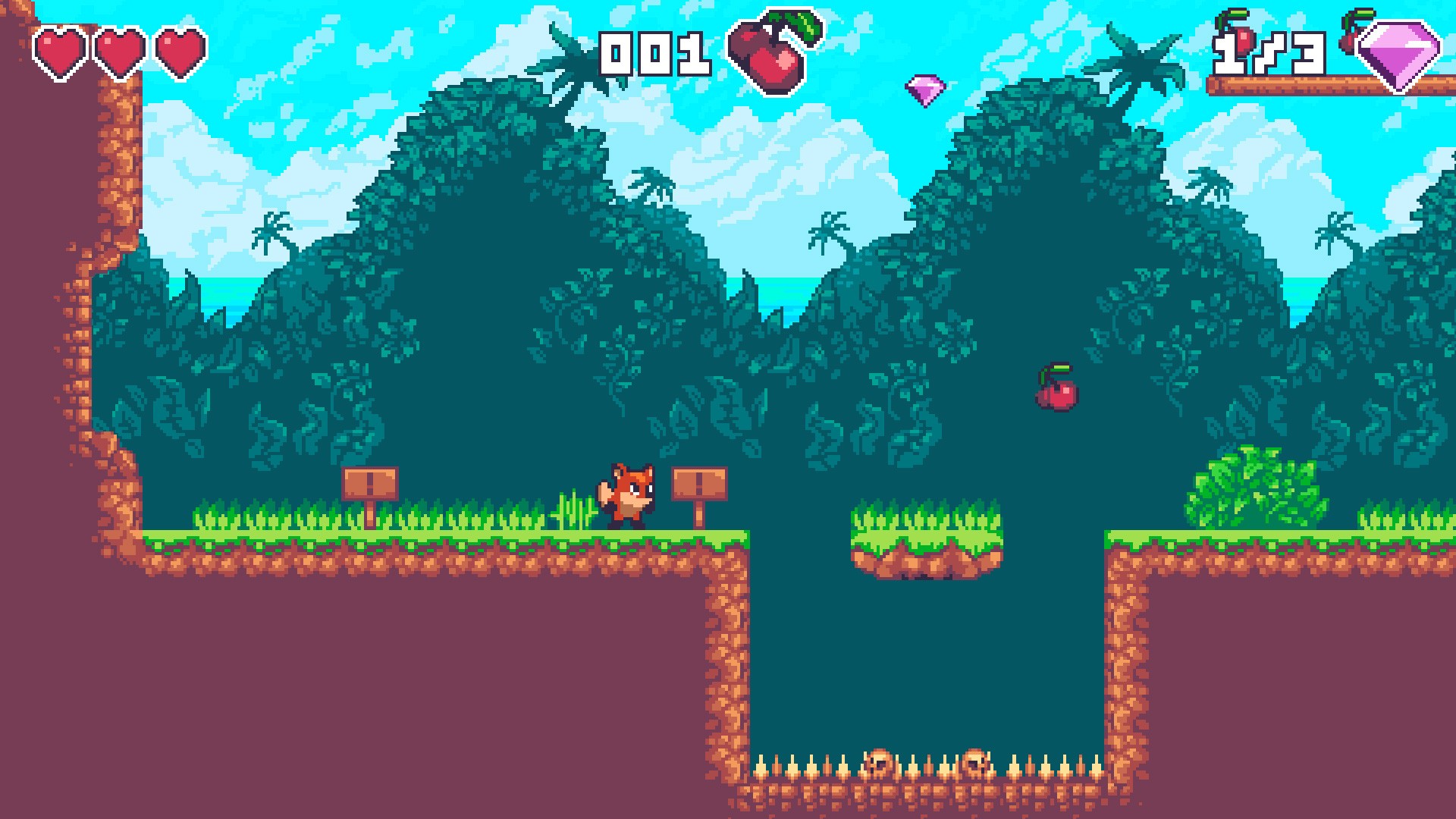 To progress through the game, players must collect every diamond scattered through a given level. Some of these diamonds will be in easy-to-reach places, while others may take a little extra thought to reach and uncover. There are also a tonne of cherries dotted throughout the levels, which act as FoxyLand’s currency, allowing players to buy some adorable costumes for their fox, like a cute pink bandana or a Robin Hood hat. These costumes essentially act FoxyLand’s sole incentive to replay the game, although the number of cherries required to unlock all costumes is a little excessive.

The pixel art style of the player character (fox) is by far the best aspect in FoxyLand, as it’s bright, colourful and utterly adorable. However, he stands in stark contrast to the simple copy-and-paste assets that make up the environments. The world’s bland and uninteresting blend of browns and greens quickly make the game monotonous to play, as there’s very few hints of colour throughout the entire game.

Now, to follow on from the visuals, I can’t overstate the importance of visual cues enough when it comes to crafting a challenging but fair user experience in a tricky platforming game. Sadly, while most 2D side-scrolling platformers will use slight variations in colour or texture to convey potential danger to the player, this is a memo that FoxyLand obviously missed, resulting in some infuriatingly designed, verging on unfair, levels.

FoxyLand feels surprisingly reminiscent of the notorious Cat Mario, as hazards will appear out of nowhere, leading to many unfair deaths – which left me feeling more than a little irritated. 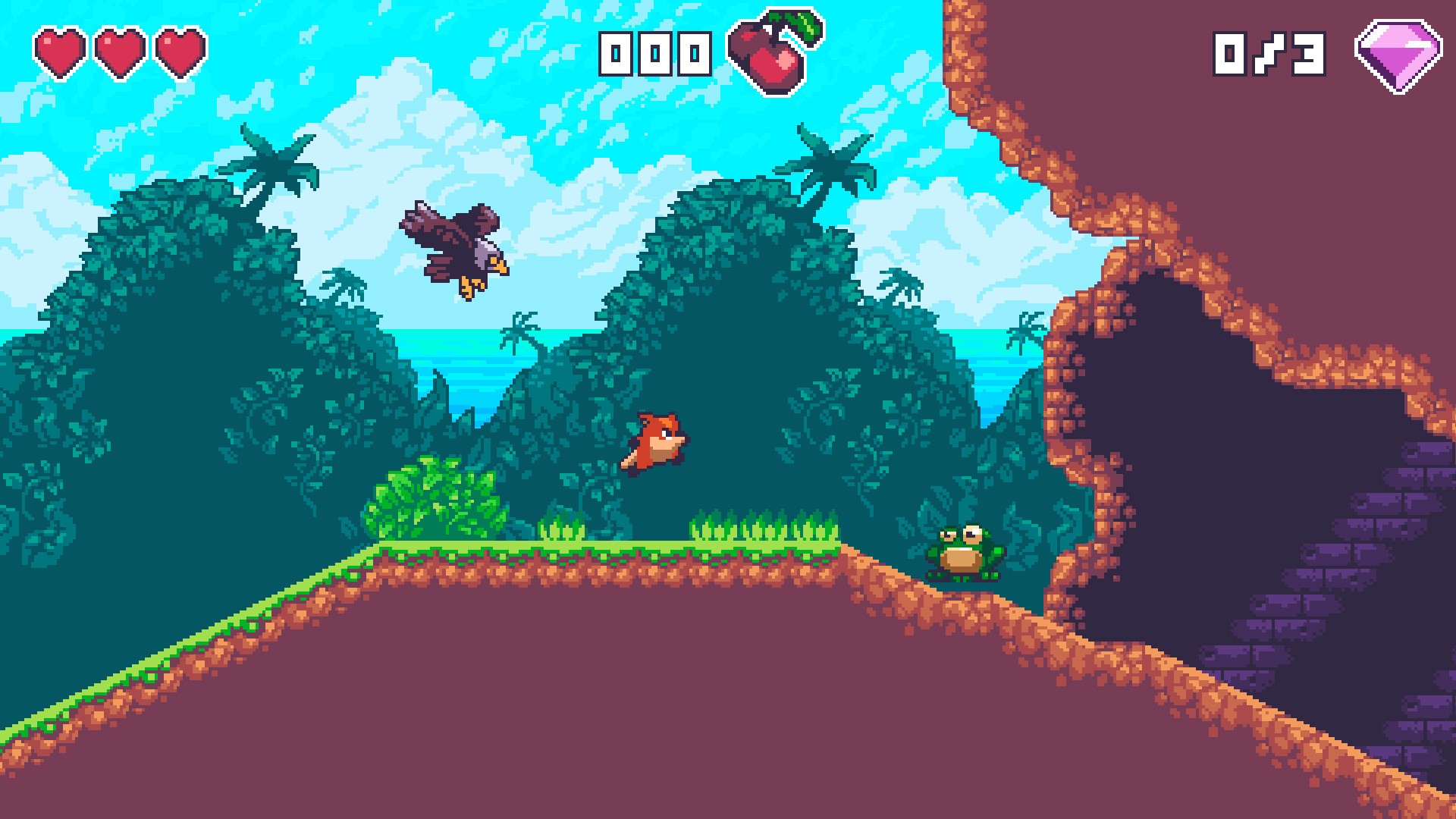 If you were hoping for a relaxing yet challenging platformer, then maybe FoxyLand isn’t the game for you. Enemies spawn infinitely, making it nearly impossible to backtrack without losing health, which makes executing precision platforming a nightmare due to knockback that will almost certainly kill you, and will most definitely annoy you.

Floors and platforms will disappear or fall at random with no visual distinction between safe and unsafe regions of the stage, resulting in an incredibly frustrating user experience. These pitfalls will often lead to spike-filled traps or a hidden enemy, which leaves little to no time for players to react. On the plus side, however, when you take damage, a small period of invincibility is granted that I found myself exploiting time and again to breeze through otherwise annoying areas.

FoxyLand is a pretty lacklustre game from start to finish. The game is painfully short, but still leaves enough of an impression in that time that you’ll most likely be relieved to reach the end. Visuals were muddy and repetitive and lacked essential visual cues, vital for crafting a solid platforming experience. Combining these issues with a repetitive soundtrack and a complete lack of replay value, you’d be better off looking elsewhere for your platforming fix, because there’s some incredible examples out there, but sadly FoxyLand isn’t one of them.

FoxyLand tries to provide a classic 2D platforming experience but comes up short in this bitesize title for the Nintendo Switch.