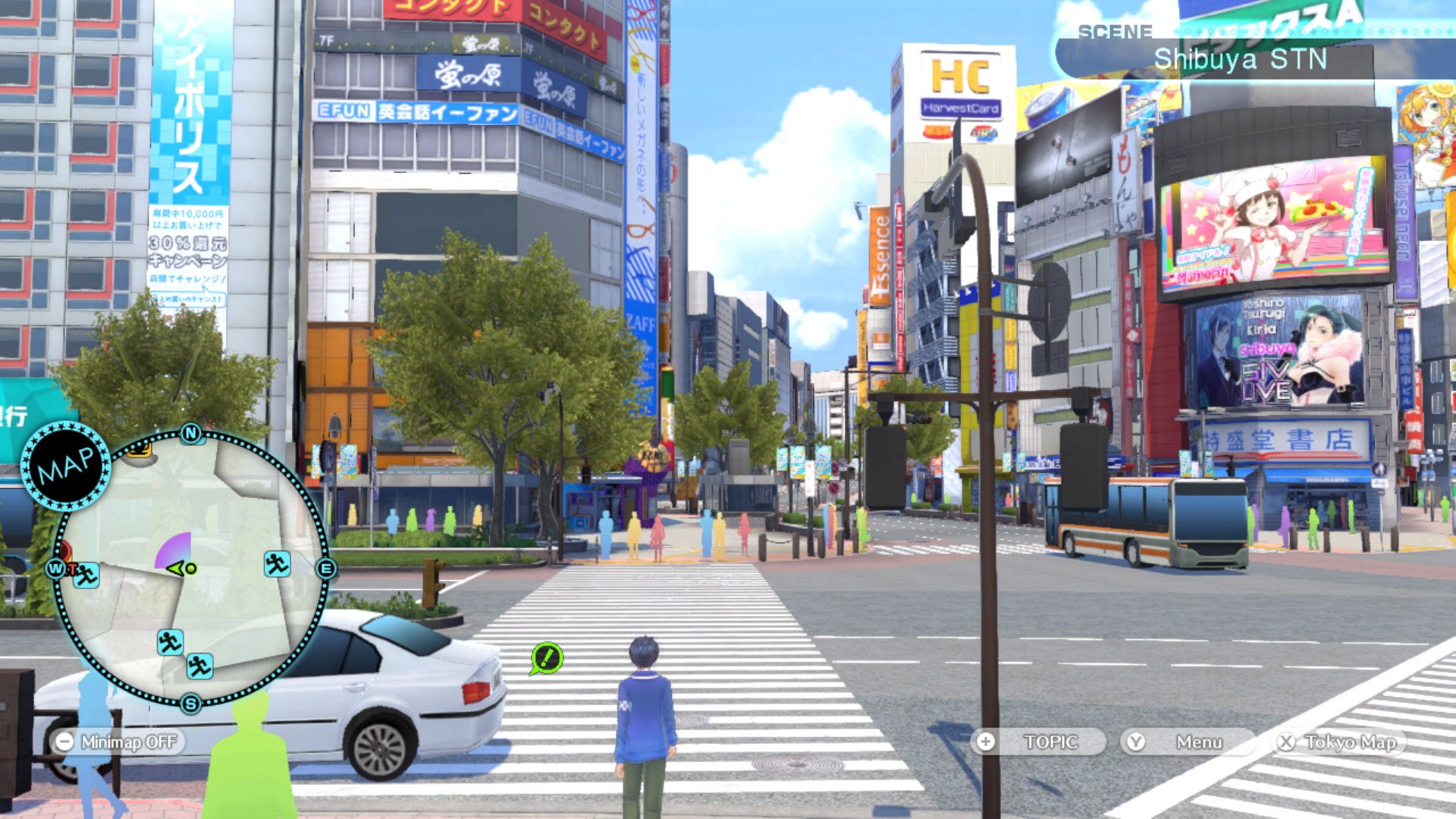 Despite the negativity that surrounds Nintendo’s Wii U console, it can’t be denied that it spawned a series of exclusive titles that can be deemed as classics. However, despite being missed by a majority of gamers, these titles are being given a fresh breath of life as Nintendo continue to port them over to their more successful Switch console and, ultimately, a larger user base for more fandom. The latest title to receive such treatment comes in the form of Tokyo Mirage Sessions #FE Encore, a JRPG that received critical acclaim, but released towards the end of the Wii U’s life-cycle, meaning that it was a title that may have gone under a lot of radars. So, if you missed it the first time, then this may well be a title worth investigating as it returns for an encore on the Nintendo Switch.

Developed by Atlus and published through Nintendo, Tokyo Mirage Sessions #FE Encore revolves around the story of a group of Japanese teenagers who, unwittingly, become involved in the spectral plains of the Mirages; a series of ghostly forms that feed off Performa, the natural ability, or power, that people posses in order to perform singing, acting or dancing. Under the guise of Fortuna Entertainment, an office for the performing arts, the band of unlikely heroes cross realms by entering a series of portals known as Idolapsheres. Within these dungeon-styled worlds, the teenagers take on the roles of Mirage Masters and call upon the powers of the friendly Mirages, that they control, to combat the evil entities and put an end to a series of strange disappearances from within the real world and the quest for the Mirage’s domination of Performa.

It sounds wacky and believe me, it is. But for everything that’s weird about the whole premise of the game, it’s equally as wonderful too, with a Shin Megami Tensai and Fire Emblem crossover, splashes of colour and positivity, upbeat soundtracks of J-pop culture and an overriding sense of pure, unadulterated fun that lures you back in time and time again. This is largely due to its addictive nature of constant exploration and reward, as well as a whole host of upgrade features that build each of the personas and abilities of each character. It’s also here where the game shines, with an investing storyline and interesting characters. However, its real jewel lies in the crown of its pleasing combat. 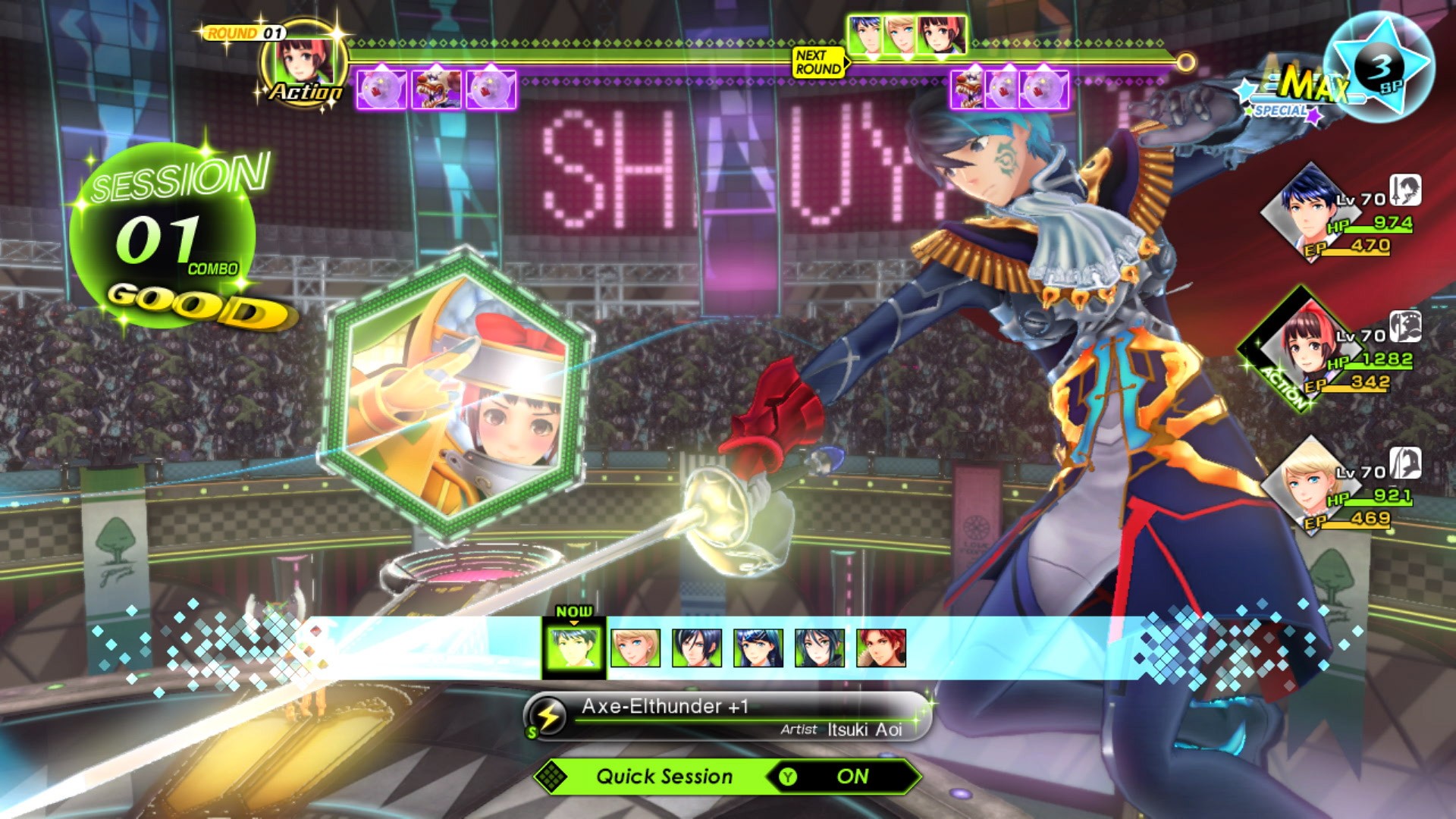 The #FE, or Fire Emblem, component of the game comes in the form of the friendly Mirages who take on the guise of characters from across the whole FE series. However, if you’re a particular fan of Fire Emblem then you may be disappointed to know that this is far as as its representation goes. Apart from a few familiar sounds and guises, the gameplay element of this game is more Shin Megami orientated. Whether it be Chrom or Caeda, these characters play the role of the friendly Mirages and lend their power to the band of teenagers in order to fight the spectral appearances of the other Mirages. These enemy types come in a number of forms within the Idolaspheres or dungeon levels; each one requiring a tactical level of gameplay in order to succeed in the combat elements of the game.

Each of your party characters come with a variety of options when it comes to combat; be it a straight or skill attack, an item to use or to just a plain old escape. Each of the attack variations come in a number of ways, from weapon types and elemental powers. Depending on the enemy, some are immune or weak to specific attacks and its up to you to figure out which moves deal the most damage. However, the real satisfaction comes from finding a specific move that not only deals damage, but also triggers a variety of combination attacks from sessions, ad-libs and specials that sees your party members join your attack to blow massive amounts of damage. The animations surrounding these triggers are impressive and immensely satisfying to pull off.

These turn-based combat sections of the game largely take place within the dungeons of the Idolaspheres. Each of these levels within the game also contain a form of puzzles that need to be overcome, as well as a series of boss fights. Both of these elements contains a nice balance in their difficulty, with some offering a tough stance, but none of them are ever frustrating. These areas also take place in a variety of locales, from futuristic neon passages and Tokyo-inspired pathways to the sunsets of ancient Japanese temples. The exploration of these levels, avoiding combat or partaking in it and opening chests to finding items holds a very addictive lure to its make up, as you battle onwards to see what lies next, what upgrade you unlock or where the story is going to take you. All the time I was playing this game, I wanted more and when I wasn’t playing, I so wanted to jump back in; it’s that addictive. 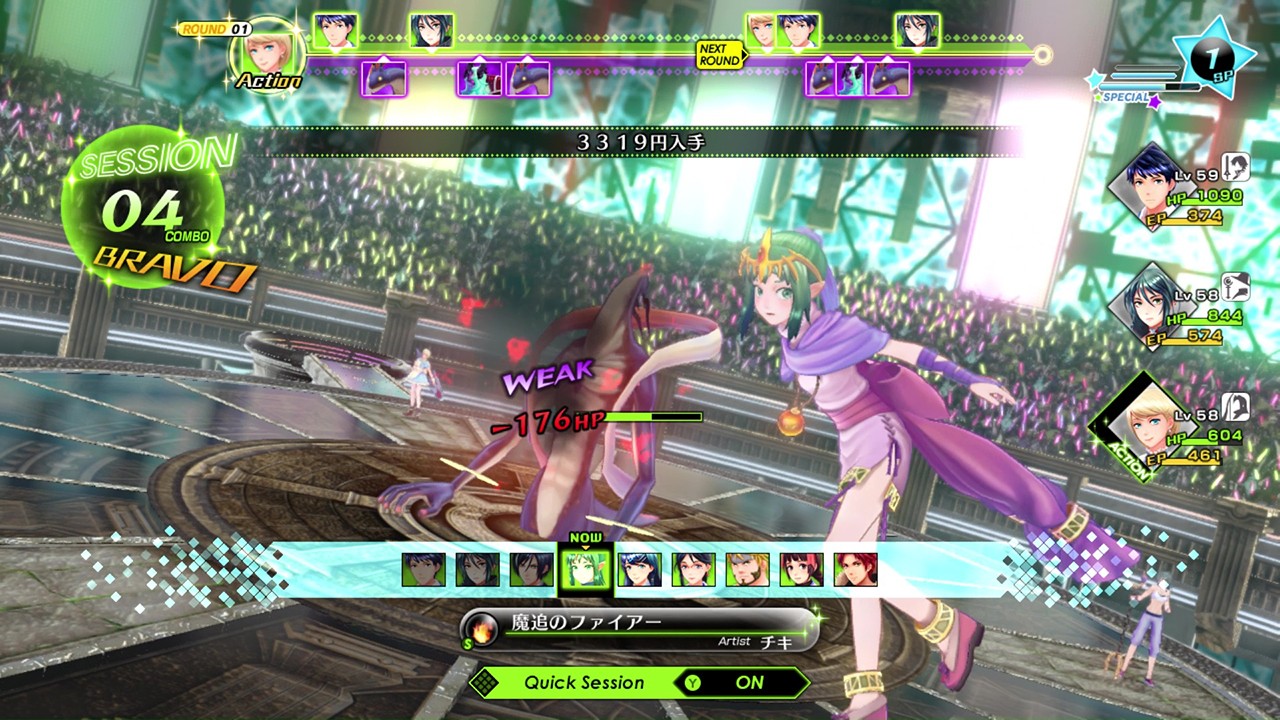 If there’s one part of the game that is a little underwhelming, then it has to be the overall package of this Encore edition of the game for the Switch. It does come with a few extras and most of the DLC from the original version of this game. However, the majority of it is a largely a wasted experience. For instance, you now have the option to choose whether one of the central characters, Tsubasa, wear glasses or not. It’s hardly ground-breaking or adds anything to the overall game, but I suppose for the hardcore fan out there, it’s a nice inclusion. Other additions also include more involvement from some supporting characters who now join you in battle, a series of new songs, as well as some covers of older ones and the ‘Mirage Hunter’ support dungeon that can greatly increase stats and skills. If you’re looking for the more risque ‘Hot Spring’ DLC though, then you’ll be disappointed to learn that is not included. In fact, this Encore edition of the game is based on the Western release which was toned-down to make it more marketable.

Its biggest addition though, comes in the form of a new ‘EX Story’ that holds a new dungeon to explore called the ‘Area of Aspiration’. Within its walls you’ll learn more about the central characters and the backstory that surrounds them. It may be short and sweet in the overall context of the game, but it’s also a place where you can unlock exclusive items, including some attire from the most recent Fire Emblem game, Three Houses. When compared to other Wii U ports, there isn’t a great deal of meaningful content or additions to this game, but in all honesty, it doesn’t really need it, as on its own, this is an exciting JRPG that can easily stand on its own; even if it is a simple port.

Overall, Tokyo Mirage Sessions #FE Encore is one the most exciting and enticing JRPGs to be released upon Western shores. It may not match the scale of other examples within its genre, but for pure playability and fun, nothing else comes close. Its strange, because there’s nothing really ground-breaking here and even holds many elements that I don’t particularly like, such as a Japanese-only voice overs (there are English subtitles though), yet it was still a game that had me playing every day and still does. If you never got a chance to play the game upon the Wii U, then you’ll owe it to yourselves to experience it on the Switch, as it’s simply compelling. However, if you’re thinking of dipping your toes again, then be sure to know that its new additions and content may not be enough to warrant a return; unless you’re a real hardcore fan. If you’re simply looking for a fantastic example of Japanese role-playing at its finest though, then you need look no further than the encore that this game plays.

Tokyo Mirage Sessions #FE Encore sings its heart out to produce one of the most Chrom-pelling JRPGs to date.